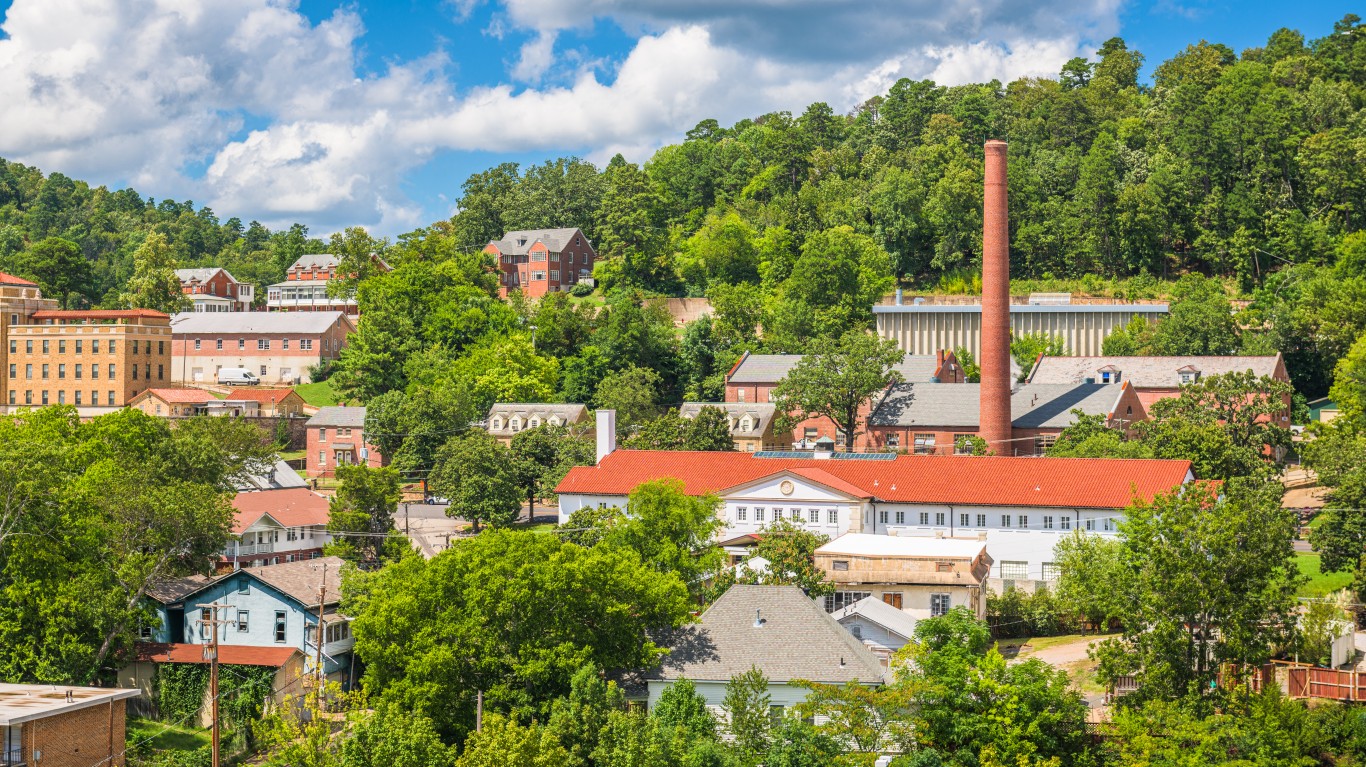 A college education has long been a key driver of upward economic mobility in the United States. However, enrollment costs at colleges and universities have soared in recent years, making a four-year postsecondary education prohibitively expensive for many working- and middle-class families.

Cost is not the only factor to consider before attending college. The chosen career path is another. For some business owners and those pursuing a career in the trades, the military, law enforcement, or public safety, a bachelor's degree may not be necessary. Regardless of personal considerations, in some parts of the country, Americans are far less likely to have a four-year college degree than in others. (Here is a look at the highest paying jobs you can get without a college degree.)

In Arkansas, an estimated 25.3% of adults 25 and older have a bachelor's degree or higher, below the 35% share nationwide and the third lowest among all states.

Nationwide, median earnings among workers with a bachelor's degree stood at $61,073 in 2021, compared to $35,019 among working adults with no more than a high school diploma. Due in part to lower-than-average bachelor's degree attainment rates, the median earnings among all working adults in Arkansas is $37,936 a year, less than the comparable national median of $45,943.

How gas prices have changed in Kansas in the last week

Most popular baby names for boys in Kansas

All income and education data in this story is from the U.S. Census Bureau's 2021 American Community Survey. Annual unemployment rates are from the Bureau of Labor Statistics.

Originally published on 247wallst.com, part of the TownNews Content Exchange.