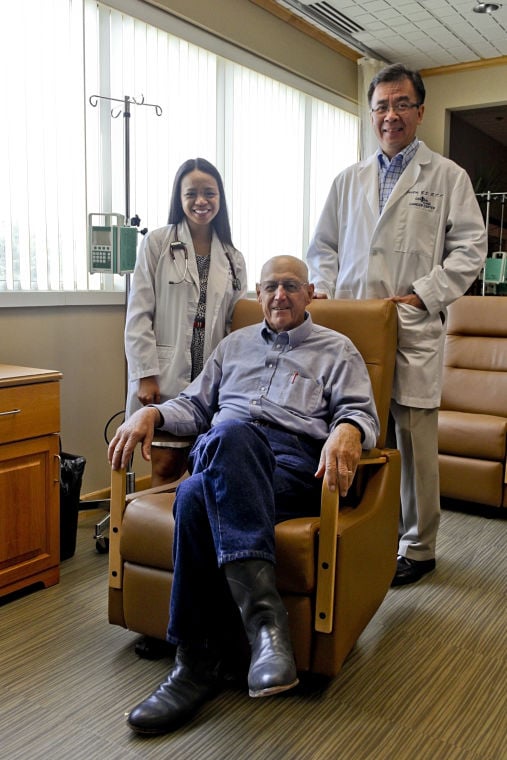 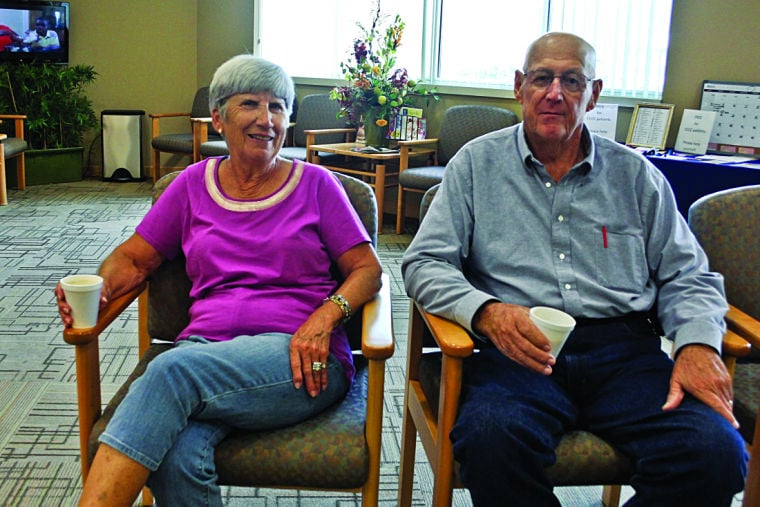 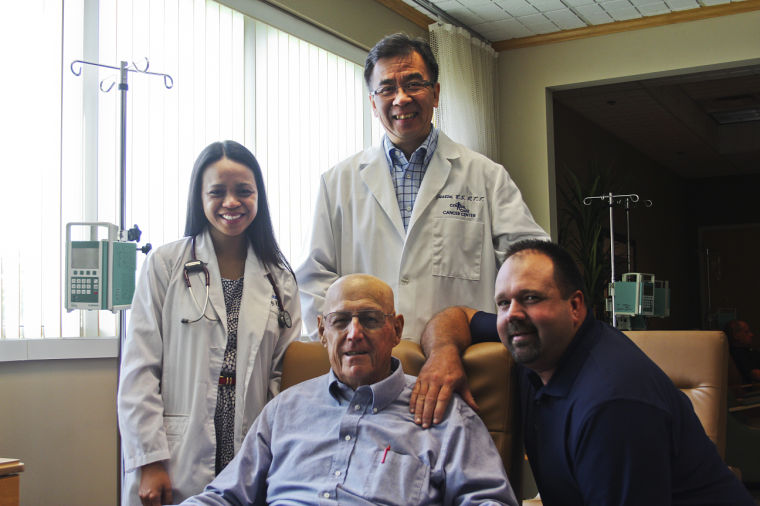 “It’s a wonderful place,” said Springeman, who started her treatments July 29 and has done 23 treatments as of Wednesday. “I’m glad we got it here instead of having to go off somewhere.”

Springeman, 88, lives alone and drives to the center herself, she said. Springeman worked for the Emporia school district and kept its books for 25 years in the old U.S. Post Office building at 501 Merchant St., before retiring in 1989.

Springeman was one of about 50 people who celebrated the center’s 10th anniversary in Emporia at an open house Wednesday.

The participants also honored people who have died of cancer over those 10 years, and they supported community members who have cancer, said Clinic Manager Justin Branine.

He has managed the center since its inception in August 2003. Branine said the center partners with Newman Regional Health regarding PET scans, MRIs, CT scans, X-rays, lab work and the W.S. & E.C. Jones Breast Care Center.

The Central Care Cancer Center has seven locations throughout Kansas and two locations in southwest Missouri, according to the company’s website (www.cccancer.com). Its headquarters are in Salina.

The Emporia facility provides chemotherapy and radiation treatments for patients who have cancer. Dr. Cinderella Chavez is the medical oncologist and hematologist. Dr. Jorge Wong is the radiation oncologist. The center also has a nursing staff who are board certified in oncology nursing, Branine said.

Chavez lives in Emporia, and she is at the center five days a week. She graduated with a doctor of medicine degree from the College of Medicine at the University of the Philippines in Manila, Philippines. She completed her internal medicine residency at St. Luke’s-Roosevelt Hospital Center, Columbia University, in New York. She did her medical oncology and hematology fellowship at Long Island Jewish Medical Center in New Hyde Park, N.Y.

The radiation treatment period averages about six to eight weeks, Branine said. Each treatment takes about 10 to 15 minutes out of a patient’s day. The Emporia facility does the radiation through a Varian linear accelerator, which is 120 MLC (multileaf collimator). Everything is perfectly aligned before the patient is given the treatment.

“It’s state-of-the-art equipment in our facility,” he said. “It’s the same thing you would get anywhere else. We do image-guided radiation therapy (IGRT). That’s an important thing to have. That’s the standard of care that people need to see for an oncology facility.”

Prince Charles: We need a new economic model or the planet will burn

Taylor Swift opens up about eating disorder in documentary

Schiff: This year fewer people live in freedom than before

Chemotherapy injections could be 30 seconds or six hours, Branine said. If the doctors want a second opinion from another hospital, they send records to the specialist who can talk to their patient via an interactive television in a conference room at the center.

Branine hopes the center can have drug trials by early October, and it is partnering with Newman and the Midwest Cancer Alliance, he said.

The center is an incredible environment, said Becky Loosen, of Derby, who came to Wednesday’s open house. Her mother, June Monnard Sauder, received treatments at the center for inflammatory breast cancer for 11 months before she died in 2005. The idea for the June Bug Cancer Foundation, named after Sauder, came from the center’s employees in 2007. The foundation helps patients with some of their financial obligations.

“I think it’s a reflection of the philosophy of the cancer center,” Loosen said. “It’s that really caring, personal touch that means so much to people. It’s just an incredible treatment center.”