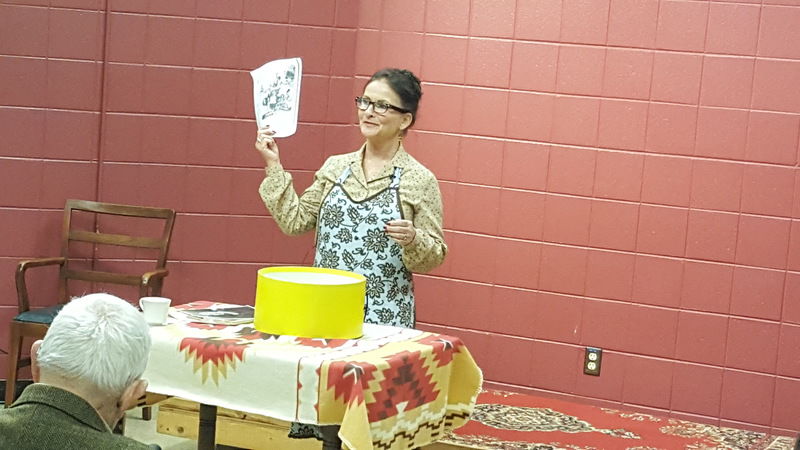 Jessie Wagoner/GazettePauline Sharp portrayed her grandmother Lucy Tayiah Eads who served as principal chief of the Kanza Tribe from 1885 - 1908, during the One Hundred Years of Time Travel program on Saturday. 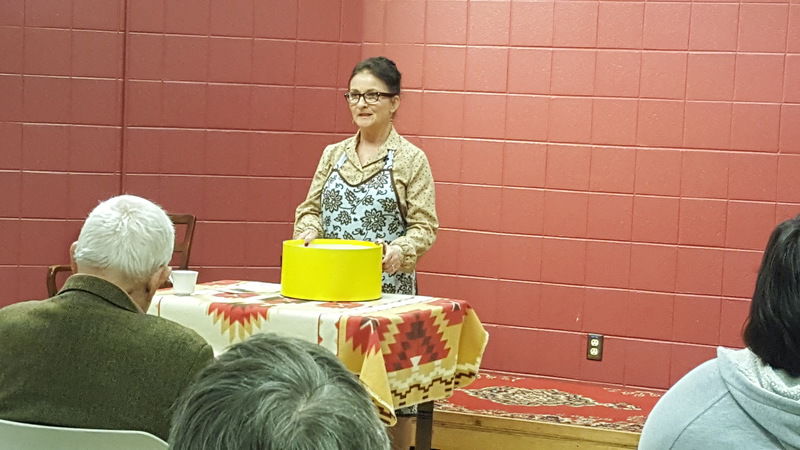 Jessie Wagoner/GazetteThe history of Lucy Tayiah Eads was one of three historical figures presented in the One Hundred Years of Time Travel production. Richard Feynman and Jeremiah “Sockless Jerry” Simpson were also presented. 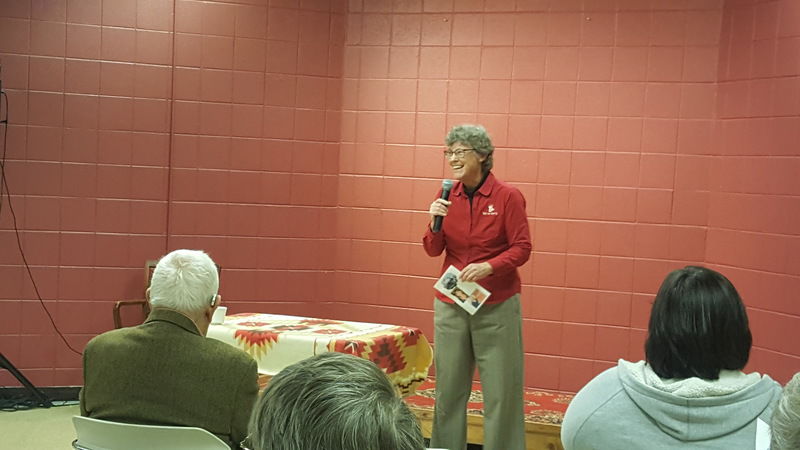 Jessie Wagoner/GazetteAnn Birney served as the time travel facilitator for the program.

Jessie Wagoner/GazettePauline Sharp portrayed her grandmother Lucy Tayiah Eads who served as principal chief of the Kanza Tribe from 1885 - 1908, during the One Hundred Years of Time Travel program on Saturday.

Jessie Wagoner/GazetteThe history of Lucy Tayiah Eads was one of three historical figures presented in the One Hundred Years of Time Travel production. Richard Feynman and Jeremiah “Sockless Jerry” Simpson were also presented.

Jessie Wagoner/GazetteAnn Birney served as the time travel facilitator for the program.

History came to life over the course of the weekend during the Ad Astra Per Aspera: Dreams and Challenges production.

“Ad Astra per Aspera,” which means “to the stars through difficulty,” is the slogan of the state of Kansas. The three historical performances provided an opportunity to ponder the choices made over time and the inspirations for those choices. Each historical figure faced difficult situations and rose to the challenge. The performances gave a historically accurate, yet emotional look into the lives of each figure.

“It is so exciting having lots of people doing first-person narratives in the areas they are really familiar with,” time travel facilitator Ann Birney said, “people who have made decisions that have been made over time, decisions that have impacted each and every one of us.”

Saturday afternoon, Sharp shared the story of the Kanza (Kaw) people through the character of her grandmother, Lucy Tayiah Eads. Eads faced many challenges in her life, which began in 1888 when she was born on the banks of the Little Beaver Creek in a teepee. She was born in Indian Territory, which is now Oklahoma. She was the adopted daughter of Chief Wah-Shun-Gah. He served as principal chief of the Kanza from 1885 - 1908.

An inquiring professor wanted to know: What was Thanksgiving like during the 1918 Spanish flu?

Roy Jones Jr. on his bout with Mike Tyson

When will business travel recover?

Eads attended Haskell Indian school from 1901 - 1908, where her education focused on nursing and assimilation. By the time she left Haskell, she no longer remembered much of her native language. Eads temporarily relocated to New York, where she married her first husband before returning to Kansas. She and her husband quickly had several children, one of whom had serious health problems. In the midst of the stress, she and her young family returned to Oklahoma to be near her family for support.

Eads and her first husband divorced, she remarried and had several more children with her second husband. Her son, Mark, is Sharp’s father. Eads and her husband owned a business, maintained more than 800 acres of land and were leaders in the community. By age 34, she was named chief and served in that capacity until 1934.

Following the presentation, Sharp answered questions from the audience — first in character as Eads and then as herself. Sharp is a citizen of Kaw Nation and past vice president of the Kaw Nation Cultural Committee. She resides in Wichita with her husband, Doug Sharp. She provided an update on the Kaw Nation currently.

“These days, there are around 3,500 tribal members,” Sharp said. “We are located just south of the Kansas - Oklahoma boarder. We have two casinos, Southwind Casino, which is, I’m sorry to say, where most of our revenue comes from. There are language classes taught, they have an immersion class for the children. It is an active tribe.”

Ride into History is a historical performance troupe of Birney and Joyce Thierer of Admire. They are best known for their interpretations of Amelia Earhart and Calamity Jane and for workshops. The American Association of State and Local History will soon be publishing their book, Performing History: Researching, Writing, Acting and Coaching Historical Performance.