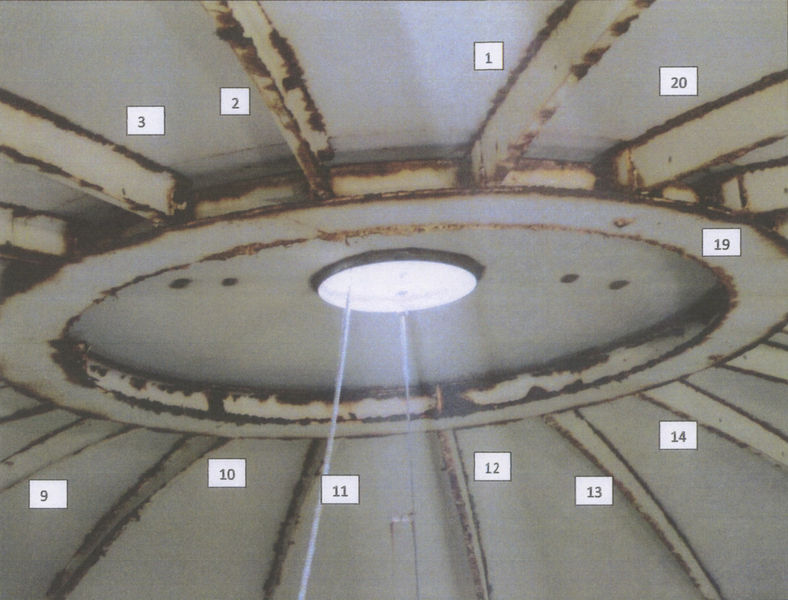 Courtesy photoRust inside of the east water storage tank was significantly worse than the rust on the west storage tank. Due to the significant rusting on all of the beams, they need to be replaced. 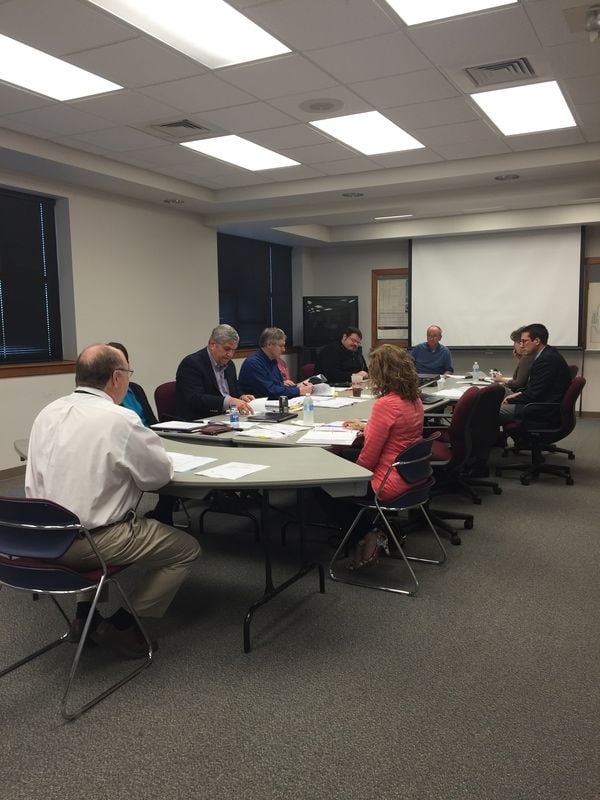 Courtesy photoRust inside of the east water storage tank was significantly worse than the rust on the west storage tank. Due to the significant rusting on all of the beams, they need to be replaced.

At Wednesday’s city commission meeting, commissioners voted in favor of two water projects in the first portion of the council meeting, which was an action session continued from last week.

In July of 2015, the commission approved a contract with Xylem/Wedeco Water Solutions to provide detailed manufacturing specification and production of specialized ozone replacement equipment located at the water treatment plant. The current ozone equipment was installed in 1995 with a 15-20 year life expectancy and is utilized for disinfection of the city drinking water.

After the initial award totaled $1,387,685, during the manufacturing plan development for the equipment it was discovered that additional changes would be necessary to assure the equipment would function as designed in the city water treatment plant. The original award amount covered the general cost of the building, however, in many respects, the equipment must be custom built to fit in the existing plant. This was not discovered until the final manufacturing details were reviewed.

The changes to plan increase the costs by $111,912 or 8.1 percent and were approved by the commission.

“The whole project, at this point, is waiting for final approval from KDHE,” said Frank Abart, public works director. “We expect probably before the end of next week (they will approve it) and then we will request authority from the city commission to advertise the bids. So, they will set a date and a time to receive bids. … We will let the market determine the actual price of the installation of the equipment.”

In August of 2015 the commission approved a contract with Utility Service Group to rehabilitate two water storage tanks located at the Water Treatment Plant. The tanks were constructed in 1947 and have not been rehabilitated since the early 1980s.

The west tank was recently rehabilitated and put back into service. Inspection of the east tank showed it to be in significantly worse shape than the west tank, for unknown reasons.

All 20 of the roof beams need to be replaced due to significant deterioration, at a cost of $88,000. Two inner structural steel support rings need to be replaced at a cost of $31,400. These rings are essential in supporting the roof beams. The change order request also includes the removal of an old interior painter’s ladder that was falling off the interior tank wall, in the amount of $1,875.

Abart said the difference in the conditions of the two tanks was surprising considering they are side-by-side. He anticipates the east tank to be complete by the end of May.

With one tank temporarily out of commission, that leaves Emporia with 1.5 million less gallons of water in reserve. Abart said the KDHE recommends water districts keep one and a half times the daily amount of water used in reserve.

How Many Steps to Walk Away From Diabetes?

Abart said Lyon county, which uses five million gallons of water a day, is in need of more water storage but the cost to build a new storage tank similar to the ones they are rehabilitating would cost about $3 million for the tank itself, not including new piping. Having excess water supply is most important when the plant has to temporarily shut down for maintenance. Abart said about once a year the plant pipes and tanks are cleaned of deposit build up, a process which takes about a day and requires the plant to shut down.

The total of the three changes is $121,275 and the additional charges were approved.

Commissioners approved a bid from Mies Construction Company, Inc. for the Warren Way project at the price of $1,025,607.95.

In the second portion of the meeting, commissioners discussed:

Updates on the ozone project