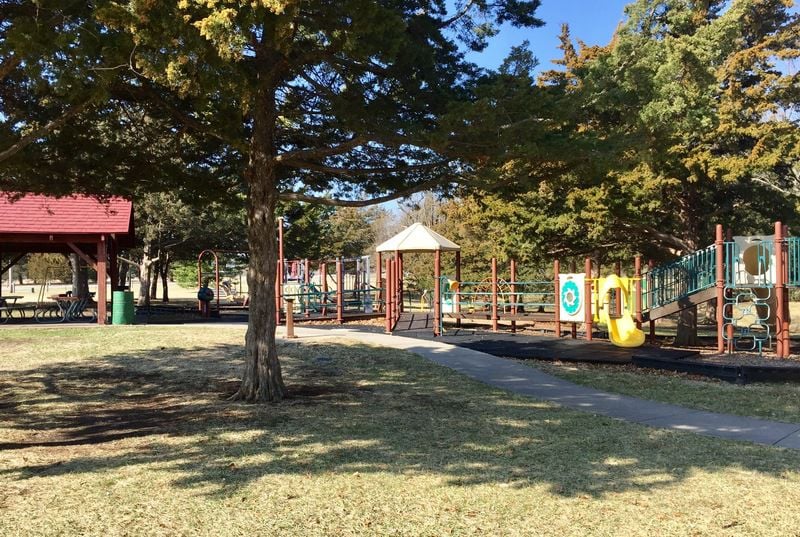 Mary Ann Redeker/GazetteSmoking and the use of tobacco will now be banned from this playground at Jones Park due to an ordinance passed Wednesday evening by city commissioners in the Municipal Courtroom. 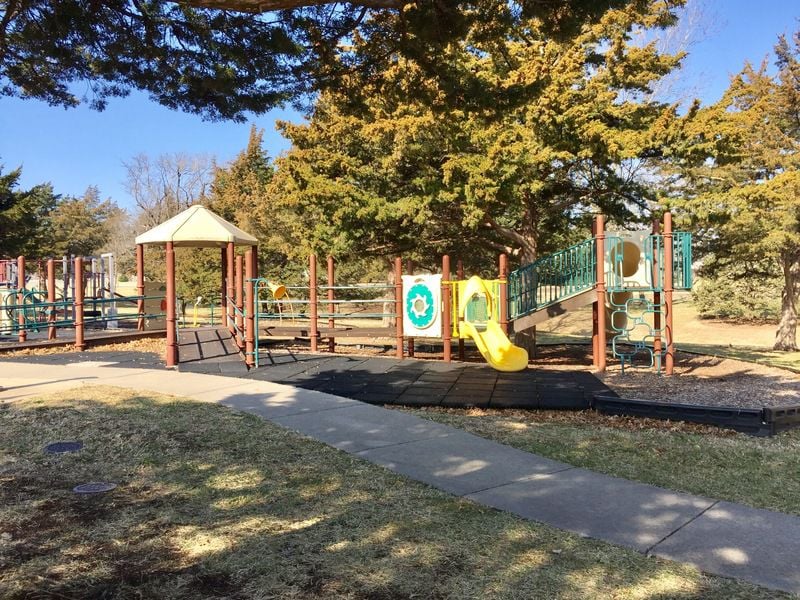 Mary Ann Redeker/GazetteThe playground at Jones Park is one of the areas in which smoking and tobacco will now be banned. Emporia city commissioners passed an ordinance banning smoking and tobacco in playgrounds within city parks during their action session Wednesday evening in the Municipal Courtroom.

Mary Ann Redeker/GazetteSmoking and the use of tobacco will now be banned from this playground at Jones Park due to an ordinance passed Wednesday evening by city commissioners in the Municipal Courtroom.

Mary Ann Redeker/GazetteThe playground at Jones Park is one of the areas in which smoking and tobacco will now be banned. Emporia city commissioners passed an ordinance banning smoking and tobacco in playgrounds within city parks during their action session Wednesday evening in the Municipal Courtroom.

Emporia city commissioners banned the use of tobacco and smoking on playgrounds in public parks Wednesday during their action session in the Municipal Courtroom.

The ordinance prohibits the use of any form of tobacco product or electronic cigarettes on any playground in any city park, or within 20 feet of playgrounds.

Daphne Mertens and Teresa Briggs from Healthier Lyon County have been advocating for the ban for some time, in concerns for the safety and health of children and their parents.

“We didn’t want a punitive ordinance, but we wanted to be respectful of families and kids on the playgrounds,” Briggs said.

The distance of 20 feet shall be measured from any clearly defined perimeter of such area including but not limited to nets, fencing, play surface edges and mulch bed edging. Any person found to be in violation will be ejected from the park.

Playgrounds are defined as any section of a city park having children’s play equipment, sports courts, ball diamonds, pools or splash pads. Golf courses and disc golf courses will be excluded from the ordinance.

Tobacco is any product containing, made or derived from tobacco or containing nicotine. Electronic cigarettes are defined as any device that produces smoke, mist, vapor or aerosol whether or not it is a tobacco product, with the exception of medical devices such as nebulizers.

“I think this is a good thing,” Mayor Danny Giefer said. “I have grandkids now, and when we go to the park, a plume of smoke is not appealing. It’s for the safety and health of the kids and their families.”

In other business, commissioners passed a request by property owners Edward, Marilyn and Jake Dalton to re-zone property at 502 S. Commercial St. from R-1, low density residential to C3, general commercial district in order to allow for the sale of the property.

“This property is unique in that it has split zoning,” said Joe Foster, Emporia planning and zoning specialist. “The planning commission has already approved the request. There is a potential buyer who wants to clean up this property.”

A few of the neighbors in the area of the property spoke in opposition to the request.

Rhonda Barnett shared pictures of the building in question, which were taken in February.

“The problem is the appearance of the property,” Barnett said. “It’s been in a continuous state of squalor with the last two owners who have allowed debris, junk vehicles and trash to litter the property. It looks like a salvage yard with trash in the back.”

“I would like to restore the property and make the front portion a museum,” Williams said. “It’s already C3, but has this spot in the center that is residential. If you would like to see a new building and jobs created, we need the change. I would like to have a trolly house museum, but it’s a big building, so there would be opportunities for other things in this space as well.”

“If Mr. Williams does the things he says, it will be a good thing,” Wagner said. “My concern is, if the zoning is changed to C3 for the entire property, and he sells it to someone else, then anything can go in. There has been problems with some of the other businesses in the area in the past.”

Commissioner Rob Gilligan said until the request came to the commission, he didn’t realize the property had two zonings.

“It’s C3 in the front, but 70 percent of the building is R1 in the back,” Gilligan said. “It’s inconsistent. The current owners have a potential buyer and that buyer doesn’t want to be hindered by a mixed zoning — whether it’s bank lending, development or whatever it may be. Having something properly zoned for what it’s being used for, and that’s commercial and has been apparently for 70 years, it makes sense. I understand the neighbors’ concerns, but unfortunately, we can’t make zoning decisions based on the risk of what could be.”

The commission also awarded a bid for the Waterline Improvement Project to SB Wyatt Contracting, Inc. in the total amount of $879,320.18. The project will replace an existing 20-inch water main under Twelfth Avenue from Prairie to Grand streets and an existing 4-inch main under E. Wilman Court and Rural Street. The project will be paid from the multi-year fund and with bond money.

Commissioners also awarded bids for 267 barricades and 10 carts to Sonco Worldwide in the total amount of $26,800.35 to be used as fencing for upcoming events. The funds will come from the transient guest tax fund.

During commission reports, Giefer said monthly local retail sales tax for February totaled $425,674.13 which was a decrease of 2.44 percent from 2017.

There were 41 building permits issued through code services for the month of February, with total valuations of $1,134,649. The Flinthills Mall CID for February was $16,298.62.

Granada Theatre for the All Things Gravel Expo.

A request for a beer garden at the Turnpike Troubadours Concert failed.

The commission will next meet Wednesday for a study session.