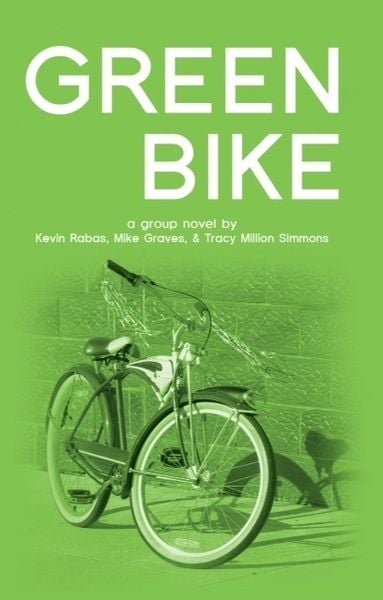 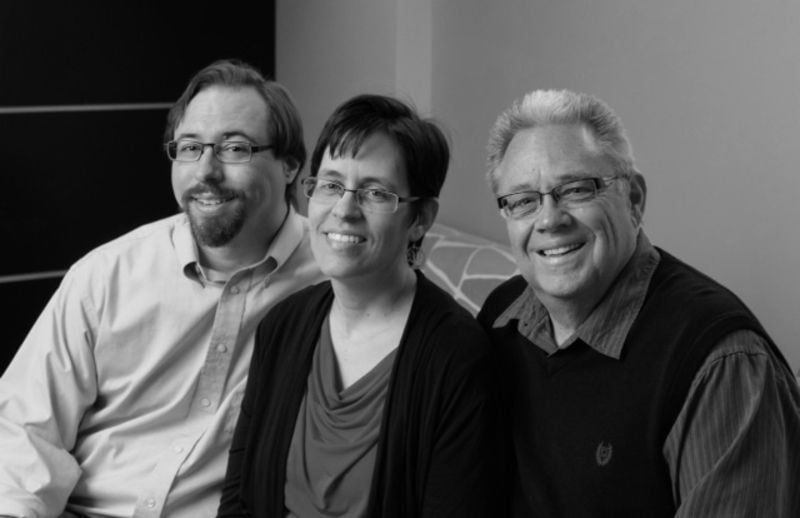 From left, Kevin Rabas, Tracy Million Simmons and Mike Graves. The trio will be signing their co-authored book, The Green Bike, from noon to 2 p.m. Saturday at the Town Crier, 716 Commercial St.

From left, Kevin Rabas, Tracy Million Simmons and Mike Graves. The trio will be signing their co-authored book, The Green Bike, from noon to 2 p.m. Saturday at the Town Crier, 716 Commercial St.

Green Bike follows the lives of three couples, using the “McGuffin,” or shared symbol, of a classic Schwinn bike to link parallel tales. Each author wrote the three tales of the novel independently and collaboratively by reading each other’s work as the story progressed.

According to Simmons, entries were posted as they were completed, in the same order as they appear in this book. The project started in September, with the final chapters being completed around March of the following year.

“It was a challenge that tested me on many levels,” said Simmons. “To write something and immediately share it with multiple readers, without the usual levels of internal processing — read, rewrite, read, rewrite — that my work usually undergoes, was a big step for me as a writer.”

“Green Bike reads like jazz improvisational solos: each author works the narrative threads, making them distinct yet seamlessly interwoven to create a layered novel. Like the classic Schwinn of the title, this book will lead you on a wonderful adventure,” says Hardy Jones, author of Every Bitter Thing.

“We love the collaboration of local authors and when they put out such a fine product as this book,” said Becky Smith, Town Crier Bookstore. “We love supporting new ventures and new authors, and how Emporia comes out to support them as well.”

Rabas called the novel “a wild campus romp.” He said, “It’s at once a love story, a love triangle, a kunstlerroman (artist’s way novel), coming of age tale, wild college days tale, and tale about losing an aging loved one. How can it be all of these things? Because it’s a novel of parallel tales. We’re not just in one narrative. We’re in three.”

Kevin Rabas and Graves almost immediately began intertwining stories, states Simmons, borrowing each other’s characters and affecting the momentum of each other’s stories. Simmons’ contribution evolved more independently, and became, in her mind, almost a prequel to the story of her co-authors.

“At some point I decided I was writing about the origin of the green bike,” she said. “Where did this classic Schwinn come from, anyway? I was writing the story of the first rider, perhaps, the woman who loved the bike first.”

As for the publishing aspect, Rabas said, “We wrote Green Bike on a shared, private Facebook page. So only a group of about 20 could see it — and cheer us on. It was not open to the public. Later, we scraped the text from Facebook and formatted the novel ourselves using Adobe InDesign. However, scraping from Facebook sometimes introduced daunting formatting errors, which we took days or weeks cleaning up.

“Later, I shopped the novel, and got a hit. A publisher with arms in KC and Arizona wanted it, edited it, and sent a contract, but, in the end, we fell on aesthetic differences, and decided to pull the novel, reedit it, and publish it ourselves, following our own unique vision. So, the novel’s been around the block. I think we can all say we’re satisfied with it now. Hope you are, too. We love how it turned out.”

Mike Graves teaches Intensive English and TESOL courses at Emporia State University. His writing has appeared in Thorny Locust, Flint Hills Review, and elsewhere. He has recently finished a novel about a private detective set in 1937 Wichita. When life conjures its riddles, he turns to back roads and baseball for answers.

Tracy Million Simmons is a freelance writer with more than 500 articles in print and the yearbook editor for the Kansas Authors Club. Her novel, Tiger Hunting, was published in 2013 and was the winner of the 2013 J. Donald Coffin Memorial Book award.

The book is available at Town Crier Bookstore. Read more at www.meadowlark-books.com.