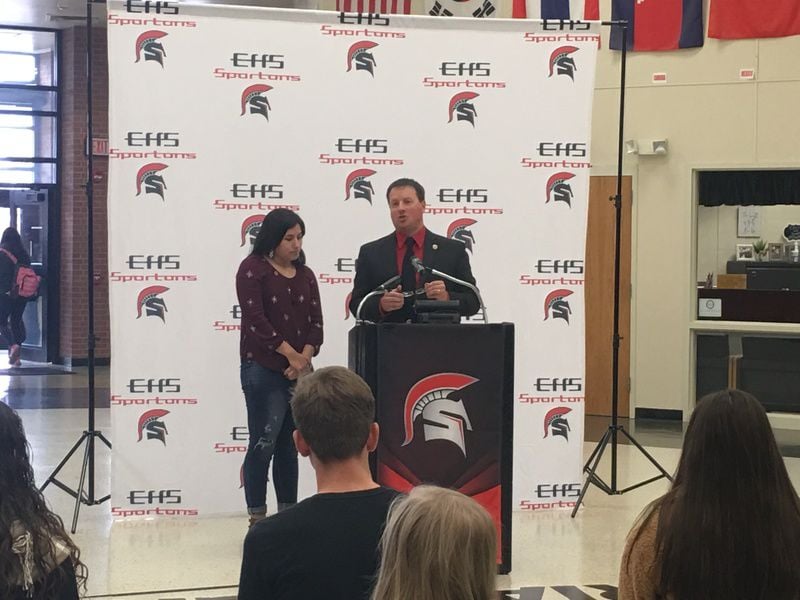 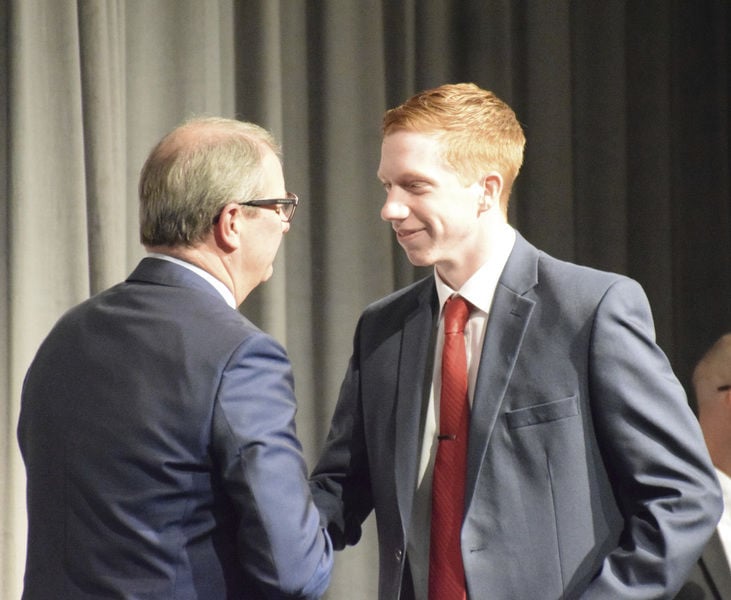 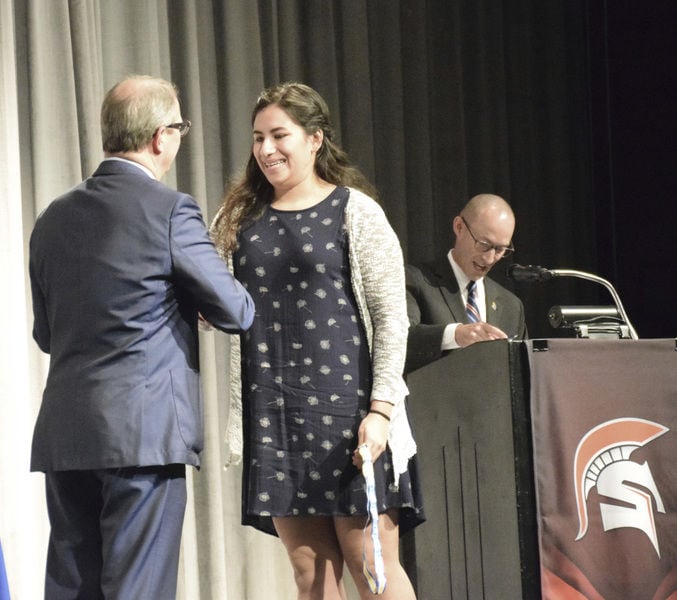 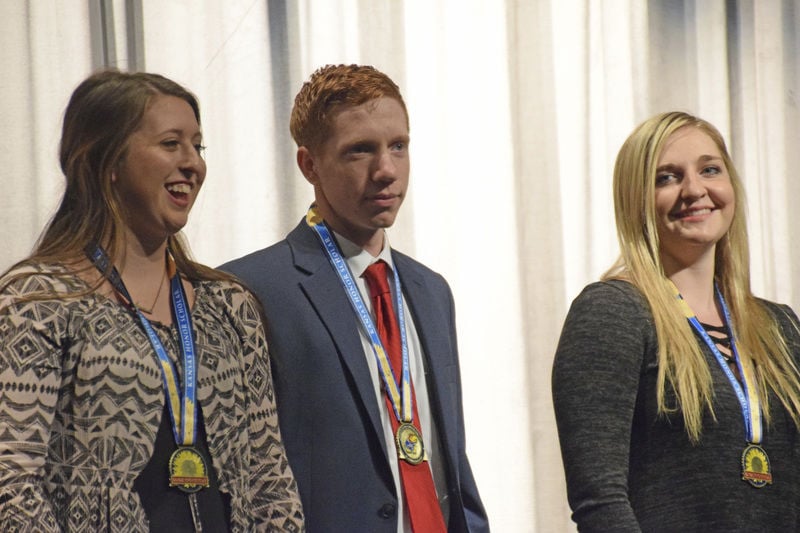 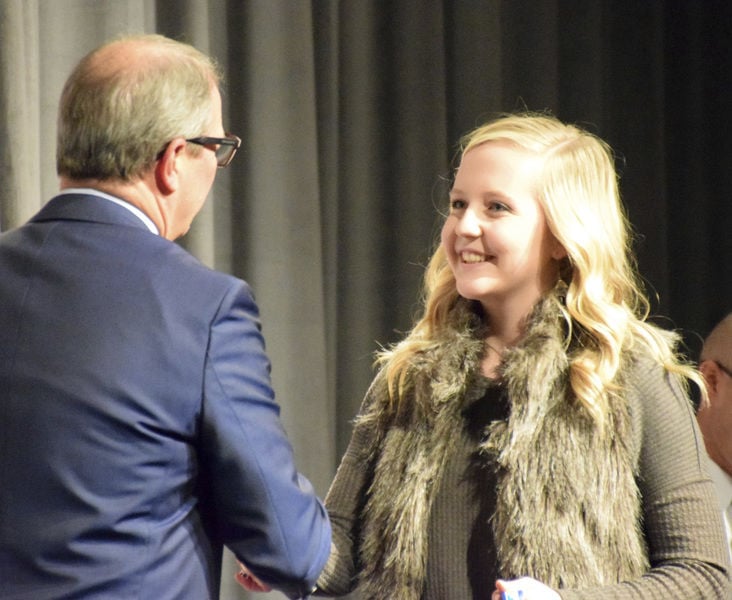 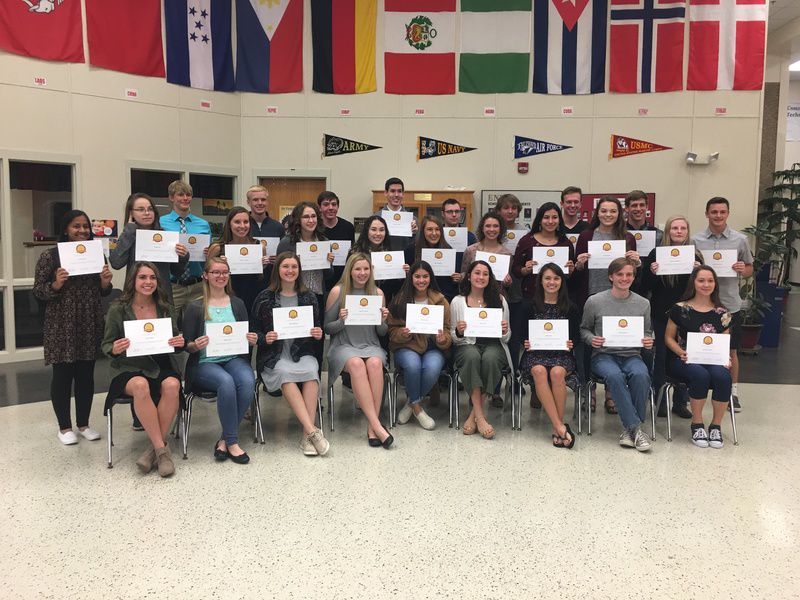 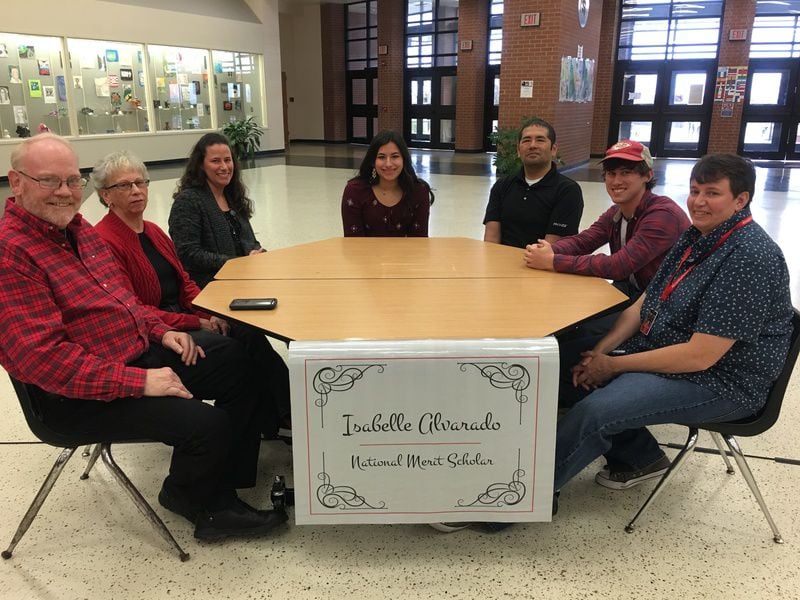 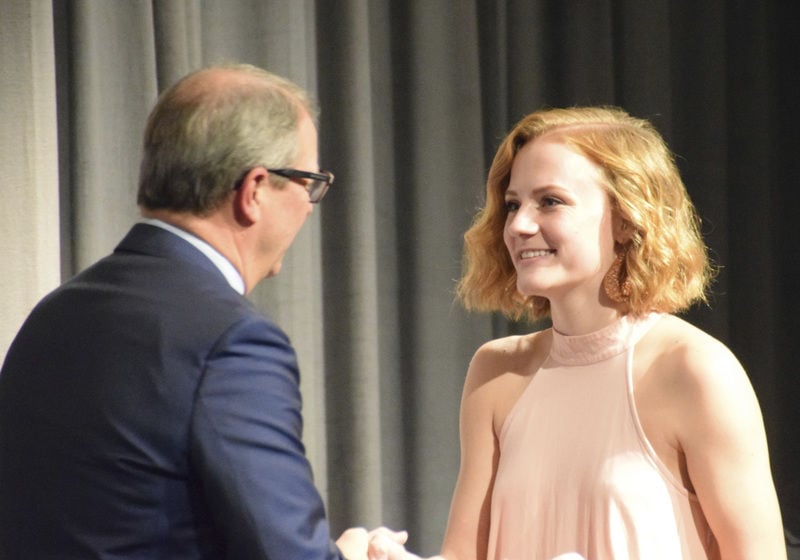 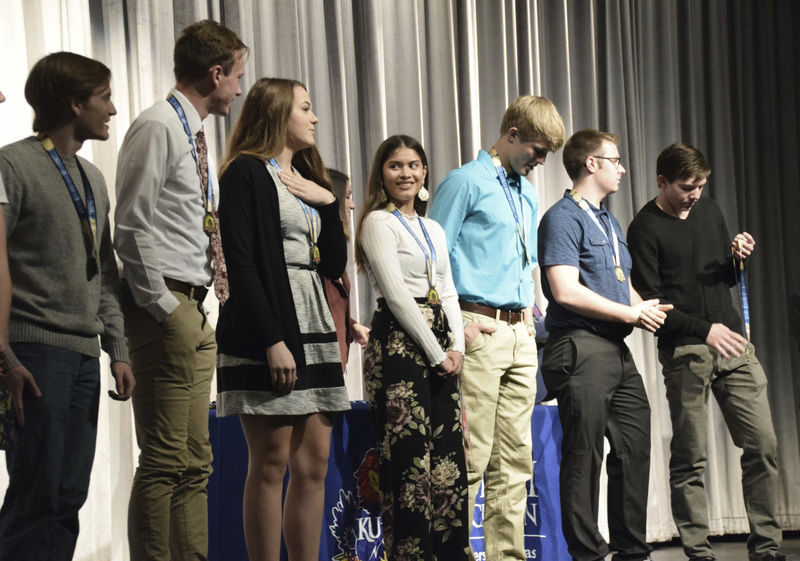 A few of the Emporia High School Kansas Honor Scholars after receiving their medals from Chancellor Girod. There was a total of 24 recepients from EHS. 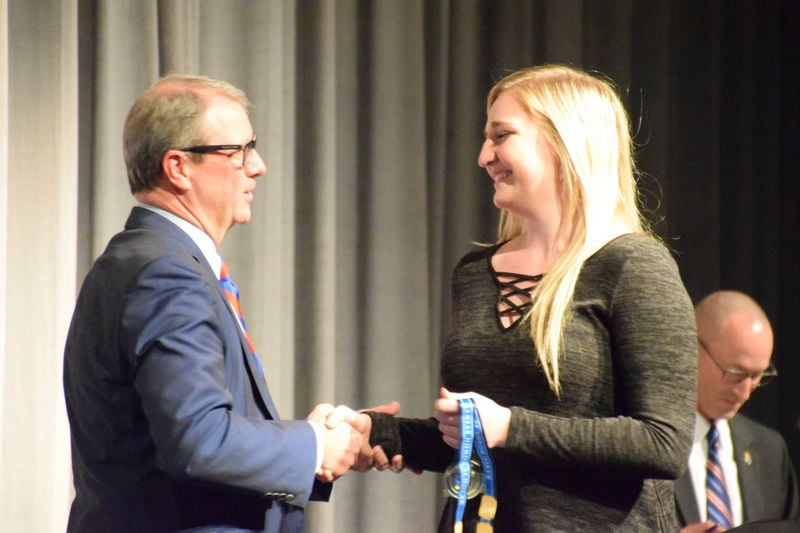 Jan Buckman/Special to The Gazette 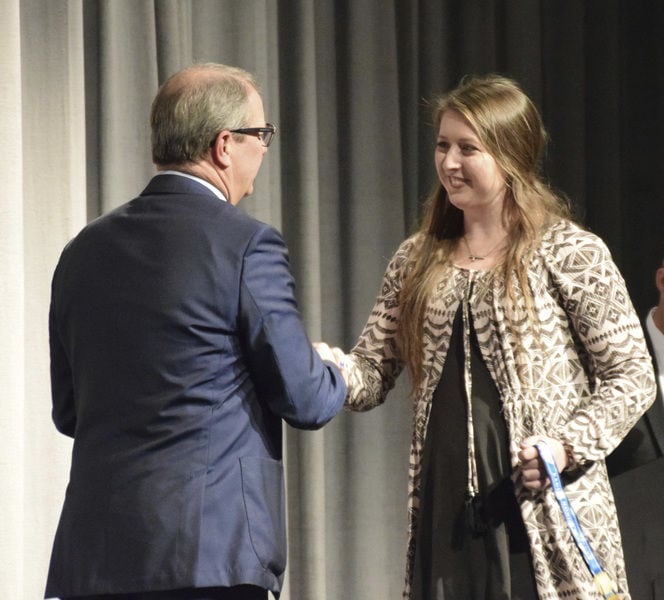 A few of the Emporia High School Kansas Honor Scholars after receiving their medals from Chancellor Girod. There was a total of 24 recepients from EHS.

Jan Buckman/Special to The Gazette

An Emporia High School senior who earned three top academic awards for exceptional academic promise was honored during a ceremony Tuesday morning at the high school.

Alvarado said it was a great feeling to know that all of her hard work both in and out of the classroom was being recognized in such a way.

“It’s a big honor to have, and I’m just really glad that everything worked out in my favor,” she said. “I couldn’t have done it without the support of my friends, my family and my teachers here.”

Alvarado said EHS Social Studies Teacher Jay Adkins and yearbook advisor Laura Schwinn have both provided a lot of inspiration and support for her over the course of her high school career. She was also thankful for all of the support of her cheer coaches Tara Trear, Jana Marstall and Tasha Messer.

Between cheer and academics, Alvarado said she’s had to learn how to prioritize her obligations in order to succeed.

“It’s just a lot of being able to prioritize and decide what’s most important and what comes first, and a lot of not putting things off when you have the opportunity to do them,” she said.

Alvarado has applied to five colleges around the country and, while she’s not sure where she’ll end up just yet, she knows she wants to study forensic science. It’s an interest she was able to cultivate at the high school through different course offerings over the last few years.

“Science has always been something that’s interested me,” she said. “I’ve watched a lot of crime shows, which I know they’re not totally accurate, but that kind of started it. Through some of the classes I’ve taken here like Biomedical Innovations with Mr. [Matt] Irby, which is a great class, it’s just kind of showed me that’s something that I want to pursue.”

Alvarado said her parents, Nick and Kandi Alvarado, are proud of her accomplishments as well.

“They’re really proud of me,” she said. “I think they expected it more than I did. They’ve just been really supportive of everything I’ve wanted to do.”

EHS Principal Britton Hart said Alvarado’s achievements are a big deal. More than 1.5 million students took the 2017 Preliminary SAT/National Merit Qualifying Test last year, and only 5 percent of those students were recognized for their achievements. Additionally, Alvarado’s distinction as a National Hispanic Scholar puts her among the top 7 percent in the nation.

Hart asked Alvarado what advice she might have for other EHS students who might not think they have what it takes to succeed in school. Her advice was pretty simple.

“Ask for help when you need it,” she said. “I know there’s been a lot of times where if I’d just asked for help the first time, I probably would have understood something or gotten it done correctly.”

Alvarado was also one of 30 EHS students recognized as a Kansas Honors Scholar, which honors students in the top 10 percent of their class. Students received a certificate of achievement from EHS Counselor Bill Nienstedt and Hart.

Hart said as a principal, he doesn’t often get to see students’ various successes throughout the year. That’s why having an award ceremony to honor some of the school’s top scholars was so enjoyable.

“Sometimes, as the principal, you don’t get to see that lightbulb turn on or the individual success in the classroom,” he said. “The reason I come to work every day is the small things like this where I can recognize all that hard work and effort these kids put in on a daily basis, all hours of the night to be great. They deserve that opportunity to be recognized.”

Area high school seniors in the top 10 percent of their classes were honored as Kansas Honors Scholars during a special recognition ceremony Tuesday evening at Emporia High School. Kansas students are recognized each year by the University of Kansas Alumni Association for their academic excellence.