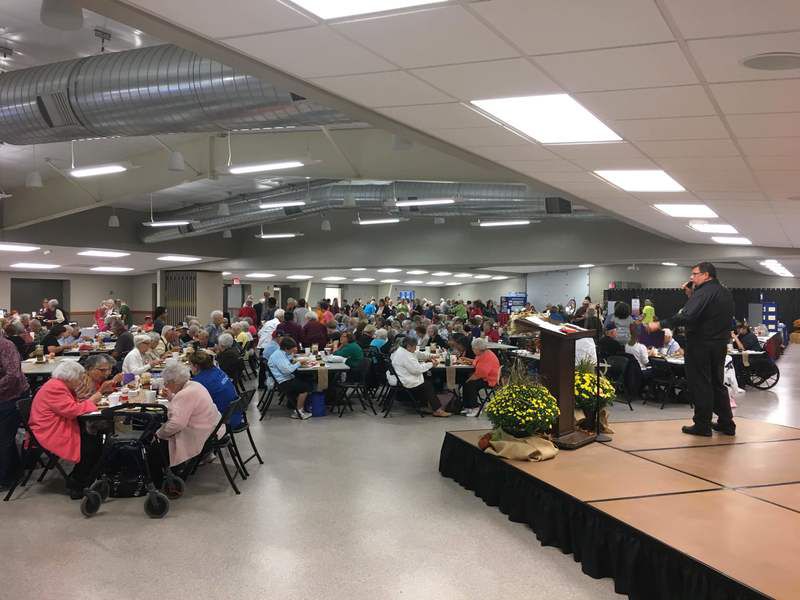 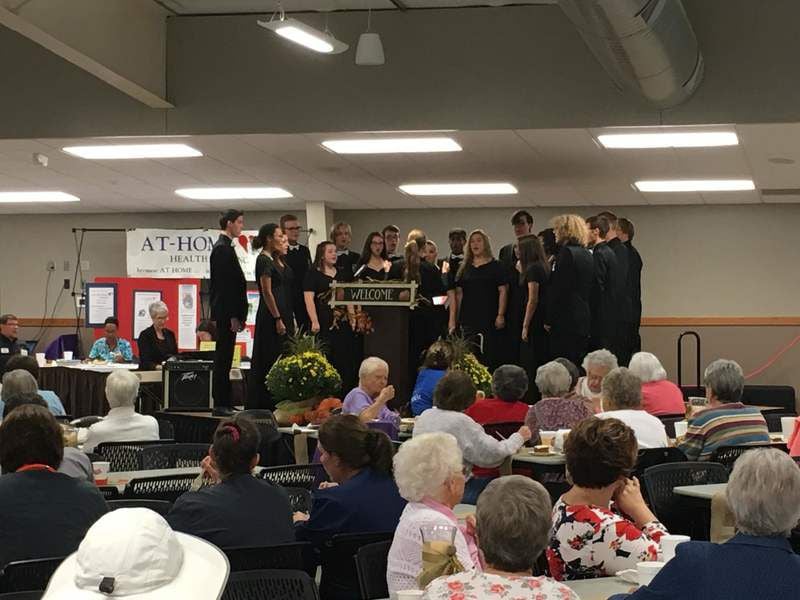 It was Halloween come early inside the Anderson Building Wednesday.

The 2016 Flint Hills Senior Life Fair began its first year in the new location, but Carol Lingo and Vicki McKenzie of Emporia had another way to describe it.

David Hurlocker, chairman of the committee for the fair, said the long-running event aims to bring the best resources for area seniors under one roof.

“We try to bring the best resources for seniors so they can come to one place and meet with service providers,” Hurlocker said. “Just try and get the information out there, because so many people don’t find out what they need until its almost too late — until they need it.”

“We have therapy services, people serving insurance, all of the major nursing homes and mental health,” Hurlocker said. “We’ve got people to help with reading; when your vision is starting to go down — maybe you need an audio reader — we’ve got the public library out here. Almost every kind of service you can imagine, some for-profit some not-for-profit. We even have a guy who will come retrofit your bathtub.”

The fair also featured education sessions from local professionals, as well as a keynote address from Esther Luttrell, author and businesswoman.

“This year we did legal information and some recreational stuff,” Hurlocker said. “In the past we’ve done things on in-home assistance. It’s whatever is needed for the seniors.”

Jane Schrader from Emporia visits the fair every year and said she enjoys the fellowship of seeing familiar faces.

For Lingo, who has been to the fair a couple of times now, she uses the event as an opportunity to browse — but remembers being surprised by the variety of options during her first visit.

“The first time it was really interesting because I didn’t know there were so many types of services,” Lingo said.

McKenzie said she enjoyed the information about home health.

“One good thing is the home health,” McKenzie said. “That way you can stay home a lot longer rather than having to go to a nursing home.”

Hurlocker said the fair was well attended and, although they kept it simple due to the new location, they passed out surveys to help plan for the 2017 fair.

This is such a great event for seniors to participate in! We can imagine how convenient – and fun – how every essential senior care service is under one roof. We hope all the best for future events! We know that our readers will be surprised that such a gathering exists, so we included your post in our Weekly Digest. You can read it here: http://ltcga.com/weekly-digest-senior-treats-halloween/.