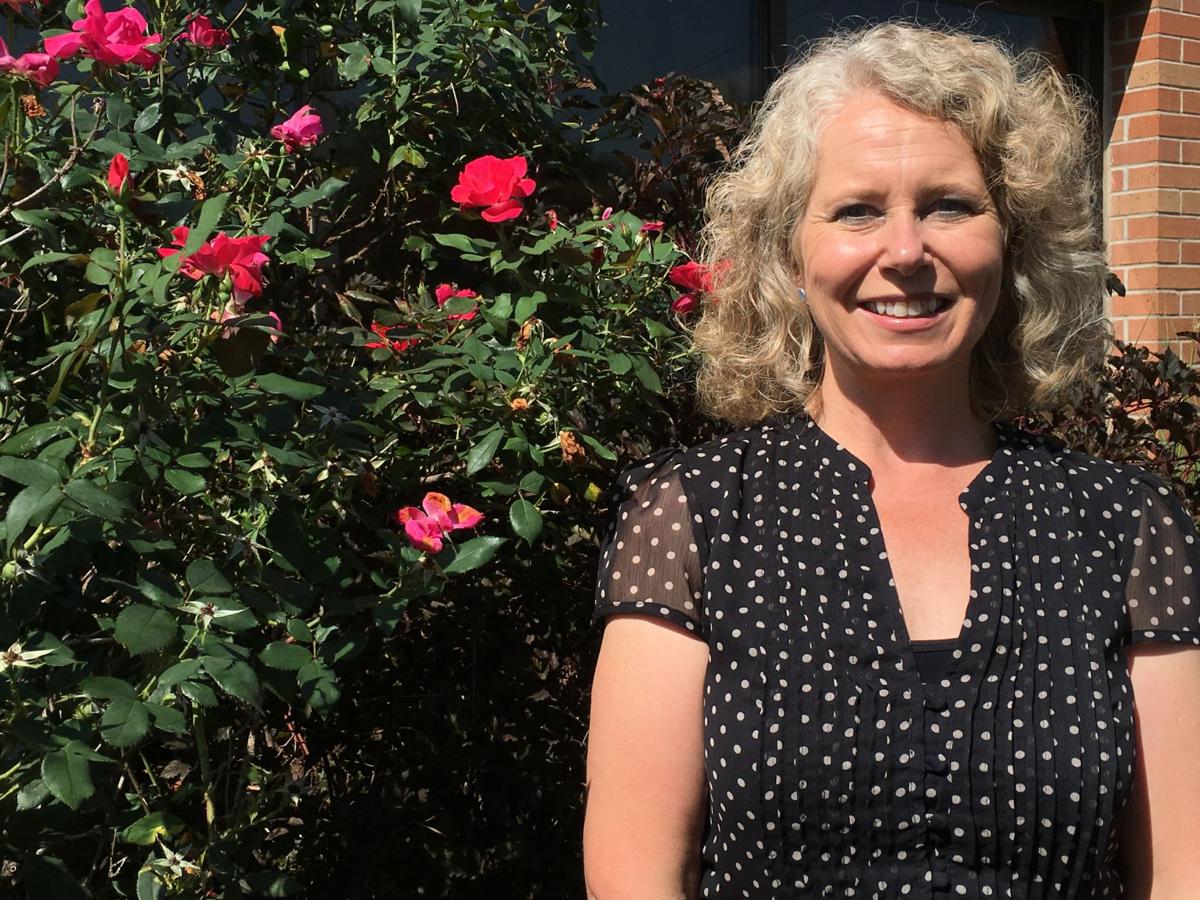 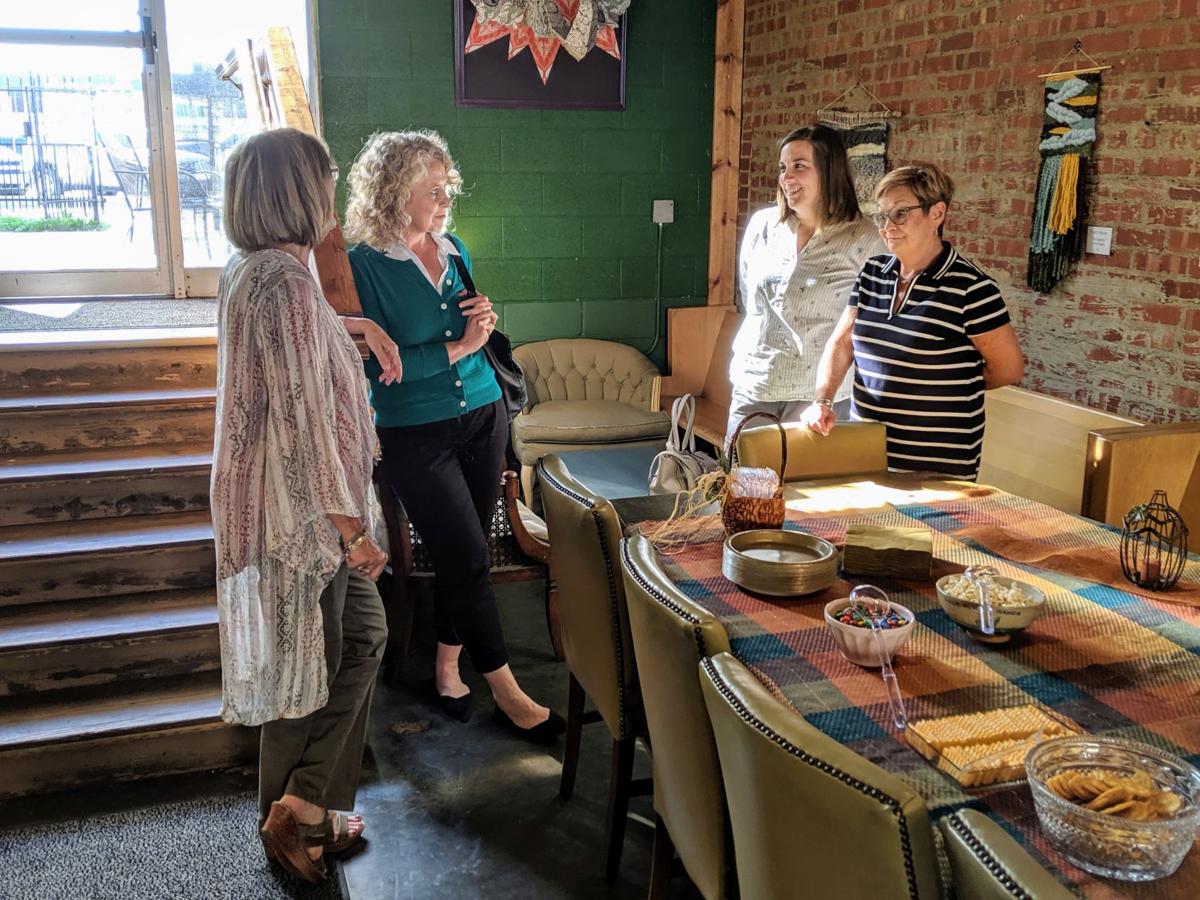 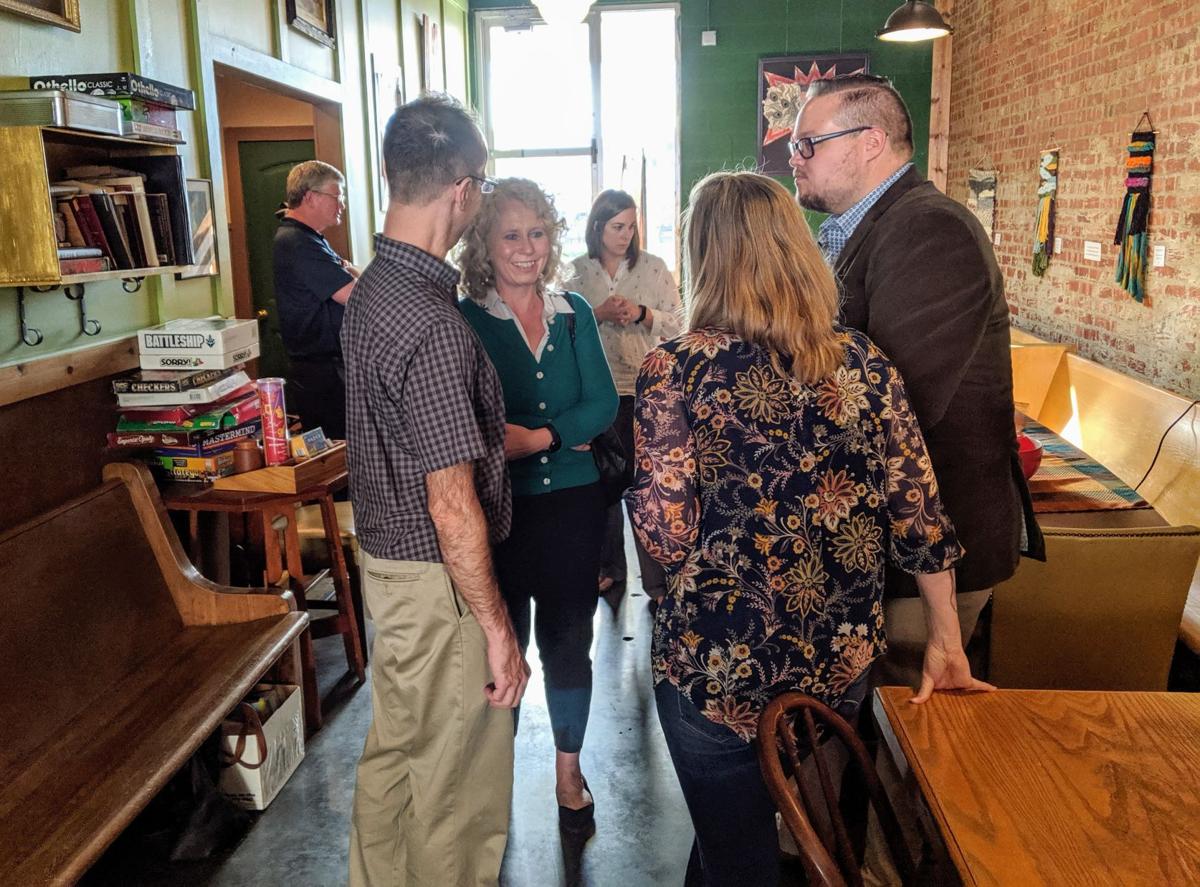 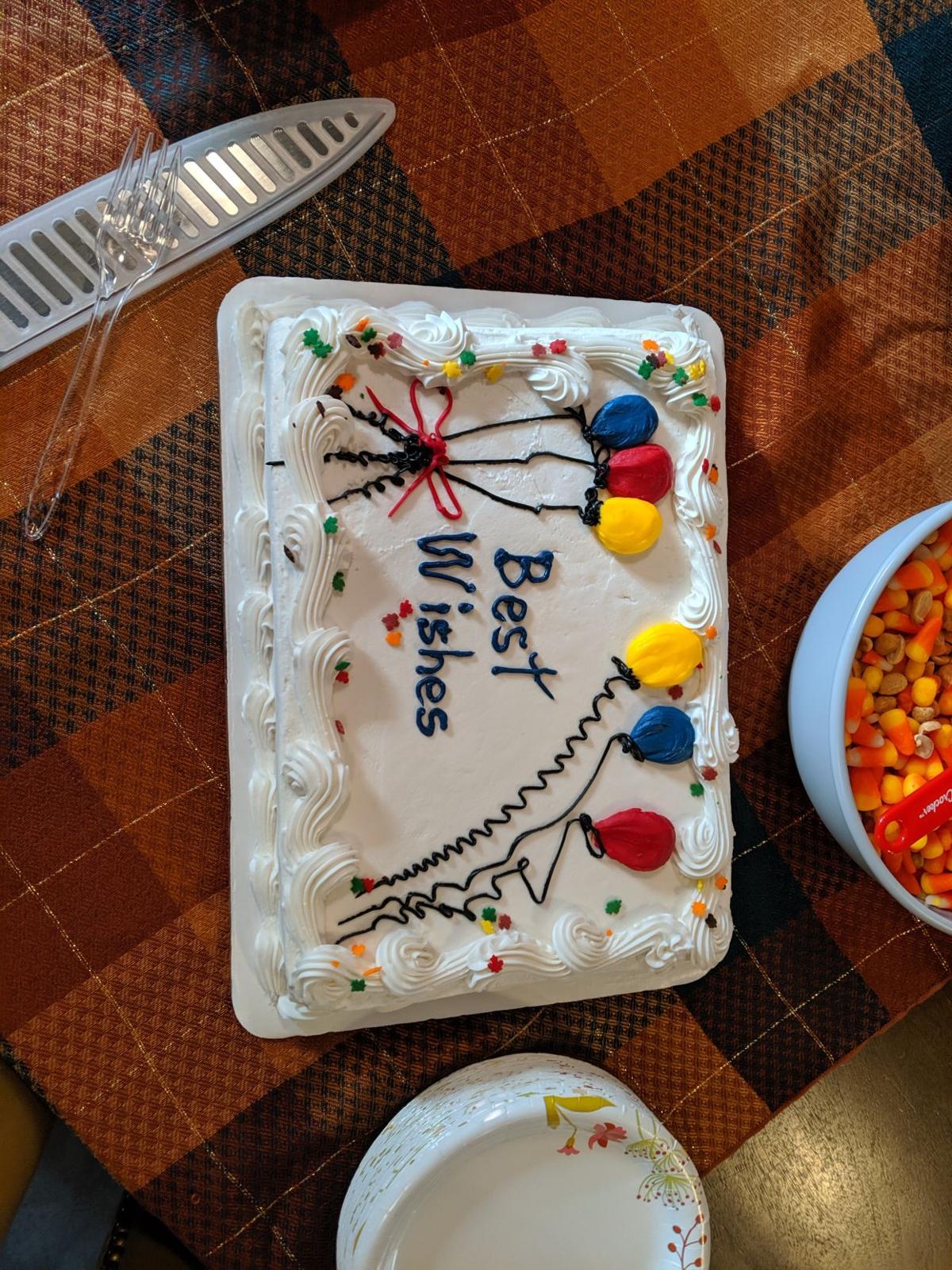 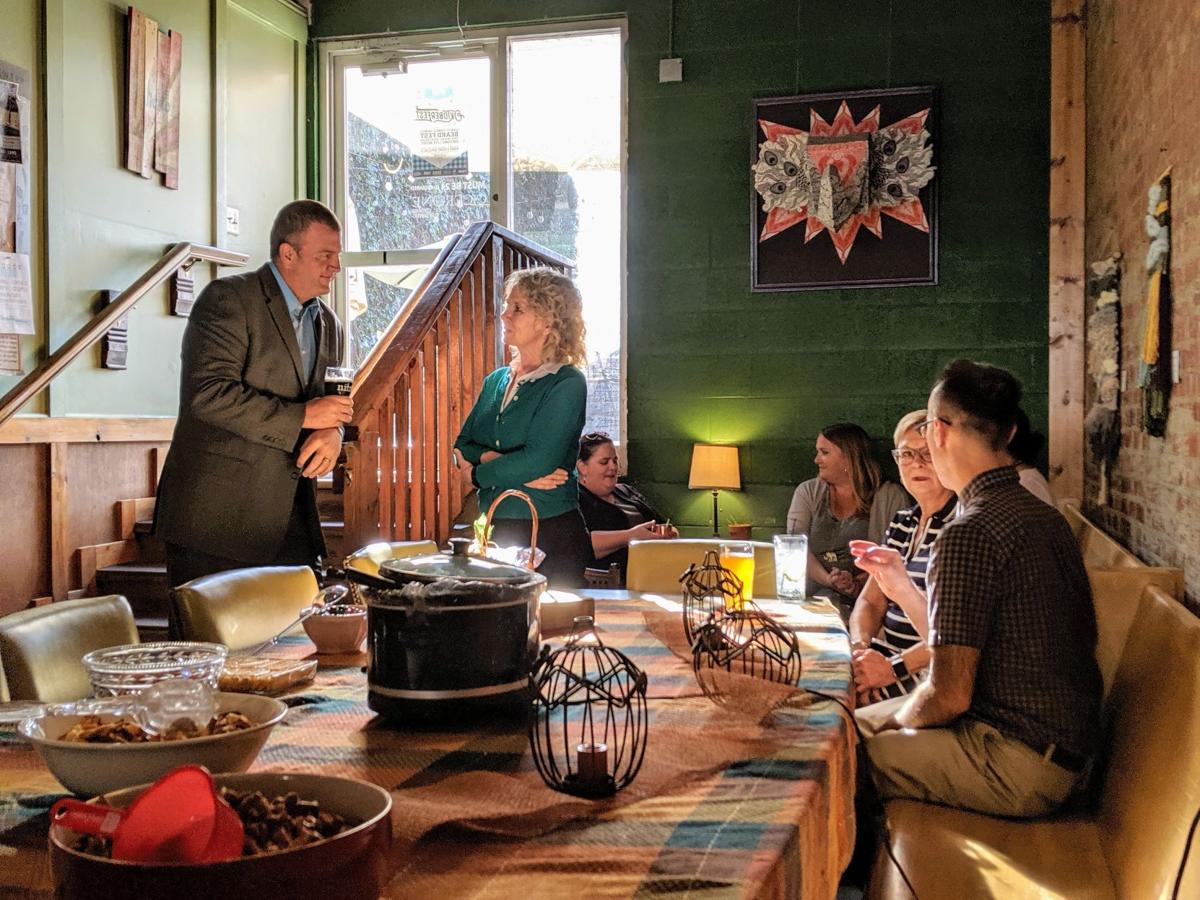 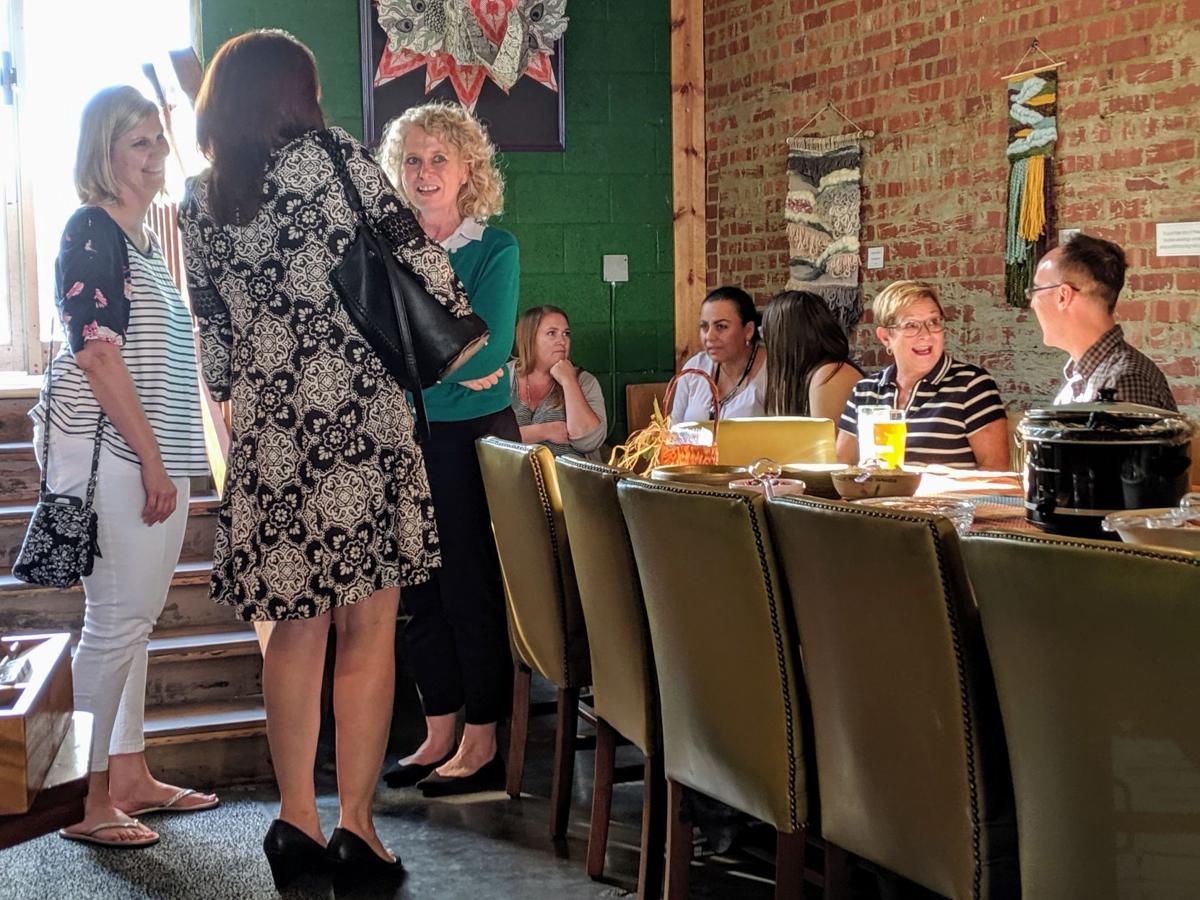 After 10 years as Executive Director of United Way of the Flint Hills, Jami Reever officially stepped down Wednesday.

Reever will take on her new role as Executive Director for Kansas Appleseed Center for Law and Justice, a nonprofit advocacy organization working to build inclusive and just Kansas communities, Monday.

Although she is excited for the new challenge, she said the decision to step away from working in the community that “embraced” her family — husband Kim Simons and sons Jake and Ben — when they first moved to Kansas 10 years ago, was not an easy one to make.

“When I started in 2009, I had no idea what I was walking into,” Reever said. “I was walking into a new community with young kids, my husband was starting a new job at the university and I was going to work at the United Way. I was so amazed and surprised at how the community really embraced me and embraced my family, and welcomed us, and really educated us about why United Way was so important to them and why it mattered to the community.”

Having a long history working with nonprofits in other communities, Reever was no stranger to the United Way’s mission. Still, there was something about the way Emporia’s community took pride in the organization that inspired her to do more.

“I knew when I started that I had big shoes to fill,” she said. “There were a lot of expectations on me to continue the legacy of United Way in this community, and with so much support, I can say that I’m really proud of what we have accomplished in 10 years.”

During Reever’s time at the helm, United Way of the Flint Hills successfully implemented Dolly Parton’s Imagination Library locally, which sends free books to approximately 1,700 children in Lyon, Coffey, Morris and Osage counties each month. The program recently celebrated its 100,000th book giveaway on Wednesday — something of which Reever is extremely proud.

Reever said she saw opportunities like Dolly Parton’s Imagination Library that she knew would benefit the community, and believed United Way could do more than just fundraise each year. Thankfully, she said, she had a board of directors which agreed.

“When I started at United Way, I knew it was going to be a tough job and I knew that I wanted to do more,” she said. “I think it was just kind of the perfect timing in so many ways that a lot of us were ready to elevate the United Way to a new level. I just happened to be the person sitting in the chair when we made that decision. I feel really lucky that I could help do some of that work, but it was really the board, our community partners, our volunteers, who do the great work that they do who made it possible for us to dream bigger than was ever possible for United Way and the community.”

On top of that, Reever said she has seen firsthand how United Way has improved the lives of people in the community. She said the local organization has raised more than $6.5 million in 10 years between its campaigns, tornado recovery funds and Dolly Parton’s Imagination Library.

“That is something we should all be really proud of,” she said. “I feel so lucky that the community let me be a part of that.”

Reever said the opportunity to work with Kansas Appleseed will allow her to branch out with her other passion for public policy and advocacy. It’s something she was able to do under the scope of United Way Worldwide, and made her realize there was important work to be done in the state of Kansas to improve the lives of those who live here. Reever was already familiar with Kansas Appleseed, who worked with United Way and USD 253 to bring the MealSpot food truck to Emporia in 2017.

“I said to myself if they ever had a job available, I would pursue that,” Reever said. “The next day I found out their executive director was leaving, so for me, the timing seemed right to take that leap of faith and see if I would be a qualified candidate.”

Reever said she believes strongly in Kansas Appleseed’s campaigns, such as food assistance and child nutrition programs. The organization also works closely to hold the state accountable for problems in the foster care system, as well as to ensure fair courts and incarceration reform.

“One important campaign is childhood hunger, and how we can make change and legislation in our communities to ensure that children don’t go hungry,” Reever said. “They focus a lot on voter rights, on immigrant rights. They want to make sure that people have equal access to the judicial system. Those are things that I am really excited to be a part of, and am looking forward to helping create legislation that will make sure that we are the Kansas I have always known and always loved. That we are fair and we are kind and that we are compassionate.”

Although Reever’s new position will have her based mainly out of Lawrence, she and her family will still be rooted in Emporia. It was an important condition of her accepting the job, she said.

“That was an important family decision,” she said. “My kids were really supportive, but they were just really glad we weren’t moving. They’re in 8th grade and 10th grade and I just didn’t want to do that to them. My kids grew up with United Way and they understood their role in helping us raise money for the community. I’ve watched them evolve into kind, compassionate people who understand that we have the power within ourselves to make change and to make sure that we are doing good in our community.”

“One of the moments that I think about often is after the Harveyville tornado [in 2012], we had gone up to the community to help with the tornado recovery and I presented at the city council meeting that we were going to be starting a tornado recovery fund,” she said. “Afterwards, a gentleman came up to me and he said, ‘You know what, I’ve never liked United Way. I’ve known about you for a long time. I’ve never given. I never wanted to give to United Way, but tonight you changed my mind. I finally understand what United Way means to people, what it means to communities.’ For me, that is probably one of the best moments.

“Whatever perception that individual had about United Way from wherever he lived before, I was able to change it because he could see that we really try to do good work. We really do try to change lives. We really do make a difference, big or small. He heard that message that day.”