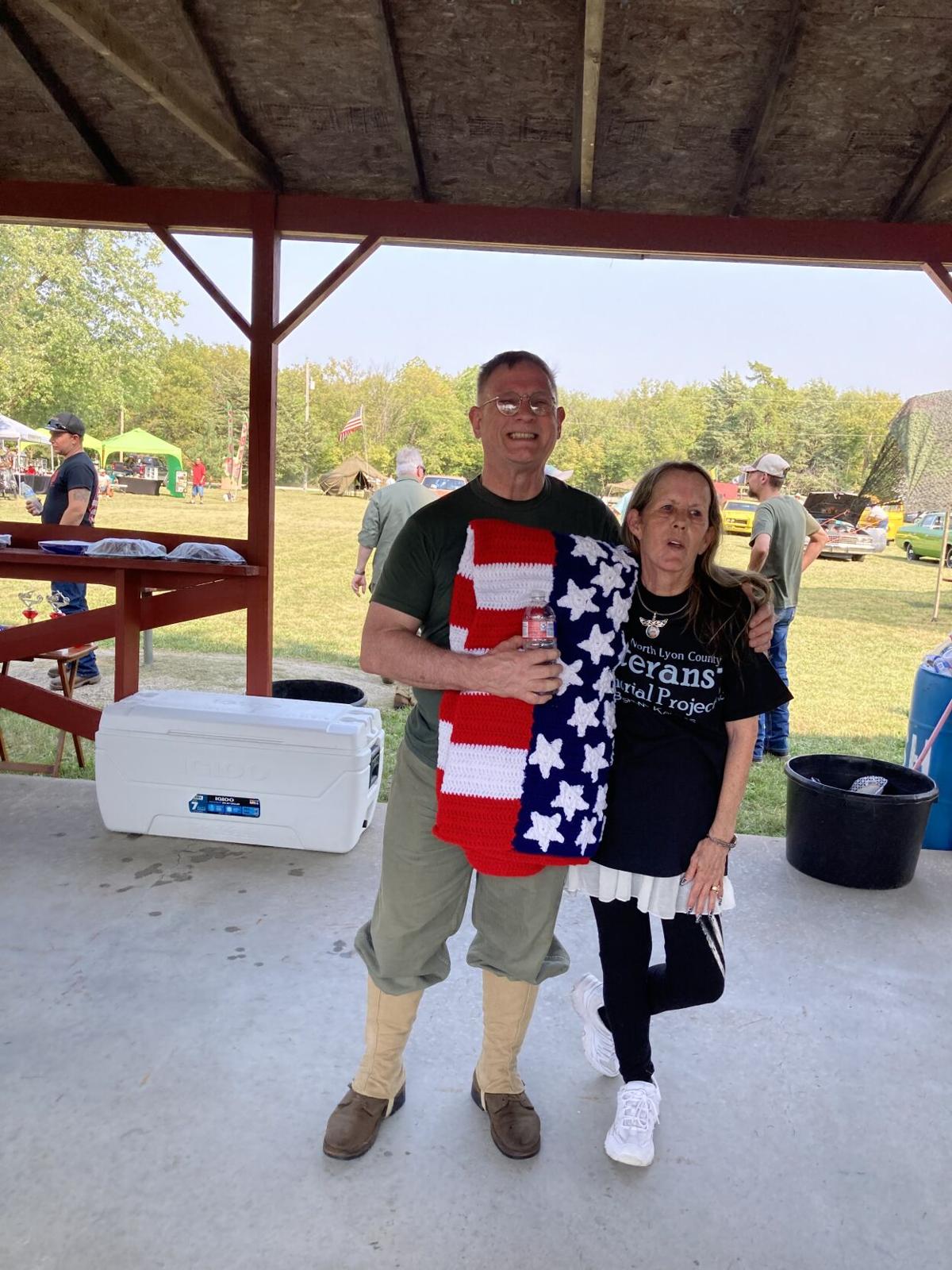 Dianne Bedner Smith gives one of her blankets to Steve Cox at Saturday’s fundraiser. 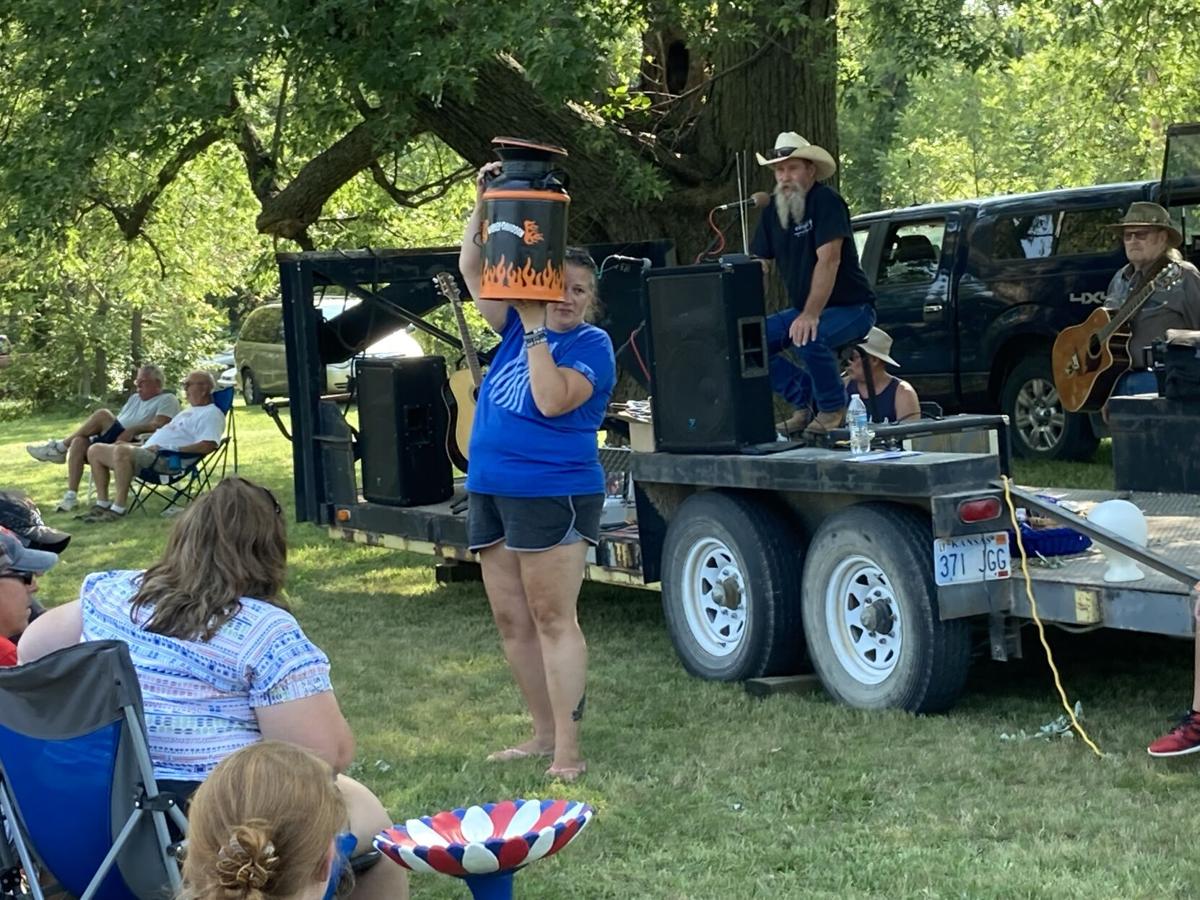 Dianne Bedner Smith gives one of her blankets to Steve Cox at Saturday’s fundraiser.

The day was packed full of events including an auction, a free concert featuring singer/songwriter Lee Muller, a bake sale, a car and bike show and vendors.

A Facebook update by the group late Sunday reported a total of $4,775 was raised. The group needs $15,000 to complete its Phase 2 project.

Smith also made four blankets that she gave away at the event.

“We’re showing our support to the veterans and also raising money for our wall,” said North Lyon County board member Robin Paige said.

Paige completed an ice bath challenge for 22 minutes to raise money for awareness of veteran suicide.

“Unfortunately we’re losing a veteran every 22 minutes,” she said. “That is where the phrase ‘22 a day’ comes from. I would do it again in a heartbeat. It was well worth it. We raised about $200 that will go toward Mission 22, which is a group that helps suicide prevention.”

One of the veterans in attendance, Cecil Butter, entered his ‘84 Chevy El Camino in the show. At 21, he was drafted in the U.S Army and served from 1968 - 69 in the Vietnam War. Butter was a combat engineer.

“To me, it meant serving my country and making it free,” Butter said. “I enjoy going over there and serving for my country. If I could do it again, I would.”

Volunteer Angel Cushing said part of the old wall will be preserved, and there will be a window installed. The area will be an open garden. When the memorial garden is finished, the restoration on the old bank building will begin as a museum.

“This project has put the town back on the map,” she said.

The event also featured reenactors from the 101st Airborne Dog Co., a Kiss the Pig Contest and Pulled Pork Cook Off.