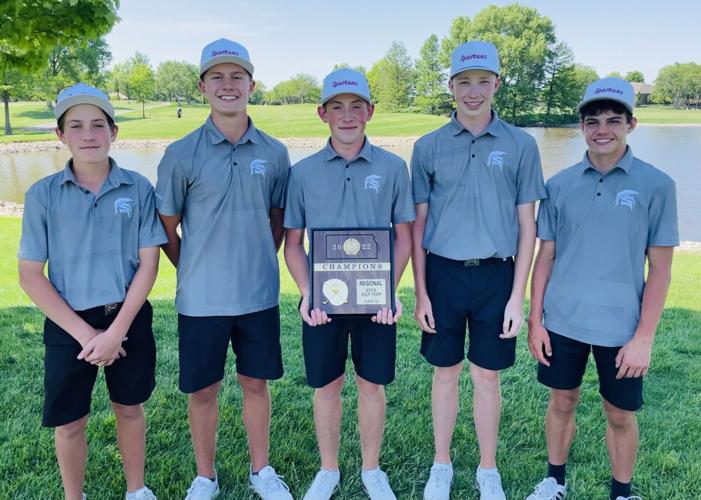 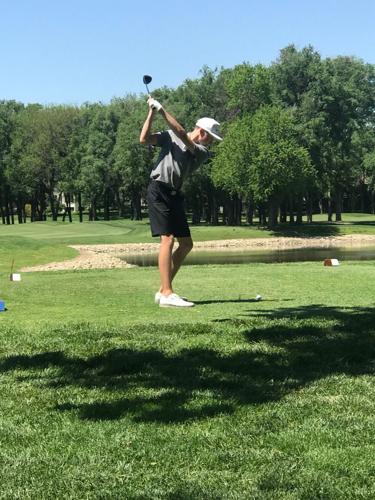 Caden Massey tees off at the Maize Regional in Wichita Monday. 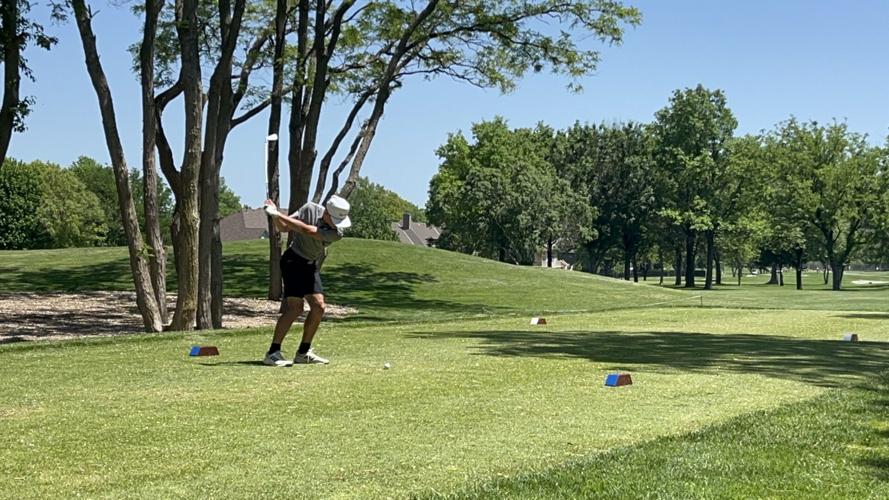 Will Walker tees off at the Maize Regional in Wichita. 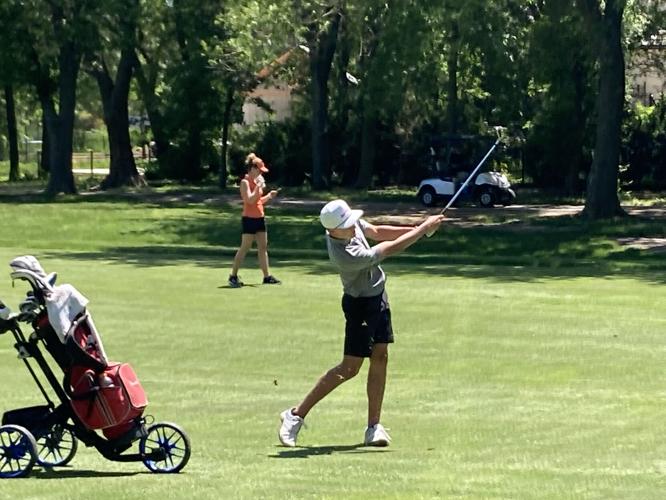 Nolan Jacob hits off the fairway at the Maize Regional in Wichita. The freshman finished 16th with an 89.

Caden Massey tees off at the Maize Regional in Wichita Monday.

Will Walker tees off at the Maize Regional in Wichita.

Nolan Jacob hits off the fairway at the Maize Regional in Wichita. The freshman finished 16th with an 89.

The team finished with a score of 324 and Sauder finished with a 75, which was good for three over par. He tallied three birdies, with two coming on par fours and one on a par five.

“Brooks absolutely has the talent that if he puts everything together, he can win on any day,” head coach Rick Eckert said. “He was disappointed with that 75 because his putting is still not good, and he knows that.

“You like to believe that you’ve always got a shot at it. I felt confident coming in that if we played up to our capabilities, we could win this. We hit the ball fantastic today but once we were on the green, we weren’t making anything happen. All the kids struggled putting today because these were some really fast greens.”

“Nolan really struggled on and around the greens today, but it shows you how much talent that freshman has that he was able to keep his score down to an 83,” Eckert said. “Caden was six over through five holes. The amazing thing about Caden all year is he’s gotten into some situations where he has started out really slow. But he just bears down and grinds and gets the job done, and he did it again today. He finished with three birdies in his last six holes. A lot of kids will get frustrated and they’ll give up. But Caden is so even keel. He just gets back in there and gets it done.”

Freshmen Hudson Sauder (89) finished 16th and Will Walker (96) was tied for 24th to round out Emporia’s regional qualifiers. Their efforts did not go unnoticed.

“I’m really proud of the kids. They had a great attitude today,” Eckert said. “Even the guys that struggled a little bit, they kept their heads in it and kept competing. Will took an 11 on a hole today. He hit three balls in the water and he never quit. He really didn’t play bad golf after that, and that’s all we can ask for. Hudson was frustrated after his front nine, he shot 46, but he kept plugging away and trying to make things happen. That’s all you could ever ask for as a coach is get out there and keep competing until you’re done. And these guys are all doing a great job of that, so I’m really proud of them.”

The name of the game all season long for Emporia has been their consistency, and wouldn’t you know it, 324 is the team’s average score this season.

“It was funny when the numbers started to come in and we started to add them up and we got another 324,” Eckert said. “It’s spot-on for what our average for the whole season is at. That’s one of the things that’s really been crazy this year. No matter what we do, we always shoot generally the same score.”

The 5A State Championship will take place at Quail Ridge Golf Course in Winfield on May 23-24. The top three teams from each region and five individuals from other teams qualify for the state event. Emporia will be there as a team after winning its regional.