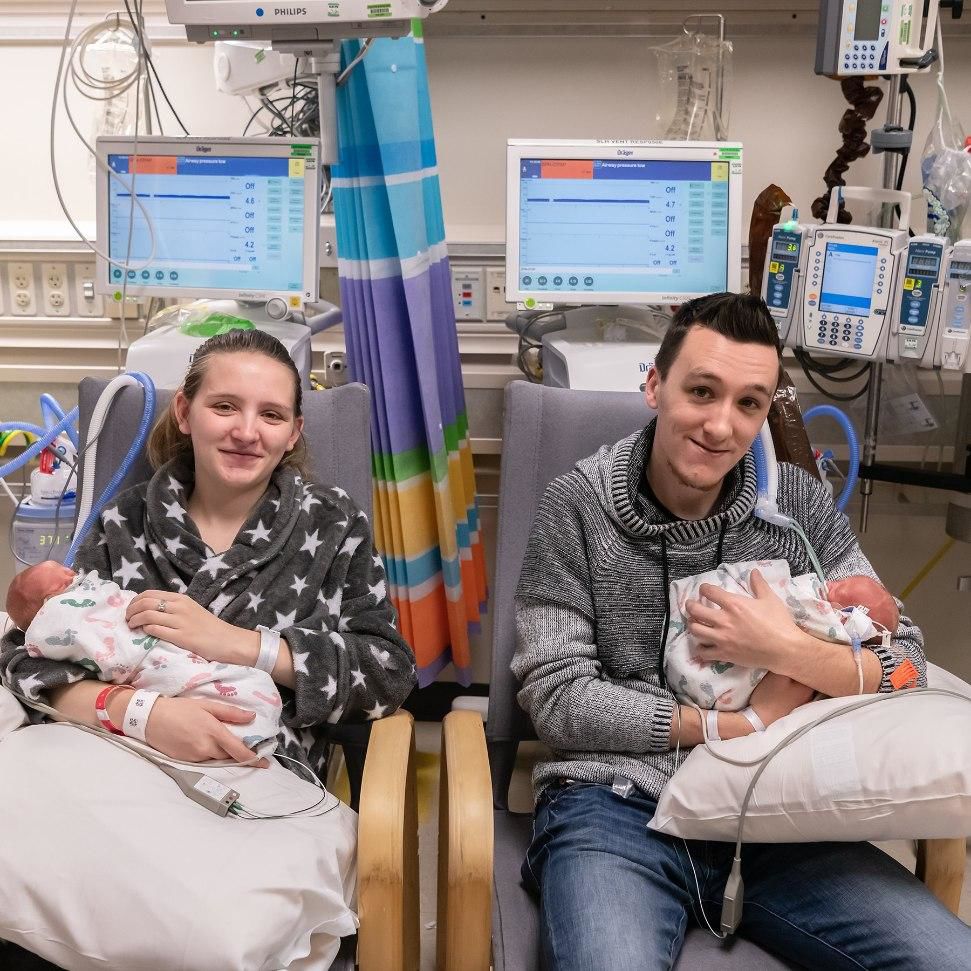 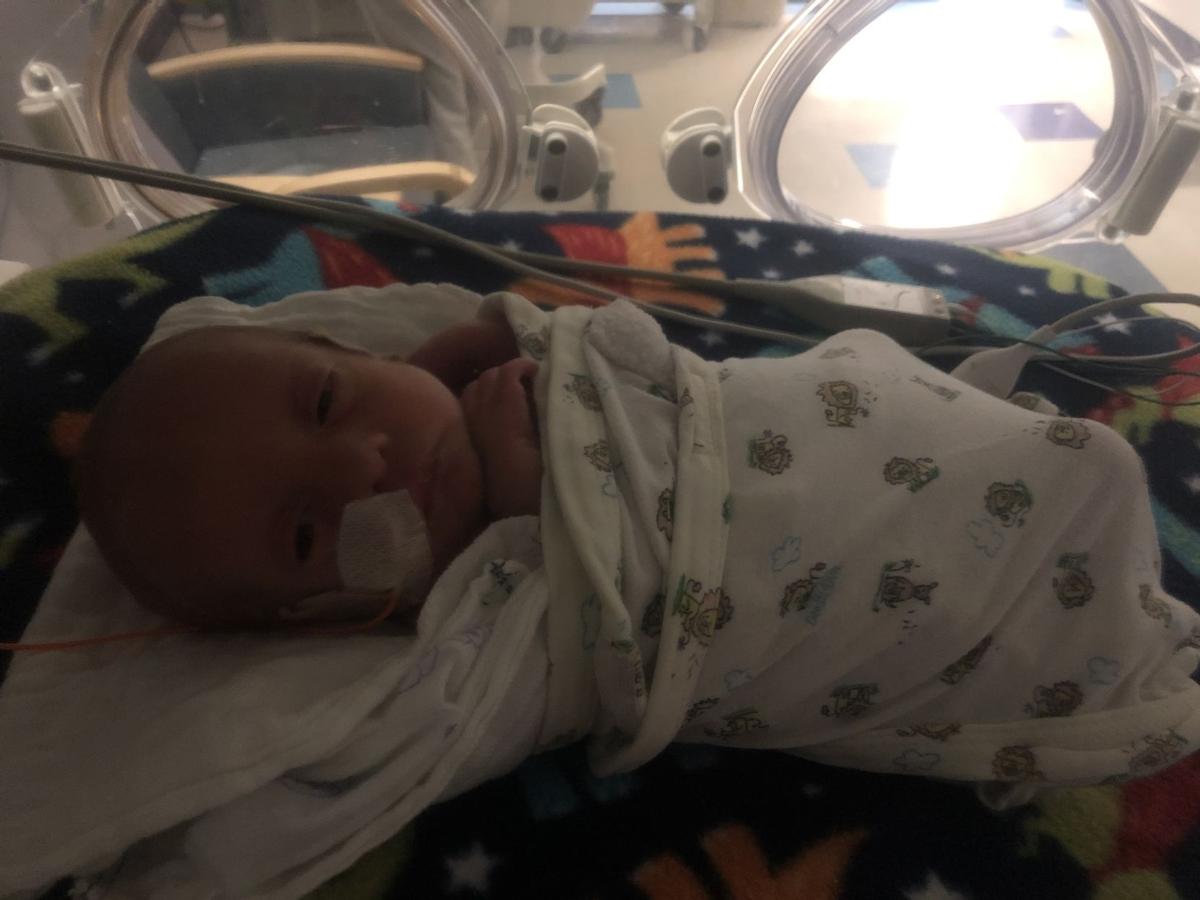 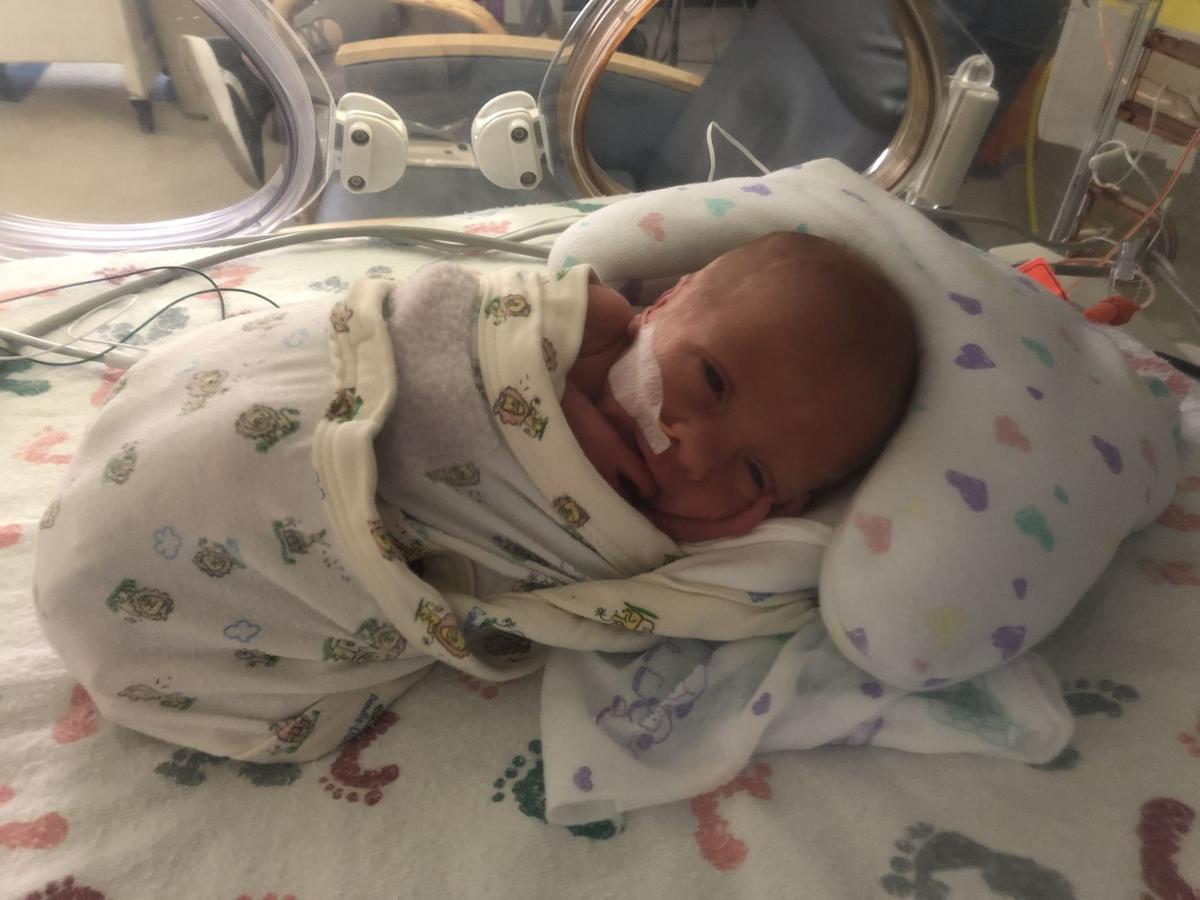 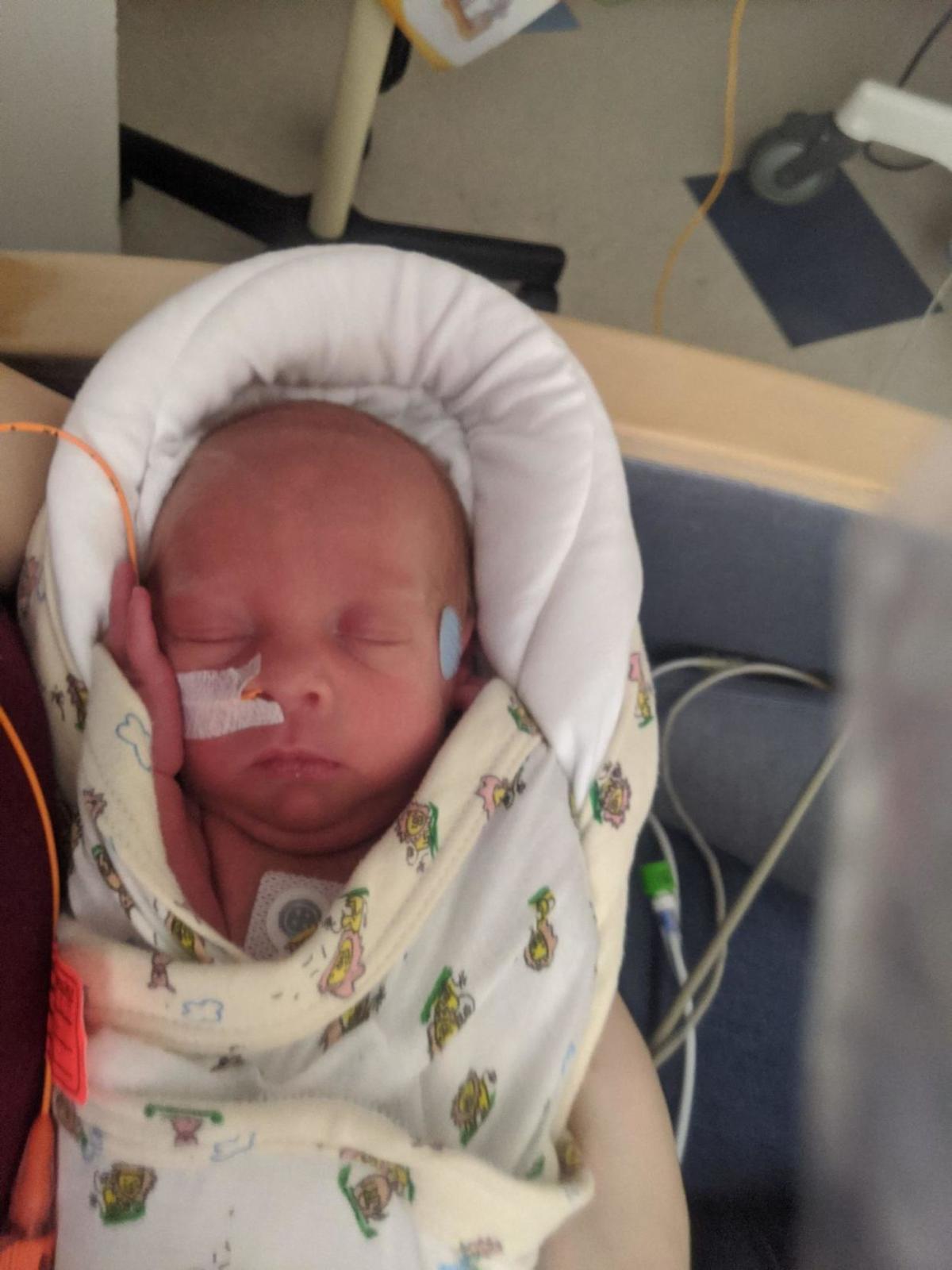 Identical twins Carter Arlie and Mason Robert Persell may only be a few weeks old, but the newborns have already made national headlines.

Carter and Mason, the sons of Cierra Smith and Shawn Persell of Emporia, are one of 12 sets of twins recently born at Saint Luke’s Hospital of Kansas City who are being cared for in the neonatal intensive care unit. The boys were born nine weeks early on Nov. 17 — National Preemie Day — after what had been a normal pregnancy.

“I went in for just a normal checkup [on Oct. 30] and they told me that I had to call Shawn and they were sending me up here to Kansas City by ambulance,” Cierra said.

It was discovered that the blood flow to Carter was restricted in some way, and Cierra was transported to St. Luke’s for observation. Afterward, the couple made trips back to Kansas City twice per week over the next two weeks to make sure the babies were doing well. The goal was to get them as close to full-term as possible.

“They told us that we needed to be ready to have the kids every time we had an appointment up here,” Shawn said. “We had a bag ready to go in the car.”

Two weeks after that initial appointment, the doctors told the couple it was time.

“They saw that Mason was supporting Carter and it was putting stress on him, which could cause brain damage,” Cierra said. “So, they went ahead and delivered early.”

Cierra delivered the babies via Caesarean section and, despite their size — the twins each weigh a little more than 3 pounds — they were doing well. The twins were transferred to the NICU, where they have been receiving round-the-clock care.

“We’ve had a few minor hiccups, but the boys have recovered really well,” Shawn said. “They’re getting there. They’re kind of maintaining weight right now. Mason had some inflammation in his intestines and wasn’t dealing with the fortifier too well, so they had to treat it like an infection and put him on an IV. Now, they are both doing well and starting to gain weight.”

It was a few days after the twins were born that the couple learned they were not the only set of preemie twins up in the NICU.

“The nurses came in and said they had a lot of twins and they were surprised and I asked how many there were,” Cierra said. “They got on the computer and counted them, and at that point there were about nine sets. Then a few days later there were three more.”

According to St. Luke’s Hospital, all the twins were born between 5 - 14 weeks prematurely. This is believed to be the largest number of twins cared for at once in the hospital’s NICU, according to the hospital’s website. Cierra, Shawn and their sons participated in a photoshoot with Kansas City photographer Helen Ransom, arranged by the hospital to document the moment in history.

“We thought that was just the coolest thing, finding out there were 12 sets of twins here all at once,” Shawn said.

Cierra said both Carter and Mason are continuing to thrive each day, but it’s unlikely the couple will be able to bring their babies home until after the new year.

“They don’t like to send them home until after their original due date,” Cierra said. “They were due Jan. 18, so they still have awhile. If they continue to do well, they might let us take them home early, but we don’t know.”

For now, the couple is staying at a Ronald McDonald House near St. Luke’s and are looking forward to the day when they can bring their boys home.

“I’m the type that overthinks everything, and worrying about money, but I just know that I’m going to do the best I can for them,” Shawn said.

While the couple does not have a GoFundMe page, they said they would welcome help from the community with diapers, wipes or clothing. Anyone interested in helping out can email Shawn at spersell13@yahoo.com.

"I'm the type that overthinks everything, and worrying about money, but I just know that I'm going to do the best I can for them."