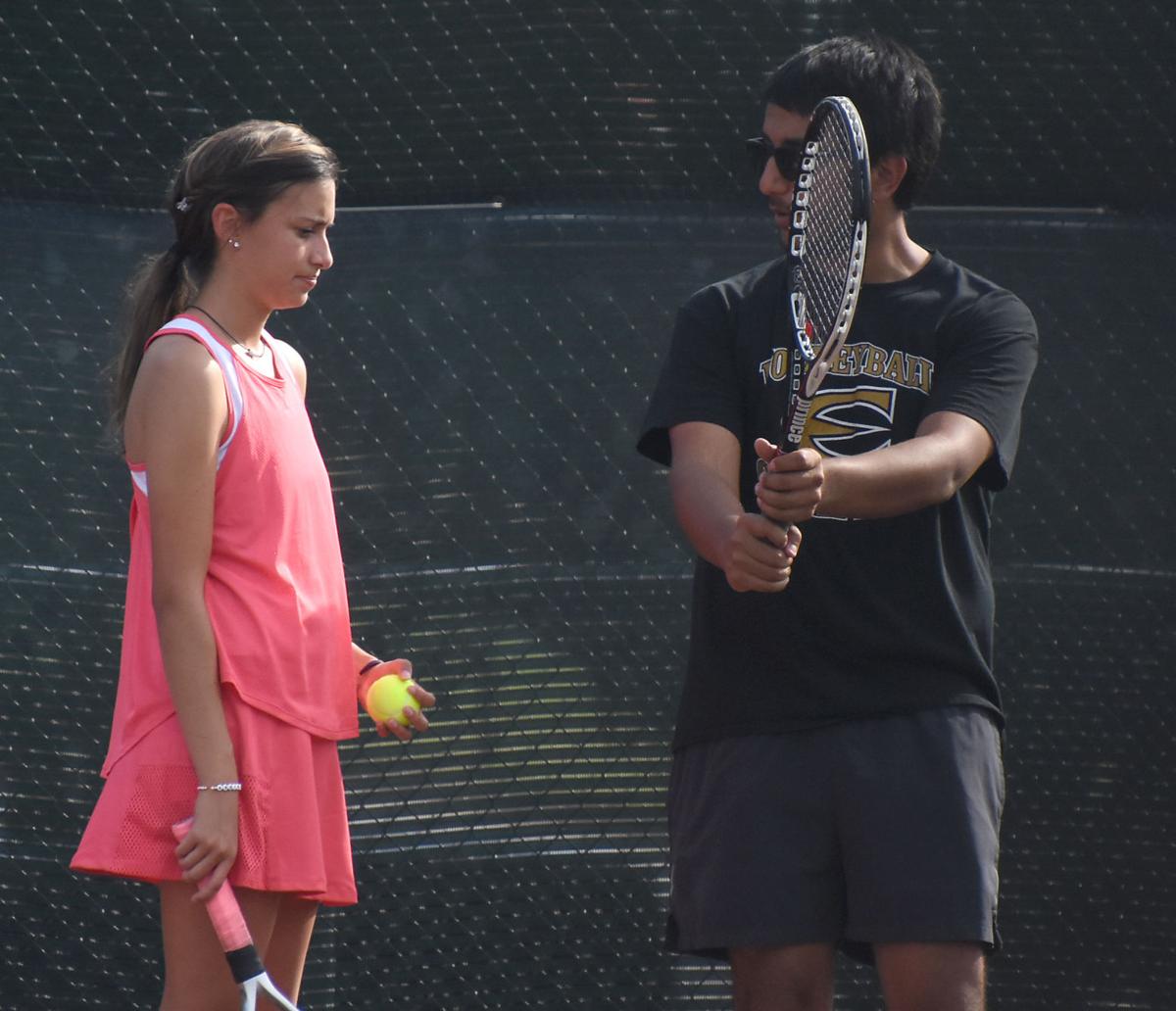 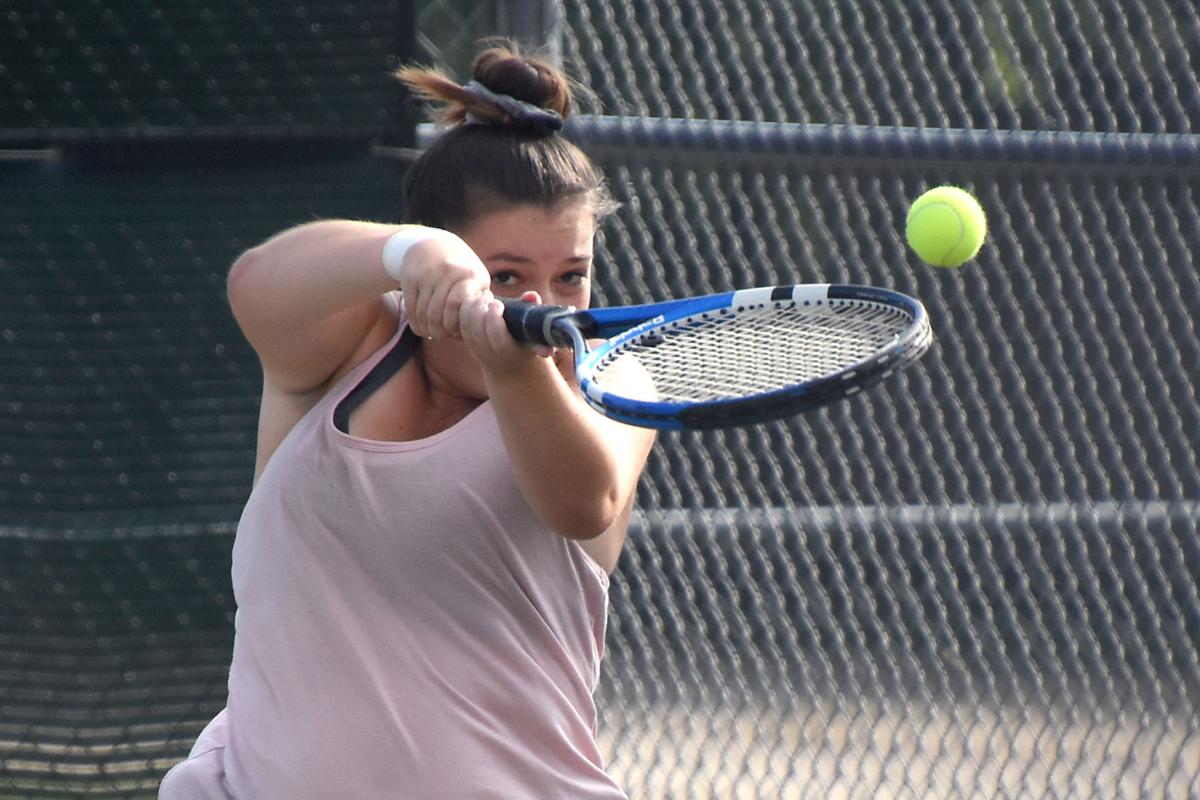 Senior Koey Keough follows through on a swing during Monday afternoon’s practice at Emporia High School.

Senior Koey Keough follows through on a swing during Monday afternoon’s practice at Emporia High School.

Two-time state qualifier Koey Keough is getting a new look at things at the outset of her senior season.

Keough, after twice reaching 5A State as a singles player, has opened this fall as part of the Spartans’ lead doubles unit, along with fellow senior Alejandrina Herrarte. Both were at state as sophomores and first-year head coach Saul Trujillo hopes this mix will help anchor a successful season for Emporia High.

He’s also open to changing things if it doesn’t play out.

“(Keough) is a great singles player, she’s consistent,” he said. “We had a really good doubles team last year that fell a little short (in regards) to state and (Herrarte) lost her doubles partner. Koey wanted to play that (role). We’re sticking to it right now, but obviously it doesn’t go (on) as planned, she can fall back to singles.”

The two made a solid debut on Thursday, placing third at the Spartans’ home invitational.

“Drina and I had really good communication throughout the entire day, even when we were down in our third match,” Keough said. “We were down 6-1 and came back (to tie it up) due to our communication and due to just playing better and getting to more balls.”

It’s that toughness that Trujillo hopes will continue to carry over to the rest of the roster.

“You can tell the moment (Keough) steps on the court she has that mindset, you can look at her face and she’s taking everything seriously,” Trujillo said. “She just (portrays) that mindset and attitude each and every day during practice.

“That’s senior leadership on display every time she’s out here.”

The second doubles team of Sophia Seeley and Alyssa Dix was fourth in the opening meet, earning more time to grow alongside each other.

Singles play, for now, will be a little more up in the air though Emily Leihsing and Kaitlyn Velasquez both served in that capacity in the season opening meet.

“Emily played J.V. last year (and is) stepping into that second varsity singles (spot),” Trujillo said. “Kaitlyn, a freshman, has that same mindset as Koey, the takes everything seriously mindset.”

The collective group, however, has been putting in time to work their way into advancing among the ranks.

“They take criticism well, they’re willing to improve (and) I like their work ethic,” Trujillo said.

The Spartans’ next varsity competition will be Thursday at Spring Hill, while their next home action will be Saturday

“It’s been a learning experience,” Trujillo said of his first year leading a program. “I have great assistants (and) we’re all working together and have been grinding. The girls have improved a lot so far. I know it’s early in the season, but I like what I’m seeing so far.”