Sign Up
Log In
Purchase a Subscription
You are the owner of this article.
Edit Article Add New Article
You have permission to edit this article.
Edit
Home
News
Sports
Obituaries
Opinion
Area News
Print Edition
Magazines
Covid19
Classifieds
Subscribe
1 of 5 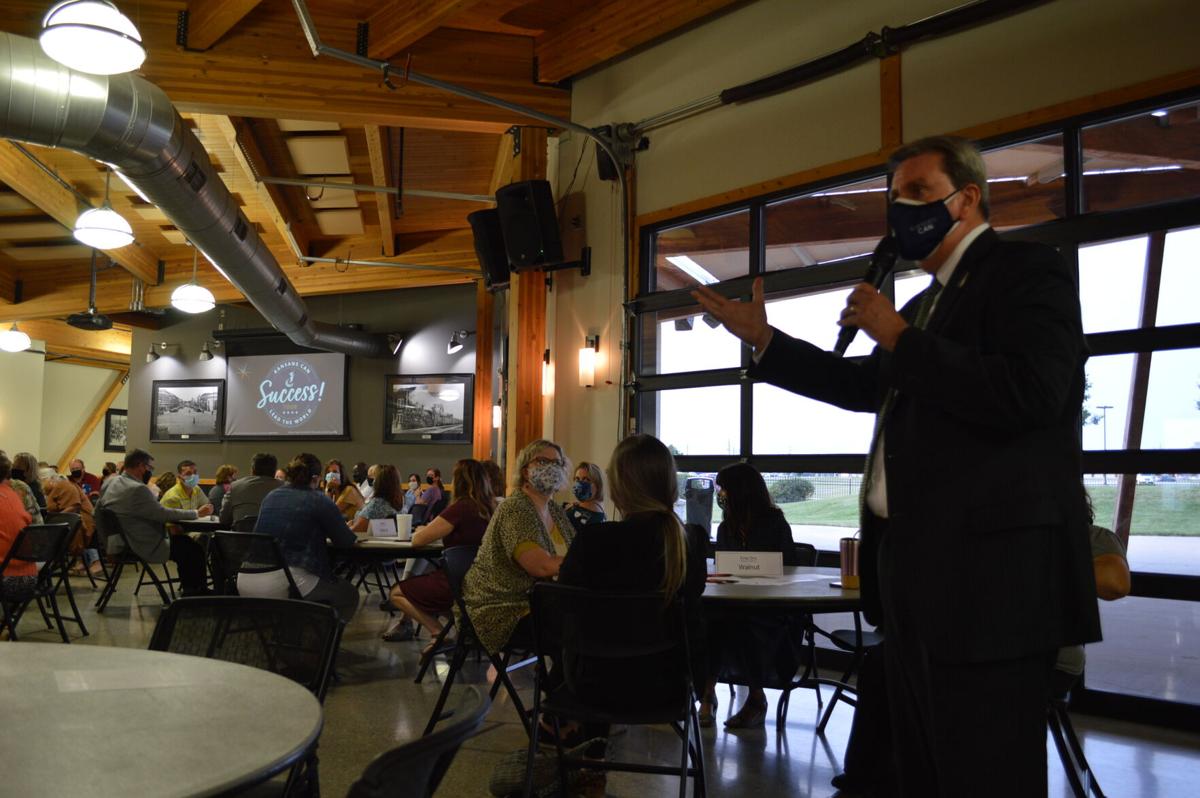 Kansas Education Commissioner Randy Watson talks about Kansans Can redesign success and the work that still needs to be done Wednesday evening at the Bowyer Building. 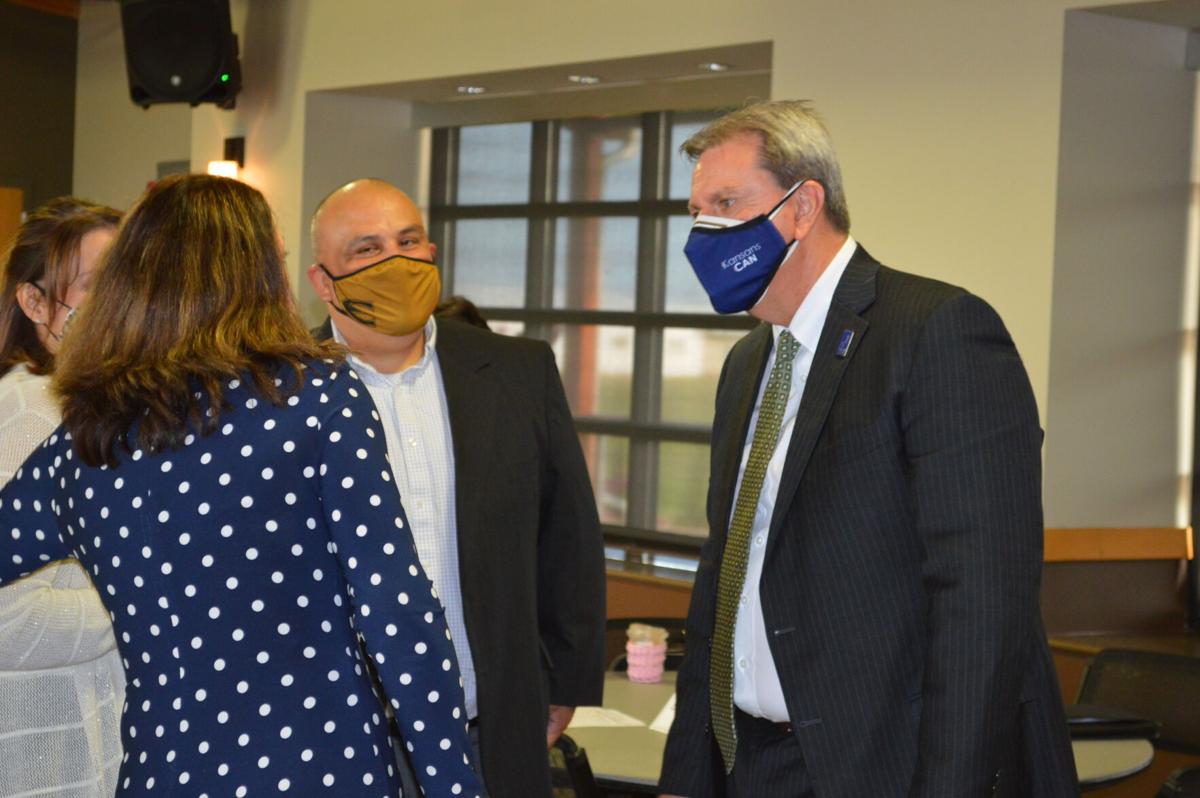 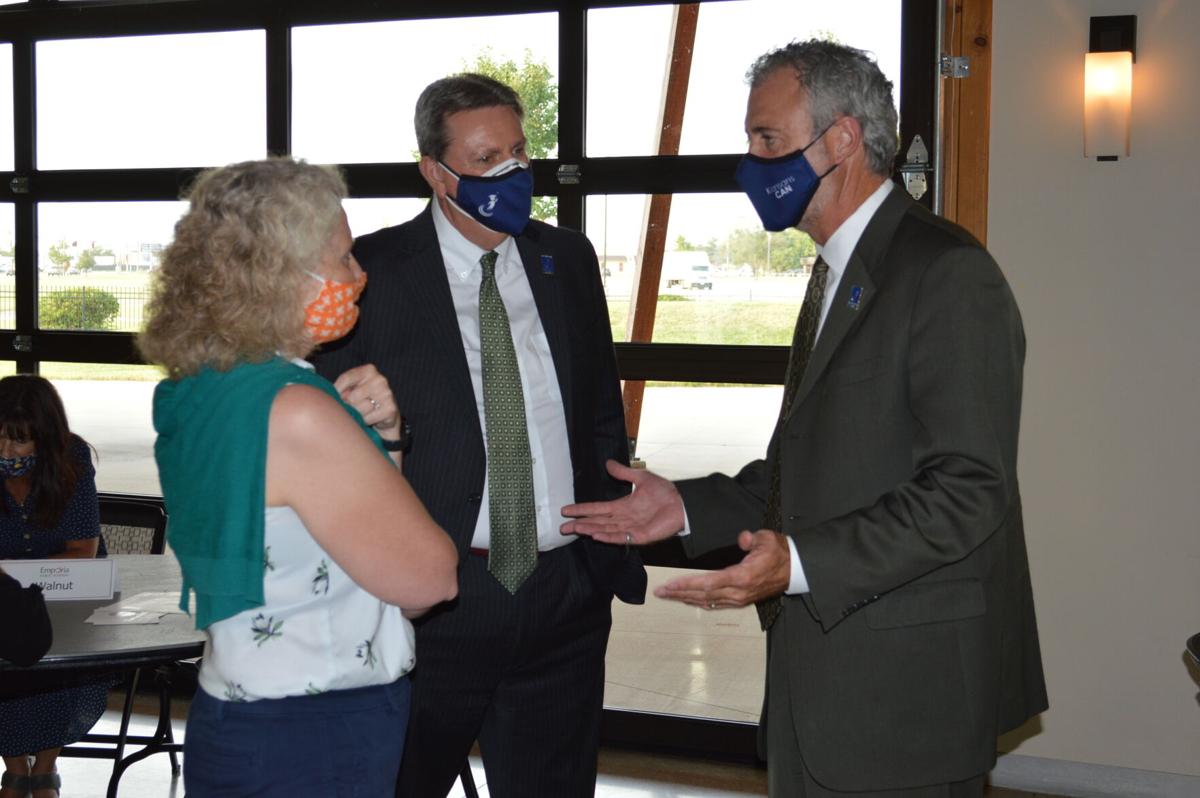 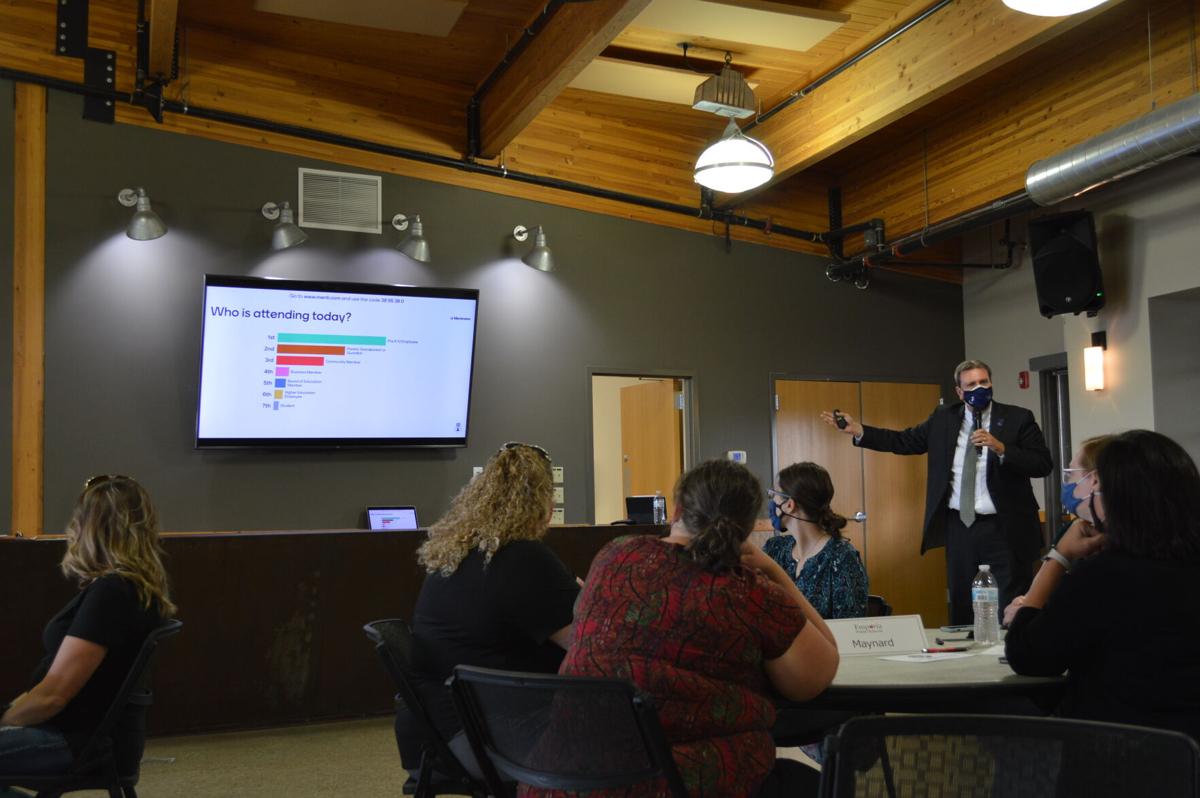 Kansas Commissioner of Education Randy Watson shows the results of a real-time poll at the Bowyer Building. 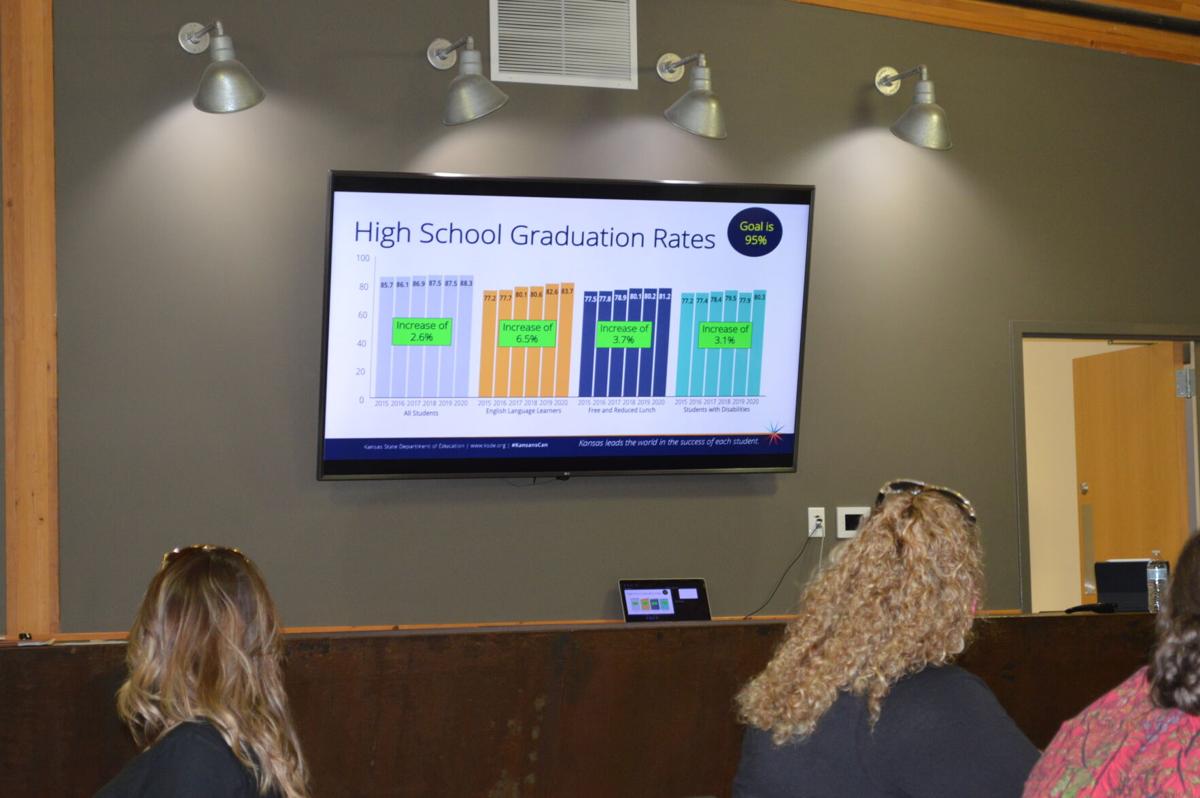 High school graduation rates have never been higher in the history of Kansas.

Kansas Education Commissioner Randy Watson talks about Kansans Can redesign success and the work that still needs to be done Wednesday evening at the Bowyer Building.

Kansas Commissioner of Education Randy Watson shows the results of a real-time poll at the Bowyer Building.

High school graduation rates have never been higher in the history of Kansas.

Six years after launching an ambitious plan to change how the state approached education, Kansas Education Commissioner Randy Watson says there is already much to celebrate and still more work to be done.

That was the overarching message during Watson’s visit to the Bowyer Building at the Lyon County Fairgrounds Wednesday evening as part of a statewide listening tour, where more than 100 educators, parents, community members and students were in attendance.

“We need to show the full picture,” Watson said. “We graduated the most students that Kansas has ever graduated [last year]. Now we need to look at the ones who didn’t graduate, each individual child.”

That mindset is the vision behind the Kansans Can School Redesign Project, when the state board of education adopted a vision to lead the world in the success of each individual student. The word “each” would be the most difficult part of the sentence to implement.

Joined by KSDE deputy commissioner Brad Neuenswander, Watson discussed the early days of redesign. What would it look like? What could Kansas schools do differently to give students an edge?

Neuenswander said Kansas businesses were surveyed on what skillsets and qualities they felt high school graduates were lacking, repeating the surveys for two- year and four-year degrees. Overwhelmingly, non-academic skills like communication, teamwork, professionalism and work ethic were seen as lacking across the board. Technical skills – or skills students would learn in school — were typically not something a business identified.

“The only thing we were really truly measuring was content and technical knowledge,” Neuenswander said. “We’ve got to make learning relevant [to those concerns].”

The question was, how would schools measure those non-academic skills? How could districts measure things like perseverance?

Wednesday night’s visit was Watson and Neuenswander’s 37th stop in their statewide tour and Watson marveled at how much interest in the redesign process has grown over the past six years. When the initial tours began, Watson said they were lucky to get a third of the crowd present at the Bowyer Building.

“It’s unbelievable,” he said of the number of people present, “both in the attention and the diversity.”

The redesign project began to look at post-academic success rates. In 2015, only Emporia State University was providing updates on its graduates but in six years the data pool has increased.

Watson said part of the process is remembering that each school district has different needs with different school populations. What works for students at USD 251 North Lyon County may not be a good fit for students at Emporia Public Schools.

Still, the end goal is the same: ensuring the success of Kansas students during and after their elementary and secondary years.

“This is not ‘Friday Night Lights’ when one school has to lose for another to win,” Watson said.

Keep changing those goalposts, KSDE. As soon as districts have spent thousands on training in money and hours adapting from basic standards governed by local districts, to AYP, to Common Core, now districts can spend more on Redesign training and initiatives. Our kids will never get ahead with you constantly changing goalposts. Send federal Title money back so we can educate Kansas kids how we want to educate them.