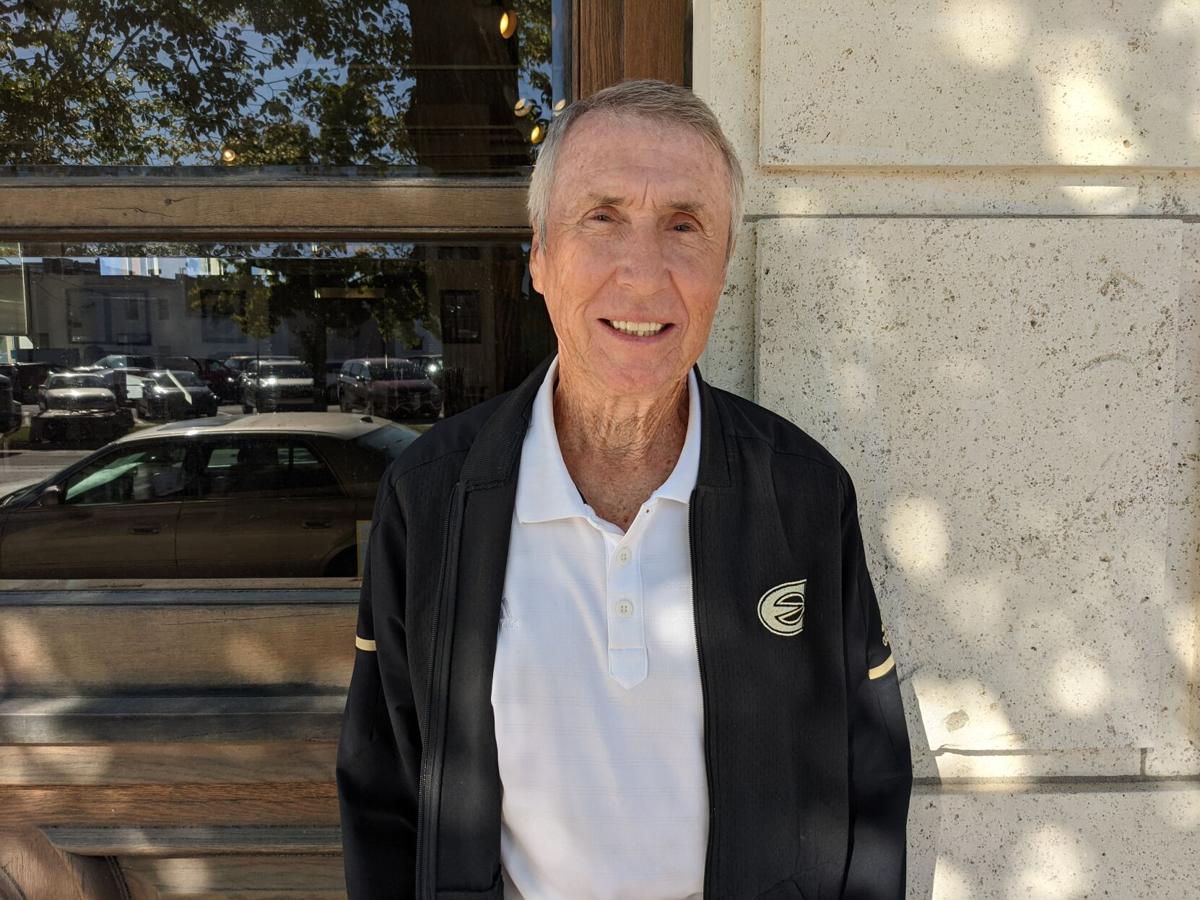 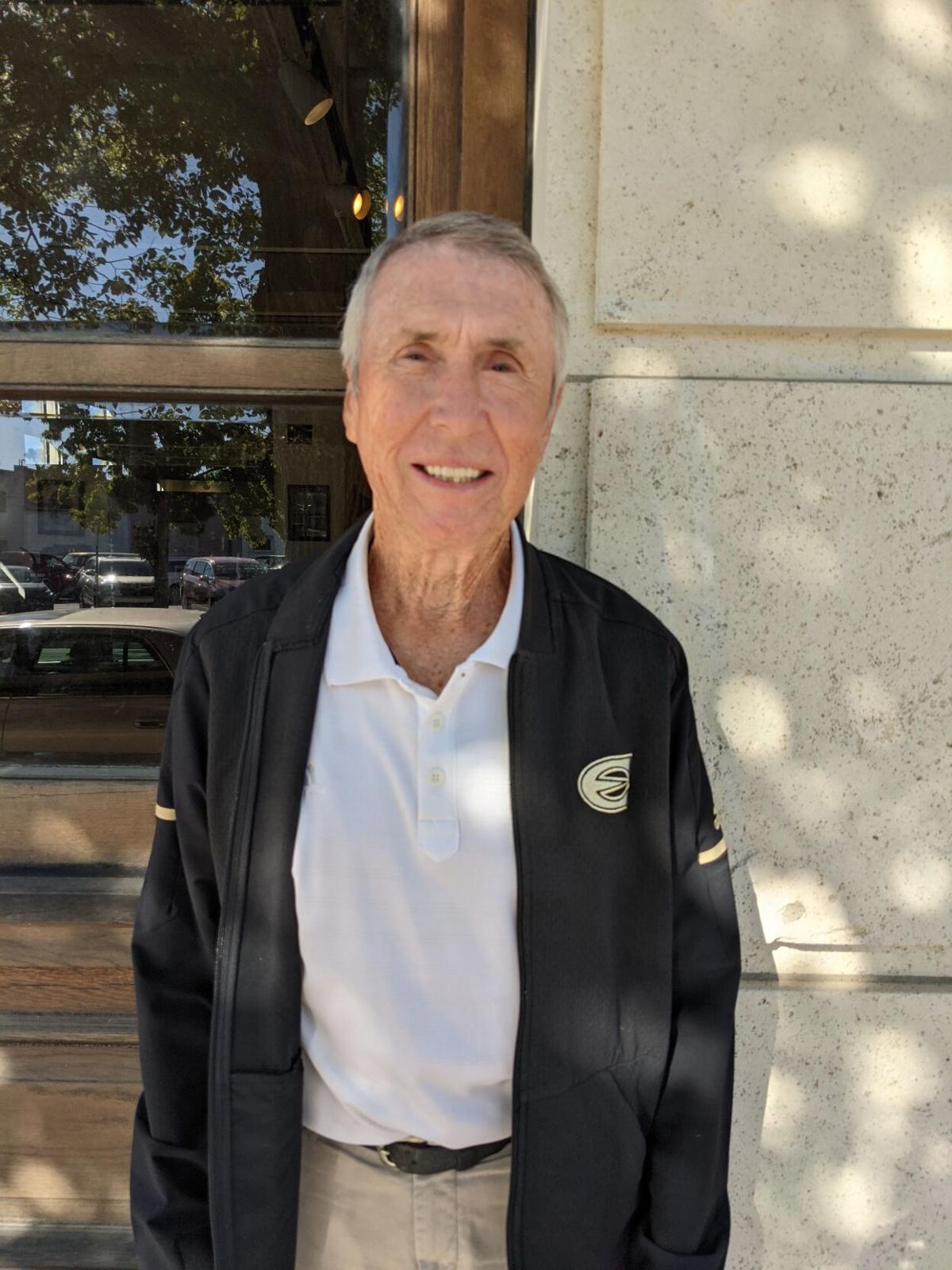 Replacing a legend is always a daunting task. Olpe has decided to replace its legendary girls basketball coach with another.

It’s a highly unique situation. Very few coaches will take over a program that is on a 51-game winning streak and defending a state title. And perhaps even fewer coaches will replace someone with whom they’ve had a close, personal friendship for more than 50 years.

Nelson was the first recruit that Slaymaker ever signed at Emporia State back in 1970. And then once Nelson graduated, Slaymaker gave his former player his first coaching position as an assistant on his Hornet coaching staff.

Over the years, the two have maintained a steadfast relationship, with Nelson even becoming a mentor to his old coach when Slaymaker came out of retirement to lead the Chase County girls basketball team in 2014.

Perhaps that’s why Slaymaker is the perfect fit for the role.

“I’m not intimidated by the situation,” he said. “In fact, I look forward to the challenge.”

Slaymaker has already retired twice — once from Emporia State in 1998, and then again from Chase County earlier this year. It wasn’t necessarily his intention to start coaching once more, but events unfolded in such a way that the door was opened to him again.

As the commissioner of the Lyon County League, Slaymaker was very close to Olpe’s coaching search. He said initially the hope was to hire an internal candidate, but when that didn’t work out, the school asked him for help with identifying quality applicants.

“As that transpired, everyone I talked to had choice words for who would want to do that because of the history,” he said. “… It would be a tough act to follow and that was the response I got. You’ve got to be a little bit crazy to take on that job, especially since they lost all their starters from last year. The further that it got into the school year, it seemed less likely that there was going to be somebody emerge, and what the heck? I did it back at Chase County. I took on the job because it was needed and so I said I would do it if you can’t find somebody and I’d do it with excitement. I can consider it an honor to be a coach there and to follow my good friend Jesse Nelson.”

Some have questioned his decision-making in taking the Olpe job, but, to be fair, they did the same thing when he agreed to coach at Chase County seven years ago. However, he said he fell in love with coaching girls basketball and that he wishes he had done it earlier in his career. Walking away from something so meaningful is difficult, so even though he won’t be the youngest coach on the court, why quit when he still has the desire and vigor to do it?

The good news is that Slaymaker has a wealth of experience coaching high-level basketball — now including high school girls — and he’s taking over a group of players that has been coached extremely well from a young age. And it helps that he believes he is very similar to his protege-turned-predecessor, both in personality and in schematics.

“I will not try to reinvent the wheel,” he said. “Whatever I can do that has been done in the past that fits my style, we will do it. So it’s not like starting over.”

While Nelson is prioritizing other things in his retirement, Slaymaker said he plans to regularly “pick his brain” for coaching advice, which he also did when he took over Chase County.

But Slaymaker knows that he’s only a temporary solution for Olpe and that at some point the school will have to bring in a younger, more long-term head coach. He isn’t sure for how many seasons he’ll hold the position, but he’s going to do everything he can to sustain the success that the Eagles have had for decades.

People have pointed out as much to Slaymaker, telling him how lucky these small town girls are to have him as their coach.

But he doesn’t see it that way.

“My response back was, ‘No, I’m the lucky one. I am the lucky one,’” he said. “And I sincerely believe that. … I’ve done some incredible things in my life, but I still feel like I’m lucky to have the girls at Olpe and Chase County.”

(Standing at the foul line)...Dribble twice, spin the ball three times, say to myself "This one's going in..." ...Swish!

Congrats Coach Slaymaker and coaching isn’t a job of ages, it’s abilities of love for the sport and the teaching of the future kids and that why your still doing it. Retirement or not. it’s in your DNA to lead those kids