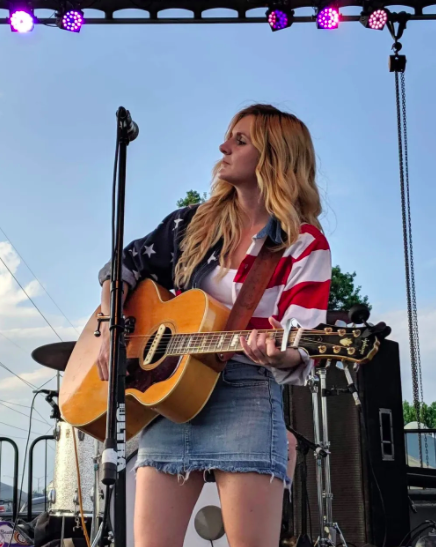 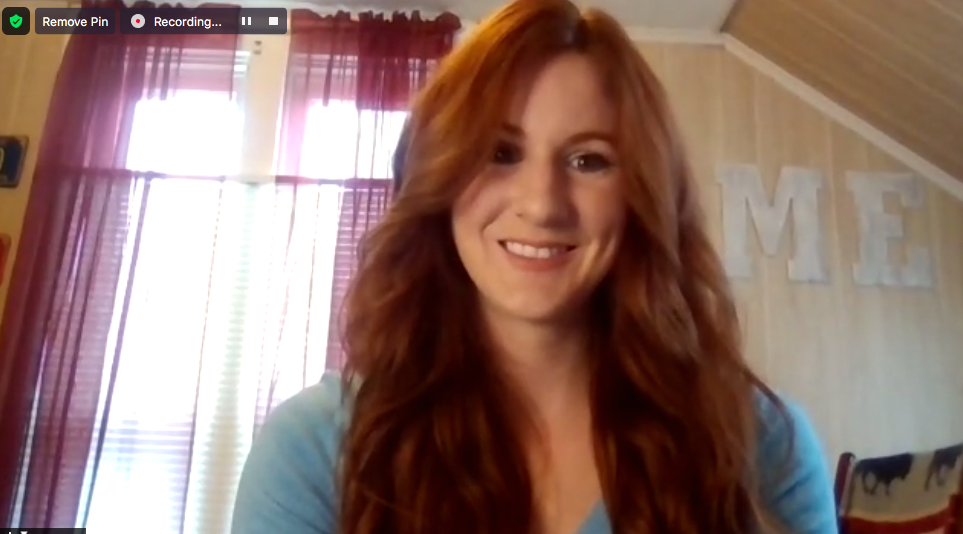 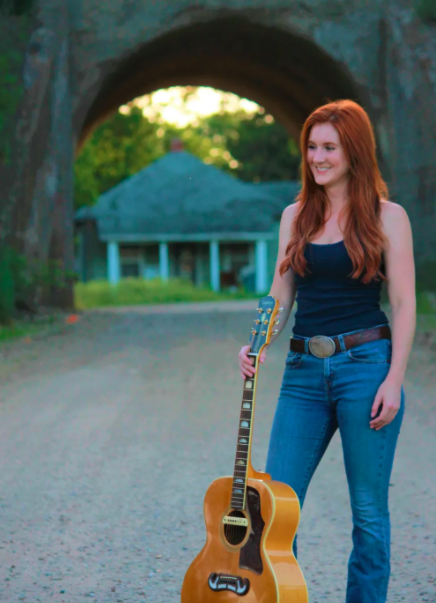 Savanna Chestnut isn’t sure how a casting agent for “The Voice” found her cover of the Thompson Twins’ classic “Hold Me Now,” but she’s certainly not complaining.

In fact, when they first reached out, the 25-year-old Emporia-based country singer/songwriter thought it was a scam.

“‘The Voice’ thing is just kind of this lucky thing that happened to me, but it was definitely gonna help a lot in keep me moving forward,” Chestnut said. “I never really expected it or anything like that.”

Chestnut has always loved music and loved to sing. When she was 12 or 13, she started singing in her grandparents’ bar in Americus and realized that other people liked her voice, too.

It was around that time that her mother, Darcy Stevens, bought Chestnut her first guitar for Christmas.

“Up until that point, I hadn’t really thought about playing an instrument,” she said. “But, it seemed like a good idea, so I took some lessons and learned a few chords — and I still just know a few chords. I started writing songs and it just kind of kept going from there.”

Chestnut started playing at the Emporia Farmers Markets and little shows here and there. Then, at 18, she took a leap of faith and moved to Nashville.

“I had to move to Nashville to get a lot of people from back home to take me seriously,” Chestnut said. “It is funny how that worked. I left and then all of a sudden people finally wanted to book me for gigs here and around the Midwest — so it worked out.”

A Northern Heights High School graduate, Chestnut said she had “starry dreams” of the big city and going somewhere bigger than home. After experiencing life outside of her small town for awhile, she was ready to come home. Chestnut landed a record deal with a small independent label in Kansas City and moved back home.

Three months later, the label closed its doors. Chestnut was disappointed, but said she was ready to come back home to the Midwest.

“I came back to Kansas to work with them and they crashed just months later,” she said. “I just kinda kept working on it myself and ended up booking a lot of shows to the point where I was finally able to quit my last day job a few years ago. It’s been a long journey.”

Ultimately, being able to play her music full-time was all Chestnut wanted.

“People would ask me, ‘are you trying to be famous? Are you trying to be the next Miranda Lambert or Carrie Underwood or Taylor Swift?’ And, I wouldn’t wanna be compared to her,” she said with a laugh, “But no, ... what I always wanted was just to be able to make a living off of playing my music, so once I accomplished that, it’s kind of just been all right. I’ll just keep doing this until I either get tired of it or something bigger happens.”

Chestnut said she’s looking forward to the coaching process after getting picked by Shelton. While she’s had some time to spend with her coach so far, Chestnut has not worked with him much just yet.

“The time that I’ve spent with Blake has been fun and just a ‘once in a lifetime’ kind of deal,” she said. “I’m definitely appreciative for whatever time I can get.”

Chestnut said she was blown away by how many views her audition video was getting on Facebook — as of press time it had more than 1.3 million — and another 450,000 on YouTube. She was nervous about getting so much exposure so quickly, but so far, it’s been a positive experience.

“I was actually really worried that I was gonna have to shy away from and keep myself from reading like YouTube and Facebook comments on their page because people can be really harsh on the internet,” she said. “But no, so far it’s been mostly very kind, nice things people have said.”

She’s hoping people who like her audition video will look her up and check out more of her music on her website: www.savannachestnutcountry.com. Particularly, she would love them to listen to her most recent album, “Prairie Fire.” Her music, she said, is meant to be relatable.

“I always try to be really honest in my music and that I hope that people can hear that and appreciate it,” she said. “I try very hard to stick with a traditional country sound, which ... it was kinda getting lost there for a few years, but is circling back around there now.”

Chestnut said she puts a lot of work into her music and she hopes people who listen to it can see that.

“I hope that they can see the effort and that these are songs that I have worked hard on and didn’t just try to write out a generic hit or anything,” she said. “And hopefully, people will find that song [they like.]”