Sign Up
Log In
Purchase a Subscription
You are the owner of this article.
Edit Article Add New Article
You have permission to edit this article.
Edit
Home
News
Sports
Obituaries
Area News
Print Edition
Magazines
Covid19
Classifieds
Subscribe
1 of 11 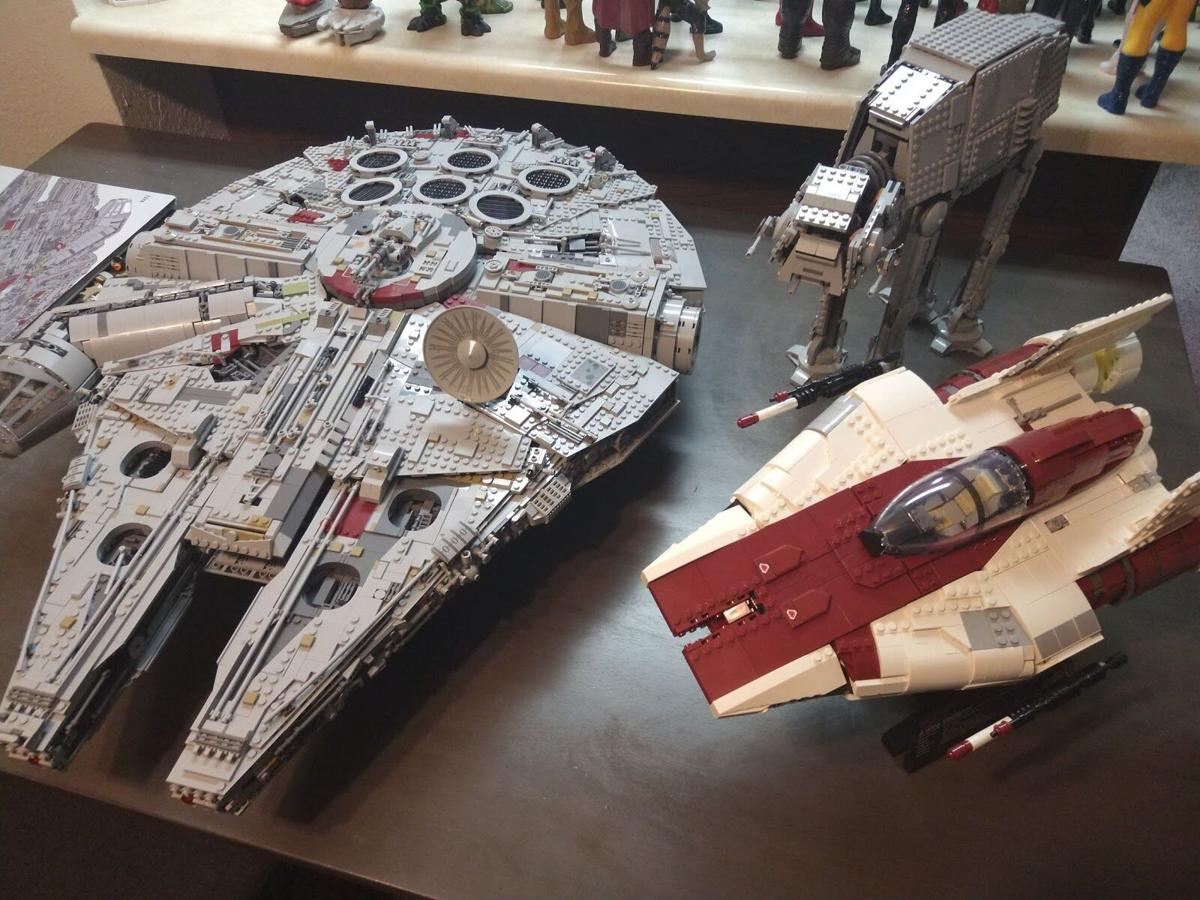 This 7,500-piece Millennium Falcon model is under construction. 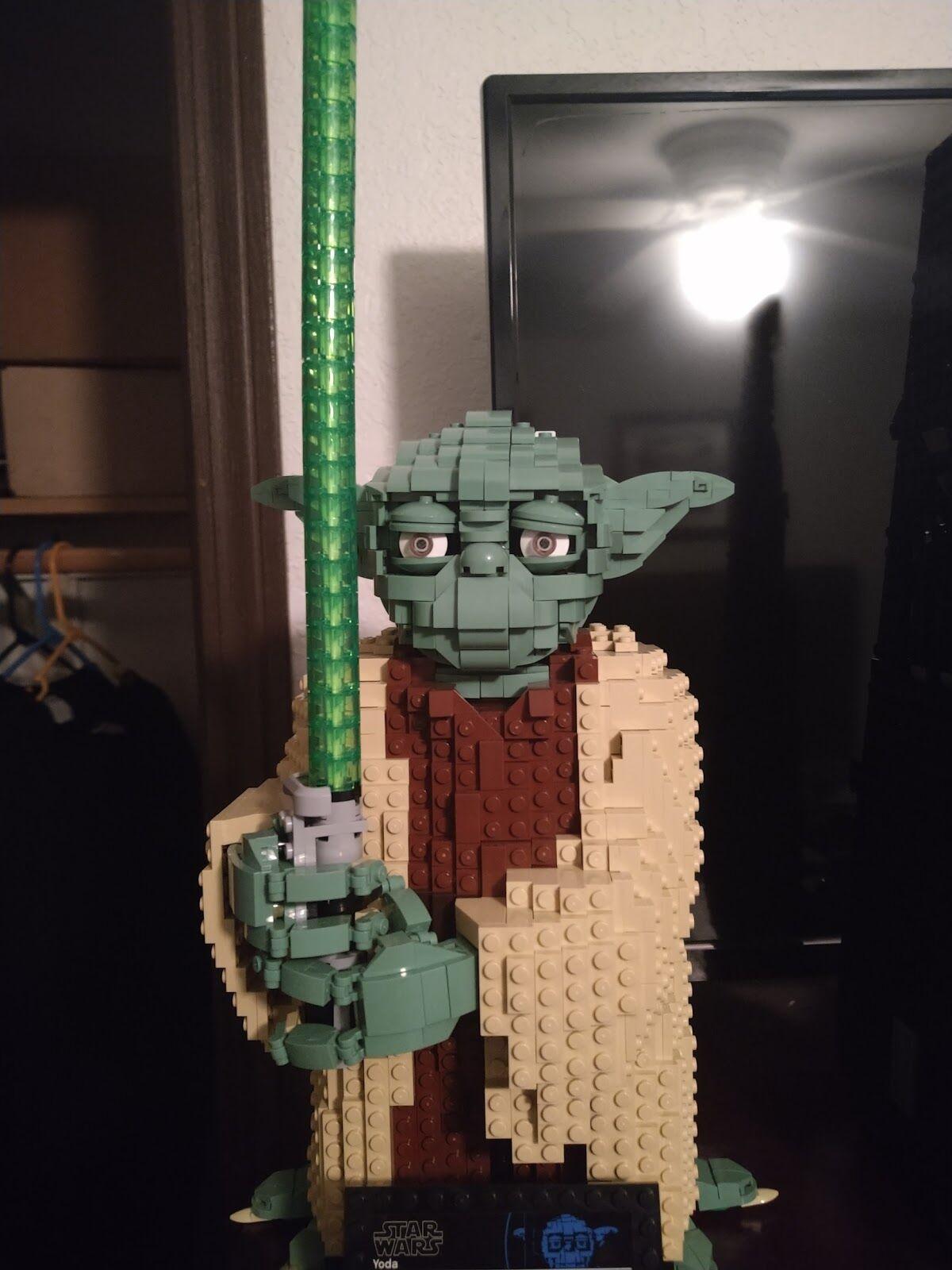 Yoda is one of about 30 Lego sets Robert Andrade has purchased this year. 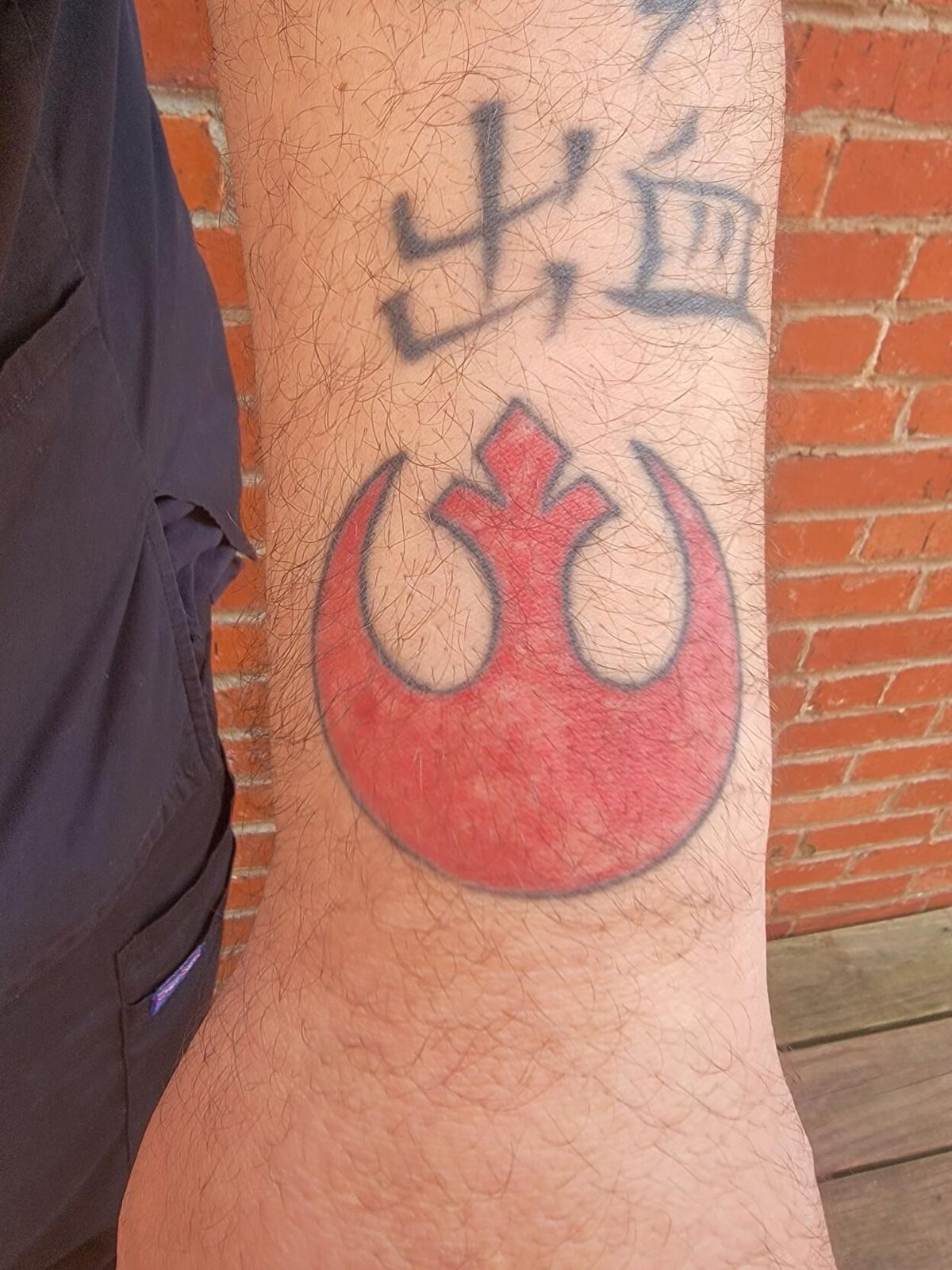 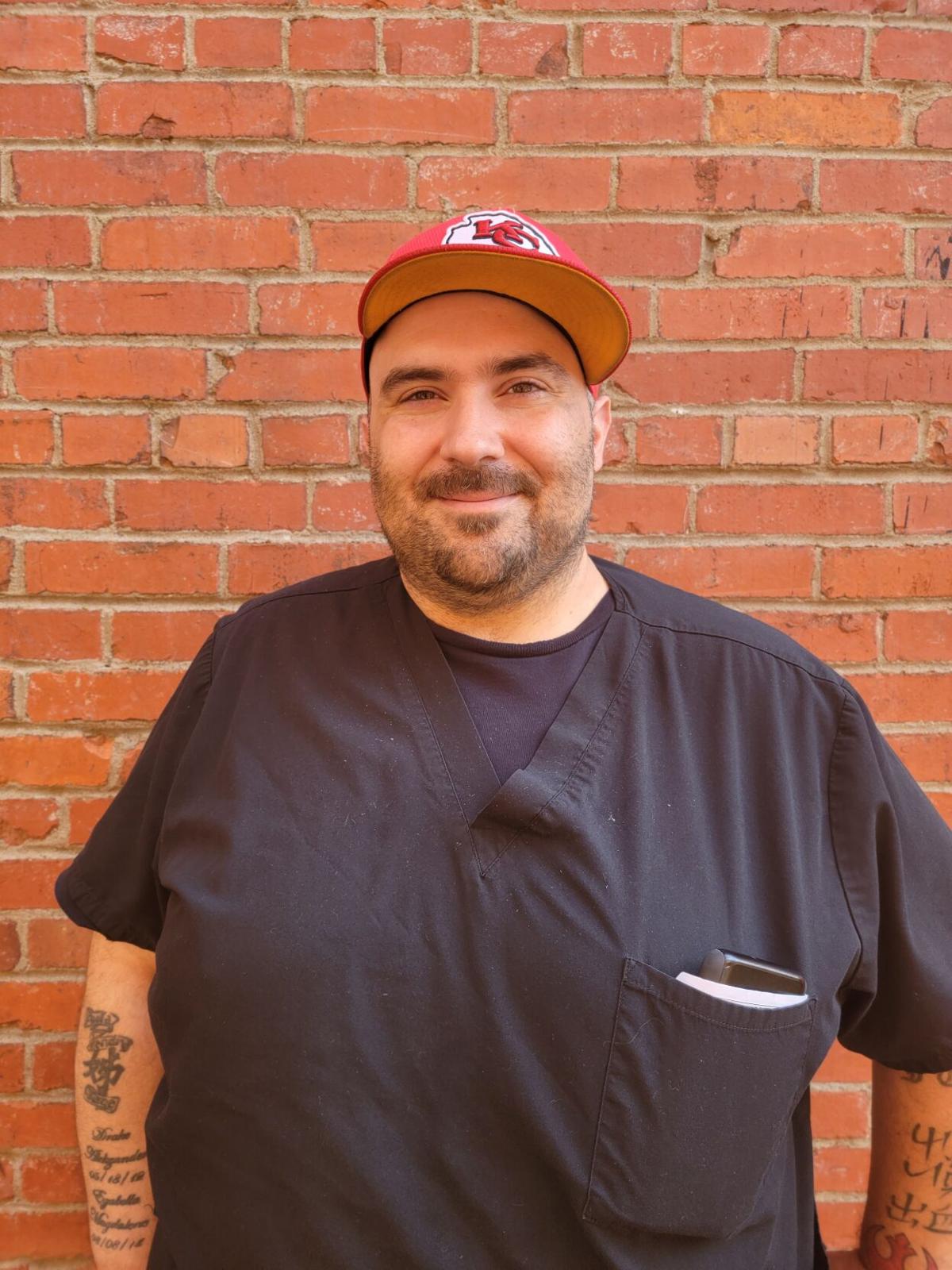 Robert Andrade of Emporia is a lifelong “Star Wars” fan. 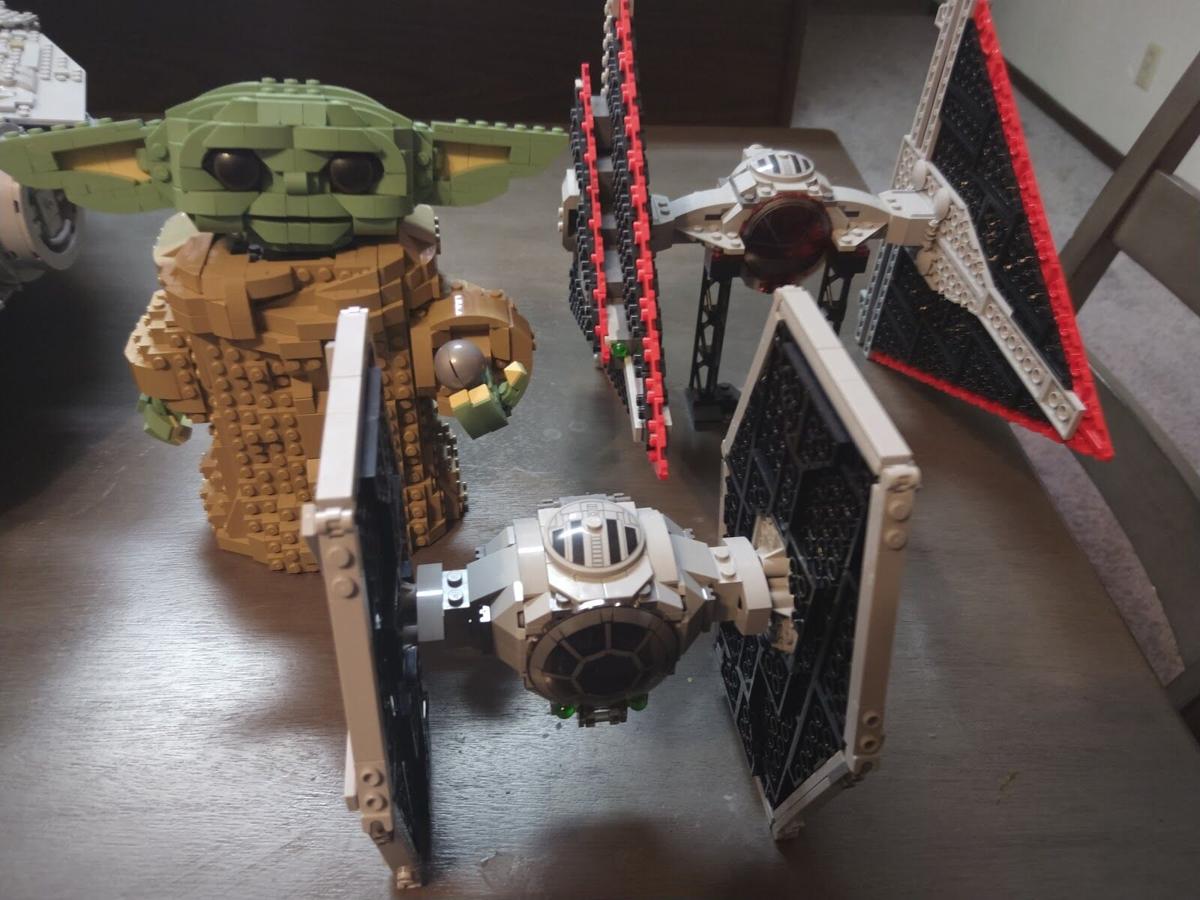 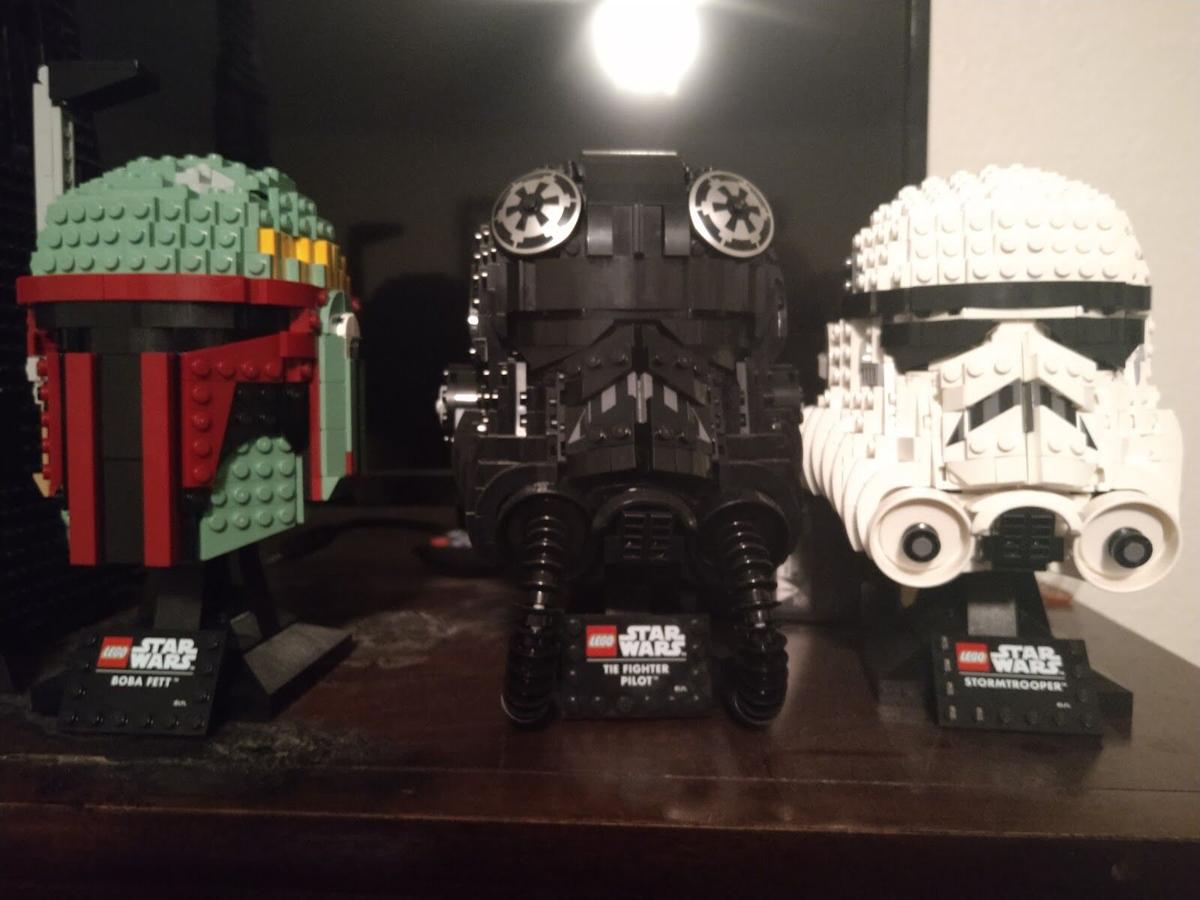 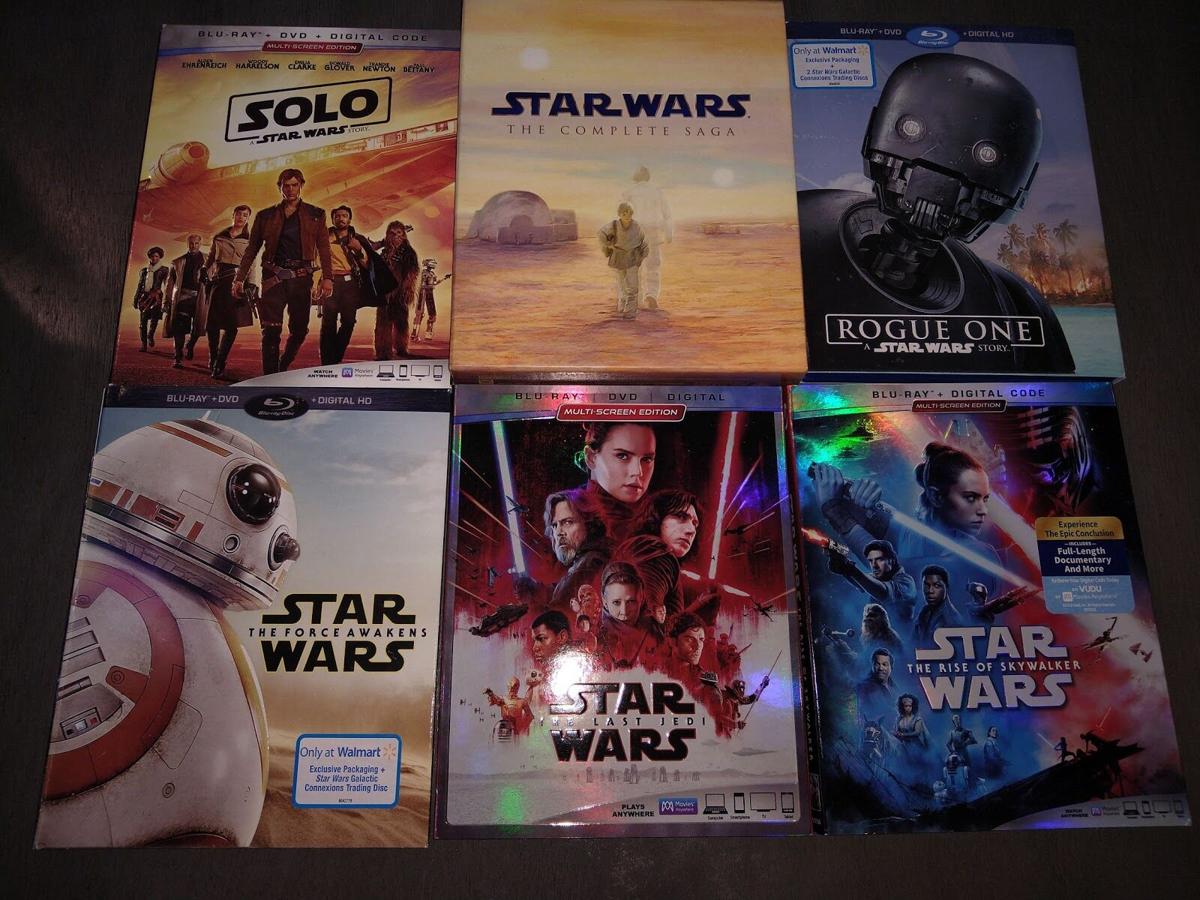 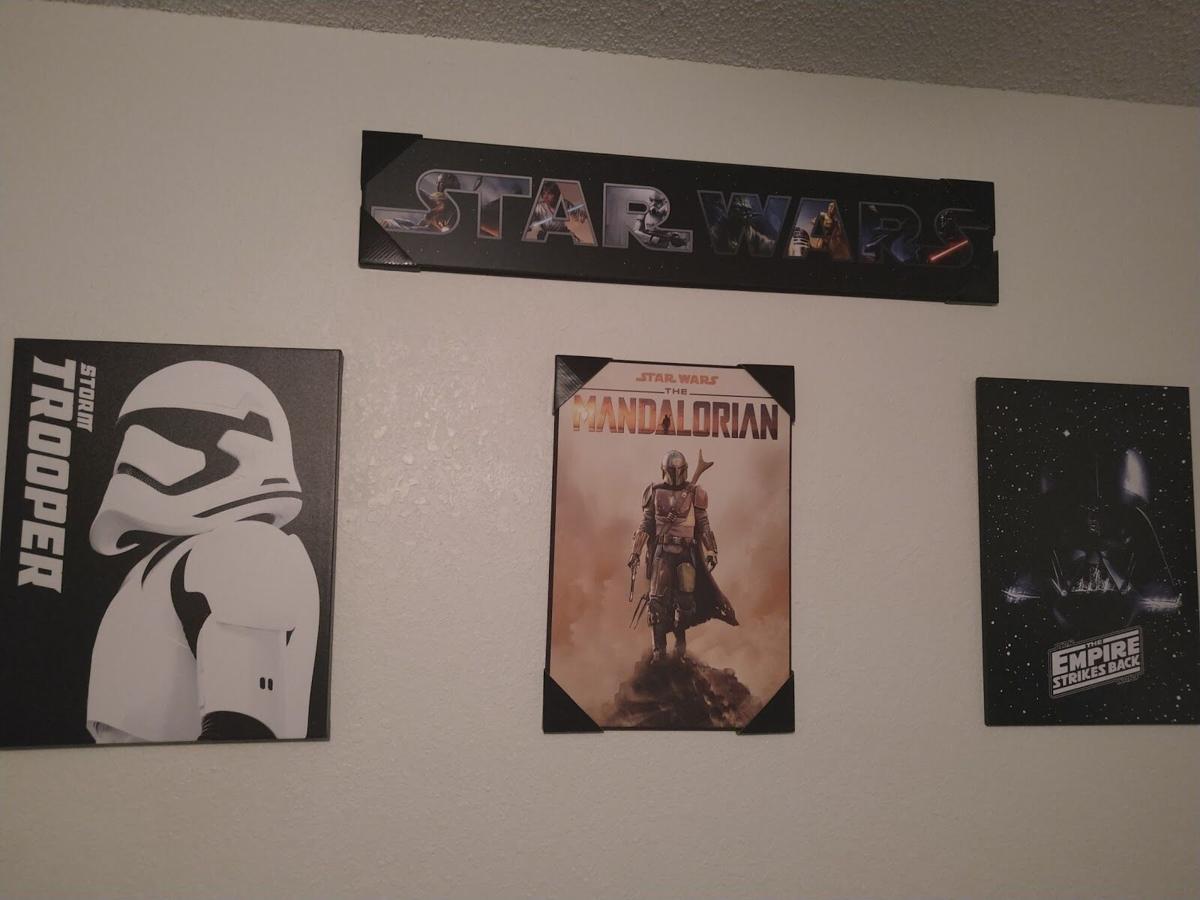 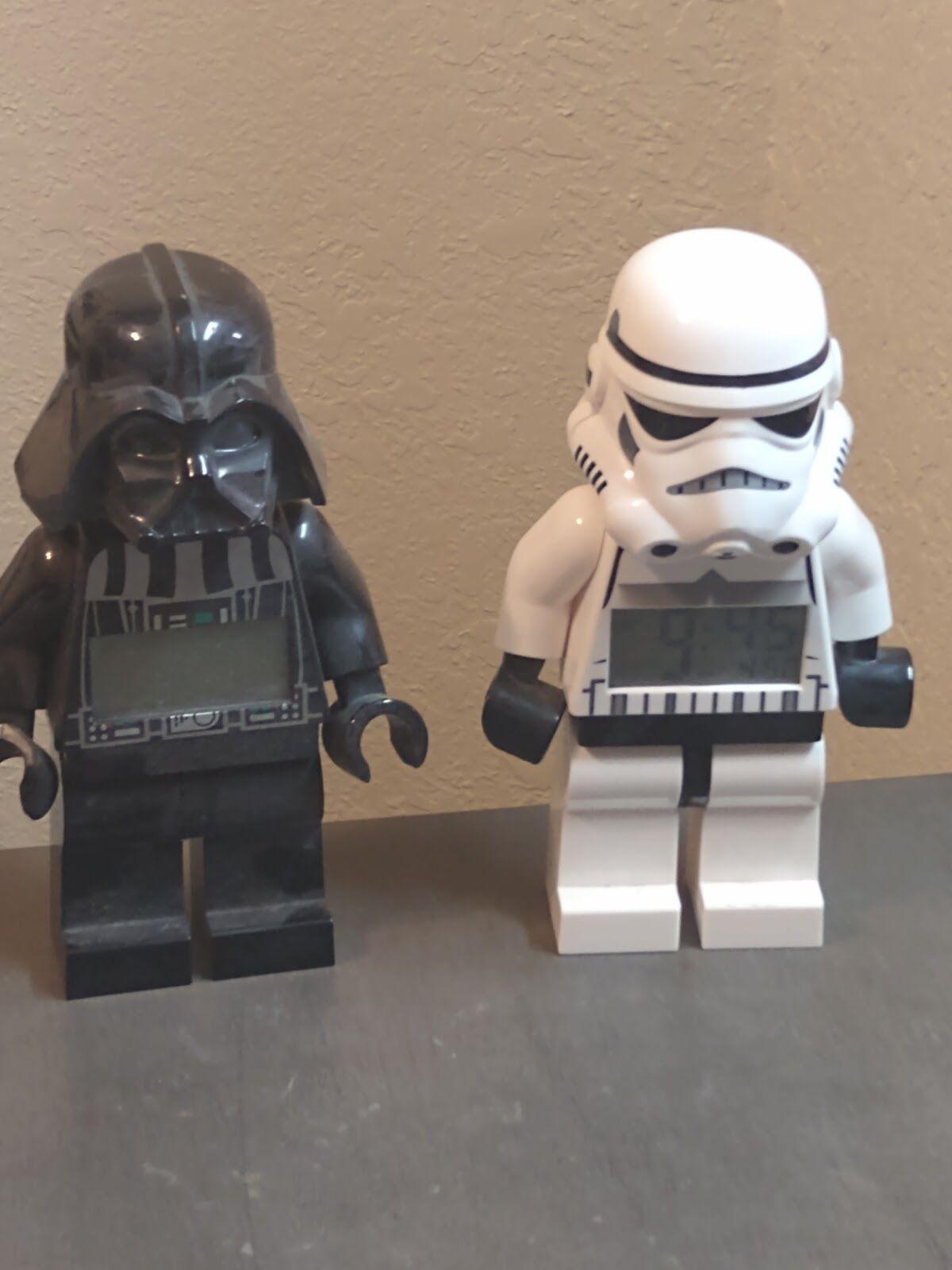 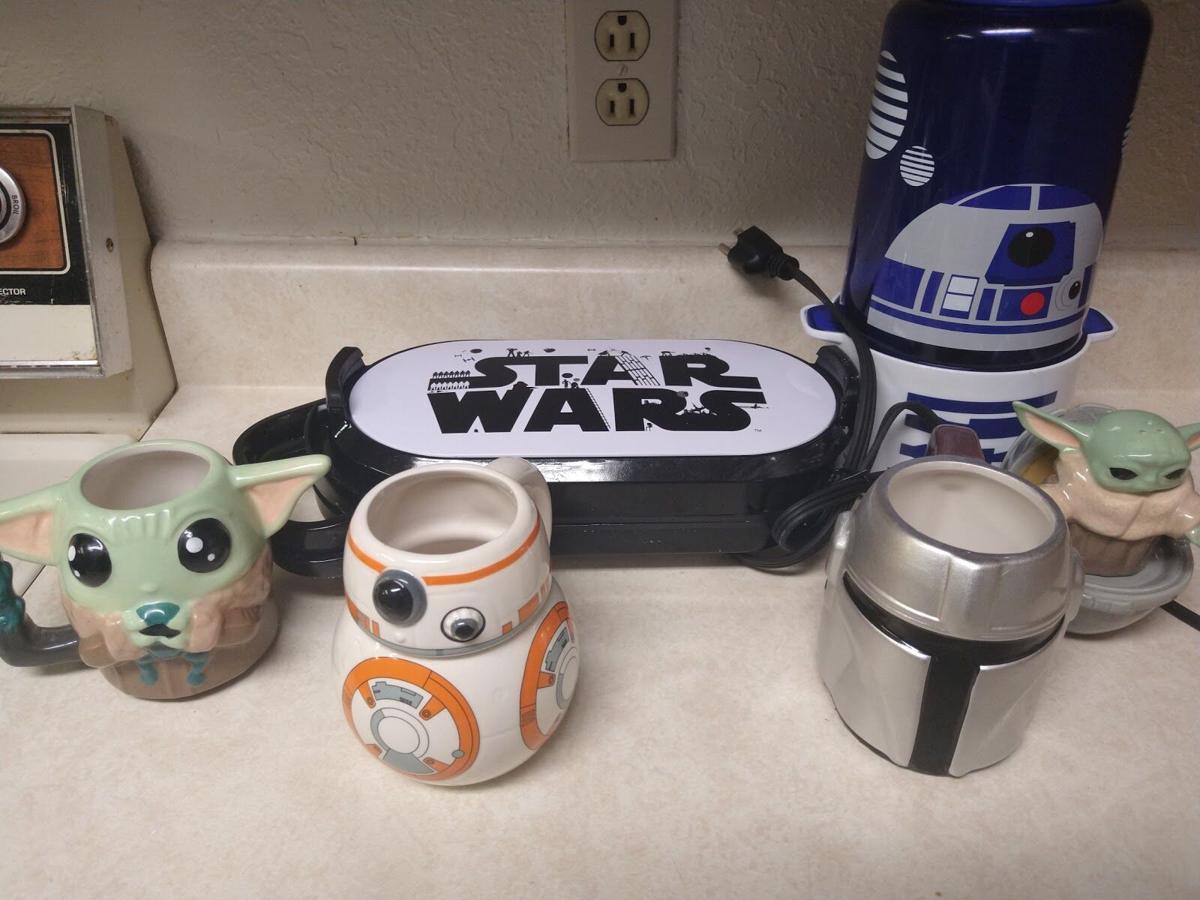 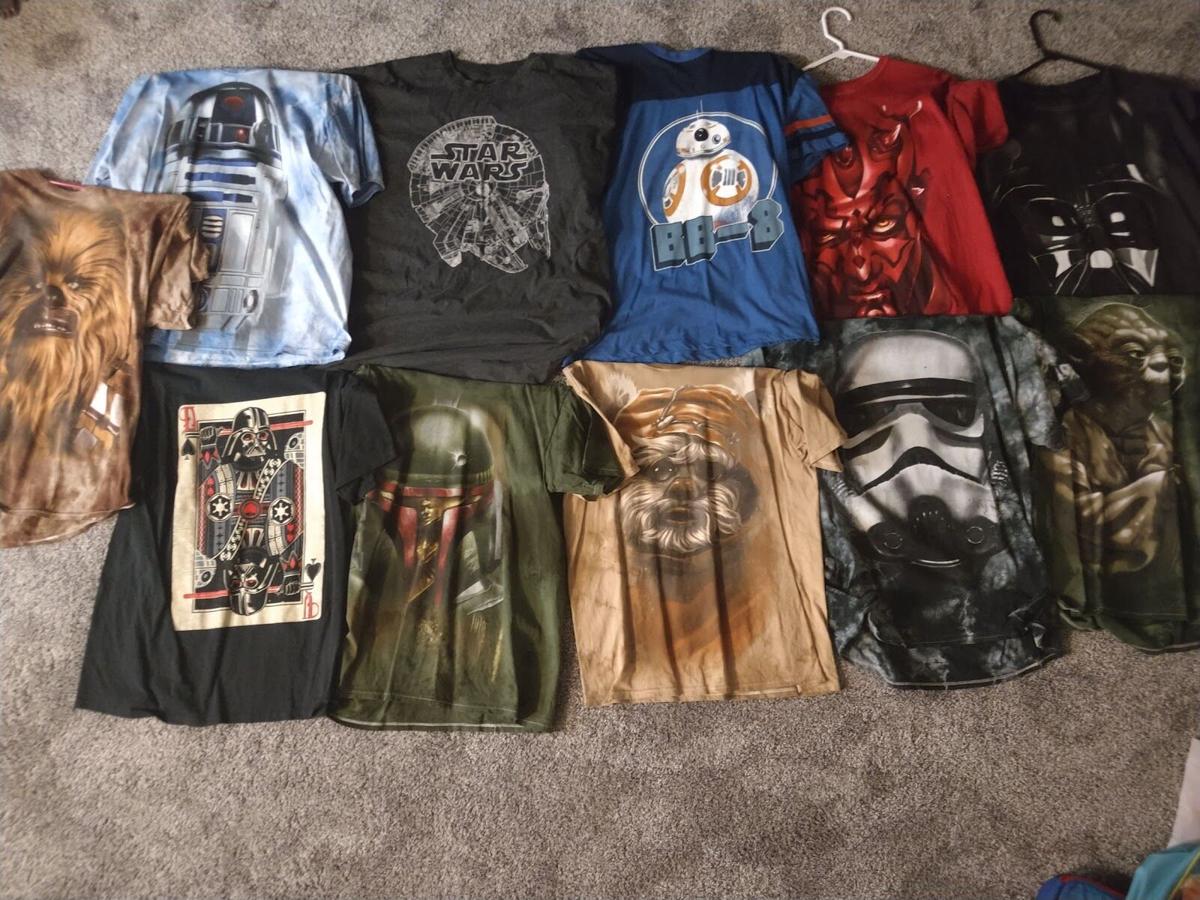 This 7,500-piece Millennium Falcon model is under construction.

Yoda is one of about 30 Lego sets Robert Andrade has purchased this year.

Robert Andrade of Emporia is a lifelong “Star Wars” fan.

It began as a campy space opera that wasn’t expected to garner much attention but 44 years later, the Force is still strong with “Star Wars.”

Maybe even more so on May 4 — Star Wars Day.

Star Wars Day is an unofficial holiday adopted by Star Wars fans around the world, thanks to a pun replacing the iconic catchphrase, “May the Force be with you,” with “May the fourth be with you.”

According to starwars.com, the pun was created organically by fans early on after the first film’s theatrical release and has been embraced for decades.

Especially by fans like 38-year-old Robert Andrade of Emporia. For Andrade, Star Wars has, quite literally, been around for his entire life.

“I remember being a young kid watching it on TV,” he said. “It was always on the channels like NBC and it always, constantly had commercials, so I was never able to have the full experience. It wasn’t until I was in middle school that we got to buy the original trilogy on video and I watched those all the time.”

By then, Andrade was hooked. He said he loved getting lost in the Star Wars universe, the opening crawl serving as that first buzz of excitement.

“I mean, who doesn’t love the lightsabers and the blaster?” he said with a laugh. “It’s just a great thing to get lost in.”

“I don’t know if it was the giant dog thing that got me or it was the noises that he made but I just love him,” he said.

So much so that, for Halloween last year, Andrade wore a roaring Chewbacca mask to Emporia Presbyterian Manor where he works as a medication aide. While he had to wear a regular face mask over his mouth as well, Andrade said his coworkers and manor residents got a kick out of his costume — even if some of them don’t really enjoy the movies.

“I’ve been trying to organize a movie night but so far no one’s been down yet,” he said.

Now with two kids of his own, Andrade is doing his best to raise the next generation of Star Wars fans. His daughter is a big fan of the Disney Plus series “The Mandalorian” and its popular character Baby Yoda.

And it was with his efforts to find all the Baby Yoda merchandise he could that Andrade found himself with another Star Wars obsession.

Andrade is nearly finished building a 7,500 piece Lego replica of the Millennium Falcon. The $800 set has taken him about a month to build, he said. And, it’s one of about 30 Lego sets he’s purchased this year.

“I went all the way up to Kansas City to get it; I think they all know me by name now,” he said. “It’s like Norm from ‘Cheers.’ The box weighed like 50 lbs and I get home and usually the sets are like seven bags with seven steps to put together. This one is like 17 steps with six or seven bags in each step. It’s pretty much covering the whole table. We don’t eat at the dinner table right now.”

Andrade said he’s missing one piece to complete the set and is waiting on it to ship to him from the Lego warehouse in Denmark.

“There is no warehouse for Legos in the United States; it’s in Denmark,” he said. “We have distribution centers, but no warehouse. There’s only one in the world.”

Andrade said he’s going to have to purchase some more shelves to display all of the Lego models he’s built this year.

And that’s just some of his Star Wars collection.

And a Rebel Alliance tattoo.

“It’s part of who I am,” Andrade explained. “All of my tattoos have meaning.”

As for his Star Wars Day plans, Andrade said he was planning to watch “Star Wars: The Bad Batch” — a spin-off of “The Clone Wars” premiering today — and take in a movie or two. It’s been a long time since he’s had a May 4 off from work and been able to properly celebrate.

Andrade had some advice for people new to the Star Wars series, too.