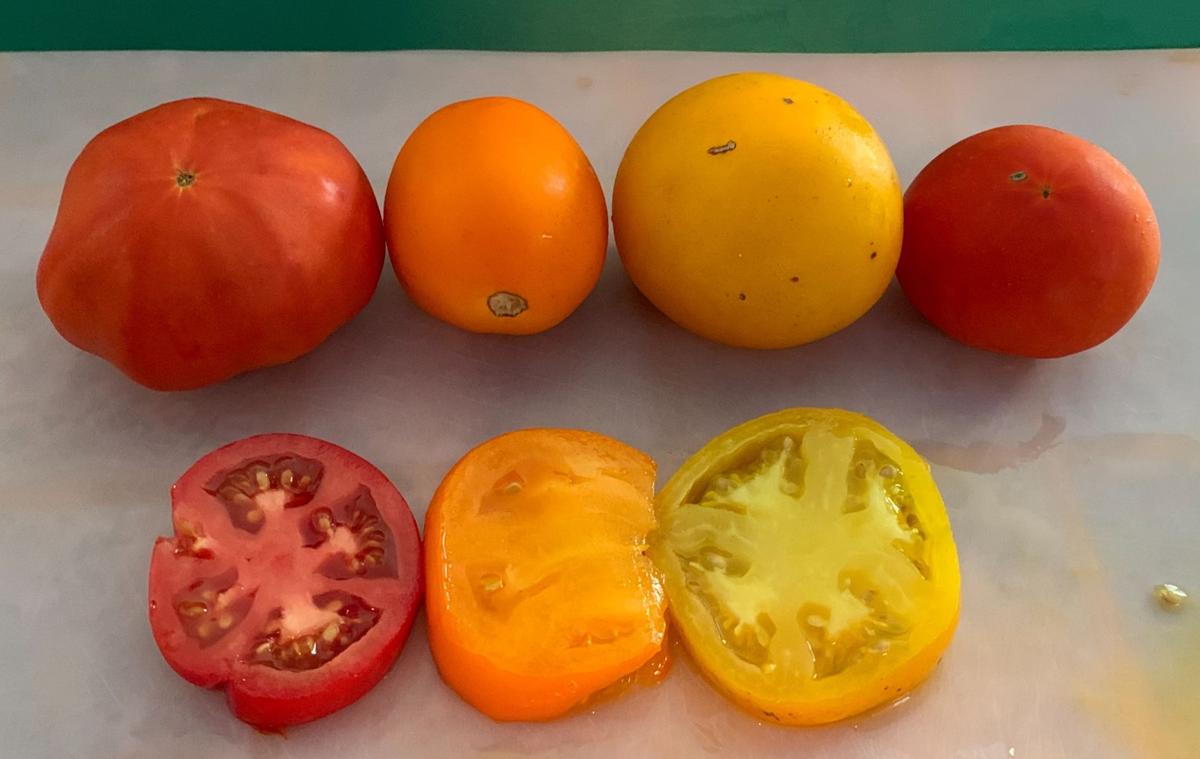 The last of the tomato harvest from my backyard is ready for pie. 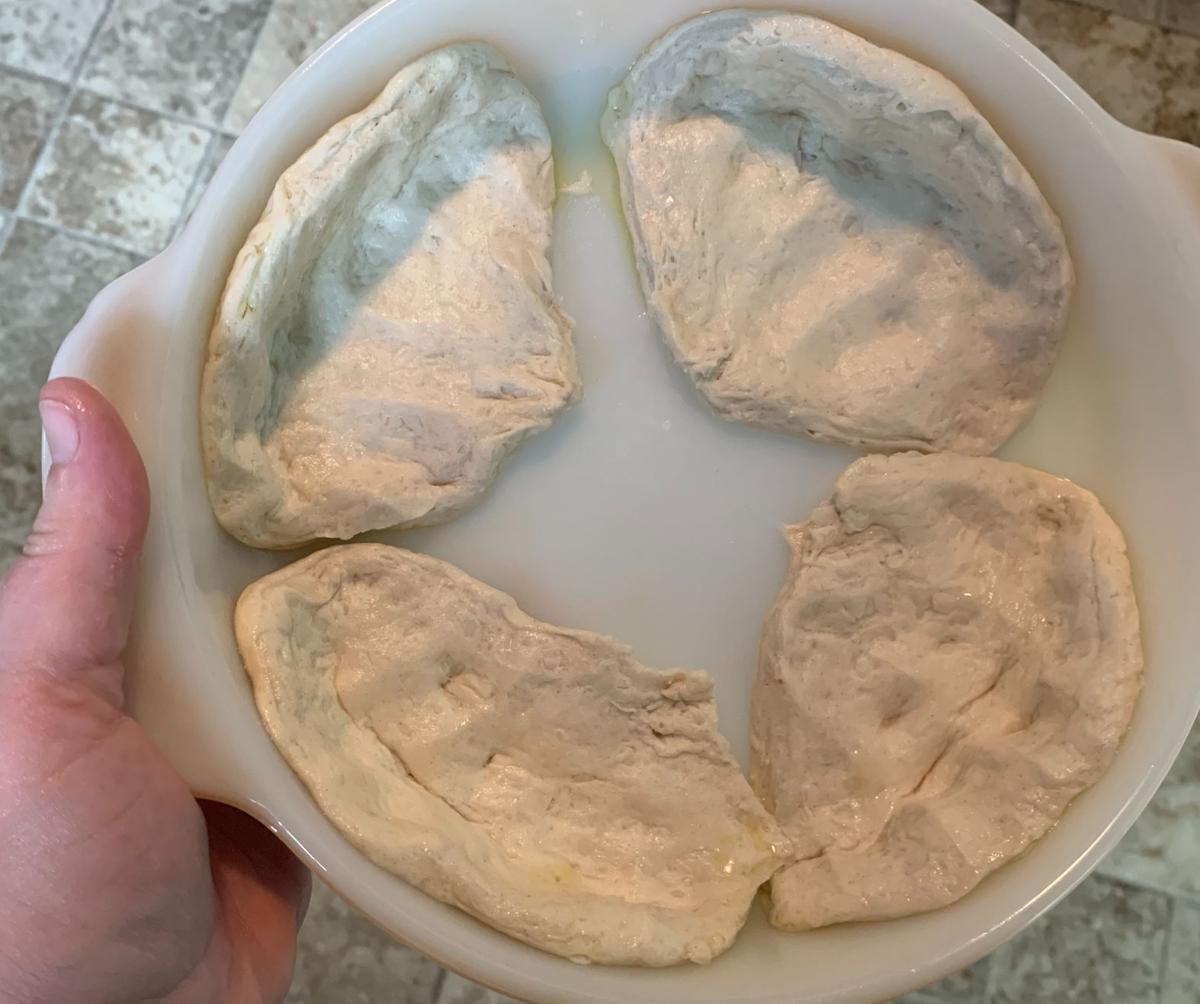 Make a fist and knuckle the biscuits into shape in your baking dish. I did the edges, then filled in the center with a final biscuit. 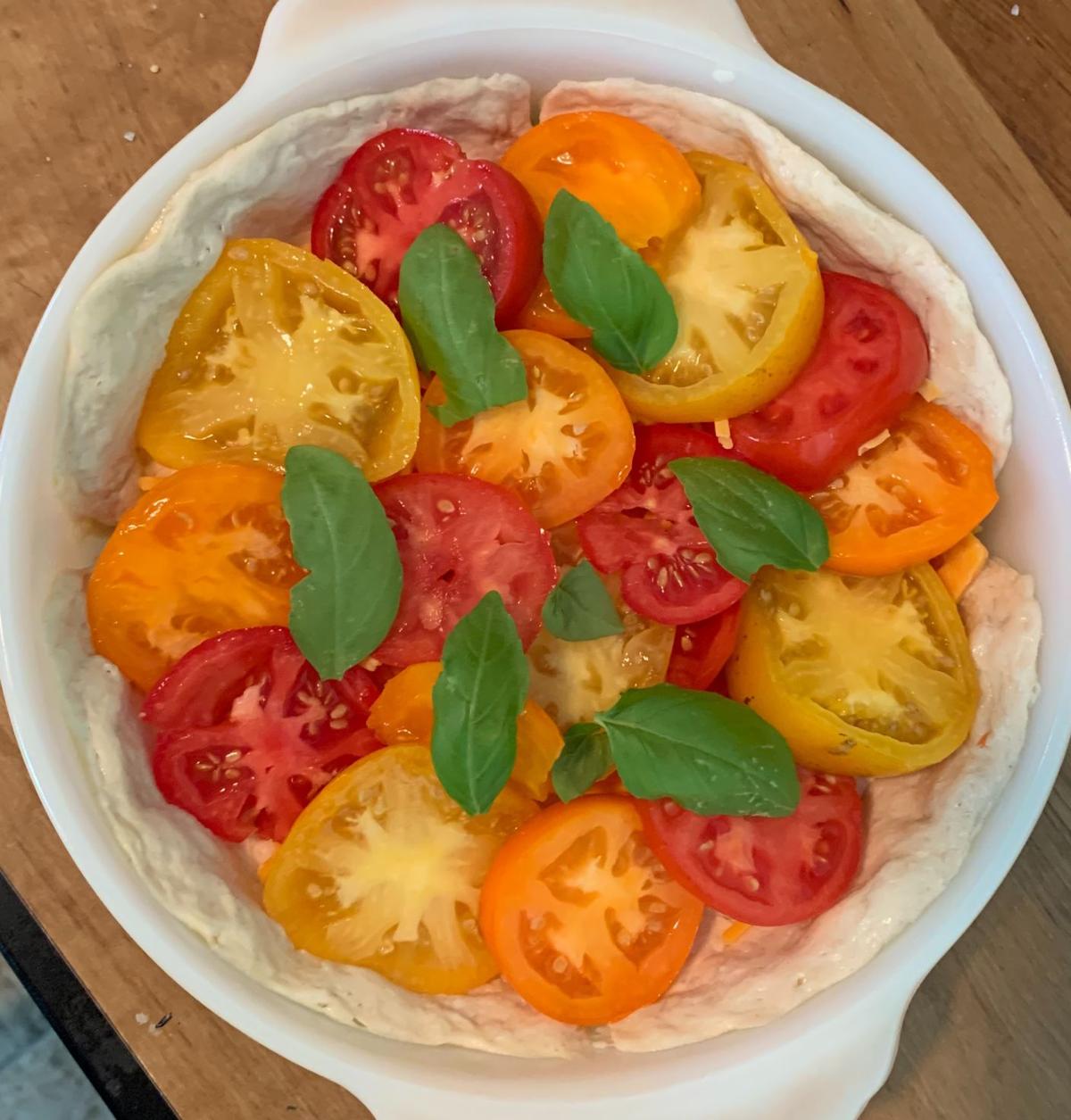 After sprinkling a layer of shredded cheddar cheese, arrange tomatoes and basil on top of the biscuits. 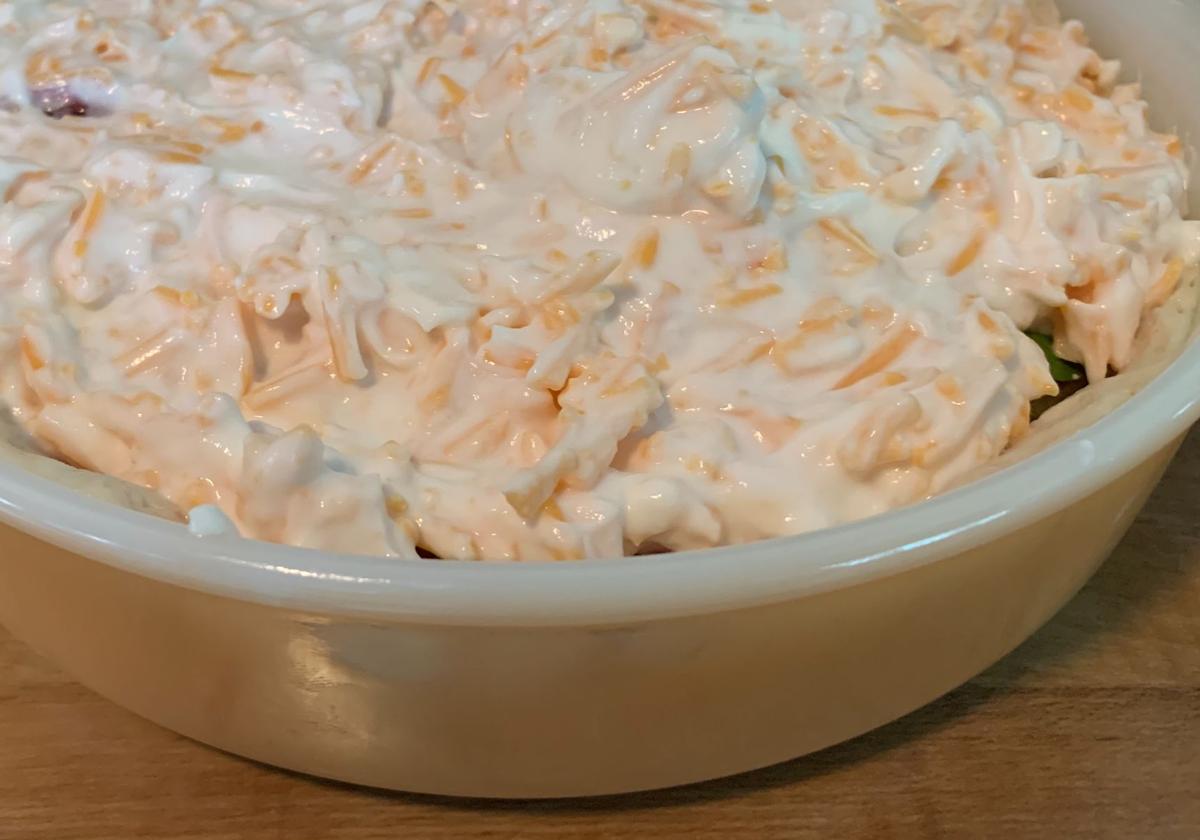 The final toppoing is a mixture of shredded cheese and Greek yogurt. 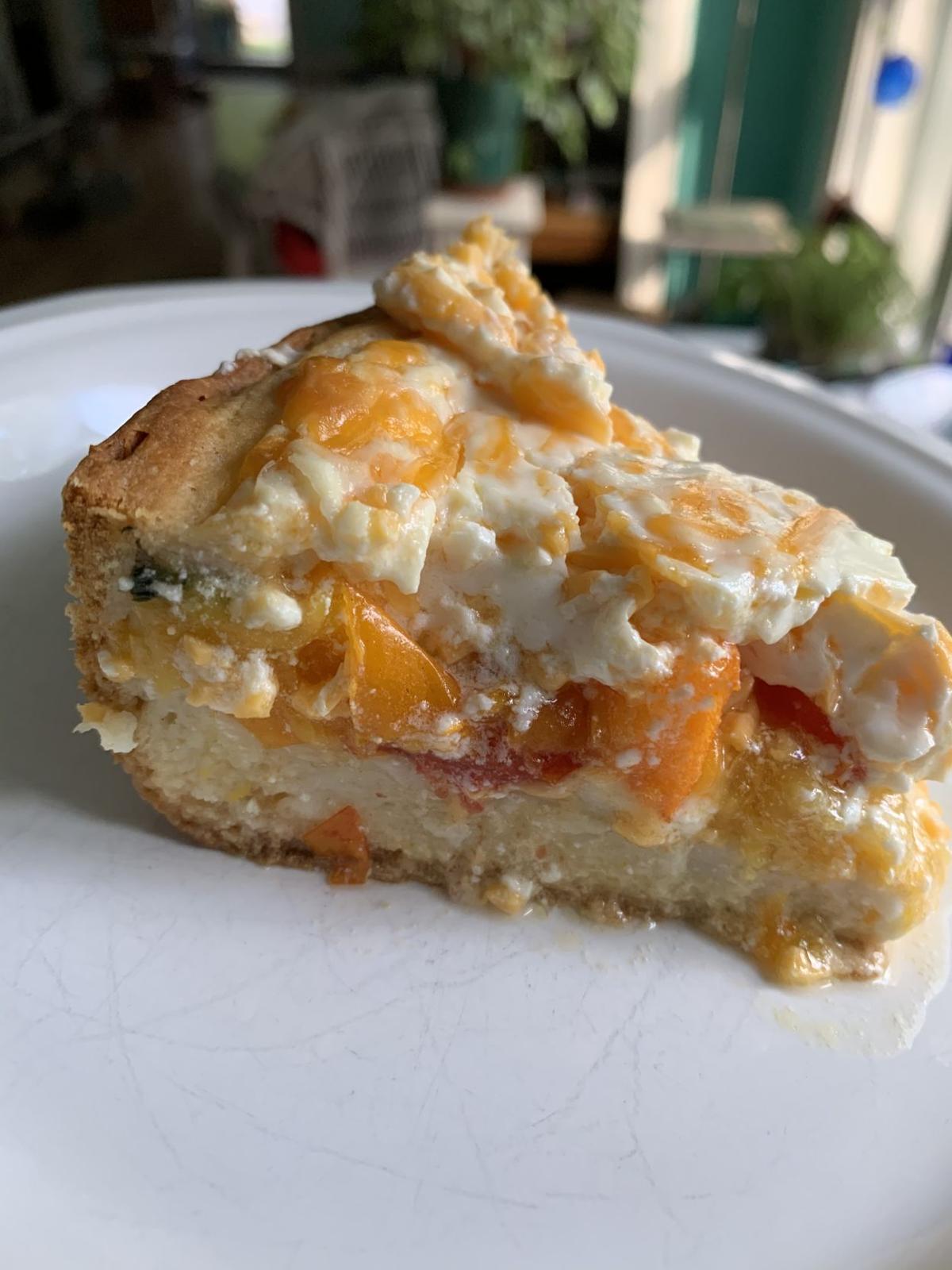 Ouila! A sweet and tangy tomato pie good for breakfast, dinner or snacks.

The last of the tomato harvest from my backyard is ready for pie.

Make a fist and knuckle the biscuits into shape in your baking dish. I did the edges, then filled in the center with a final biscuit.

After sprinkling a layer of shredded cheddar cheese, arrange tomatoes and basil on top of the biscuits.

The final toppoing is a mixture of shredded cheese and Greek yogurt.

Ouila! A sweet and tangy tomato pie good for breakfast, dinner or snacks.

I am a big fan of Monty Python. What a funny troupe! And I am reminded of a bit from The Holy Grail as I write, because a similar thing literally happened to me over the summer.

In July, I wrote about tomato pie. The next week at the market I ran into Lois Balkenhol and her son Bruce. Bruce told me about a fantastic pie he knew of that had a top crust, a TOP crust. On a TOMATO pie. He told me to look up “Lauren Colwich.”

Or that was what I thought he said. Since I didn’t write it down, and I couldn’t find this “Lauren Colwich,” I kept an eye out for Bruce as I roamed the community.

Perhaps six weeks later I ran into him again, and asked for the name, chagrined at my poor hearing and memory.

“Lori Coltin” he said. Or that’s what I thought. I repeated it in my head several times and vowed to write it down as soon as I got to the car. Then I forgot.

A few weeks after that, I saw Bruce again and nearly cast myself at his feet, bemoaning my incompetence. Would he think I was a complete idiot if he gave me the name again? He was most gracious, as ever. I even took out my iPhone and recorded the name. I looked her up on the web and took a screen pic. Nothing was going to prevent me from exploring this person.

Fast forward to last week, when I picked the last of my tomatoes from the garden and suddenly remembered the recipe.

I went to my trusty device. No screen picture.

I started to panic when I remembered that I had also recorded Bruce saying the name and me repeating it.

I went to my recordings. I had recorded over it with another interview.

I burned down, fell over, THEN sank into the swamp.

Using my many connections, I tracked Mr. Bruce down by phone, pleaded insanity and was gifted, for the fourth time, the correct name of this well-known and beloved cook.

I only share my shame in the hopes of guiding others away from my path. Here it is. A delicious recipe, and unique in the world of tomato pies.

Make the biscuit-dough crust by blending flour, butter, baking powder and milk either by hand or in a food processor. (I use a fork or pastry cutter – RM)

Roll out half the dough on a floured surface and line a 9-inch pie plate with it. This dough is thicker than a normal pie crust.

Layer the tomatoes on top, scattering with scallions or herbs.

Sprinkle 1 cup of the cheddar over the tomatoes. Thin mayonnaise with lemon juice and drizzle on top, followed by remaining cheddar.

Roll out remaining dough, fit it over the filling and pinch the edges of the dough together to seal them.

Cut several steam vents in the top crust and bake the pie at 400 degrees for about 25 minutes.

Reheat in a 350-degree oven until the cheese is soft and gooey.

Learn all about this marvelous woman, who deserves to be remembered: Laurie Colwin.

“Home Cooking: A Writer in the Kitchen,” Laurie Colwin (multiple publishers and editions, even Kindle)