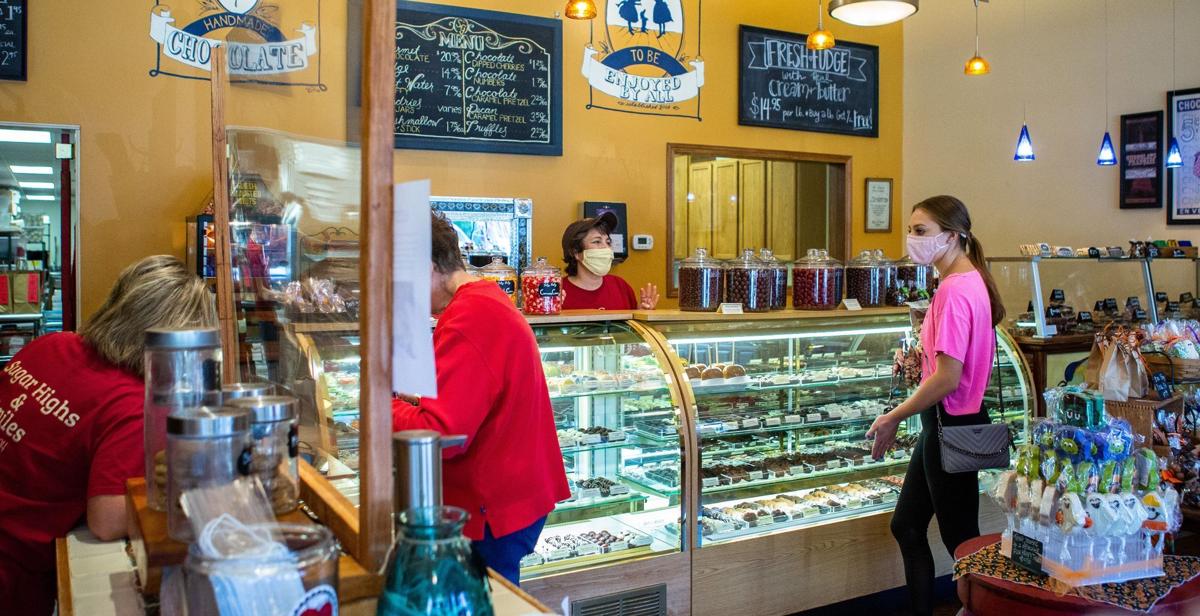 Kim Redeker talked with a customer from behind the counter at her sweets shop, The Sweet Granada. 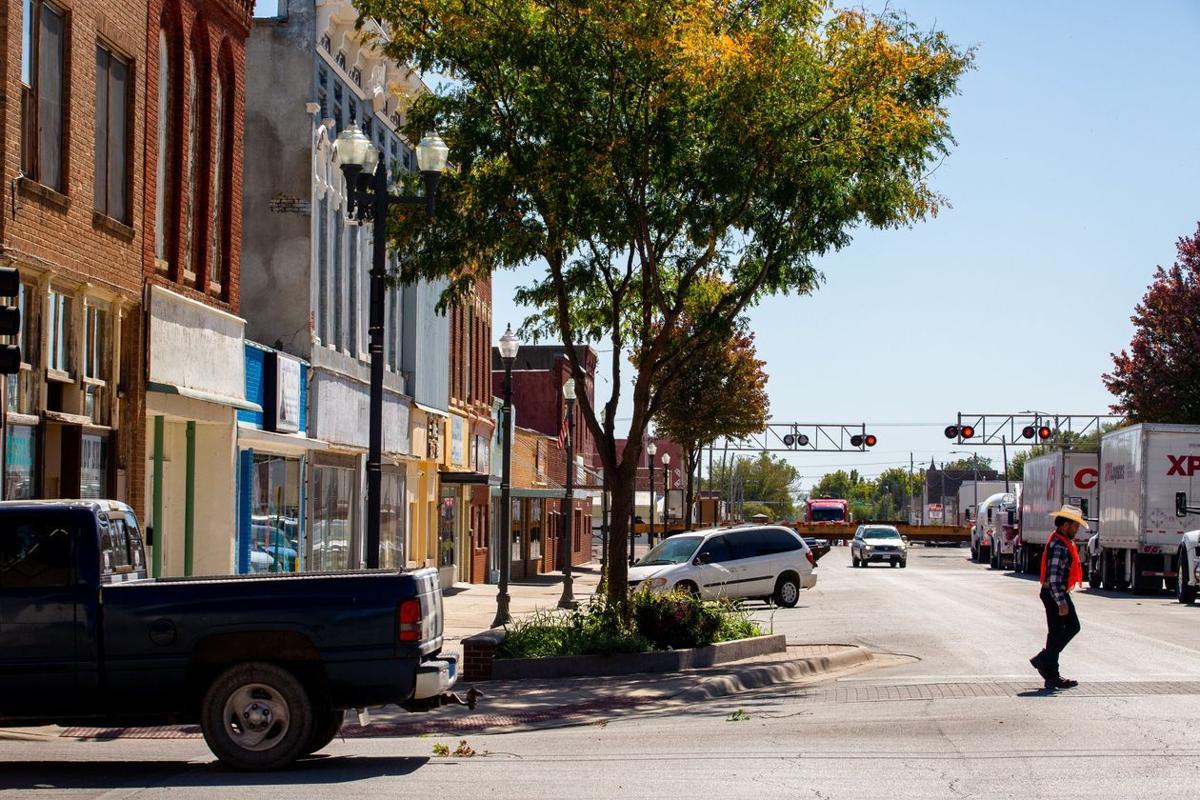 A train stopped traffic along Commercial Street in Emporia. 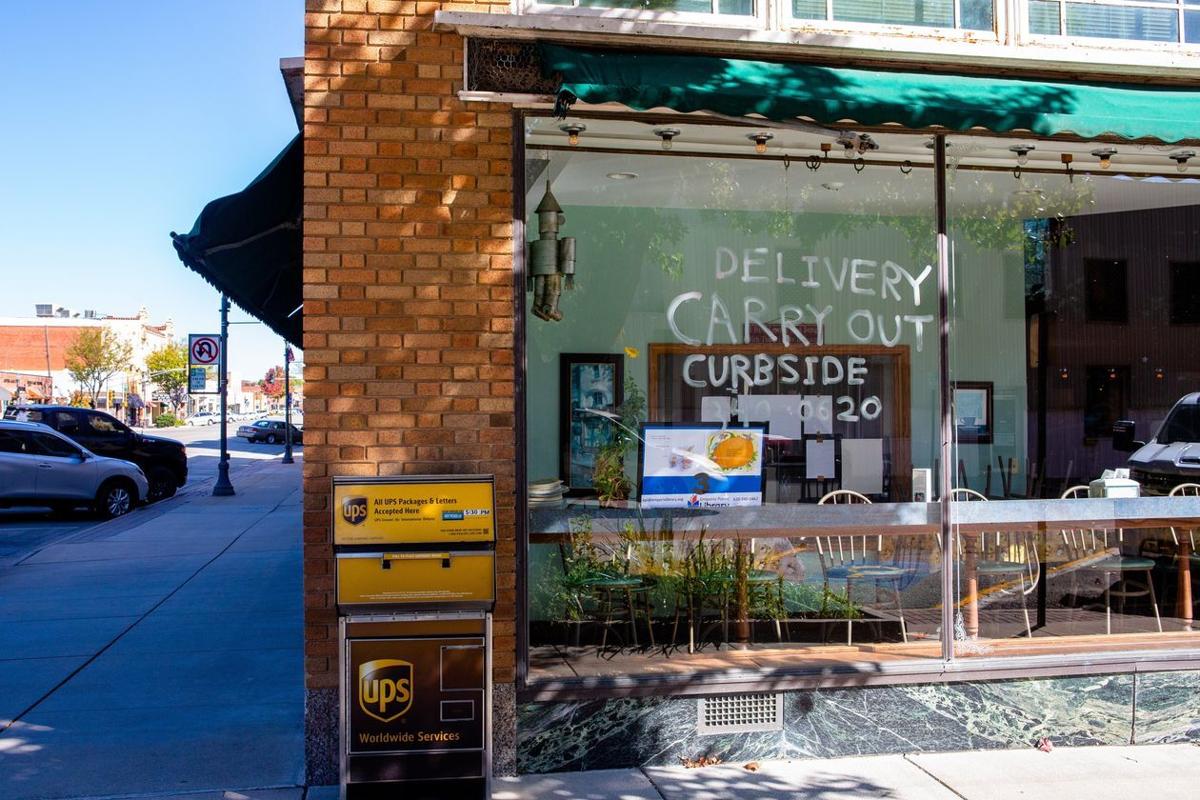 Amanda’s Bakery and Cafe on Commercial Street in Emporia. 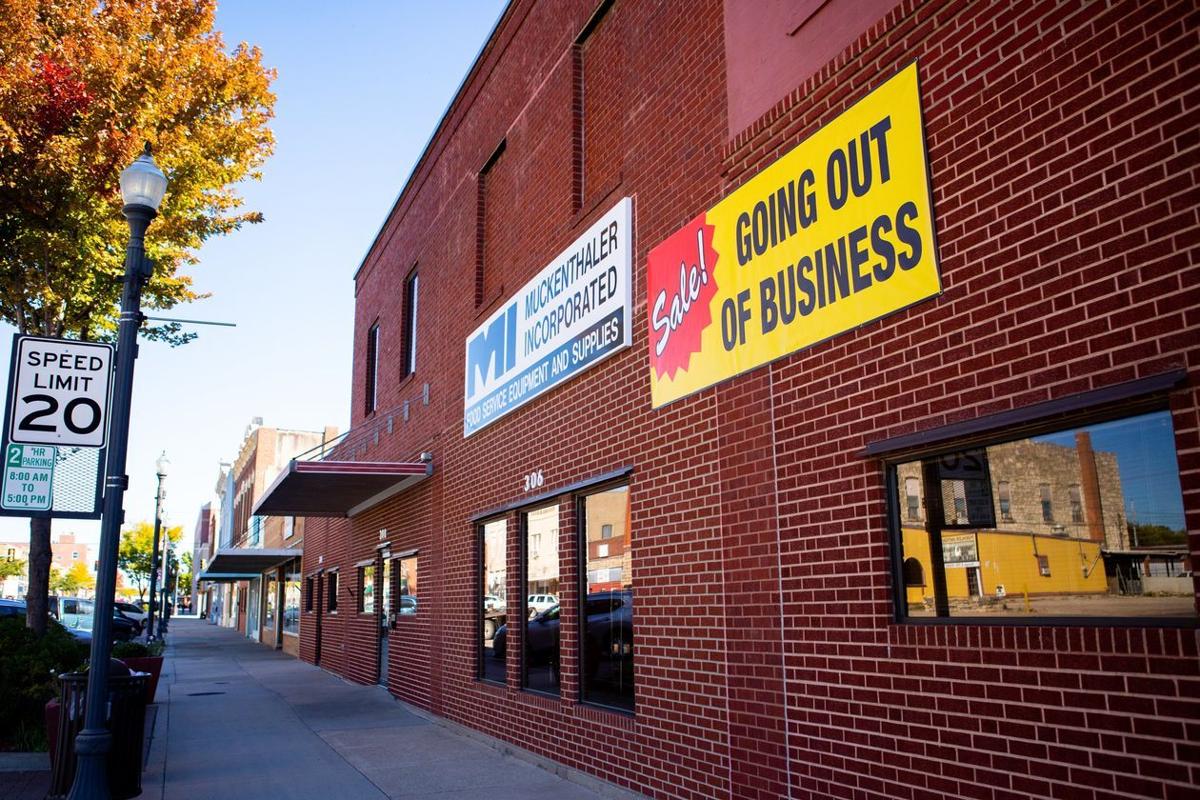 Muckenthaler’s is closing its business at the end of the year. 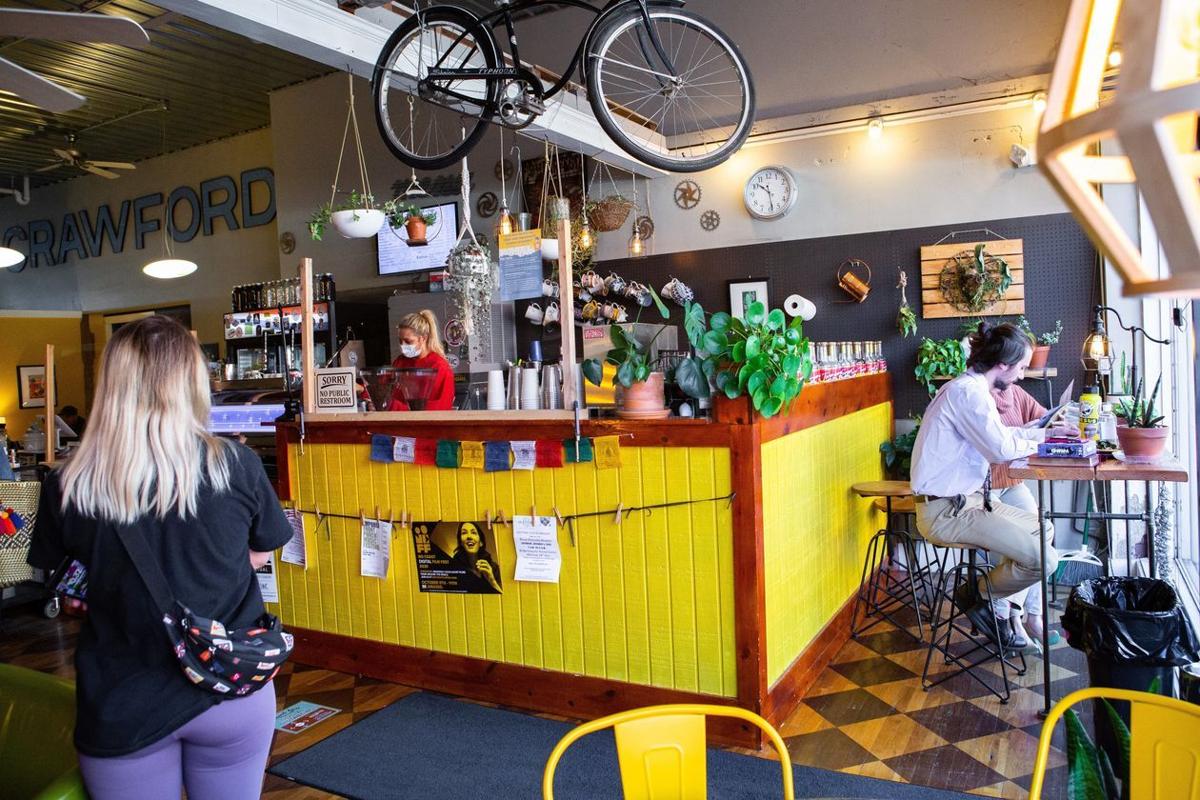 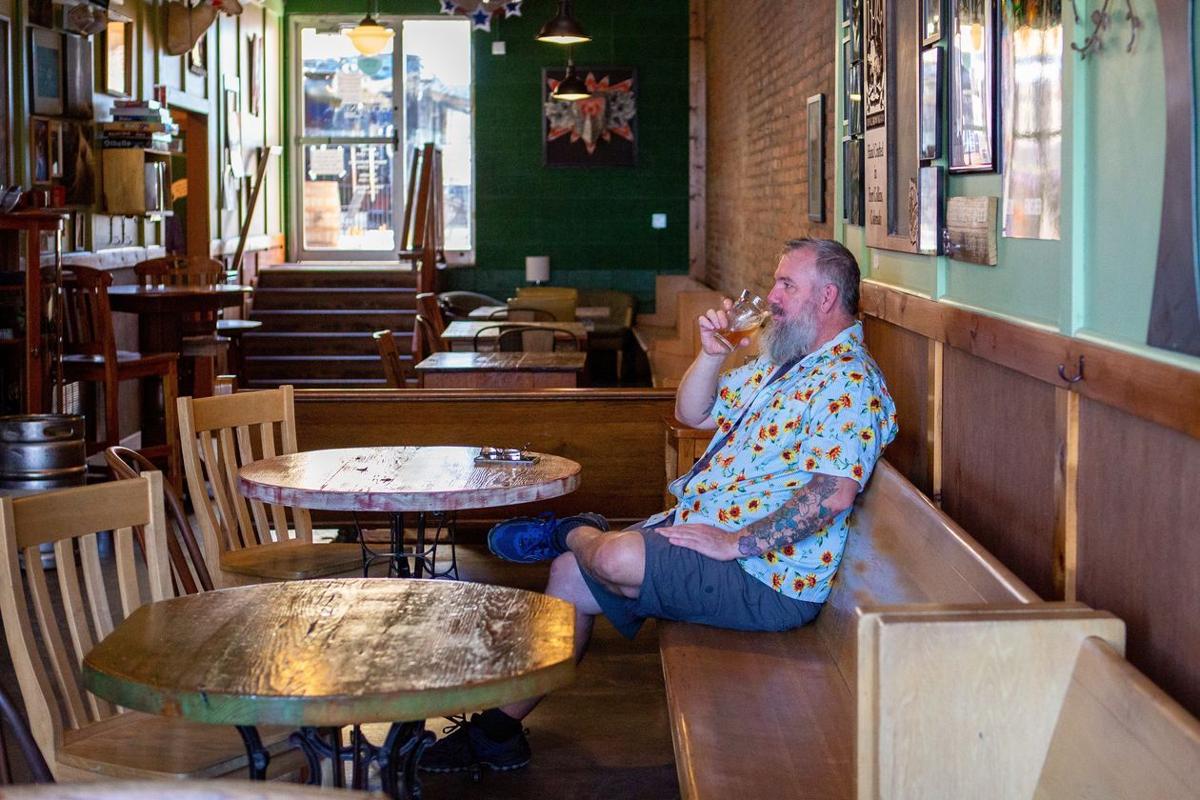 Rick Becker, owner of Mulready’s Pub, had a beer after a day of moving furniture 6 feet apart. 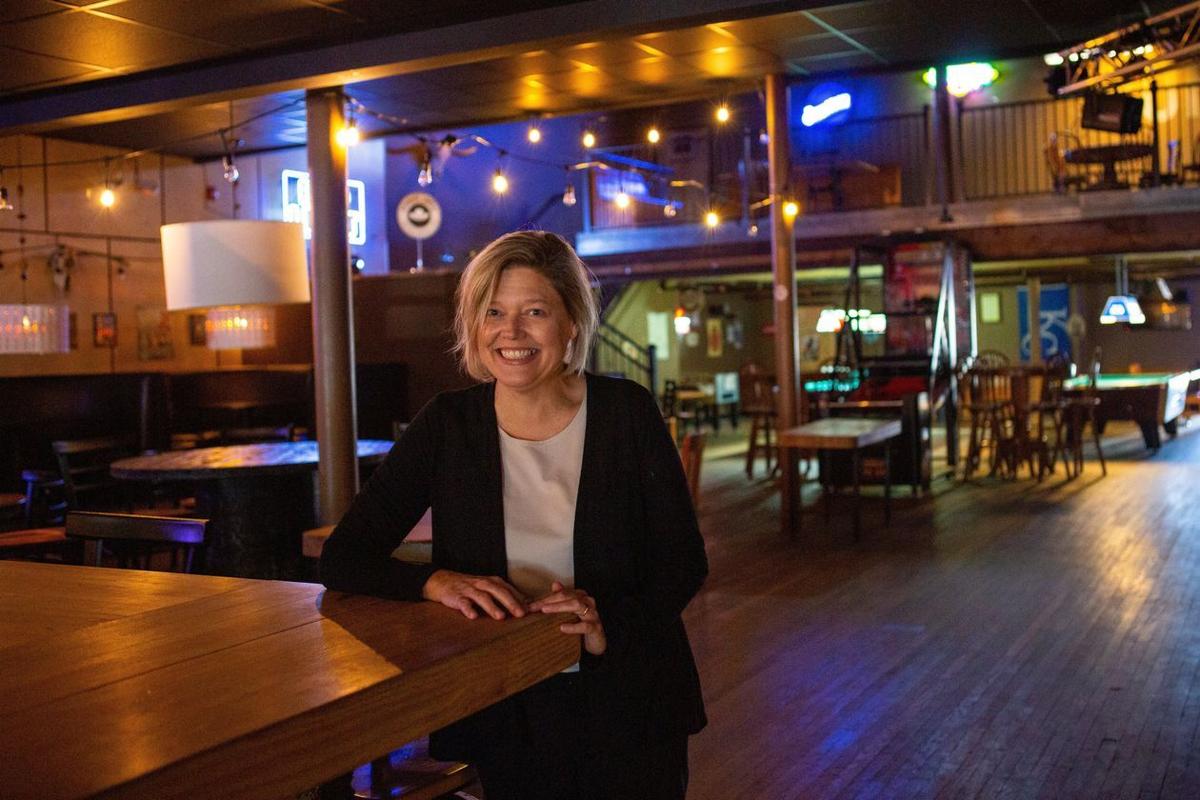 Susan Brinkman of the Bourbon Cowboy recently got a small-business grant.

Kim Redeker talked with a customer from behind the counter at her sweets shop, The Sweet Granada.

A train stopped traffic along Commercial Street in Emporia.

Amanda’s Bakery and Cafe on Commercial Street in Emporia.

Muckenthaler’s is closing its business at the end of the year.

Rick Becker, owner of Mulready’s Pub, had a beer after a day of moving furniture 6 feet apart.

Susan Brinkman of the Bourbon Cowboy recently got a small-business grant.

Editor’s note: This article has been reprinted with permission as it appeared in the Wall Street Journal.

Kim Redeker opened The Sweet Granada chocolate shop in Emporia, Kan., in 2004, in a storefront that had been vacant for years. She was an early foot soldier in a push to revitalize Emporia’s downtown.

Other specialty shops, restaurants and bars popped up — the Bourbon Cowboy bar, a bike shop called Gravel City Adventure & Supply Co., Dynamic Discs for disc golf. By early 2020, the vacancy rate on Emporia’s Main Street corridor had dropped below 10%, compared with about 40% in 1991. “It has been a sweet ride being part of that redevelopment,” said Ms. Redeker. Until recently, she had a staff of 16.

As of today, a couple of Emporia’s businesses are shutting their doors for good. Others are being propped up in part by government aid and private donations. One Emporia official estimates that 20% of its Main Street businesses are at risk.

Many small-town downtowns experienced something of a revival in recent years, thanks to businesses like Sweet Granada. They brought much-needed growth to spots that for decades had lost ground to larger cities, shopping malls, big-box stores and, most recently, the internet.

Well, if business's should get together and sue the commissioners/governing bodies then why in the world would your favorite turtle senator McConnell be so hot after trying to get biz and corps immunity from being sued for covid? If you really think masks and distancing are the reason we're still dealing with this and that the problem isn't idiots like you who didn't follow the guidelines, didn't wear masks at all, and got all butthurt over how horrible it was to be told to do something for your fellow man then I'm mistaken your ilk have been doing all these things on purpose. Maybe it's an intelligence problem not an attitude problem.

You are 100% correct with this being an intelligence problem!! "Intelligent" people eating the spoon fed, mainstream, narrative, we call news are dictating policy and destroying businesses based on the flip flopping propaganda form the CDC and WHO. Wake up! Research issues yourself and stop eating what you are being fed!

You assume THEY are the experts.

You assume too much.

What would happen if businesses got together and sued city commissioners and health departments for lost income. It's already begun all over the world.

They knowingly hurt the Mom & Pops.

Their perpetuation of fear with mask mandates and social distancing requirements is a huge factor in the decimation of small businesses.

Well done, WSJ and EG. This is a nice piece that outlines the challenges our small businesses face in this pandemic.