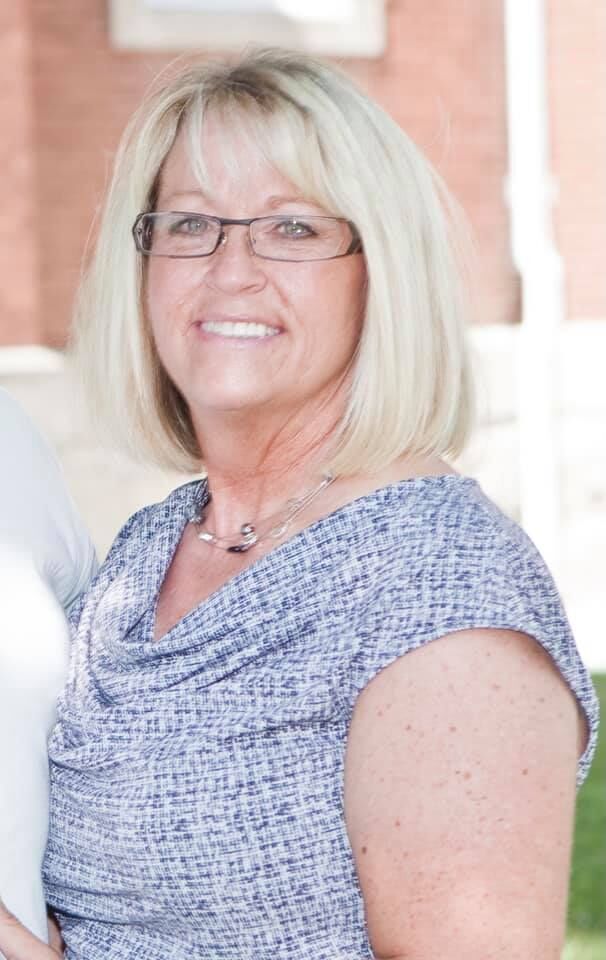 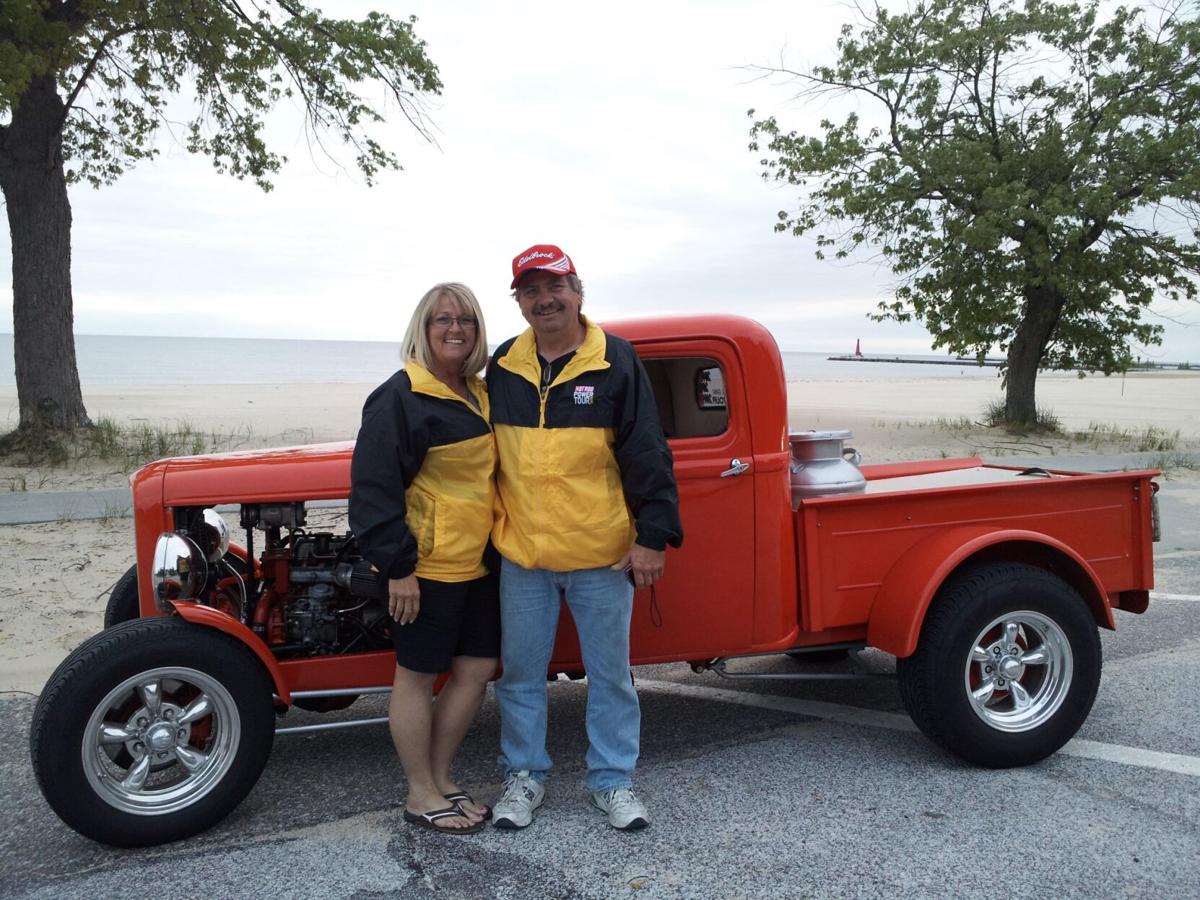 Linda and Leonard Dieker were married for 27 years when she died on April 8. The couple spoke about their shared plans to be organ donors. 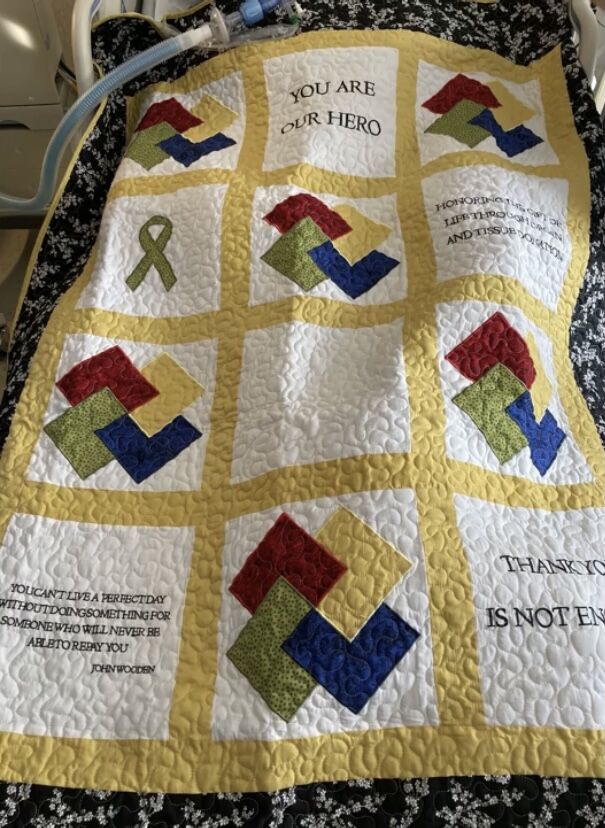 A quilt placed on Linda Dieker during her Honor Walk prior to her organ donation on April 10. 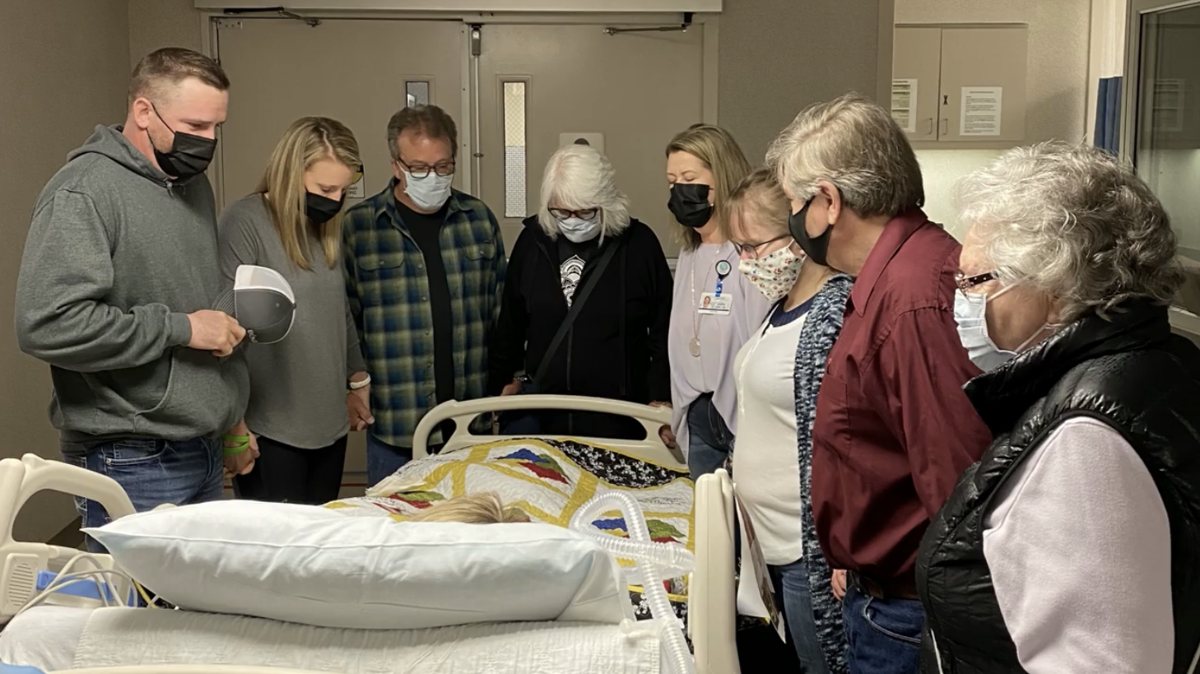 Linda and Leonard Dieker were married for 27 years when she died on April 8. The couple spoke about their shared plans to be organ donors.

A quilt placed on Linda Dieker during her Honor Walk prior to her organ donation on April 10.

Organ donation had always been important to Leonard and Linda Dieker. Leonard’s father had been an organ donor and one of their daughter’s had donor bones placed in her foot during a surgery years ago.

So, both Leonard and Linda registered as organ donors.

“It was something she was always up front about,” Leonard said of his wife’s intent to be an organ donor, should something ever happen to her.

Then, that “something” happened. On April 8, Linda complained of a headache and neck pain. Leonard said she was taken to Newman Regional Health via ambulance where it was soon determined that his wife of 27 years had suffered a sudden hemorrhagic stroke.

She was only 63 and was otherwise very healthy.

“It was about 45 minutes after we got there that we knew [there was nothing they could do],” Leonard said.

Leonard had been open with the care team at the hospital about Linda’s status as an organ donor. A call was made to the Midwest Transplant Network to start the evaluation process.

MTN is a federally certified, not-for-profit organ procurement organization that works with donors, families, hospitals and other professional partners “to extend legacies, provide hope and give life.”

“It’s very extensive,” she said, noting that the process is not the way it looks on TV. “We have a clinical team and ICU nurses that assist with the care [of the patient].”

Markham said only about 1% of those who die will be eligible to be organ donors and the medical condition at time of death determines what organs and tissues can be donated. Tissues can be donated after a cardiac death — when all of the body’s organs die due to lack of oxygen — but organs cannot.

Linda, she said, had suffered a “devastating neurological injury” that resulted in brain death. Because technology exists to keep the body functioning through brain death, solid organ donation can occur.

“It’s a rare thing to give the gift of life, and to do this in this fashion,” Markham said.

Because brain death is so rare, Linda became Newman Regional Health’s first multiple organ donor and gave the gift of life to four people in the process, including a 50-year-old male and a 48-year-old female. Her liver, kidneys and corneas were able to be procured, but not before she was led down the halls of Newman Regional Health for the Honor Walk — a celebration of her life and the gift she was about to give.

“We had two-and-a-half days we wouldn’t have had with her,” Leonard said. “I think people don’t realize, we still had an open casket. You can still do that.”

Markham said, because the family had been so up front about Linda’s wishes, MTN had been able to activate quickly. It does not always happen that easily. Some families are not aware of a loved one’s wishes to be an organ donor or do not tell hospital staff right away.

Markham recommended telling loved ones now so, in the event of your death, they aren’t surprised and your wish to donate is honored.

“The patient’s family was a strong advocate in the donor management process and together we were able to make this happen right here at Newman Regional Health,” she said. “It is inspiring to see this type of selfless giving during a stressful time.”

McKenzie Cinelli, director of business development at NRH, thanked the family on behalf of the hospital and said it was incredible that Linda’s donation coincided with National Donate Life Month.

Data shows that more than 80% of eligible Kansans have joined the organ, eye and tissue donor registry. In 2020, 271 deceased organ donors and 28 living organ donors gave the gift of life — but the need for donation and transplantation far surpasses the number of available organs.

MTN said there are more than 400 people waiting for a lifesaving organ transplant in the state of Kansas and hundreds more could benefit from life-enhancing tissue transplants, such as heart valves, skin grafts or tendons. Those wishing to learn more about becoming an organ donor can visit https://www.donatelifekansas.com.

When asked what he thought about his wife’s final moments ultimately helping save the lives of four strangers, Leonard did not hesitate to explain that it was just something Linda would do.

“That’s just how she was,” he said. “She was a bus driver for 33 years; she was always helping people. And now she lives on by giving the gift of life.”

"It's a rare thing to give the gift of life, and to do this in this fashion."