Sign Up
Log In
Purchase a Subscription
You are the owner of this article.
Edit Article Add New Article
You have permission to edit this article.
Edit
Home
News
Sports
Obituaries
Area News
Print Edition
Magazines
Covid19
Classifieds
Subscribe
1 of 10 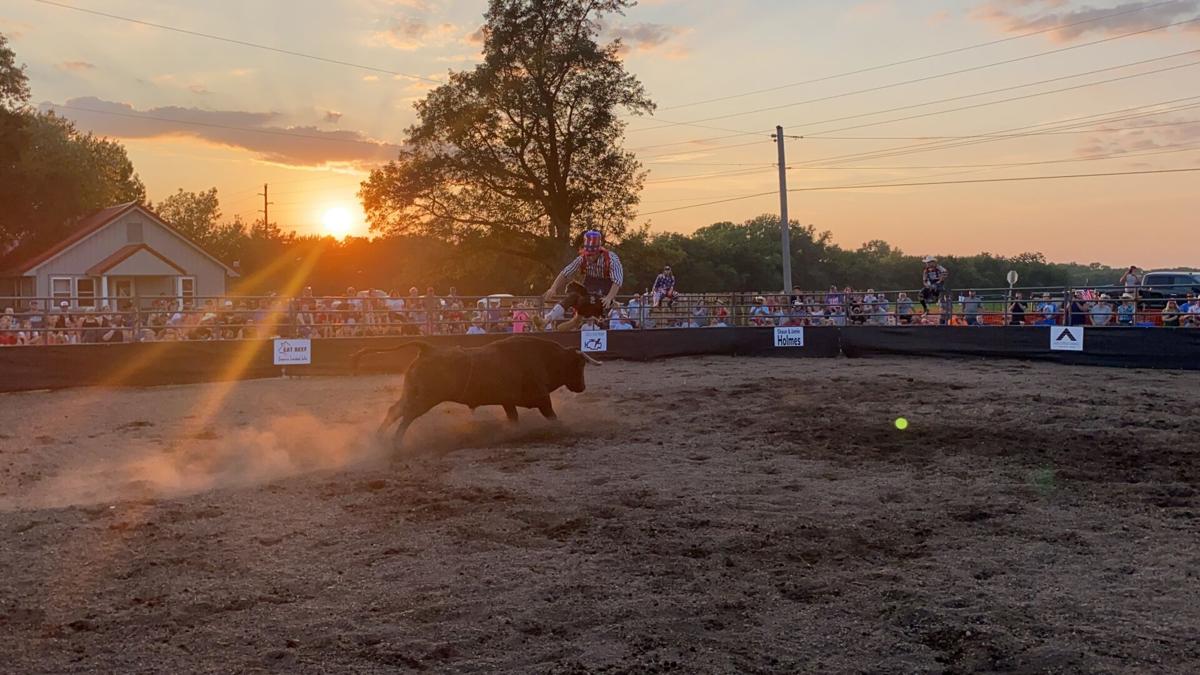 Knox Dunn jumps over a bull during Sunday’s Ultimate Bull Fighting event in Lebo. Dunn is the top bullfighter in the world. 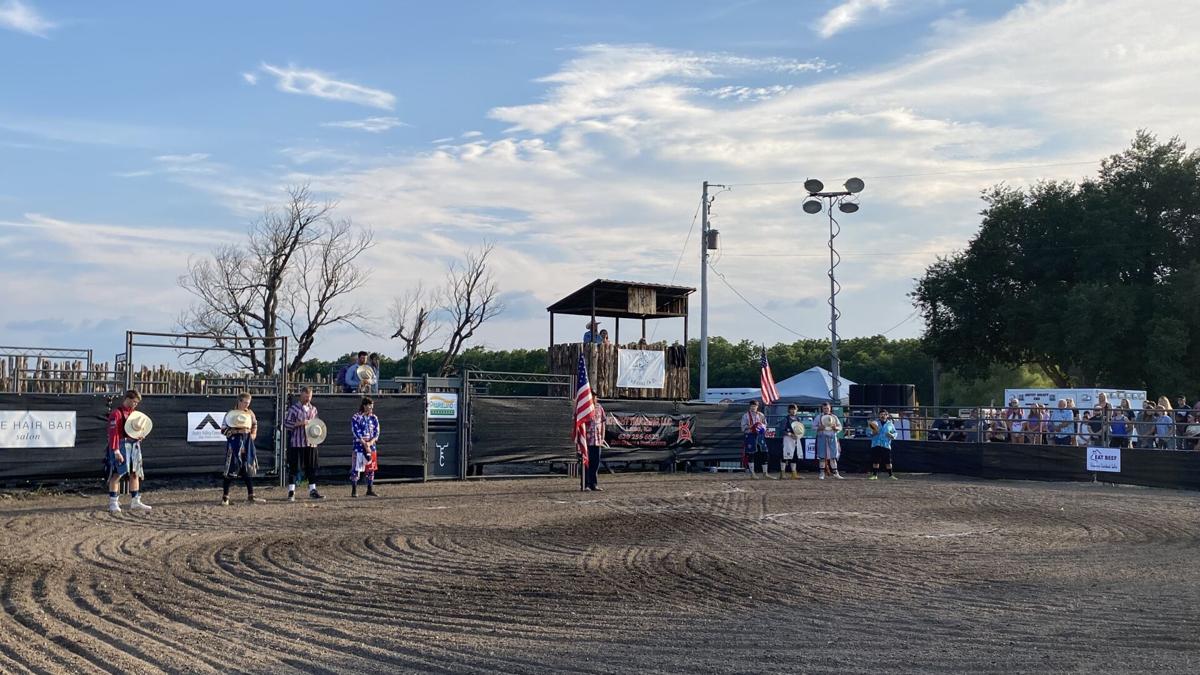 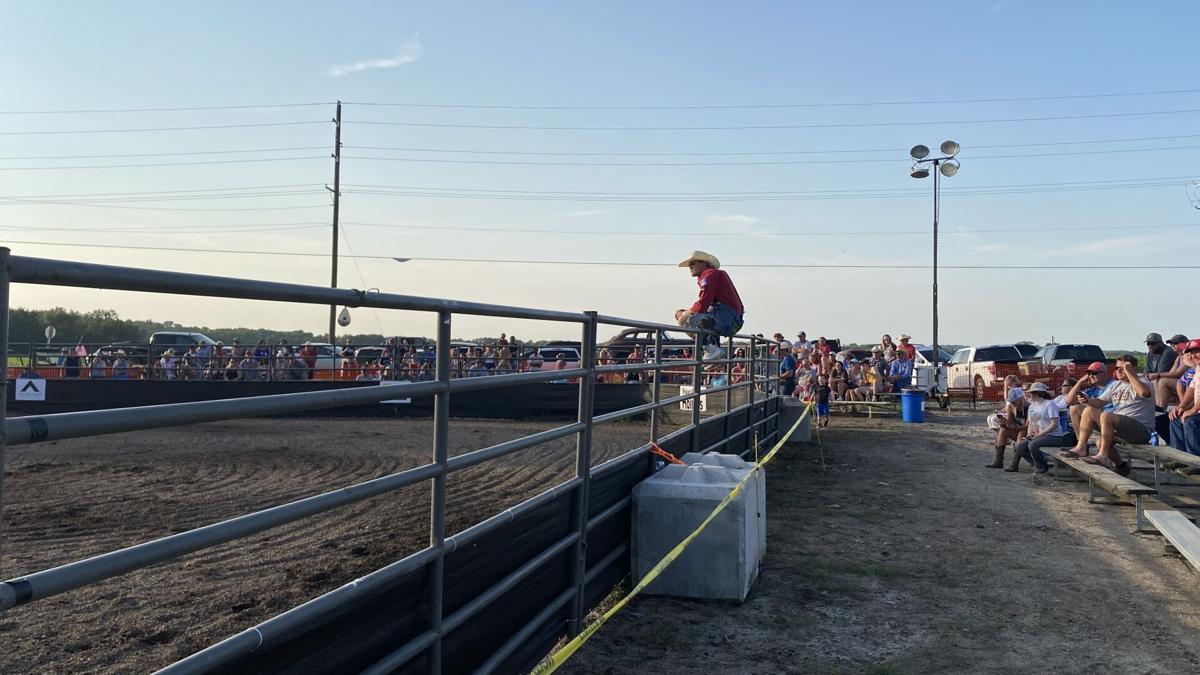 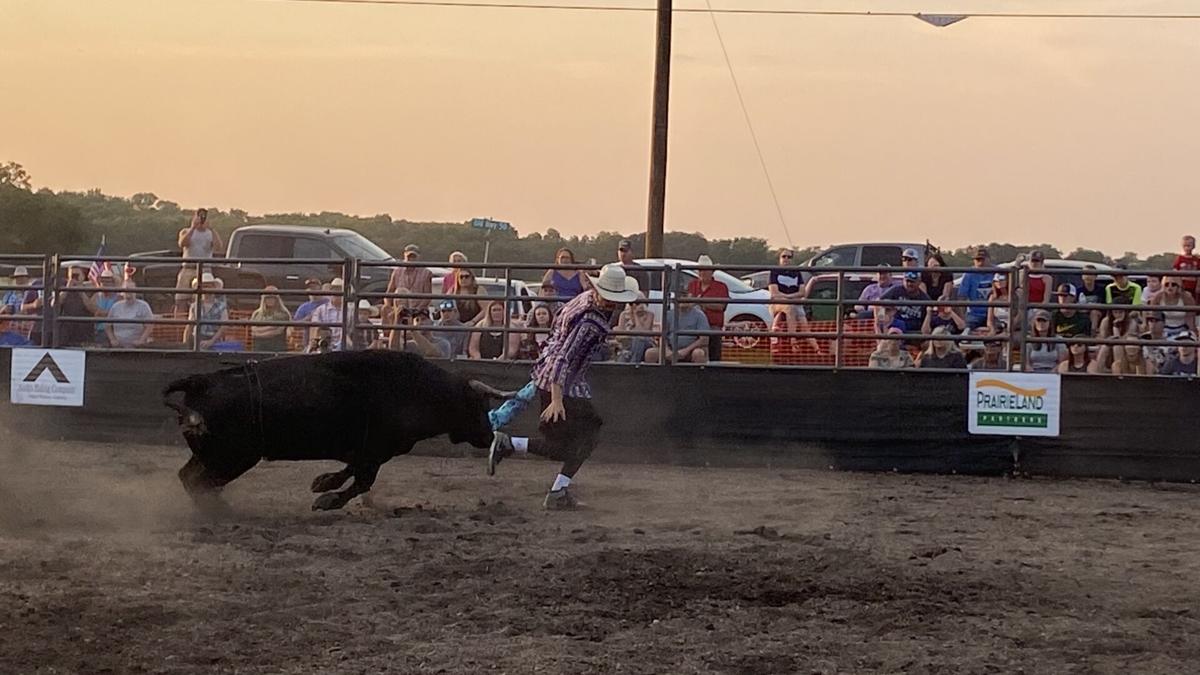 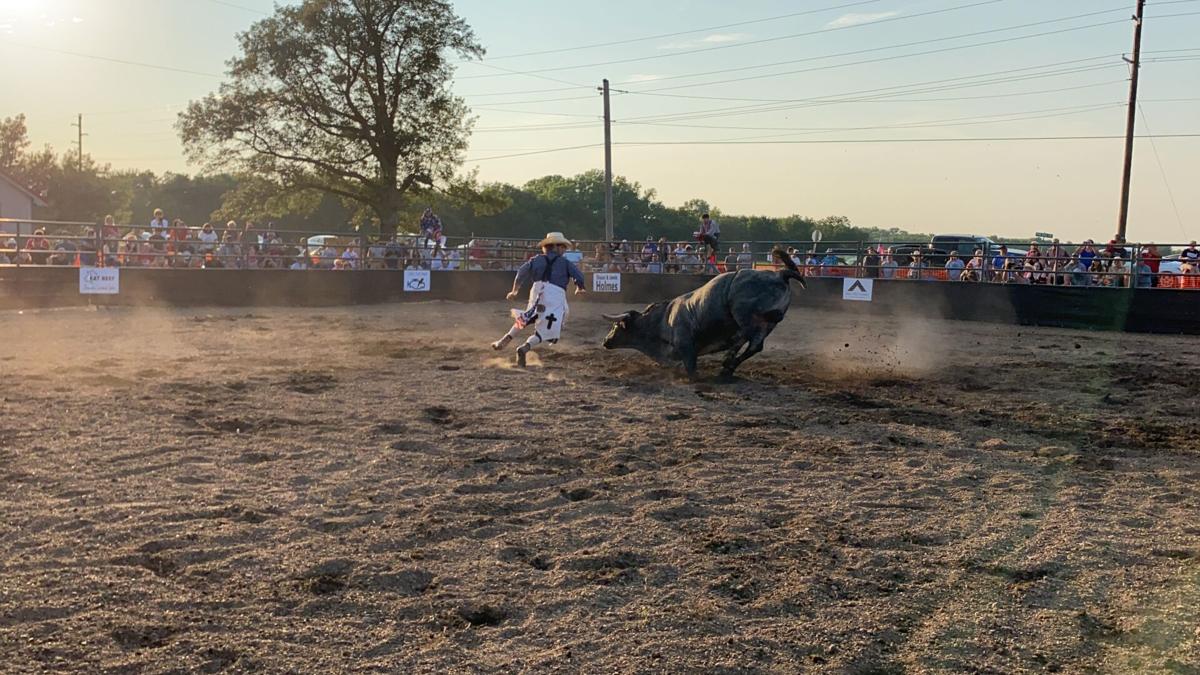 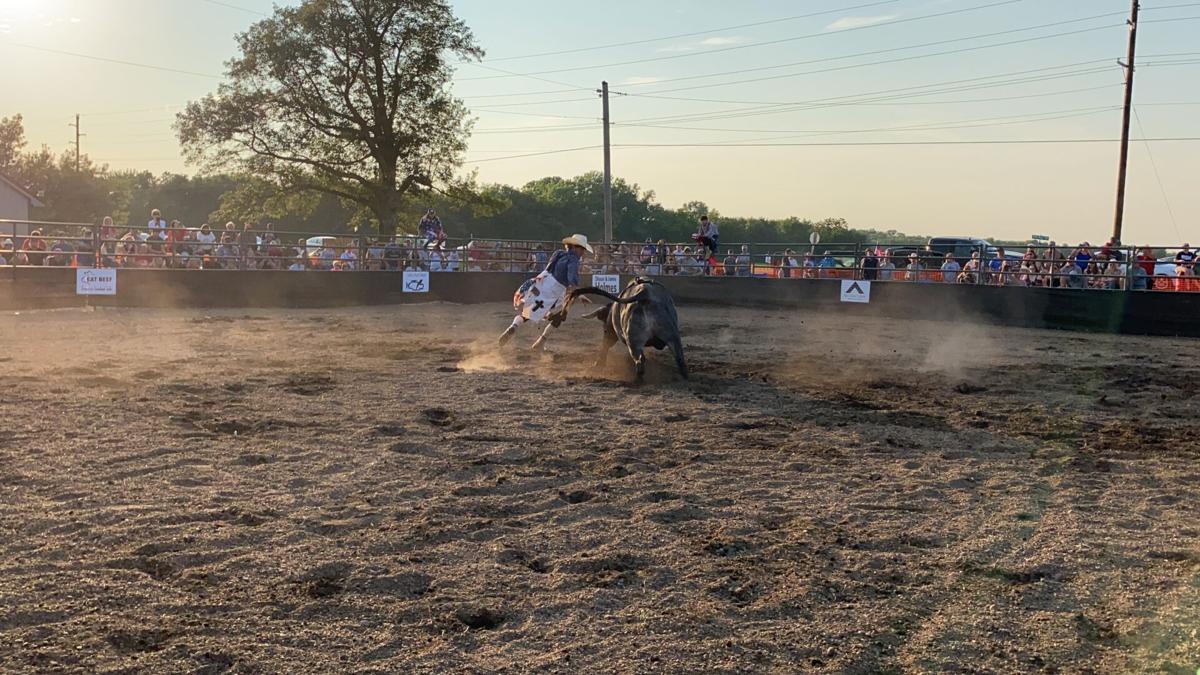 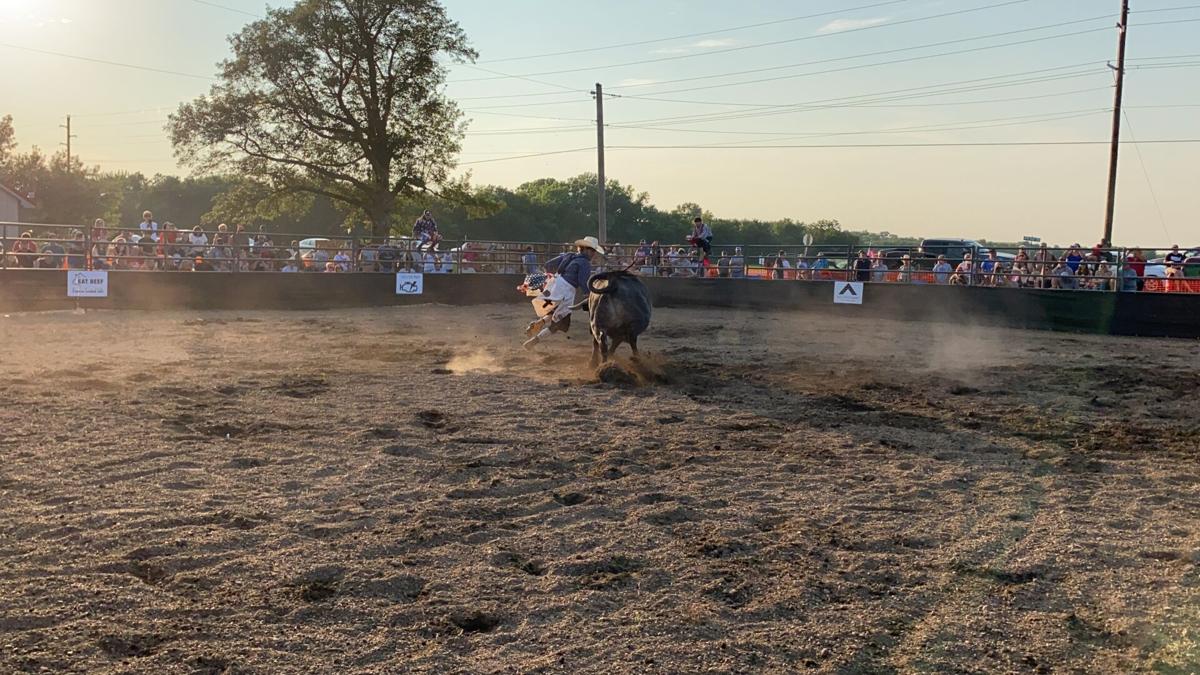 Colton Orcutt skirts around a charging bull in Lebo. 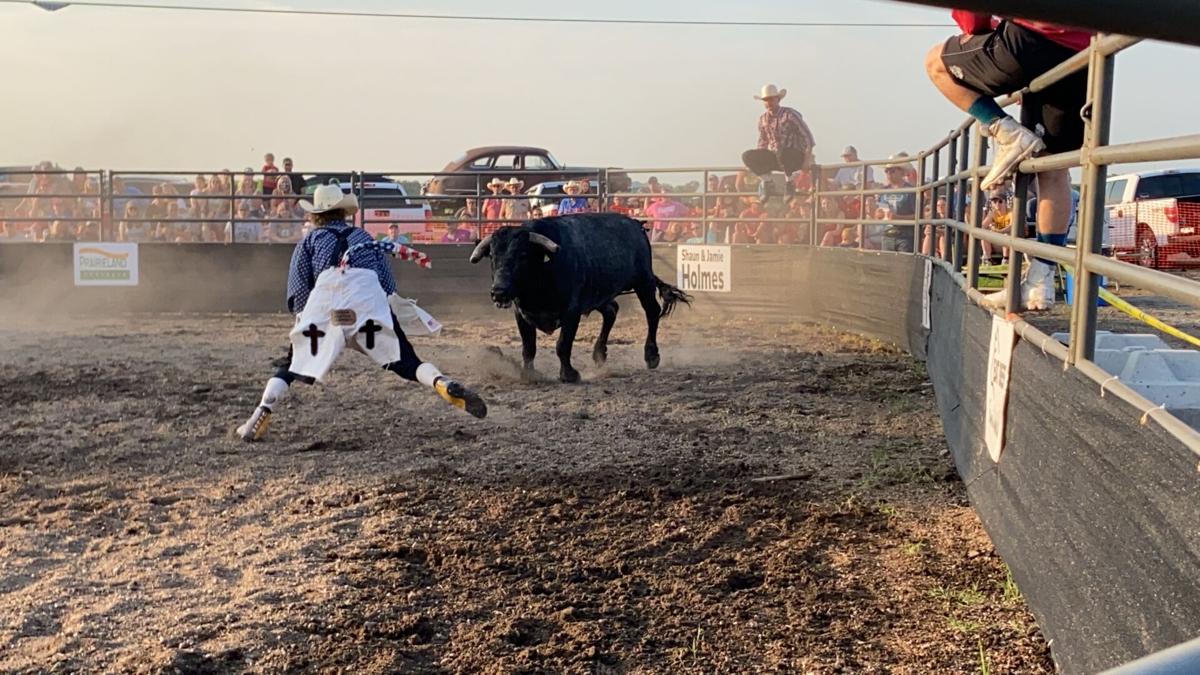 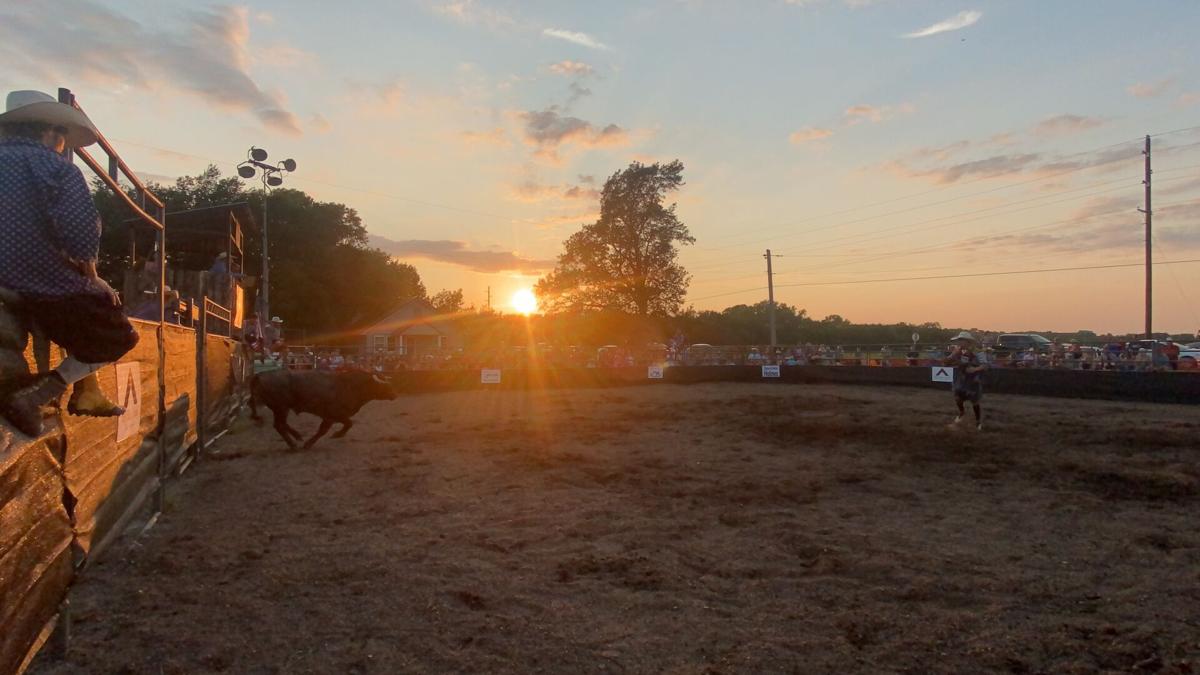 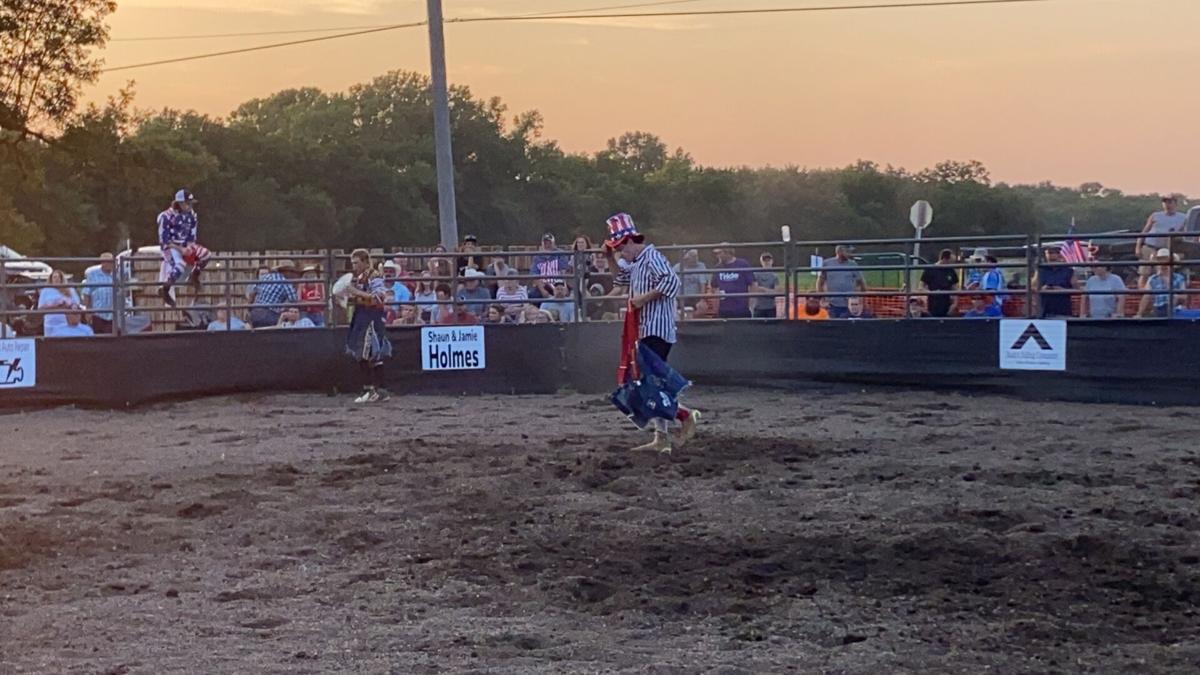 Knox Dunn tips his hat after a top-scoring rumble with a bull Sunday evening in Lebo.

Knox Dunn jumps over a bull during Sunday’s Ultimate Bull Fighting event in Lebo. Dunn is the top bullfighter in the world.

Colton Orcutt skirts around a charging bull in Lebo.

Knox Dunn tips his hat after a top-scoring rumble with a bull Sunday evening in Lebo.

The top bullfighter in the world earned his No. 1 spot at a small arena in Lebo surrounded by cornfields and a crowd of excited locals Sunday evening.

Knox Dunn, a 21-year-old from Louisiana, had competed in Tennessee on Saturday and said he got just a few hours’ sleep before making the 10-plus hour drive to Kansas. He arrived in Lebo about two hours before the fights began. With $7,500 on the line at the Ultimate Bullfighting-sanctioned competition, it was worth it.

He came away with almost $4,000 that will help him toward his ultimate goal of getting to the finals in Las Vegas.

Dunn’s unique style — including his ability to leap over charging bulls — helped earn him the win. The game-changing — and crowd-pleasing — move sees Dunn jump the length of the bull, resulting in a higher score and bigger purse overall for the young athlete.

“The jumping deal I just kind of started this year,” he said. “When things were starting to pick back up, my buddy and I were just shooting back and forth and he bet me I wouldn’t jump it, and I made it over. It just kind of went from there. My luck kind of changed a little bit and I started making more money.”

Dunn is somewhat of a legacy when it comes to bullfighting. His grandfather owned a rodeo company, his dad rode bulls and his great-uncle fought bulls. When his brother also showed promise with rodeo-related talent, Dunn said he was going to have to “do something eventually.”

For Dakota Knight, who hosted the event at his ranch located about 5 miles outside of Lebo at 999 Old Hwy. 50, the event was a way to showcase both his cattle operation and his love for the sport.

Knight owns Frog Creek Fighting Bulls, and raises a string of Spanish fighting bulls used in events around the U.S. The bulls, Knight said, are raised specifically for their aggressive traits, energy, strength and stamina. He started the business about five years ago.

“They come out of Mexico, most of them do, and the others come out of California,” he said. “[Their aggression] is just their total nature. They are like that 24 hours a day, seven days a week. I bought a brand new welder last year and I put 90 hours on it already. They tear stuff up.”

Knight said one of his bulls, who was out Sunday evening, is relatively tame when he’s not in the arena.

“You can feed him at your feet and scratch his neck and he will eat all the food out of the bowl standing right there. He’s a puppy dog,” he said. “When you put him in the arena, he knows his job and he loves to do it, so he goes out there and does it.”

The bullfight he hosted over the weekend was the first time Knight has held any type of event like that at his house. A former bullfighter himself, Knight said he had to retire last year after blowing out his knee. He was missing the sport and wanting to find a way to get back into it.

“This was a dream I had because I fought bulls amongst all these guys,” he said. “I had to have knee surgery. I didn’t do it at all this year, and I was like, ‘I have to do something to get back into these events.’”

Knight said he had the “crazy idea” to throw up an arena at his house, set up bleachers in his backyard and invite people out. He already had the bulls. Why not?

Working with the UBF, Knight threw together the event in “about a month” thanks to his connections and support from local sponsors.

“I was a man with a plan and it worked out,” he said with a laugh. “They come to my backyard at my house. I can stand in the middle of the arena and spit on the house. It’s entertainment that you can’t see at a lot of other places.”

Knight said, given the success of Sunday’s event, he’s looking to host another indoor event sometime this winter. Details about future events will be posted on the Frog Creek Fighting Bulls Facebook page.

You can learn more about UBF online at www.ubfbullfights.com.

"It's entertainment that you can't see at a lot of other places."

This was a Great event, and a really good addition to Lebo's 4th of July celebration!!!