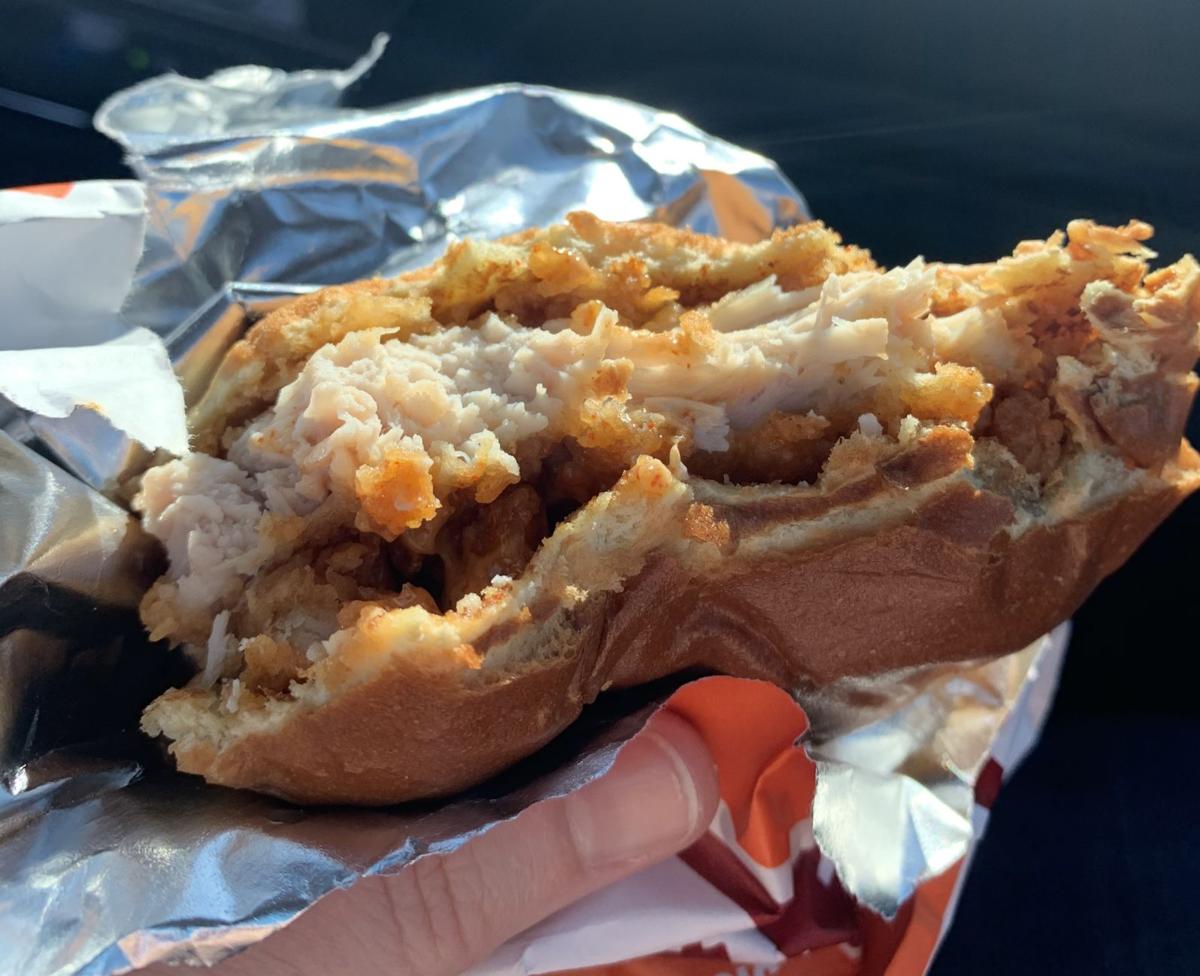 The famous Popeyes Fried Chicken sandwich comes in regular and spicy. It was moist and delicious. 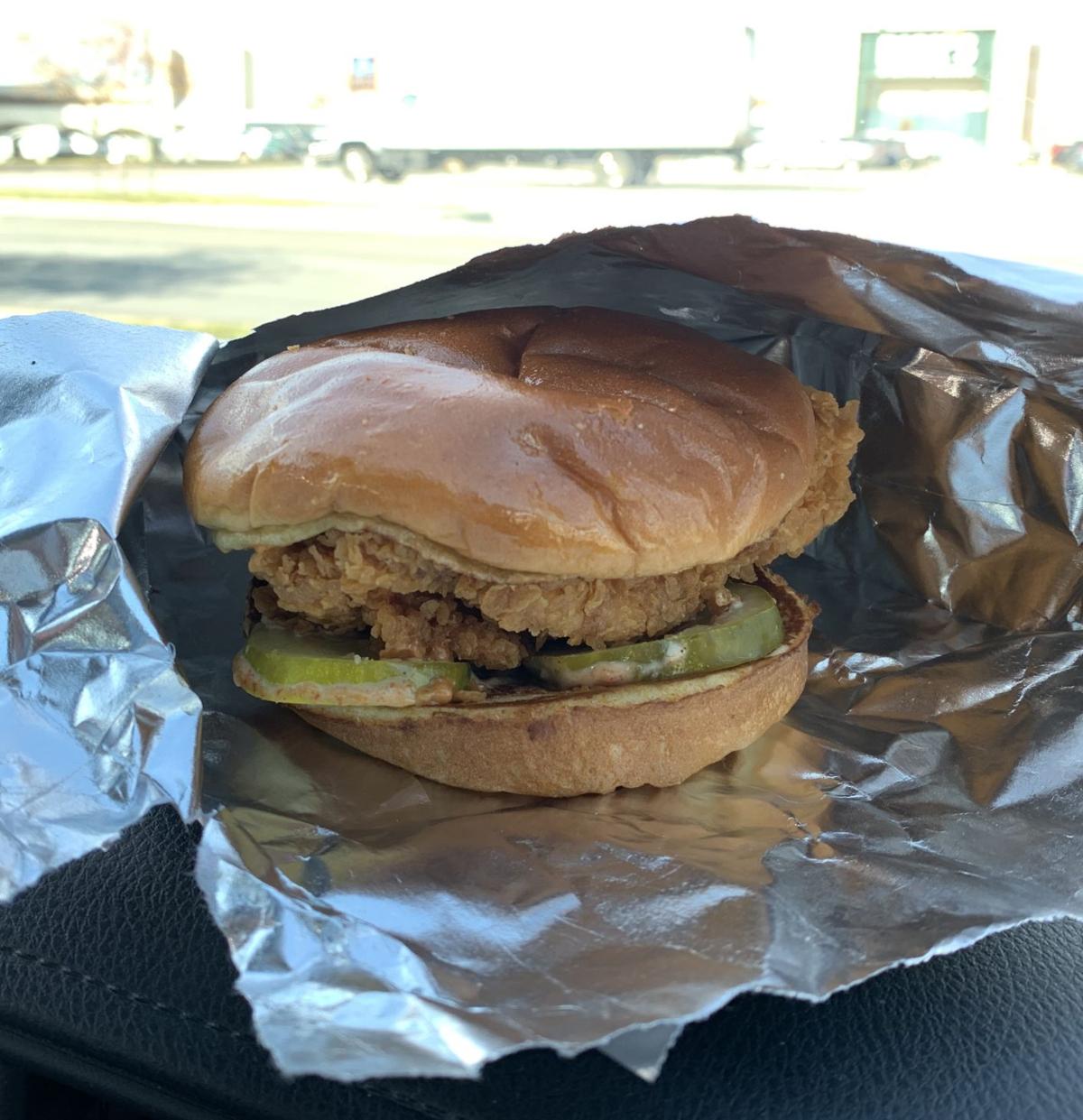 A little crushed, but nothing can bruise the spicy Southern flavor. 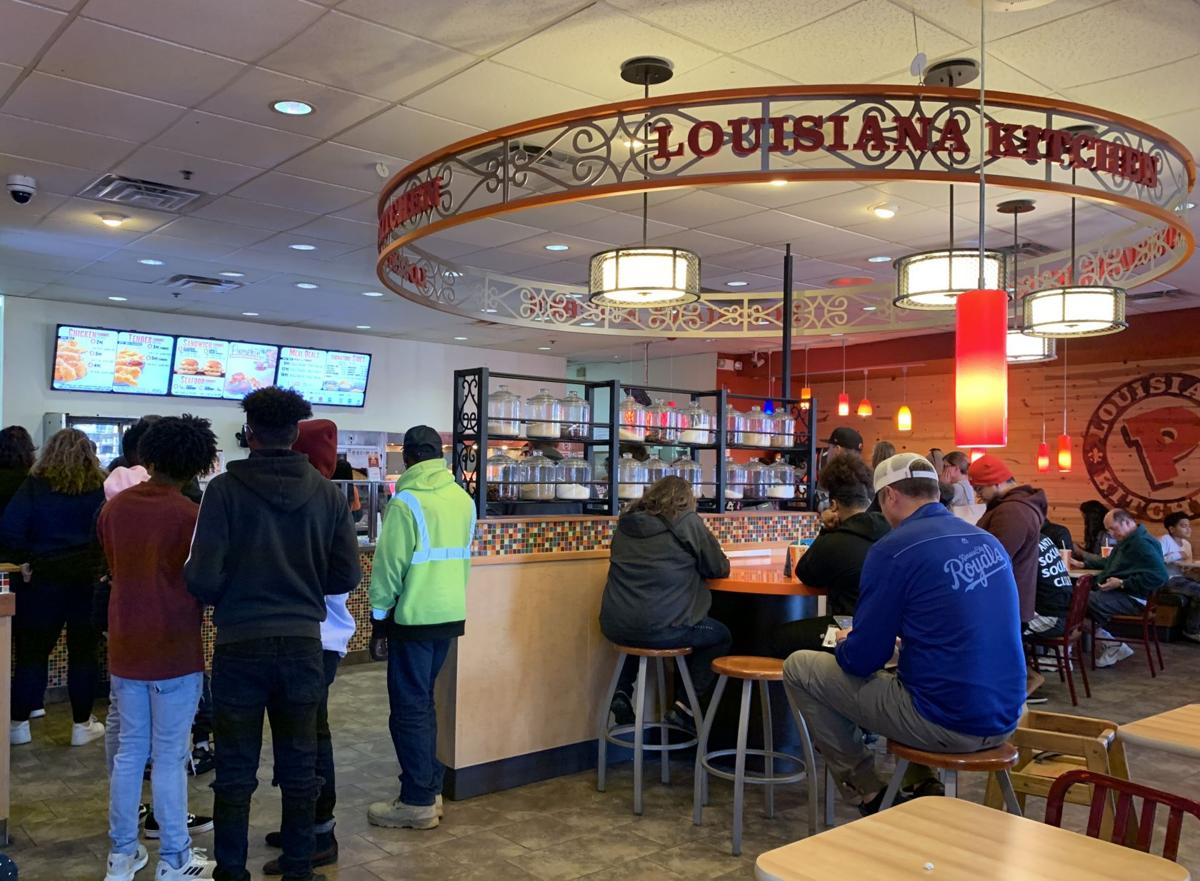 Throngs of chicken sandwich lovers waited 30 - 40 minutes at an Olathe location for the authentic Popeyes dish, which returned Sunday.

The famous Popeyes Fried Chicken sandwich comes in regular and spicy. It was moist and delicious.

A little crushed, but nothing can bruise the spicy Southern flavor.

Throngs of chicken sandwich lovers waited 30 - 40 minutes at an Olathe location for the authentic Popeyes dish, which returned Sunday.

I’m sure you are all aware of the August dustup over the Popeyes chicken sandwich.

There has been some trash talk about Chick Fil-A as the two brands duke it out for a shot at challenging KFC, formerly known as Kentucky Fried Chicken.

As stated in the impossible-to-eat Impossible Whopper article from September, I have pretty much sworn off all fast food. Pretty much. However, I felt compelled to try these two sensations — whether they deserved it or not — and curiosity did get the better of me.

I have passed judgment on the Franken-Whopper, but what about the other food star? The Popeyes Chicken Sandwich? So good it sold out in days. So desired people were selling cold ones via the internet. With a bite missing. Who are these Popeye people, anyway?

Popeyes started as “Chicken on the Run” in 1972 in New Orleans, Louisiana. It has since been Popeyes Famous Fried Chicken and Biscuits, Popeyes Chicken and Biscuits, and now Popeyes Louisiana Kitchen, Inc., a subsidiary of Restaurant Brands International of Canada. There are nearly 3,500 Popeyes in the world, most of them franchises.

When this went viral, I couldn’t find a Popeyes Chicken Sandwich to save my life — Kansas, Missouri, Oklahoma, Arkansas. Sunday, that all changed.

There wasn’t a line out the door, but there were a good 40 – 50 people inside placing orders, at 1:30 on a Sunday afternoon. With beautiful weather. And during the Chiefs game.

At 1:36 p.m., Andy ordered one Spicy Chicken Sandwich and a glass of water. It was done.

Talk about grace under pressure! The crew knew what they were in for and you could tell it had been this way for hours. The strain showed in their eyes, but voices were calm, movements concise, “thank you’s” delivered even when customers started asking for extra this and that. (It’s not like all those little packets weren’t sitting right there on the counter, people.)

Most customers took it all in stride. We all knew what we were getting into, so why not smile, enjoy the energy and visit with people!

After number 171 was called repeatedly, some guy called out “Is it the sandwich?” The server shook their head and everyone laughed. The bag went onto the holding table.

At about 25 minutes after placing our order, the man by my elbow said “We’re getting close! Be sure to check your bag. Some people just grab and go. You don’t know what’s in there if you don’t look.”

I just raised my eyebrows and nodded knowingly.

My only regret is that I had to share it with Andrew.

“It came out pretty good,” he said. “The chicken breast was juicy and tender, the crust had crunch and wasn’t greasy.”

He asked for “just one bite” but he ended up eating half the sandwich. On our 29th anniversary. I felt I couldn’t complain and I sure as heck wasn’t going back in there to wait another 30 minutes.

The brioche bun was fresh and not too sweet, the chicken breast was hot (temperature) and the texture firm, crust crunchy but not crumbly, bread-and-butter pickles crunchy and cold and the spicy sauce, similar to a remoulade, was flavorful, although I could have taken a little more heat.

You can always add.

Was it good? It was the best fast food fried chicken sandwich I have ever had, and that includes Chick Fil-A, KFC and McDonalds. It was good. It was different. It was generous. And it tasted a little bit like home.