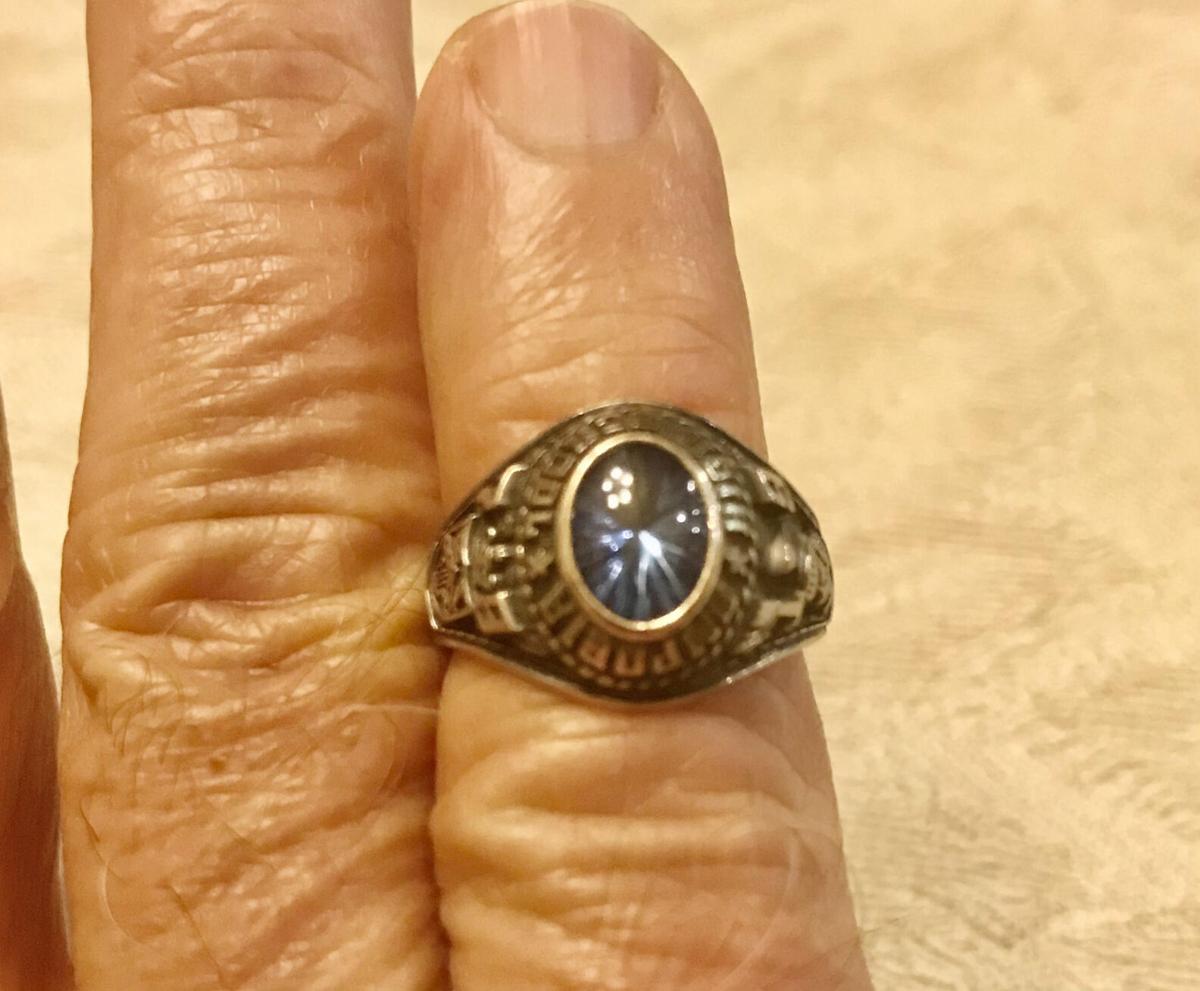 Tom Sack shares what the aquamarine 1979 class ring looks like. After four to six weeks of looking for the owner, Jana Godderz Greenlief will have her ring back soon. 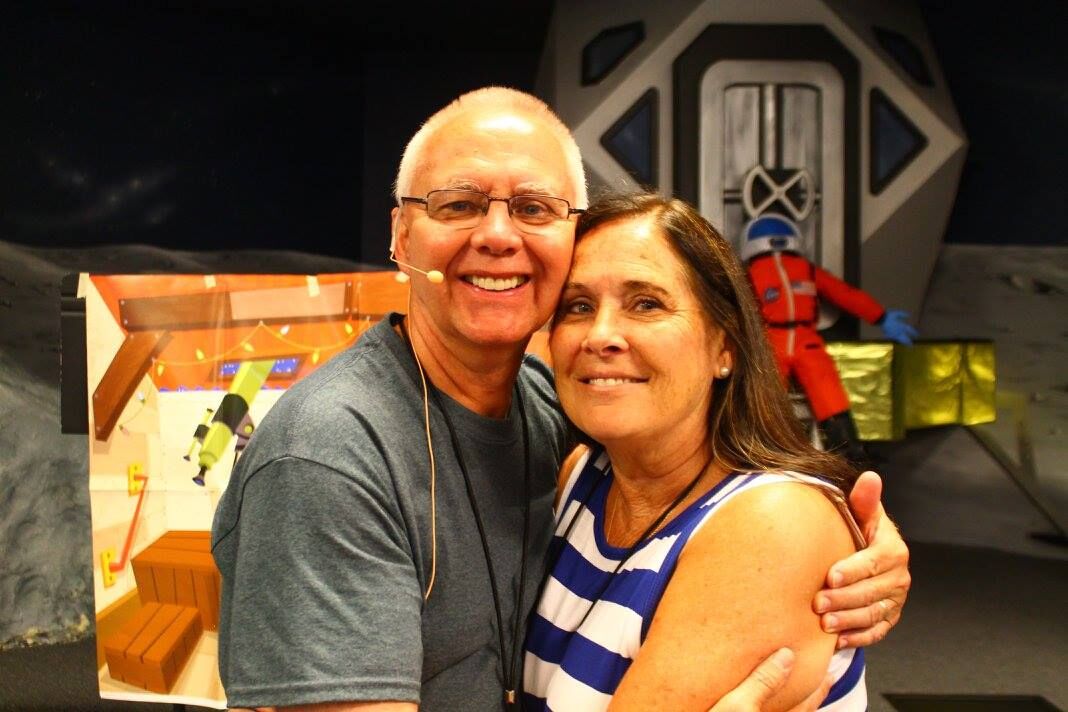 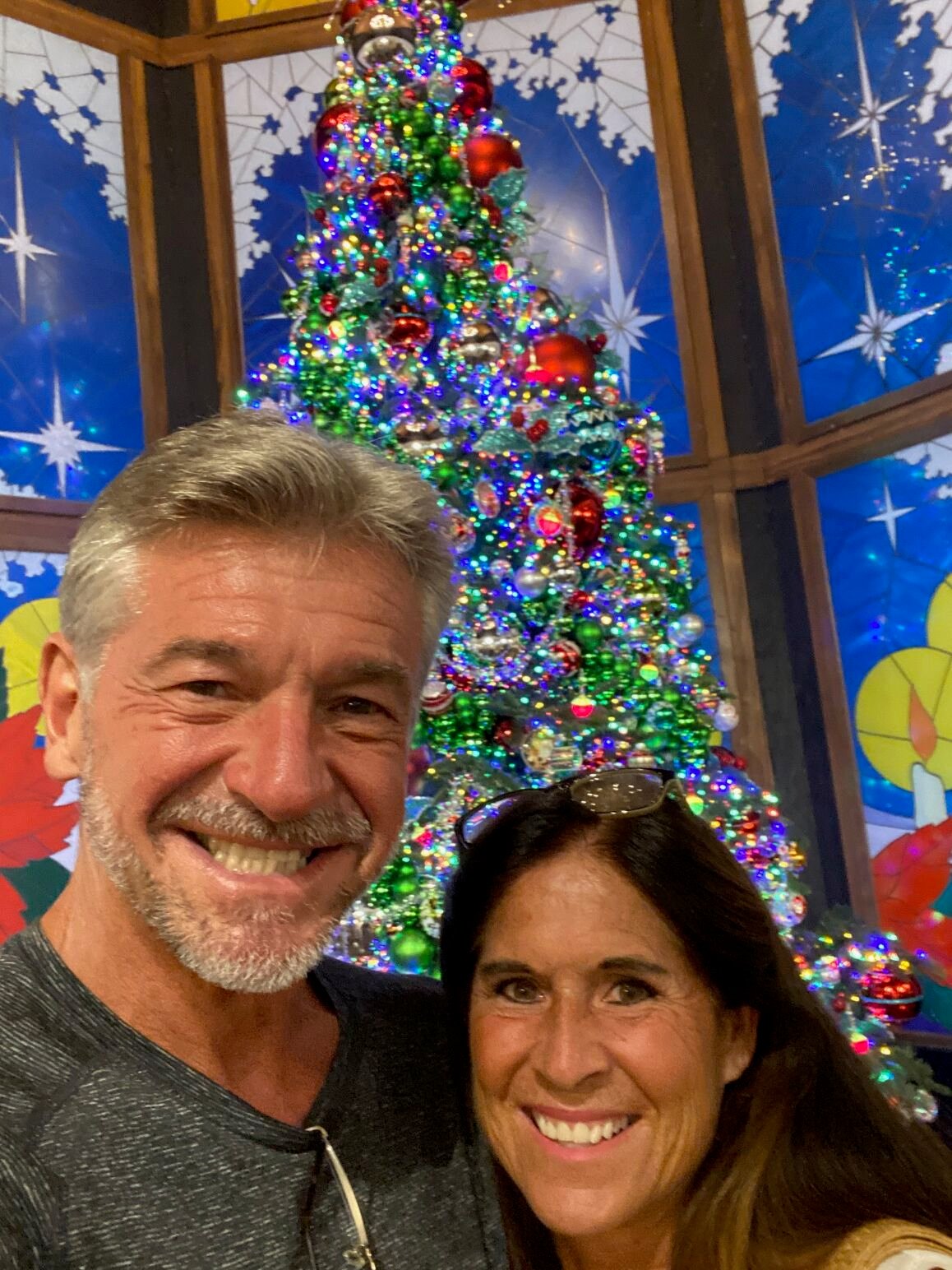 Tom Sack shares what the aquamarine 1979 class ring looks like. After four to six weeks of looking for the owner, Jana Godderz Greenlief will have her ring back soon.

When Chris Simonis proposed to his wife, Sheryl, at Peter Pan Park in September 1982, he happened to find an aquamarine 1979 Emporia High class ring. Nearly 37 years later, Simonis with the help of his in-laws, found the ring’s owner.

“I think perspective is a really good point to make,” Simonis said. “Because you have to put yourself back in time in 1982. I was 18-years-old.”

“So, I thought, what is the chance I had just found her ring?” he said. “Well, obviously it was not.”

Simonis wishes he had a dramatic story to share on how he found the ring; he just found the ring laying on the ground. In the 1980s, there was no easy way to find someone like today. No cell phones or social media to share a quick photo to thousands of people in a flash.

“I put it in my jewelry box way back in the day and that is where it stayed for nearly 37 years,” he said.

Over the years, Simonis would look at the ring and think that he needed to do something.

A few months ago, Debbie Sack, Sheryl’s sister, and her husband Tom Sack traveled to visit Chris and Sheryl in Mount Juliet, Tennessee. Chris brought the ring out to show them thinking that now was a good time to find the owner. Since Debbie is retired, Chris thought they could help find the owner.

“I thought, given all the technology we have now and that [Debbie] has a lot of time on her hands ... maybe she will have some success in finding this,” Simonis said.

Tom graduated from EHS in 1972 and he lost his class ring, too. Someone from his graduating class found his ring and knew Tom’s initials. After he received his ring back, he knew he needed to pay the favor forward.

He took a picture of the ring and posted it on Facebook. Tom and Debbie both did not include specific details about the ring, like the initials, to find the right owner.

Debbie placed an ad in The Emporia Gazette, contacted EHS and KVOE — and came up empty.

“We had not gotten anywhere [with] this ring,” Tom said. “So, I finally decided to put the initials in the post on Facebook. I really wanted to get this back to whomever the rightful owner was.”

Moments later, they received more suggestions to who the owner could be. Karen Moorman listed five possible names to Tom and Debbie.

“We did start reaching out to these five young ladies,” he said. “Lo and behold, my wife actually talked to her on the phone and she gave us the entire description of the ring, kind of what happened to the ring.”

Jana Godderz Greenlief, the ring owner, lives in Columbia, Missouri but she is currently in Boston, Mass. for family.

“I attended Emporia High through my junior year, and so I bought the ring thinking that I would graduate from Emporia High,” she said. “Then, my family moved out of the state. That was the other reason it was so important to me — it was a link — to the high school I had gone to the most and the friends I had there. I came back to Emporia for college.”

In 1981, Greenlief was a student at ESU. When she was working, she took off the ring to rinse ink off of her hands in the bathroom. She returned to her office to realize her ring was not on. Then, she walked back into the bathroom to find the ring missing.

“I felt really guilty and sad because it cost a lot of money and it was very personal to me,” she said. “So, over the years that was kind of the feelings I had about it. I was sad that I lost it.”

Simonis said that he was thrilled to hear Greenlief’s mother is still alive. He shared that her mother worked extra hard in the late 1970s to purchase the class ring.

Moorman had difficulty finding Greenlief’s email, so she emailed her husband a few weeks ago. Greenlief and her husband were dating in 1981, so he knew how much the ring meant to her when she lost it.

“Knowing Karen, I have not been with her or seen her for a long time, but she has always been an honest and caring person,” she said. “I knew it was not a joke, it was something completely unexpected.”

Greenlief no longer has family in Emporia, it was pure luck that Moorman followed the Facebook group that Tom and Debbie posted the ring in. She said it was a crazy surprise and something she did not expect to happen out of the blue. Moorman helped Greenlief get in touch with the Sack family.

Sack explained that this story is one of the stories that you pray and hope for something to happen. Sometimes, it takes longer than we anticipate. When it seems like all hope is lost, the blessing comes back around and you can see the full circle of hope and positivity we live in. He loves the adventure of the ring story.

“Everyone I have told about [the story] has just said, ‘Oh wow, it is such a cool story,’ when we are all thinking about the sad things that are happening in the world,” Greenlief said. “This is something kind of fun and positive.”

Greenlief, Sack and Simonis plan to meet around Christmas to return the ring. She said it will be nice to have the ring back where it belongs and to have closure.

“I feel extremely happy for [her], because I know what that feels like to have lost something of great value and great emotional value and to have that returned to me,” Tom said. “I know what that feeling is like. I just feel tremendously blessed that I was able to be a part of returning the ring to the rightful owner.”

Simonis feels bad because he thinks it could have brought Greenlief meaning sooner. However, he is grateful to have found the correct owner and to bring the meaning back now.

“I think everything happens for a reason and happens in it’s own time,” Simonis said.