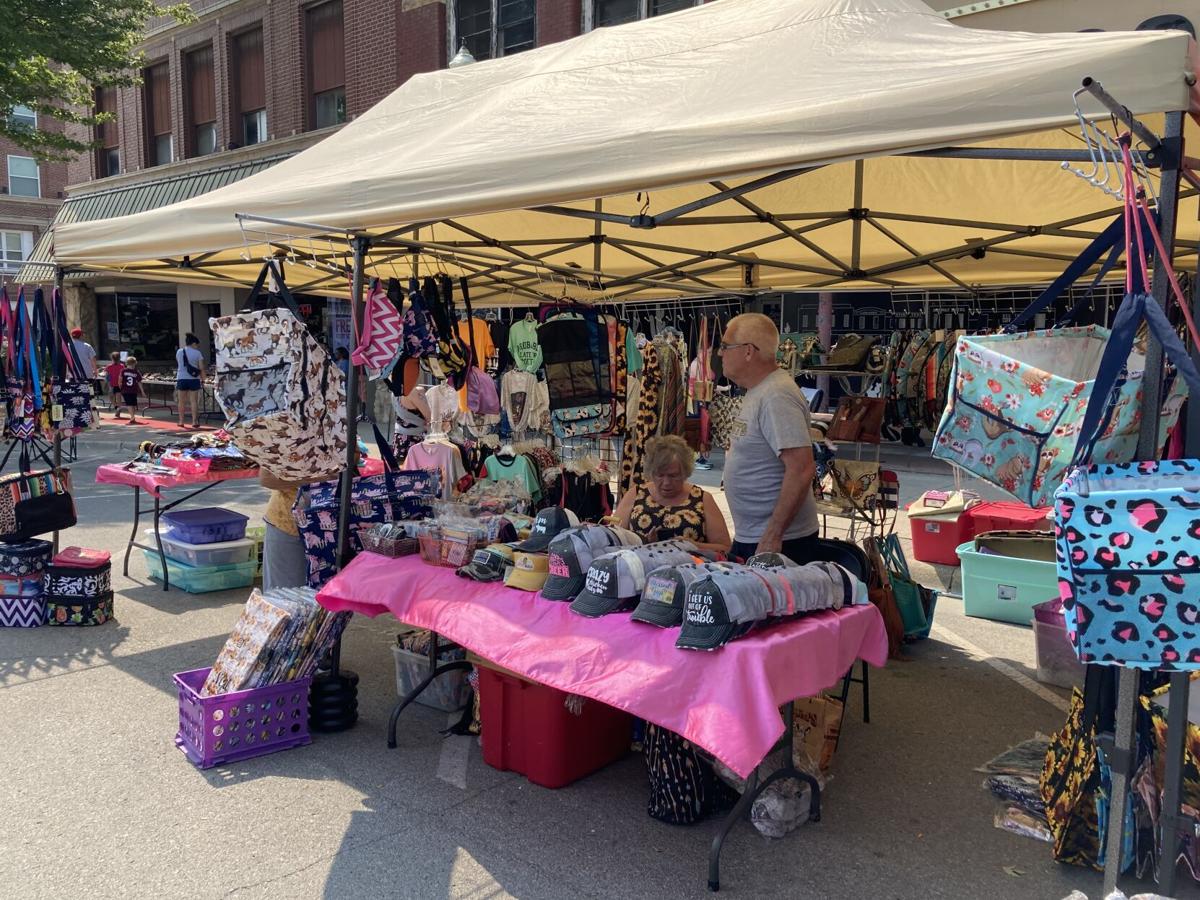 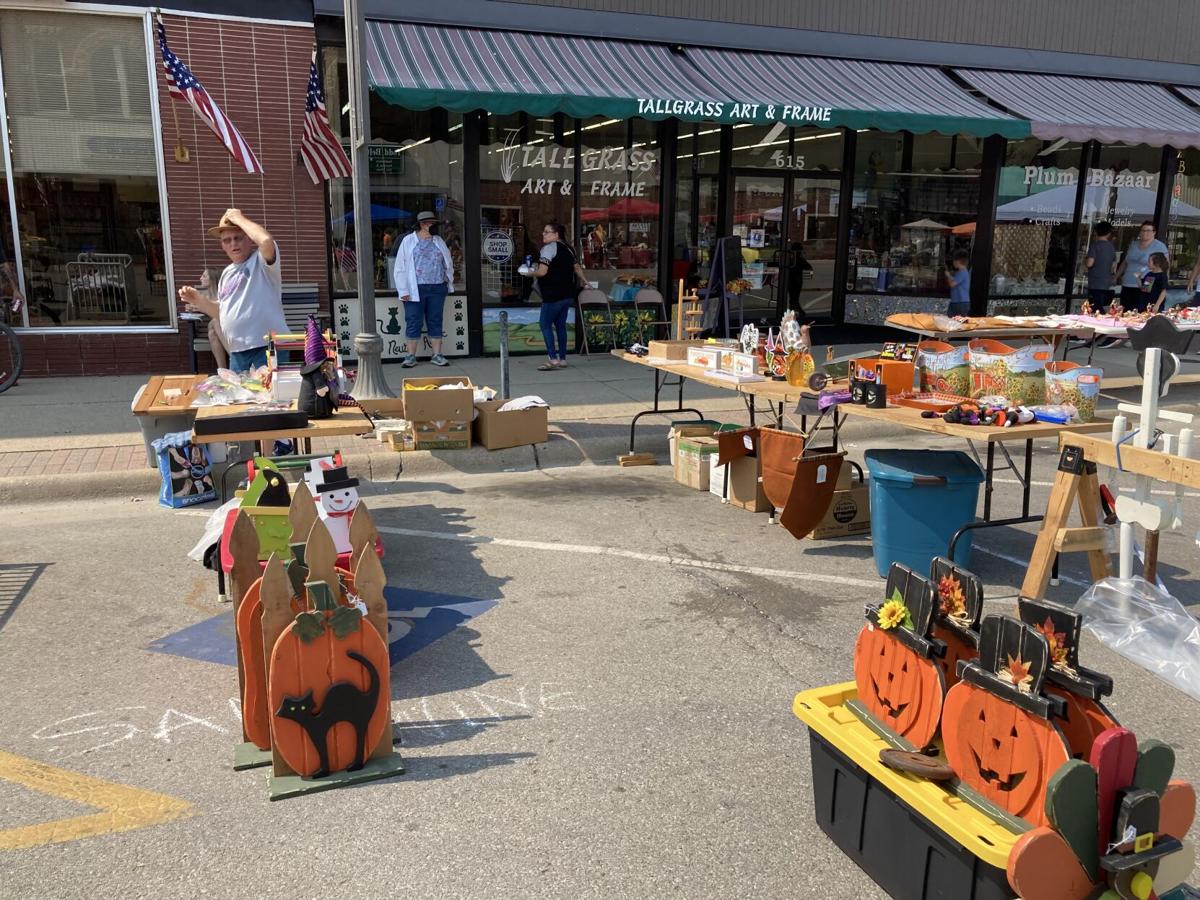 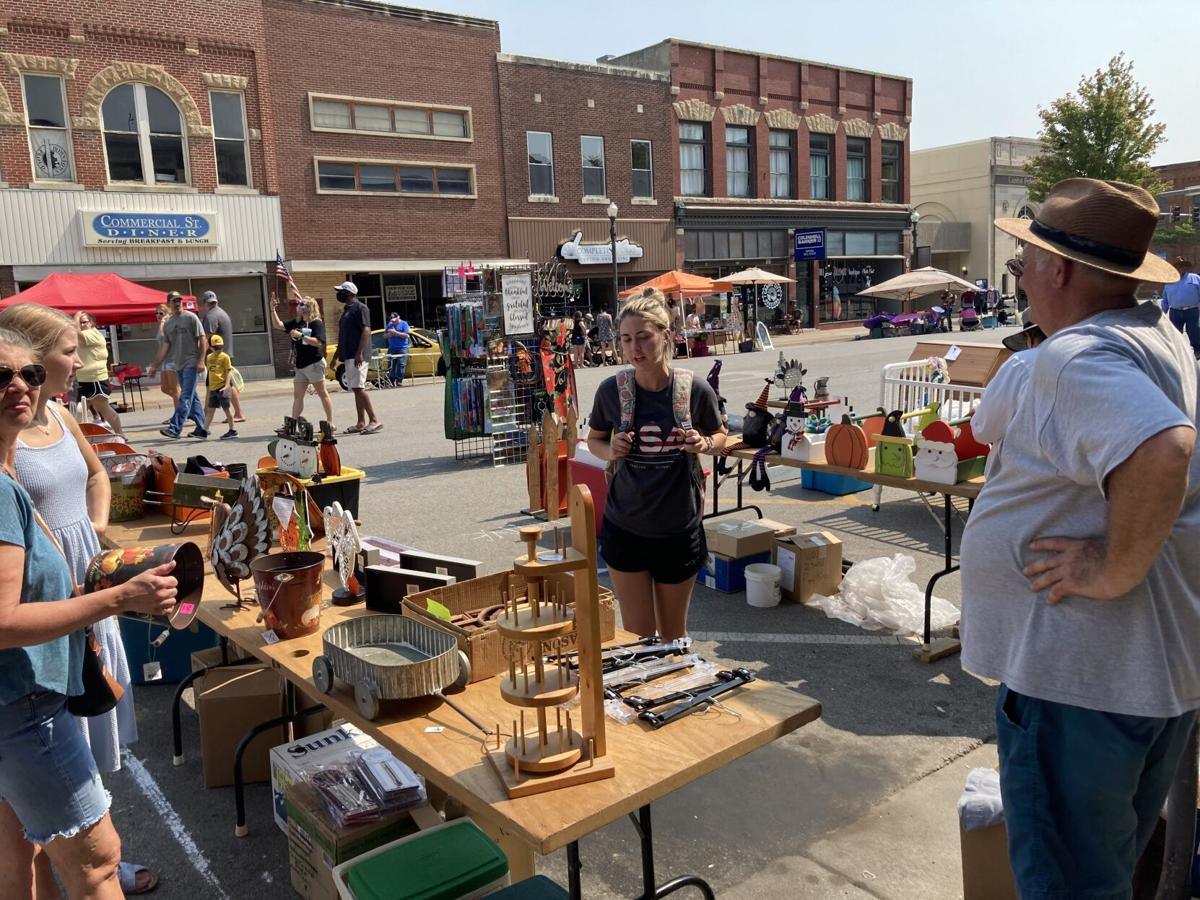 Sam Wine with a customer on Saturday at the Great American Market. 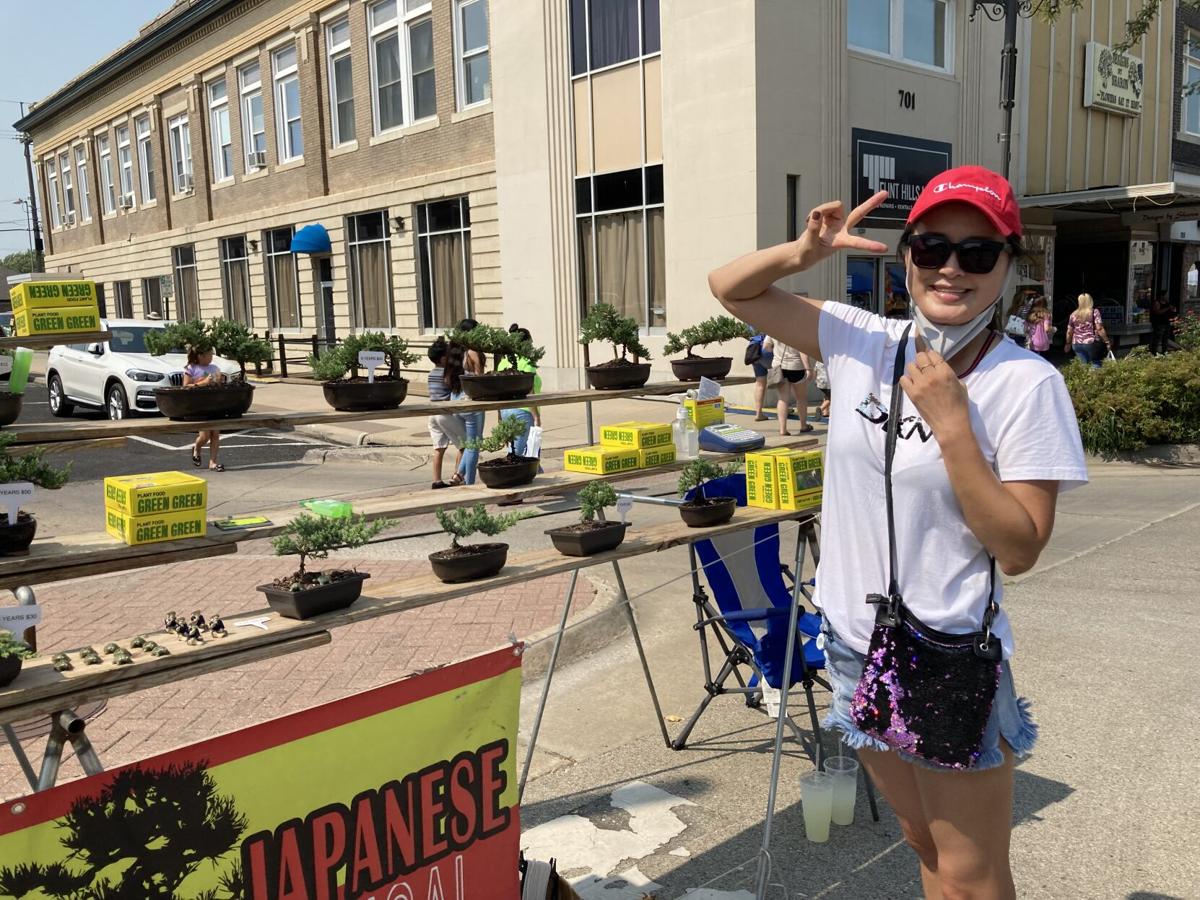 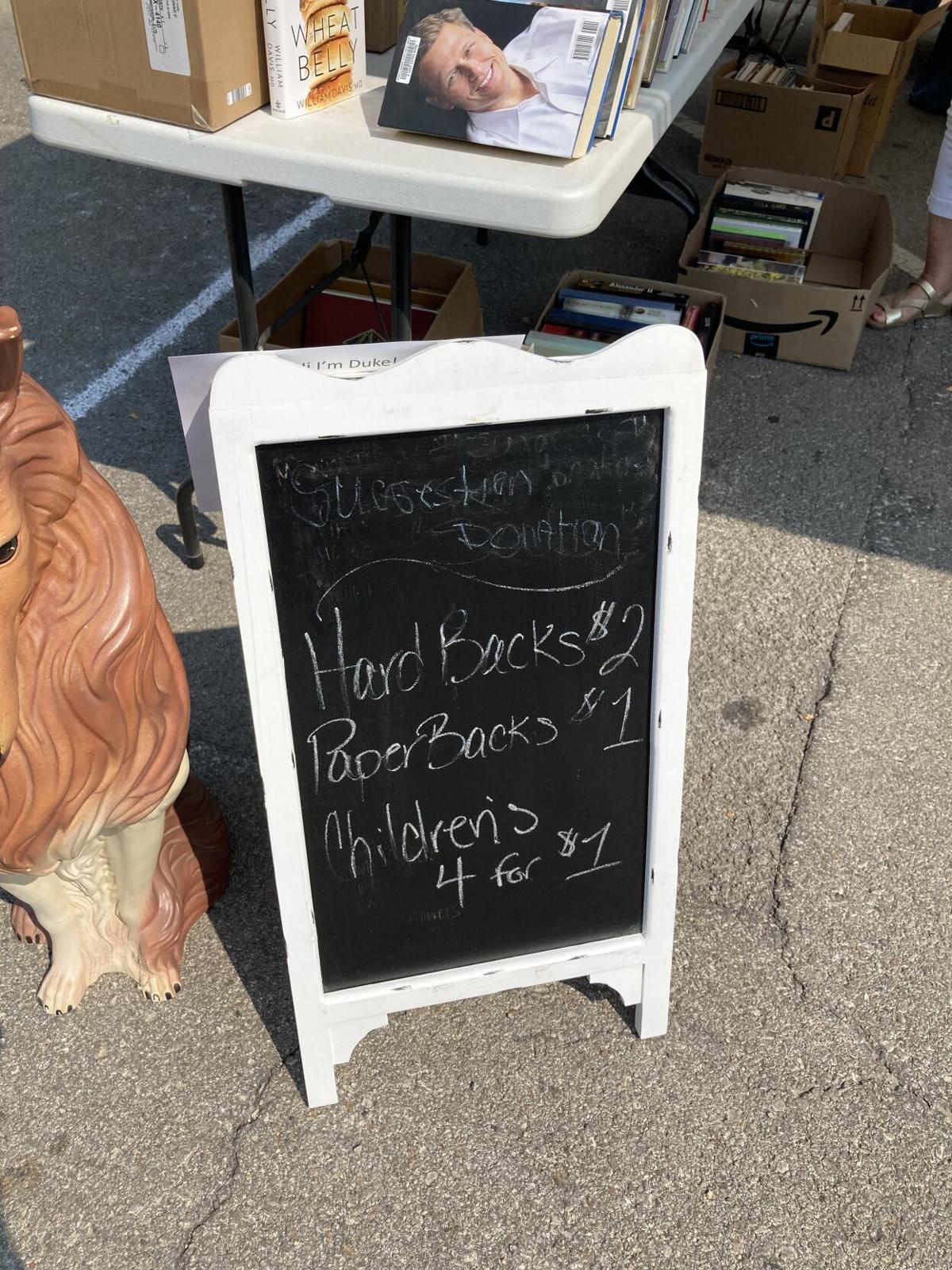 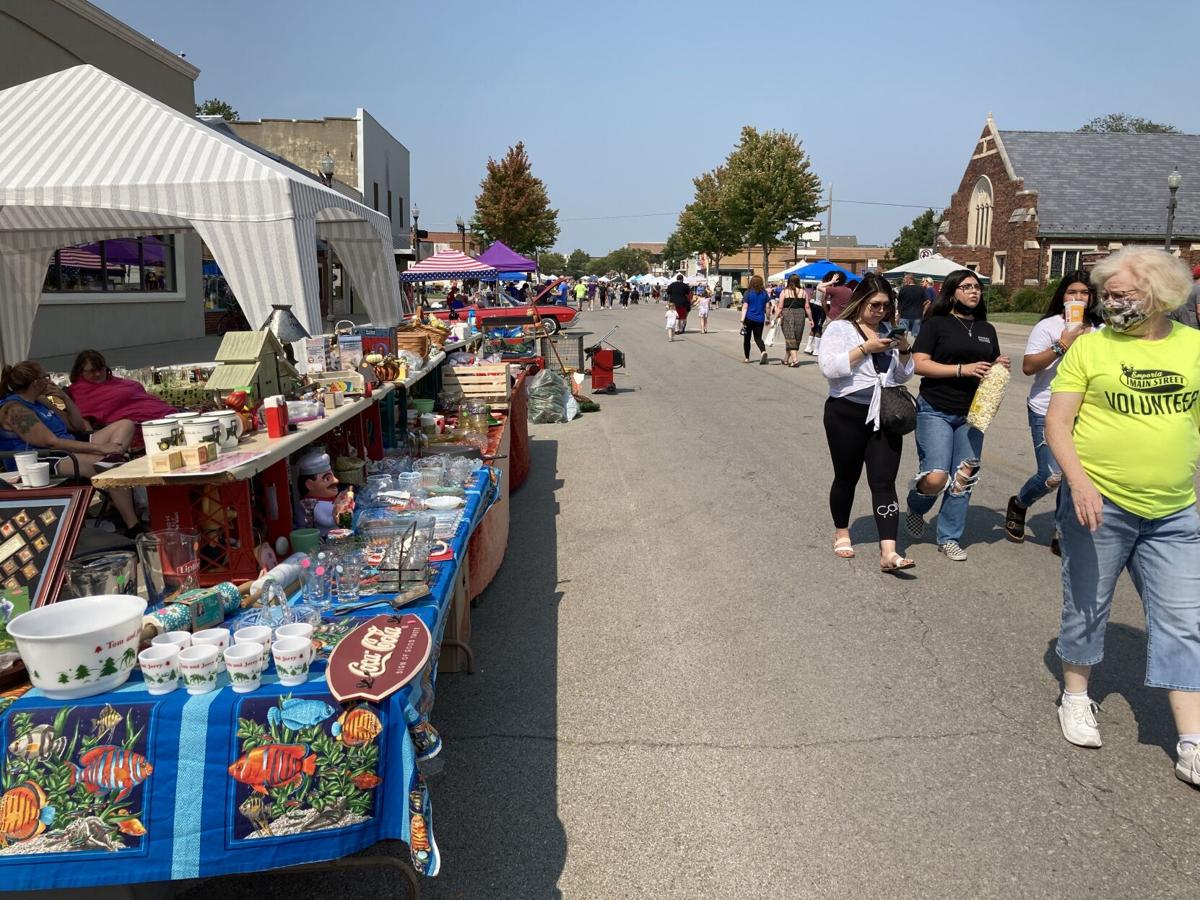 The Great American Market has something for everyone. 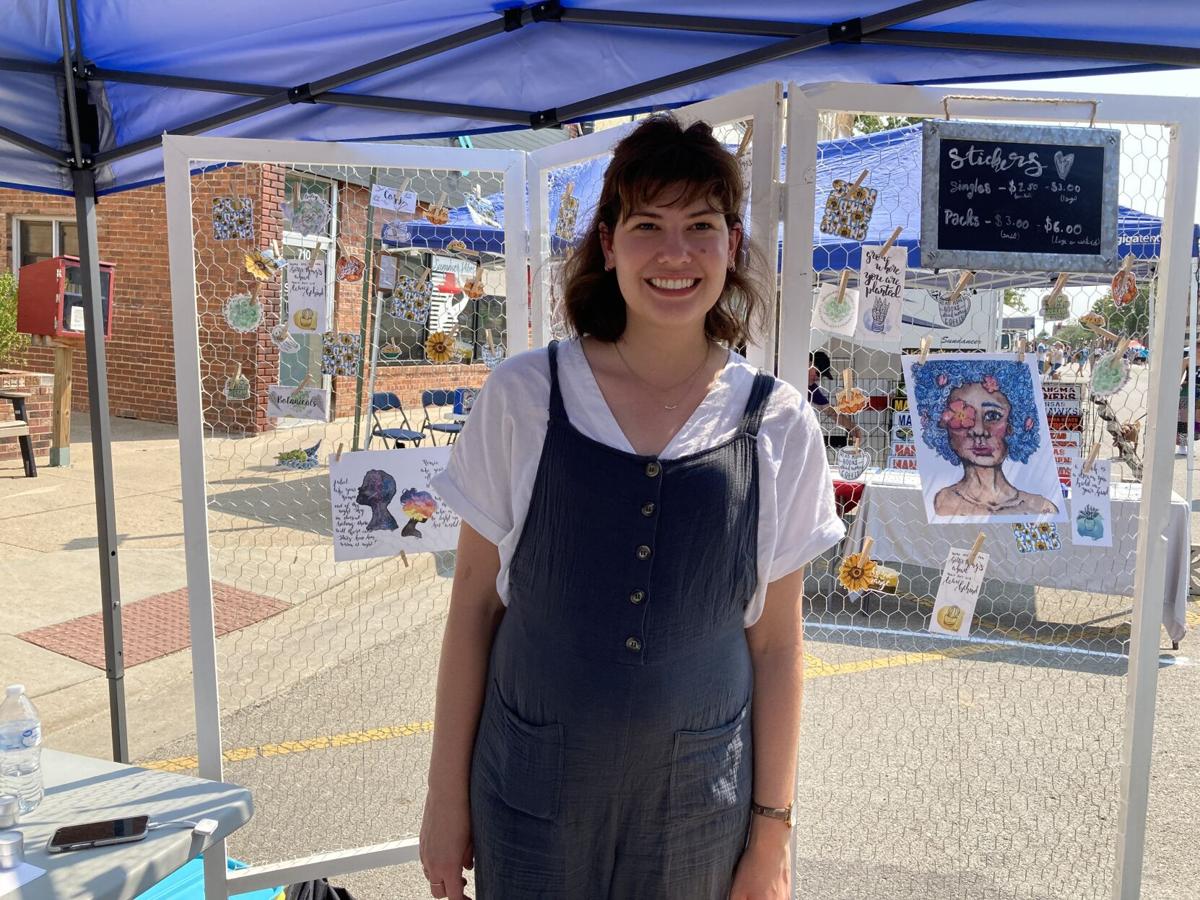 Artist Amy Redding is a newcomer to the Great American Market this year.

Sam Wine with a customer on Saturday at the Great American Market.

The Great American Market has something for everyone.

Artist Amy Redding is a newcomer to the Great American Market this year.

The Great American Market brought long-time vendors back to Emporia as well as some new faces Saturday at the downtown event with food trucks, antiques, hand-crafted items and more.

The market made a comeback after being canceled last year due to the COVID-19 pandemic, with new social distancing guidelines for vendors, recommended masking and hand sanitizing stations.

“The turnout was good, especially early in the day; we were pretty packed,” he said. “We’re happy with the turnout; especially the new spread-out style of the event. With our mask giveaway and testing, I think we’ve had a lot of people that were really comfortable as evidenced by the turnout. We had a lot of people in town and a significant distance away coming to Emporia today.”

A few of the 160 vendors canceled, but Woods said it was not due to a safety concern.

“It wasn’t anything from a safety perspective and something came up at the last minute and that always happens when you have 160 vendors a few will drop out the day of,” he said.

Woods said there was more than 150 vendors.

“We had several new craft vendors and several new food vendors. Some of the area vendors, we hope to work with them to become local restaurants,” he said. “We had a lot of old favorites but several new that came in this year.”

Several long-time vendors were glad to open shop again at the market.

Sam Wine, former teacher at Madison schools and owner of Wine Seller Antiques and Gifts, has been a vendor in the same spot by Graves Drug Store since the market started.

“It’s nice because they are buying stuff this year,” Wine said. “It’s not like stuff isn’t moving. They are willing to go out and purchase some stuff. We almost closed our doors last year because all the shows were gone, all the business was gone, and we were basically sucking air, but we survived it. It looks real good right now.”

Wine sells seasonally themed wood work with his wife Patty, who designs and draws it out, while he cuts, builds and assembles it. Garden flags were sold at $5 a piece, which Wine said was the bestseller of the day. Other items included wood snowmen, pumpkins, witches, Santas and turkeys.

“We have our one-of-a-kind things that disappeared this morning,” he said. “We have our regular customers who know right where we are, and we always have some unique items.”

COVID put them out of work for two years, but things are picking up as the duo now have two shows a month. Upcoming shows are Fabulous Finds on Highway 99 in Madison, also Lyndon, Rose Hill and Wichita.

“I’m really happy, hopefully that will be a good sign until December,” he said.

Suzanne Dunken has been baking since she was 12 with her sister. The two sold out of their popular cinnamon rolls. Her mother, Nancy Crawford, whom she called the “purse lady,” has been attending the market for many years. Wine introduced her to the market. Crawford and her husband Rod sell T-shirts, purses, bags and hats, and are booked from the first week of April to the second weekend in December in four states.

“We’ve always had stuff on the sidewalk, on the street; we closed up our store 10 years ago and have been doing this ever since the market started,” she said. “It’s been a while since we’ve seen everyone since we missed a year. Things are going good. It’s kind of a family affair.”

The market also featured newcomers, such as artist Amy Redden, who publishes under the name Al Redden. Redden teaches high school English in Council Grove. Redden does watercolor pieces that are scanned and printed on different card designs.

“I think it went pretty well, I didn’t have a context for it — I wasn’t sure how well it would do because I’ve never been here before,” she said. “I’ve always loved painting and drawing, although I’ve never taken any classes for it; it was more of a stress relief. But when COVID happened in March, and I’m also a poet, the thought of no longer existing and dying and not having anything physical to leave behind after I died was just too much for me, so then I decided I wanted to take art seriously and writing seriously, and so I’ve been working to get my water color pieces finished and poetry published.”