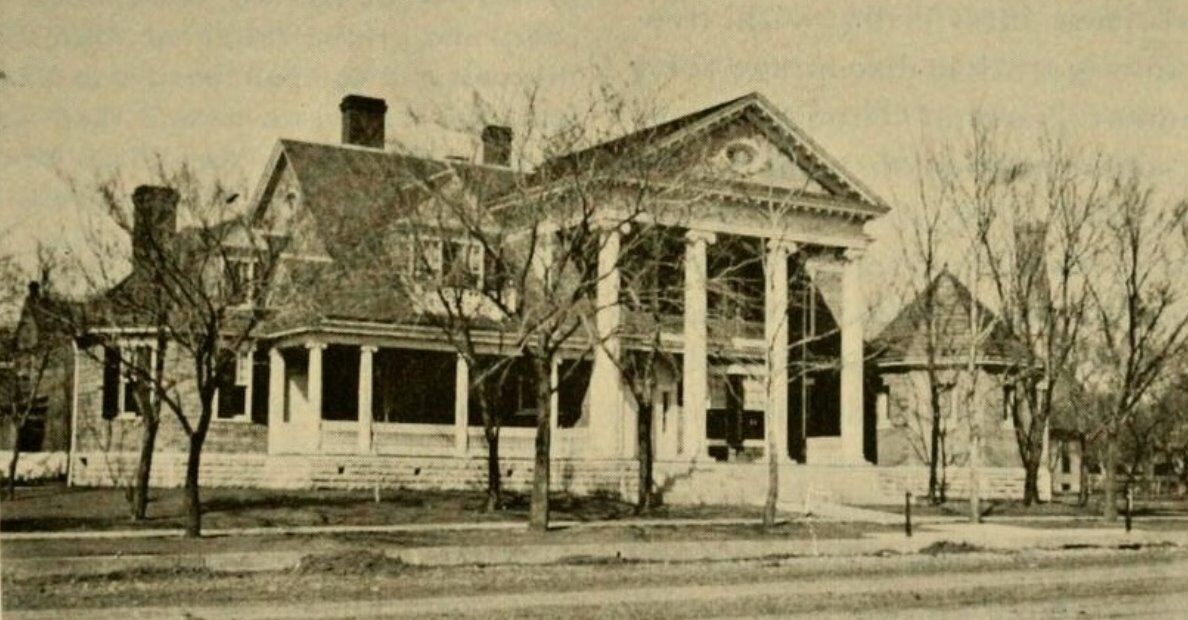 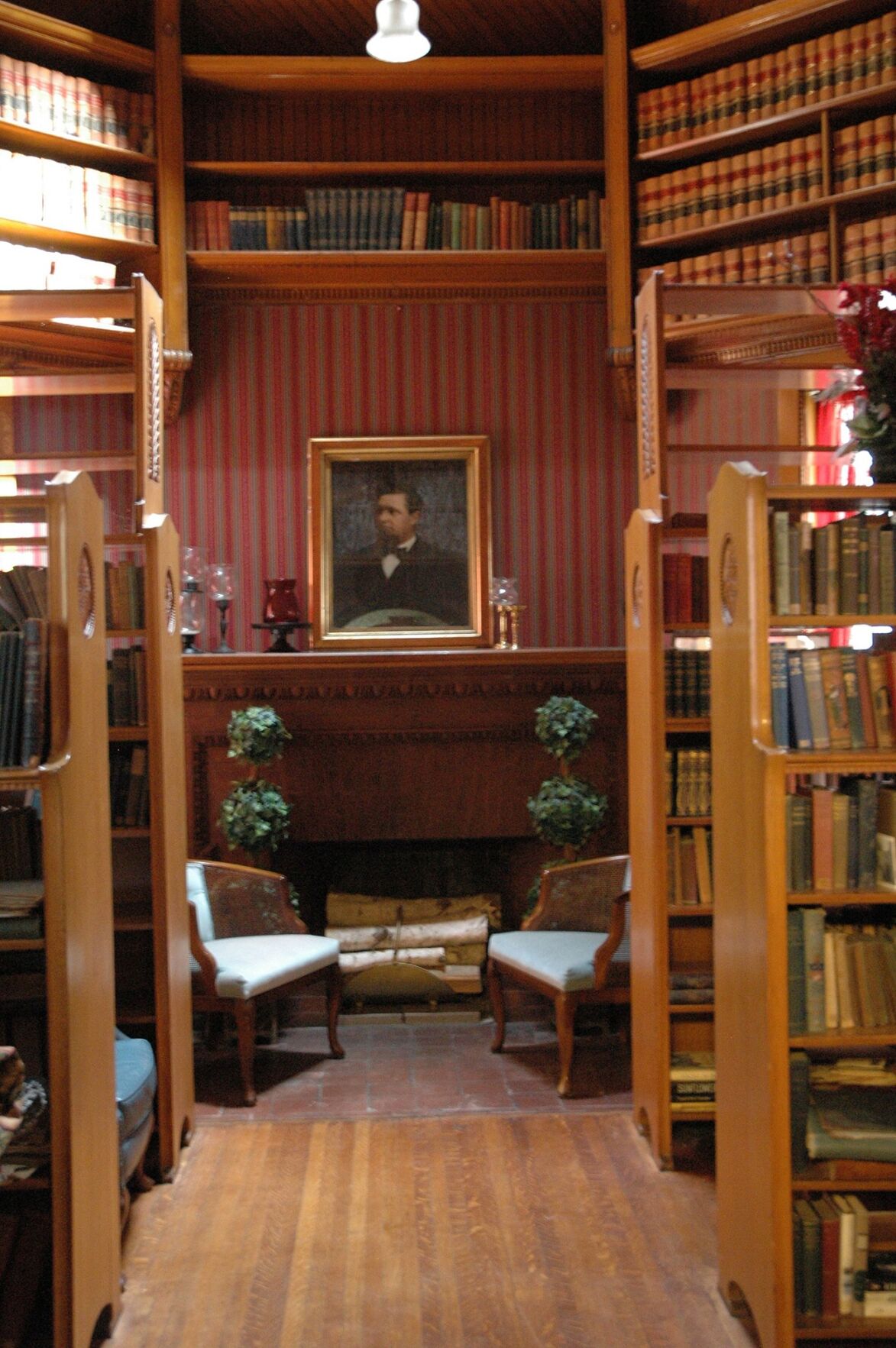 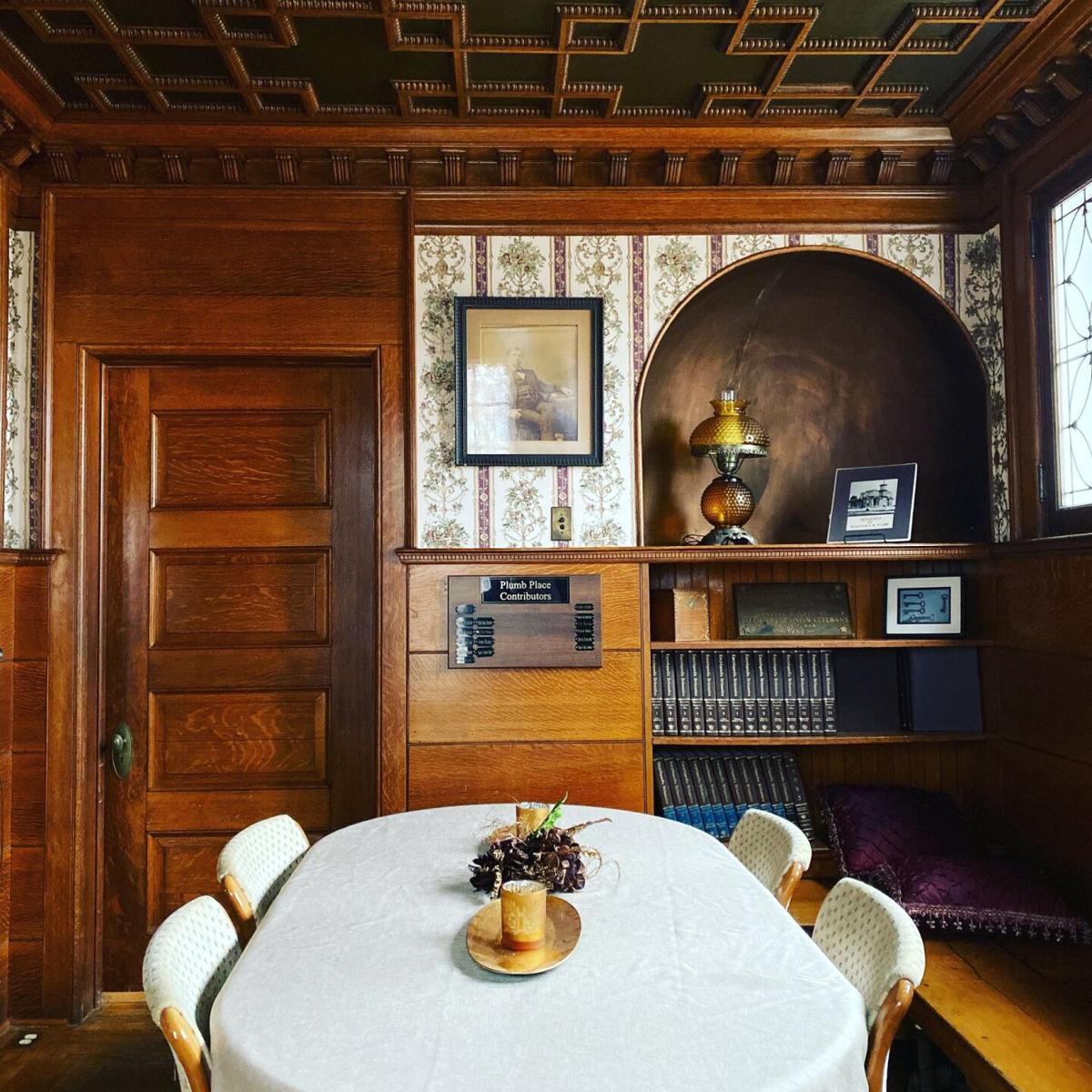 This clipping from the Dec. 22, 1949 Emporia Weekly Gazette shows the fight to keep the Plumb home as a women’s center.

This clipping from the Dec. 22, 1949 Emporia Weekly Gazette shows the fight to keep the Plumb home as a women’s center.

Editor’s note: This is part two in a two-part series on the history of Plumb Place and its impact on women in the community.

Plumb Place, 224 E. Sixth Ave., became the center of a contentious debate over ownership and use in the 1940s, a little more than two decades after Carrie S. Plumb’s death.

Deeded by the Plumb children to the city of Emporia and Lyon County for the welfare of women and girls, the property has strict usage requirements that some residents believed were not being upheld.

On Dec. 5, 1949, The Gazette published a follow-up article that began, “Emporians have discovered a new winter recreation — petition signing.”

Each of the 12 signers of the original petition also had been deluged with telephone calls, with some calls including “strong words to the intent of the petition signers.” The unorganized “Save the Community Center” drive swelled almost overnight, The Gazette reported.

In a Dec. 7, 1949, article, The Gazette reported that Y.W.C.A. officials had issued a statement to explain the four complex provisions of the deed and chastising the 12 signers of the original petition, saying they “could not have had in mind the good of the women and girls of Emporia and the proper use of the building. …”

A side issue developed, when some residents hired local contractor Tom Cox to appraise the replacement value of the property. While county commissioners had used the appraised value — $30,000 to $40,000 — of the home and grounds, Cox said in a written appraisal statement that “The construction of this house is superior to any house in Emporia with which I am familiar. Disregarding the ground value, I estimate the current replacement value of this property at $250,000.”

County Attorney Sam Mellinger said the commissioners could decide whether or not they wanted to use “fair and reasonable market value.”

Y.W.C.A. Trustee H.L. Kendig issued a statement from the board on Dec. 7, 1949, explaining that citizens needed to understand the conditions of the deed and that the sale would not only violate the Plumb heirs’ intent, the conditions would prohibit it. Kendig added that the “motive of the signers is entirely foreign to the proper use of the property for the benefit of women and girls of Emporia. …”

In letters to The Gazette, the remaining Plumb heirs — P.B. Plumb, Ruth Plumb Brewster, and Caroline Plumb Griffith – became involved in mid-December 1949 to oppose the sale.

“It is unbelievable to us that this service, which we were happy to make possible, could be discontinued,” Brewster and Griffith wrote, mentioning the heavy use of the building not only by the residents but the community at-large. “And the money that could be realized from the sale of the property would not be sufficient to duplicate the work that is being done in the present plant.”

P.B. Plumb agreed, writing that since the death of his mother, “it has been a joy and an inspiration to me that so much good has been accomplished from the use of the home.” He wrote that selling the home would be a distinct disservice to the Emporia area and that those petitioning for the sale had “no regard whatever for what is best for the community.”

By Jan. 5, 1950, The Gazette had devoted about 150 column inches of small type to publishing the names of the organizations and individuals whose signatures were included on the 57 protest petitions that been filed to stop the sale of the Community Center.

Two days later, The Gazette reported that the original petitioners had withdrawn their demand to sell the Emporia Community Center. The center would carry on its dedicated purpose as a home for women, as well as a community gathering place, and the county would look at other sites to build its new courthouse.

A Gazette article on Oct. 29, 1959, reported that the center had completed another successful year. Center Manager Mary Davis said that the dormitory, which could house 22 women, had been full all year; the club room had been used more than 350 times during the first seven months of the year, and at least some part of the building — either upstairs or down — had been used daily by various organizations.

Financial support continued through rent and building-use fees in combination with donations from individuals, businesses, churches, social organizations, and the Community Chest.

Two sleeping rooms on the second floor, a hallway, and the roof were charred in a fire on Nov. 5, 1976, a Gazette article reported; that area, in addition to parts of the building’s first floor, also sustained heavy smoke and water damage.

Community Center resident Sarah Somerhalder had been busy at her job in the city engineer’s office about a block away, when she heard the fire truck sirens blaring briefly before stopping. She told co-workers, “I hope that’s not the Community Center.” It was.

Then-Fire Chief Claude C. Lange was quoted as saying the occupant of one of the sleeping rooms had prepared lunch between 2:30 and 2:45 p.m., then had gone to a lounge at the south end of the floor to read. She had left a candle burning in a pine-cone holder.

Sometime later, the resident noticed smoke coming from her room and went to investigate. Upon finding a fire inside, she attempted to beat it out with a rug before calling the fire department at 3:27 p.m. Firefighters arrived to find smoke coming from the roof and from second-floor windows. More than an hour later, the fire had been extinguished and revealed heavy smoke damage to all nine sleeping rooms and the lounge on the second floor, as well as water damage to the first floor rooms below.

The fire had come too close for comfort for Somerhalder. Her sister Donna had moved to Emporia, and the sisters were sharing a large upstairs room with a bathroom, with each paying $30 a month.

“My sister was a nurse and she was sleeping” when the fire started, Somerhalder recalled. Fortunately, the sisters’ room was on the southwest corner of the building; the fire had started on the northeast corner.

Somerhalder had moved into the Community Center on July 14, 1968, and continued to live there for 33 of the 44 years she worked in the city engineer’s office.

“I moved in on Sunday and started working on Monday,” she said.

Rent at the Emporia Community Center was $23 a month and the atmosphere was pleasant.

“I liked it because you could be with people if you wanted to, or you could be by yourself,” she said. Renters had access to a community kitchen and areas to store their food.

Somerhalder, who also had been the center’s bookkeeper part of the time, said the center was home to about 20 residents, some working women and many students at the university and the technical college.

“Students were there, LPNs, it was a whole lot different than now. There were a lot of young people,” she said. “We had a good time, playing different games, Jeopardy and whatever. We had get-togethers. Christmas parties, dinners.

“We had fun picking all the wallpaper off the living room walls,” she added with a laugh. “I don’t know how many layers there were. I wrote my name on the wall, up in the corner.”

Though the damage left by the fire didn’t reach the sister’s room, other than a lingering odor of smoke, the extensive repairs and renovations to the rest of the house were completed in a relatively short time.

By Jan. 24, 1977, the work was almost completed when Supervisor Della I. Price took new board members on a tour of the building at the center’s annual board of director’s meeting, and reported that use of the Community Center had increased substantially during the past year, despite the fire.

The Community Center’s place in the social structure of the area remained strong for several years, before an increasing number of women joined the work force, social club popularity began to ebb and new venues opened to compete with the center for rent dollars. The result over ensuing years was an erosion of the Community Center’s usage and funds. The board looked for new ways to finance the center’s operations and make changes to utilize its considerable square footage.

The board unexpectedly was facing with another change, when the Emporia Recreation Commission and voters approved building a new two-story building on Fifth Avenue between Constitution and Merchant streets. The project had been presented to the voters as a community building, which created a level of confusion between the new recreation center — intended for use by the community — and the existing Community Center.

The confusion heightened when the new telephone book was published.

The Community Center’s board of directors gave way to the newcomer community center. On Jan. 27, 1992, the board voted to change the center’s name to Plumb Place “because a second ‘Community Center’ now has been listed in the telephone book,” a Jan. 28, 1992, Gazette article reported.

Changes in women’s housing needs and the Plumb Place financial position eventually caused the cost of rent to spiral. By the turn of the century, Somerhalder was paying $340 per month to rent a room.

“They told me in January it was going to be $390,” she said. Somerhalder found an attractive apartment near the downtown area for $350 a month and, with a tinge of regret, she moved from Plumb Place in 2001.

“I enjoyed living there,” Somerhalder said. “I really did.”