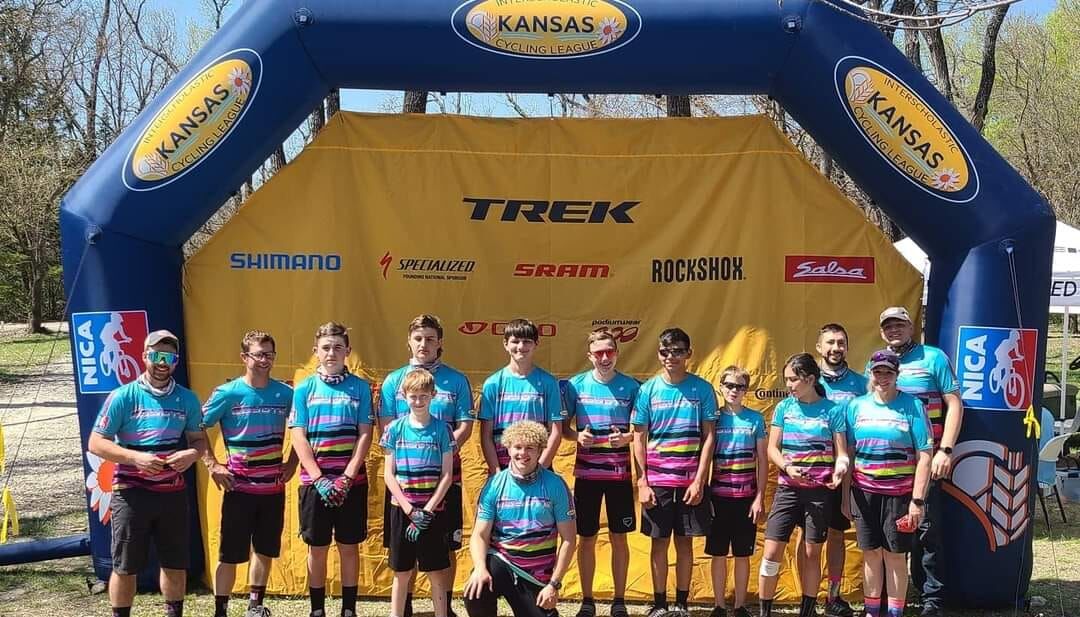 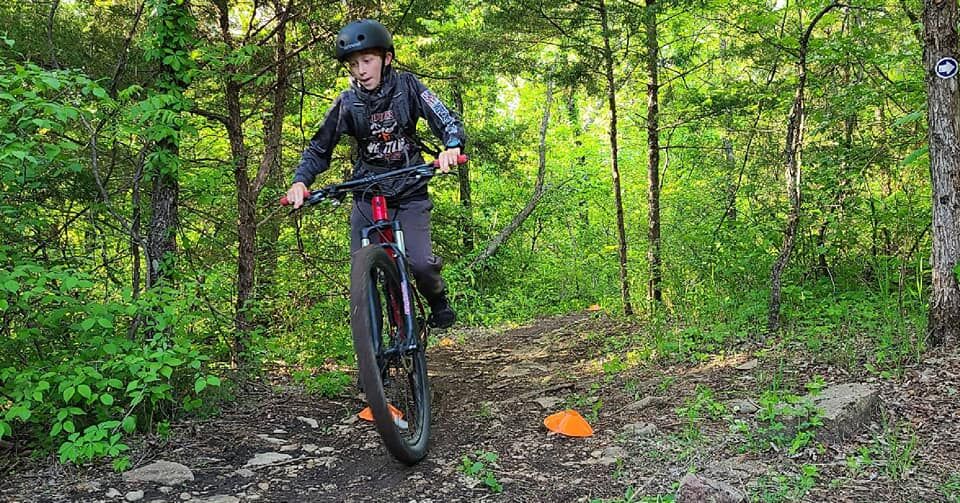 From 9 a.m. - 3 p.m. Sunday, the community is invited to come out and support student athletes as they ride through the camp’s wooded trails. The race is part of the Kansas Interscholastic Cycling League’s 2021 Spring League and is race No. 3 on the season.

“The level of excitement for this is a lot like anticipation for a holiday when your family comes around and you’re overwhelmed getting ready,” said team captain Ryan Balkenhol. “It’s going to be a relief when everybody shows up and then it’s truly going to leave a very big impression upon everybody that shows up. Like they have never seen a nicer race. They are going to be overwhelmed with how cool it really is.”

NICA was founded in 2009 with a goal to teach student-athletes in grades 6 - 12 about bike maintenance, trail cleanliness and maintenance, community service and being part of a team. The Kansas league was formed just last year after three years of groundwork. Local bike shops Gravel City Adventure and Supply Co. and High Gear Cyclery helped get the Emporia-based team off the ground.

Darby Cochran Wilson, whose son Caden is on the Coyote Composite team, said being a part of a NICA team has been a confidence building activity for her son.

“It’s the most incredible experience,” she said.

Wilson said her son has benefited from the team aspect of the program, where it’s less about how good you are on your bike and more about how you work with those around you.

“It’s about coming together as a team and supporting one another,” she said. “Everybody is part of the team and that’s one thing that’s super cool. We have teams all across the state coming in and they’re learning our kids’ names, their coaches know our kids, we know their kids’ names and it’s not because we’re trying to beat them; we’re cheering them on. And, I’ll tell you, our kids are the loudest on the sidelines cheering for everybody. I couldn’t be more proud of them.”

Balkenhol said the events are always run safely, with one certified coach assigned to every group of six kids on the team. There are never kids out on a course without a coach and during races, there are adults out on the courses, too.

After the races are over, everyone helps tear down the event markers.

“Everyone chips in,” Balkenhol said. “It’s not left for volunteers of the event — student-athletes, their parents, coaches — everybody out there can stick around and chip in to get that field cleaned up quick so there’s no trash left behind.”

The goal is to leave the trails in better shape than they were when the race started. By starting the habits early, Balkenhol said, the athletes will take it as a given as they go into adulthood and pass that along to the next generation of riders themselves.

The best part, he said, is no one ever complains about having to help.

“I don’t think we’ve had one time where one of our kids has been argumentative about chipping in,” he said. “They’re just like, ‘OK.’ Maybe I’m biased, but our kids are pretty special. They’re such an awesome group.”

Wilson said the community is invited to come out and cheer for the riders on Sunday. The race kicks off at 9 a.m. at Camp Alexander, 1783 Road P5.

There are also opportunities to volunteer for course set-up on Saturday. Those interested can visit https://signup.com/client/invitation2/secure/576988666888224066/false#/invitation to learn more.