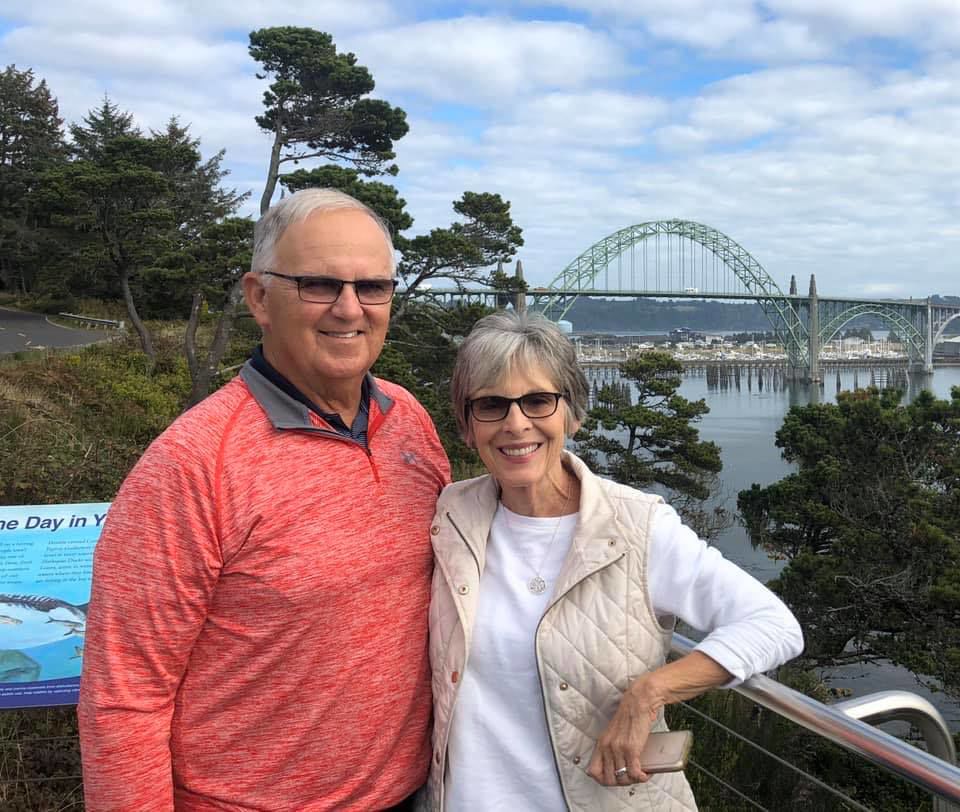 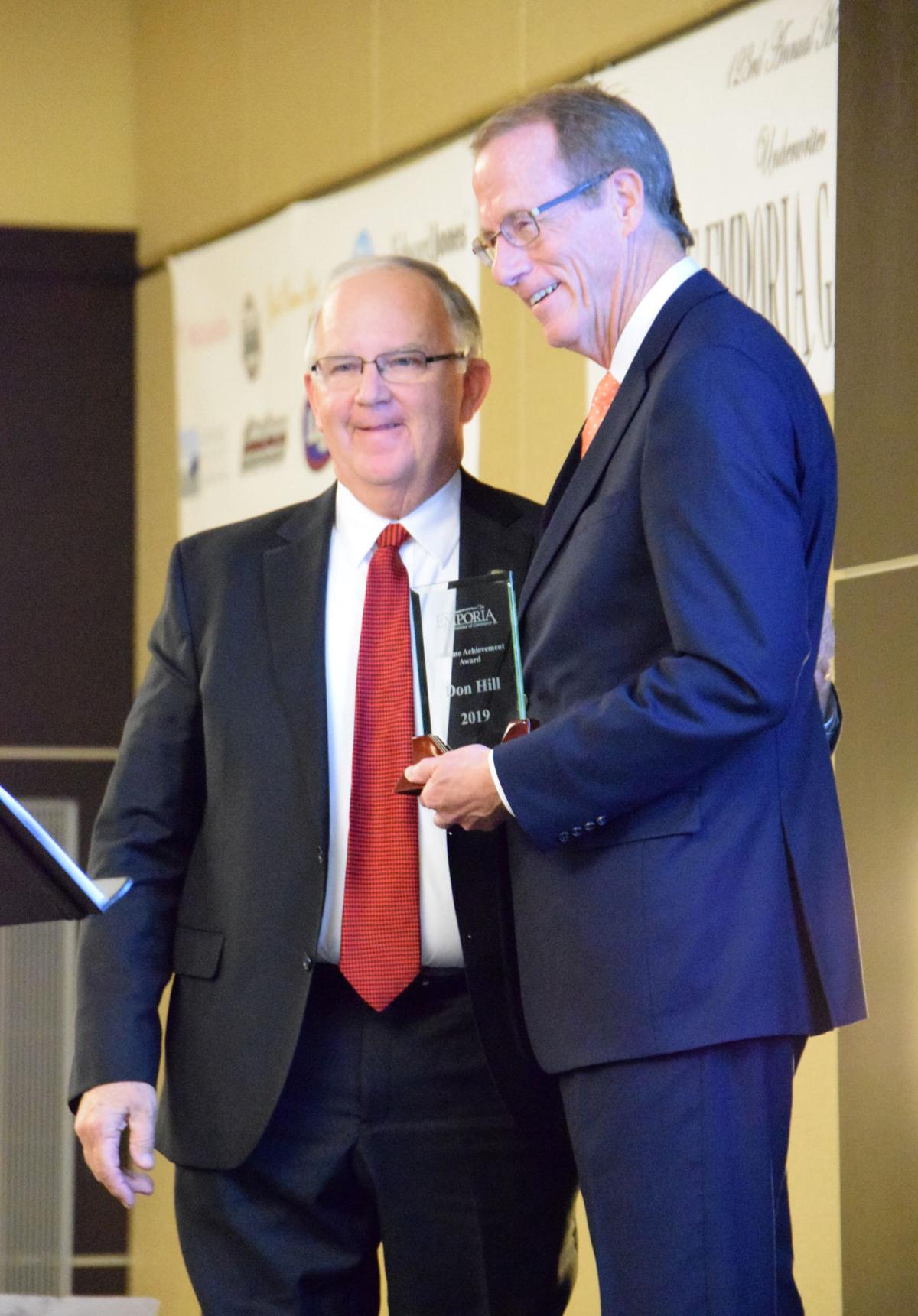 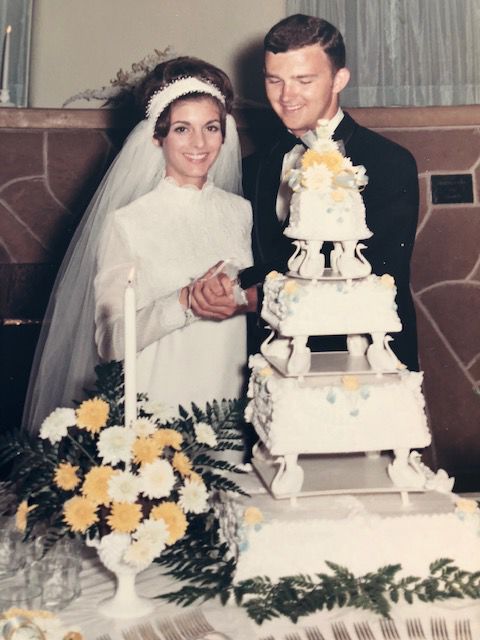 Robbie and Don Hill cut the cake at their wedding in 1969. 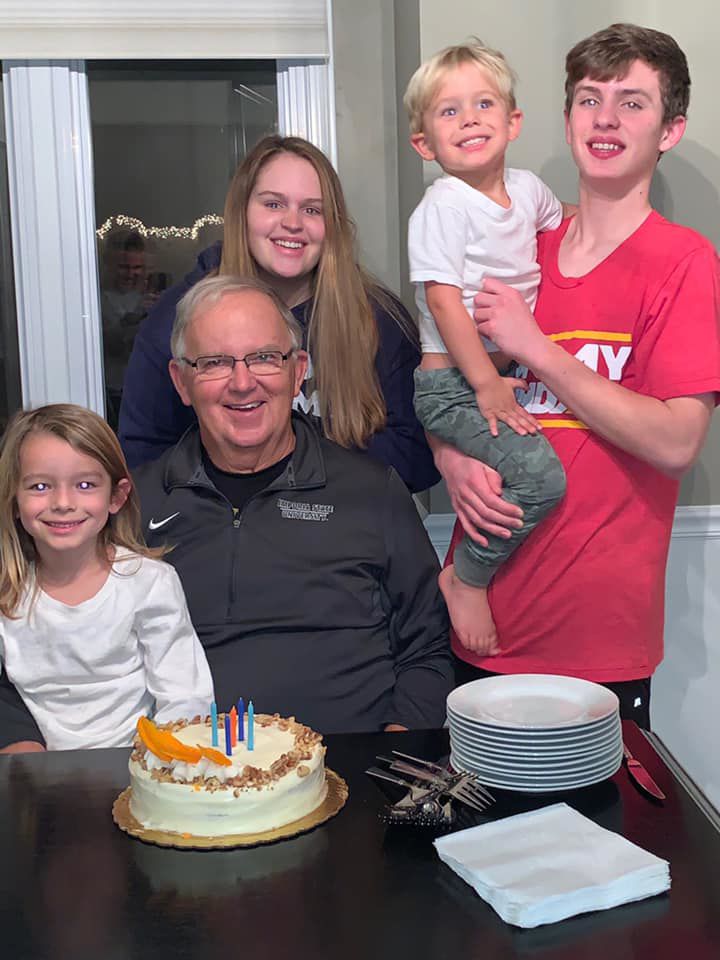 Robbie and Don Hill cut the cake at their wedding in 1969.

Not many people can say they have devoted more than half of their lives to bettering their community.

For longtime Emporian Don Hill, who was recently awarded the Emporia Area Chamber of Commerce’s Lifetime Achievement Award, civic involvement is just something you do.

“It’s part of my upbringing,” Hill said. “My parents were both civically engaged, and so I had that model at a very young age and throughout my youth. I have always been optimistic and just a positive person. ... I want to be in a growth mode. I want to be in a learning mode, and everything I’ve done to varying degrees has provided that opportunity.”

Those opportunities have been many. Aside from his long career in pharmacy, Hill served 14 years as the 60th District Representative to the Kansas House of Representatives. He has also served on a number of boards and committees, including the Emporia Chamber of Commerce, National Teachers Hall of Fame, Emporia Arts Council and Leadership Kansas.

Born and raised in Smith Center, Hill and his wife Robbie came to Emporia in the early 1970s. The couple quickly established themselves in the community, becoming involved with a number of activities and organizations through their church and the Emporia Area Chamber of Commerce. Hill, who graduated from the University of Kansas School of Pharmacy in 1971, quickly became one of the town’s most recognizable pharmacists after taking over what is still the longest continually operating business in Emporia.

Hill purchased Harris Drug in 1972. The pharmacy, originally called Morris Drug, had been founded by DW Morris, a Welsh immigrant in 1885. Pharmacist OD Harris started working for the Morrises in the 1930s and purchased the business in 1965. He changed the name to Harris Drug. In 1972, Harris sold the business to Hill, and the name of the business was changed to Hill’s Apothecary after remodeling was completed. Eventually, Hill rebranded to the Medicine Shoppe.

“Pharmacy is a chance to learn and a chance to help other people,” he said. “It’s a chance to be creative and be on a path to help your customers — your patients — get to a better place. I really liked being involved in the profession of pharmacy, and it was a blessing to have had the chance to own my own business.”

Hill was successful, expanding his business several times over the course of his career, even as independent pharmacies became less common and chains took over. Hill sold the Medicine Shoppe to Pharmacist Amber Haag in 2013. The pharmacy was rebranded as Haag Pharmacy in 2017 and is one of two independent pharmacies in Emporia.

Through it all, Hill was able to maintain his commitment to civic involvement. That, he said, was because he had been willing to invest in his business.

“I had to be willing to make an investment in having the staff that allowed for flexibility and family friendliness and growth,” Hill said. “Once I had made that investment, part two of the equation, is you have the kind of people who are so supportive and willing to pick up the slack when they needed to when I was doing community stuff. It obviously worked out well. It worked well for me, and hopefully it worked well for my colleagues and the greater good.”

Many would agree that it has, though Hill said he wishes the Lifetime Achievement Award was called something else, since he still has a lot more work to do.

He has been serving as the Government Relations Specialist for Emporia State University since 2017 and also sits on the board of the directors for the Kansas Health Foundation.

“About a year ago I went on the board of the Kansas Health Foundation, which is something I’m really grateful for,” he said. “They really do a lot of good.”

Aside from his most recent award, Hill has also received a number of other accolades for his community involvement, including the Distinguished Service Award from the University of Kansas School of Pharmacy. He was also named Kansas Pharmacist of the Year in 2003, and recognized nationally by his peers in 1989. He received the Emporia Small Business Person in 1991, Emporia Area Chamber Volunteer of the Year award in 1997 and received the Emporia State University Citation Award in 2014.

But Hill says his greatest and more rewarding achievement is his marriage to Robbie, a retired counselor and educator. The couple celebrated 50 years of marriage in June 2019, and raised two children together. Now, the couple enjoys their four grandchildren.

“I’ve been blessed,” he said. “Robbie’s supported me, and hopefully I’ve supported her. Robbie’s juggled careers and I’m really a lucky guy.”

Hill said he is confident that he would not have seen a fraction of success in his life if it was not for the woman he shares it with.

“Our long and happy marriage owes a lot to the fact that we started with a shared and deeply held faith and we also started with, and have developed pretty continuously, many mutually-enjoyed activities and friends,” Hill said.

And, he added, a shared passion for community service — something he has seen making a big comeback in the community over the last few years. He sees a lot of good happening in the community, with the next generation of leaders making great strides to continue bettering Emporia.

“Emporia’s always been a striving community and a community that’s not had the struggles that many have had, but I think now more than ever there’s a clarity about what’s ahead,” Hill said. “There’s a vision. There’s a lot of really talented people here. It is important to have clarity of vision, to have energy, to be focused on making things better and solving problems. I think the activity we’ve seen in leadership development, which has had focus from both Leadership Emporia and significantly from Emporia State University, has definitely helped and will continue to help in the future. You know, it’s not my generation that’s doing the leading — it’s exciting.”

Don Hill is very deserving of this award and is someone that the entire community can take pride in his accomplishments.