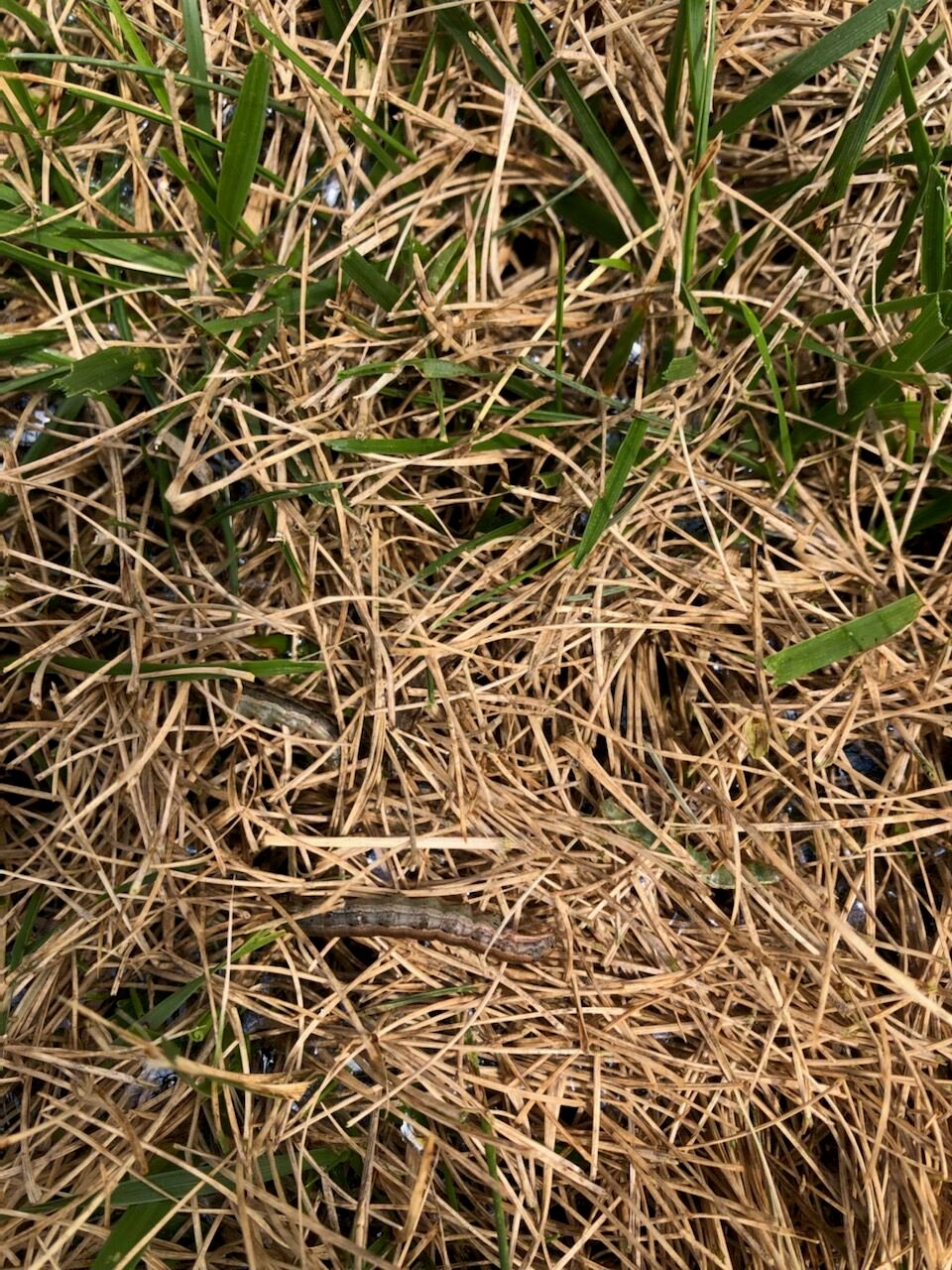 At under two-inches long, the armyworm is a destructive pest. 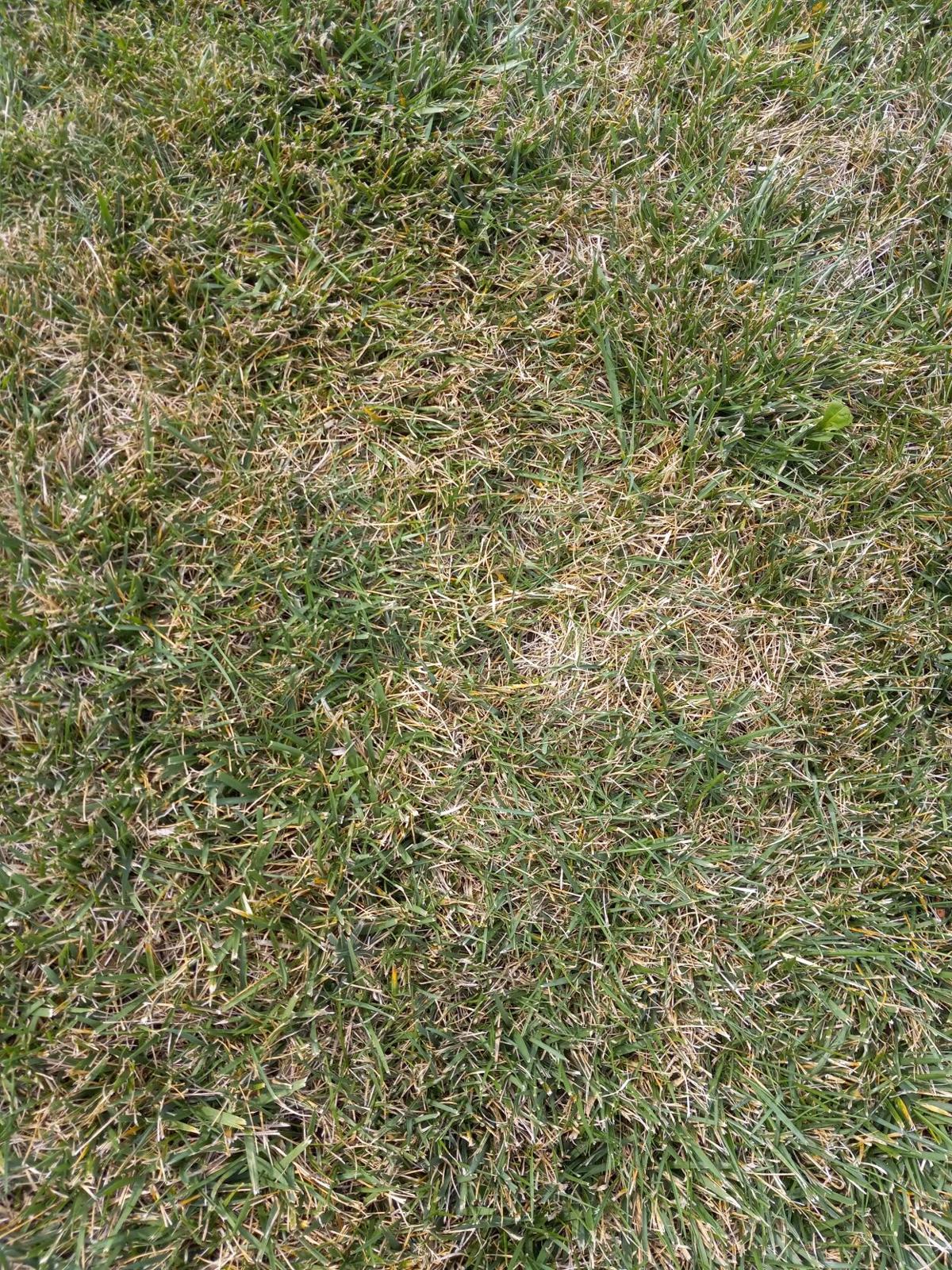 These dead spots show where armyworms have been feeding on grass. 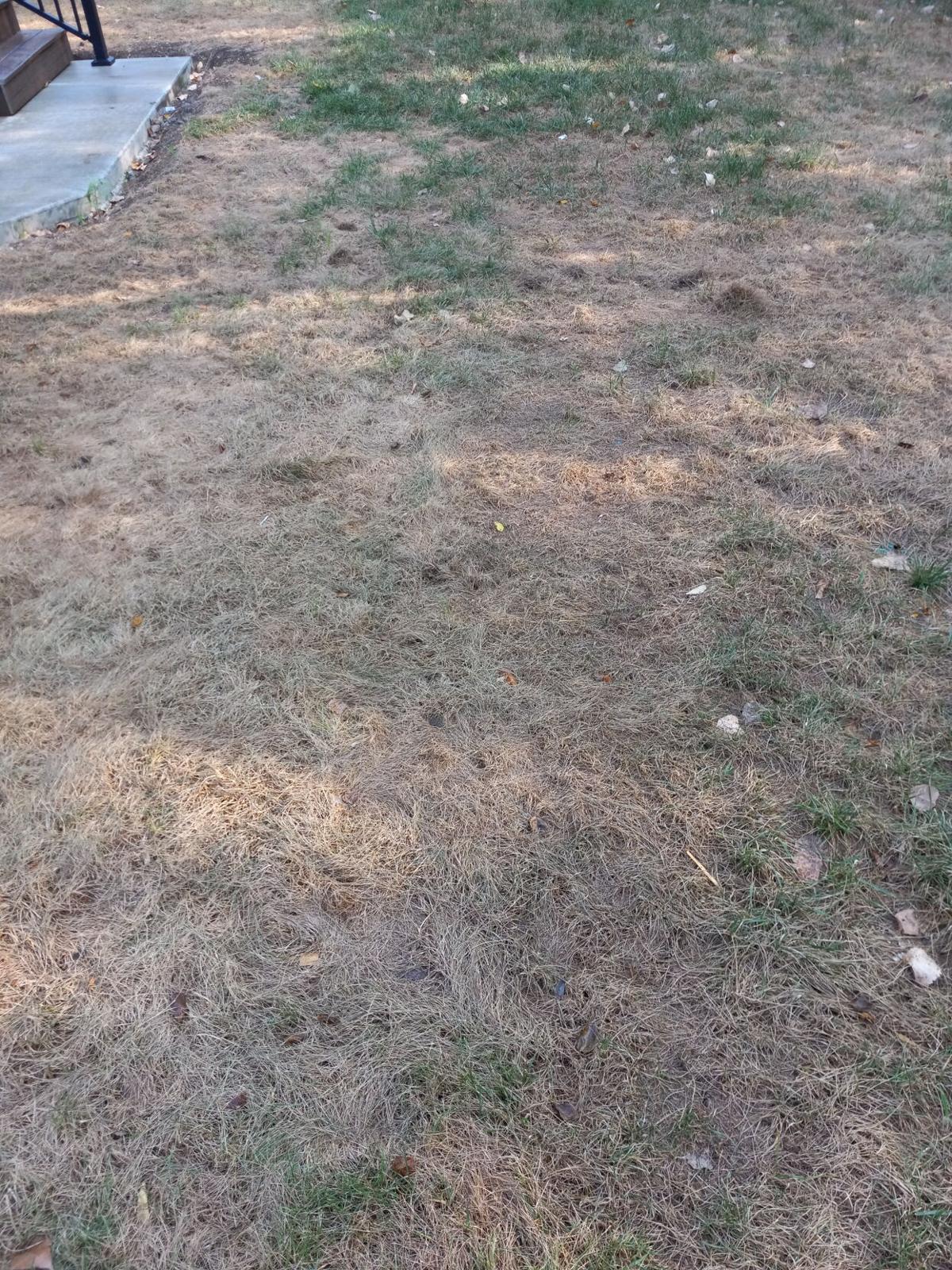 A once-manicured lawn has been destroyed thanks to an armyworm invasion.

At under two-inches long, the armyworm is a destructive pest.

These dead spots show where armyworms have been feeding on grass.

A once-manicured lawn has been destroyed thanks to an armyworm invasion.

An army of invasive pests have invaded yards in Emporia and surrounding areas.

The armyworm gets its name from moving across fields in an army-like way. This little worm has the potential to do a lot of damage — and it is increasing in numbers.

“At this point, I think every lawn in Emporia and surrounding areas has armyworms,” said Mark Morgan, owner of RichMor Lawn Care. “What makes me worried in the next couple weeks is these moths are laying eggs and will start doing a lot of damage very quickly. I don’t think we’re at the end of the tunnel yet.”

The armyworm, at just an inch to an inch and a half long, is a caterpillar that feeds on grass before turning into a moth.

Morgan, a licensed pesticide applicator, has treated at least 100 yards with minor damage and six with severe damage. He started noticing the uptick in the worms about a month ago. He’s treated yards in Emporia, Allen and Council Grove.

“They kill the grass as they go so there’s a slim chance the grass could survive and come back, but a lot of the times they damage the grass so bad it dies out,” he said. “They will also go up into flower beds and whatever vegetation they have. The worms start out in a small area and it will look like drought damage and people are confused about what’s going on with their lawn.”

There is a way for people to know whether or not it’s drought or armyworms.

Morgan said to take about a gallon of water with a spoon of dish soap at the edge of the area being affected- and pour the mixture directly onto the grass. Within a couple of seconds, the worms will float up to the surface. Another give-away is if mowing stirs up the moths.

“In the past I’ve treated lawns and haven’t had issues with armyworms before, not that they haven’t been around, there’s just so many of them right now,” he said.

“This time of year there could be a number of things — grub worms, drought — it’s just something further investigation needs to be done before determining its drought. I’ve seen a lot of people putting water on their lawn and it’s not necessarily a drought. The main thing is that people need to know what is going on and it could potentially kill their lawn. If they notice spots on the lawn, either call a company to spray it, or do it themselves.”

Morgan uses two treatments of insecticide with bifenthrin in 14-day intervals, which stops the spread of the worm. Spraying an insecticide could be a preventative measure to take.

“The discussion is around the United States people haven’t had a lot of issues and all the sudden they flare up,” he said. “It’s one of those things that people should understand before it’s too late.”

Travis Carmichael, horticulture and community development extension agent for Lyon County, said it is hard to determine which type of armyworm is taking over lawns — that the type would need to be determined by the state entomologist — but regardless the life cycle is the same.

“The best way to scout for armyworms is by looking in the thatch layer of your lawn. Generally they will be in the region where green grass transitions to brown,” he said. “Also look for the caterpillars actively feed in the morning. Homeowners can control armyworms with products that contain carbaryl, cyhalothrin, permethrin, Bacillus thuringiensis (Bt.), Spinosad, or dylox.”

Female moths migrate north in the spring from warmer climates such as Texas and the Gulf Coast, reaching Kansas in the late summer, but moths have mysteriously turned up earlier than normal.

There can be up to two to three generations of armyworms, that will feed for about two to three weeks before pupating in the soil.

The worm starts out with a dark head with an inverted y-shape on its head. The moth lays eggs in the grass. There are two types- true and fall armyworms. After about two weeks, moths emerge from the soil and continue laying eggs. This cycle can last until November depending on cold weather patterns, Carmichael said.

“Recently there has been more of a surge in armyworms because they made their way to Kansas much earlier than normal,” he said. “This is allowing them to have more generations than what we normally see. Also, infestations like we are currently seeing is sporadic as well. Weather and natural predators play a big part in whether we will have a huge population of armyworms or not. This year we just had the perfect storm with the right weather and them (armyworms) able to make it to Kansas earlier than the normally do.”

I have been assured, from the usual sources, that Ivermectin is just the ticket for these army worms. After all, worms are worms. [wink] I'd go with the Bacillus thuringiensis (Bt.)

You cheeky monster you.