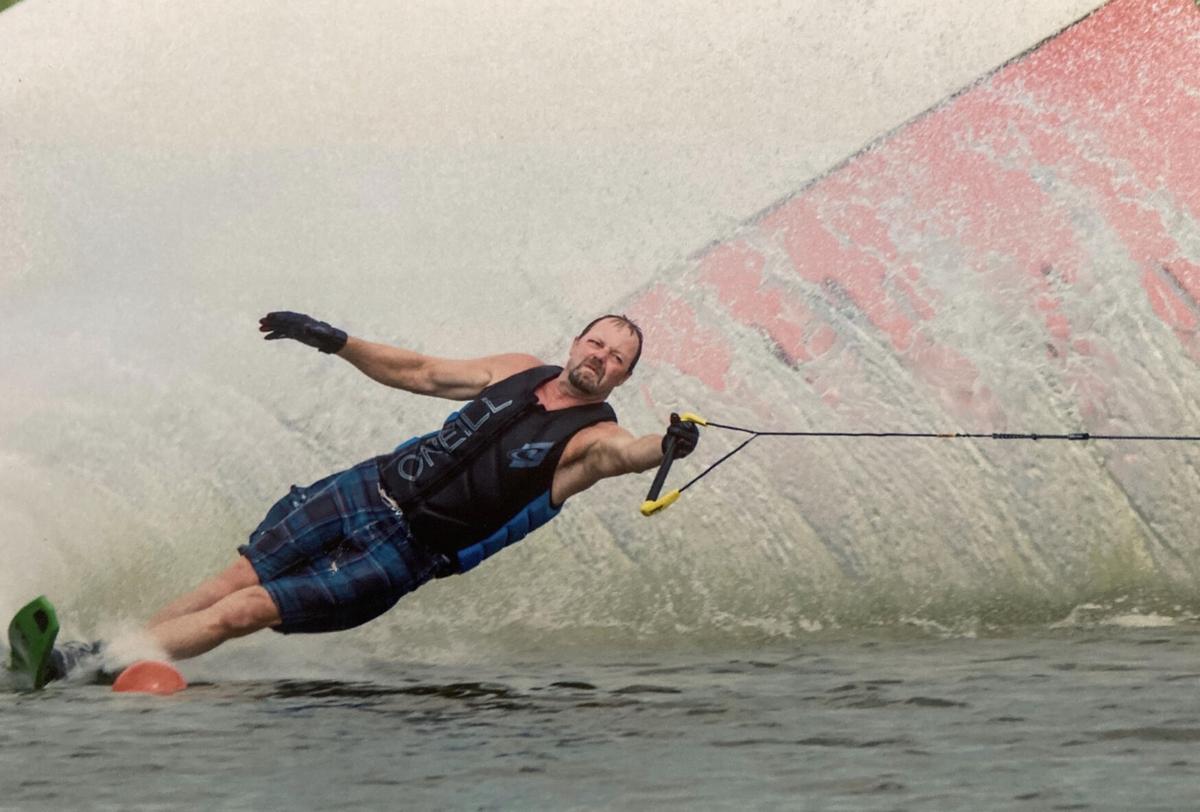 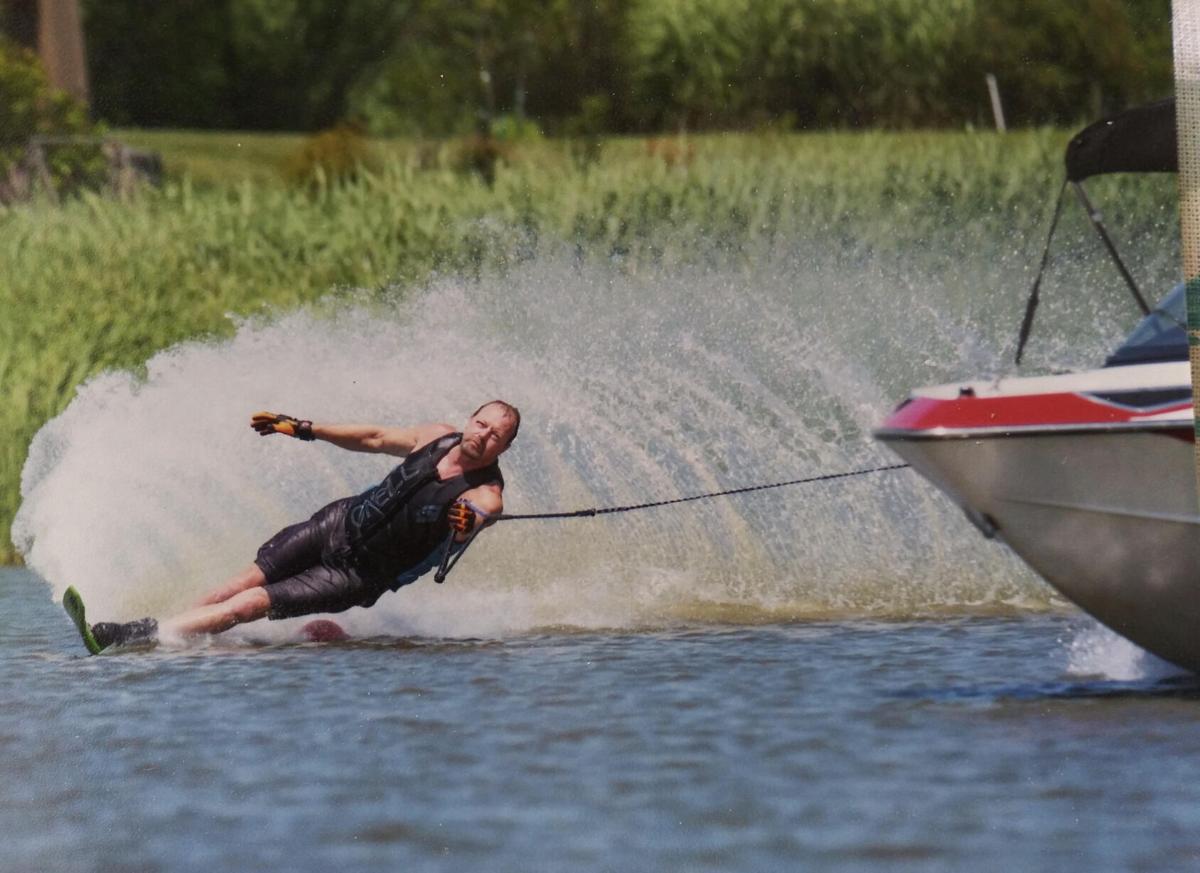 Brown successfully goes around a buoy to score a point. 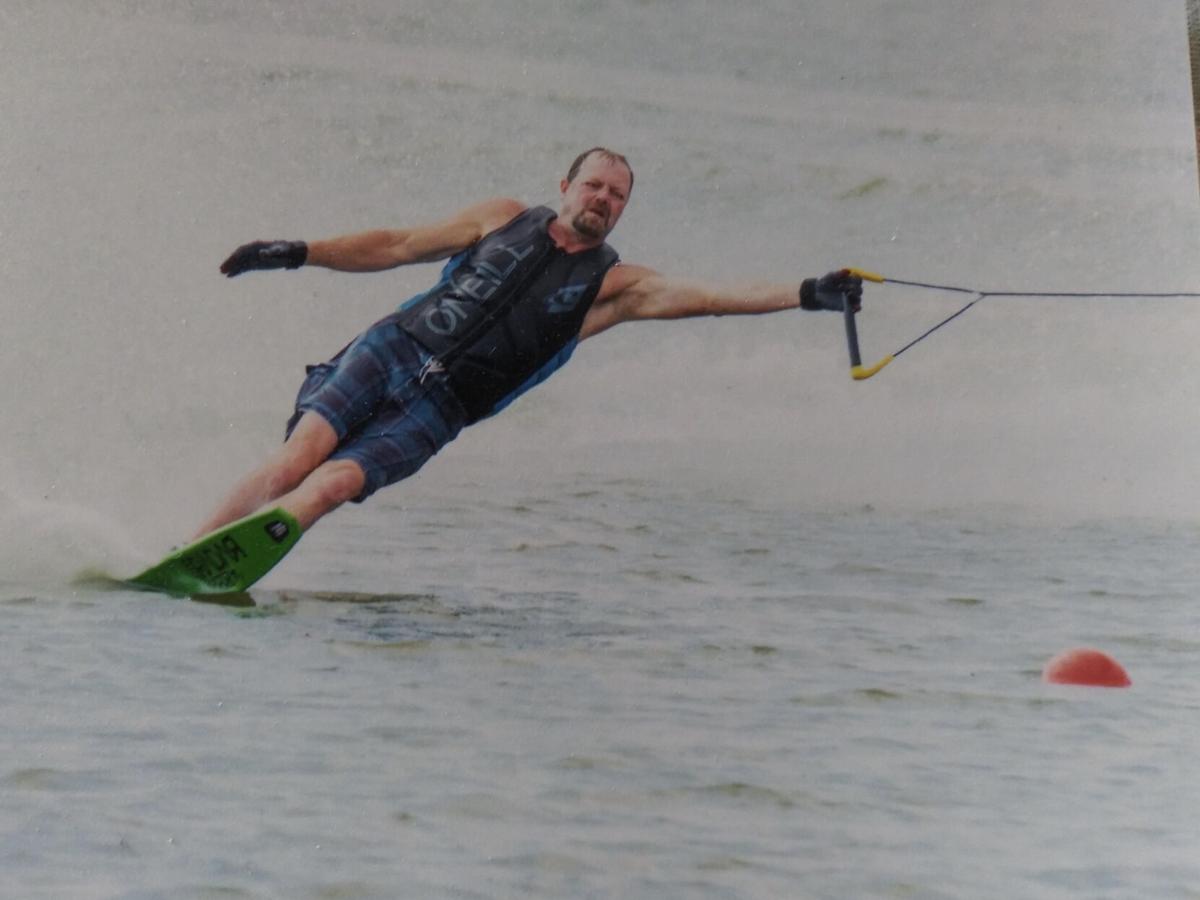 Brown successfully goes around a buoy to score a point.

An Emporia man has been making a splash as a competitive water skier right here in the Midwest.

Shaun Brown, 56, recently made the top 6 at a regional tournament in Center City Minnesota, after placing second in the state competition in Wichita.

Brown now has his eyes set toward placing in nationals, though he will not be participating in the national tournament this year.

Brown’s father started teaching him how to water ski at Lake Kahola when he was only 6 years old.

“We had a cabin out there for years, but that was just recreational skiing,” he said.

After learning that the Council Grove Reservoir had a slalom course, Brown learned how to slalom ski at the age of 9. Ever since, he’s been addicted to the slalom course and has been competitively water skiing for the last 14 years.

The boat just runs straight through the course, but it’s not a straight shot for Brown.

“There’s six buoys, three on each side. We have to go around all of those buoys … if you’re not at full speed, they will increase the boat speed by 2 miles-per-hour and bring you back through the course,” he said.

Brown skis at full speed, which is 34.2 mph, so the entire course from entrance to exit takes about 17 seconds. Once you reach full speed, they start to shorten the rope which increases the difficulty level. The buoys are only 37.5 feet away.

“I go out almost every evening, I’ve got a boat driver and some training partners as well,” Brown said. “We just go out and basically set the rope like we’re going to do a tournament. I run the path, we shorten it.

“Sometimes, we just work on easier paths and work on our form. Just try to perfect our form a little bit and keep getting shorter rope so we can score more points.”

He practices on a private-owned lake near Emporia, but when it’s cold in the Midwest he travels to his private ski lake down south.

In the colder months, Brown travels to Pensacola, Florida a couple of times a year to practice and participate in a few tournaments.

He ran some of his personal bests in Pensacola. “I skied my personal best in Pensacola, Florida last year which was three buoys at 38-feet off the rope, all being a boat speed of 34.2 mph,” he said.

It’s important to practice on a private lake, because you need a controlled environment to set the buoy course and to have no other boats on the lake to cause more waves, he explained.

When he’s not in Pensacola during the winter, he just tries to eat right, stay limber, and exercise a little bit to stay in shape for tournaments.

Brown placed first in the Slalom Competition in the Kansas State Water Ski Championships in Wichita on July 11. His score was two buoys with 35-feet off the rope.

“It all happens so fast, it’s like two seconds from buoy to buoy. So, if you make a mistake next thing you know you missed it or fell off.”

Winning state qualified him to compete at regionals. Regionals were held from July 24-26 in Center City, Minnesota.

“The bigger tournaments are really difficult. It was really nerve racking for us. We only get one try at it. If you fall or miss the buoy, you’re done,” he explained. “Ran my first path it was 28-feet off the rope, ran my second path which was 32-feet off the rope. Then, they shortened it again to 35-feet off and I came around too aggressive, too fast… I couldn’t hang onto the rope.”

However, due to the ongoing novel coronavirus, he chose not to participate in nationals this year.

“It’s a COVID hotspot and there’s just too many people. It’s just north of Baton Rouge, Louisiana and most nationals bring in about 700 people. I’m just not comfortable enough going this year,” he said.

When Brown started competitively skiing 14 years ago, he was ranked in the 500s in the nation. Now, he is currently ranked 52 in the nation. His goals are to make it into the top 20, be able to run a shorter rope and score higher points and to keep competing when he is 80-years old.

“Age is just a number, so as long as I have the ability I will keep skiing,” he said.

“Age is just a number, so as long as I have the ability I will keep skiing."