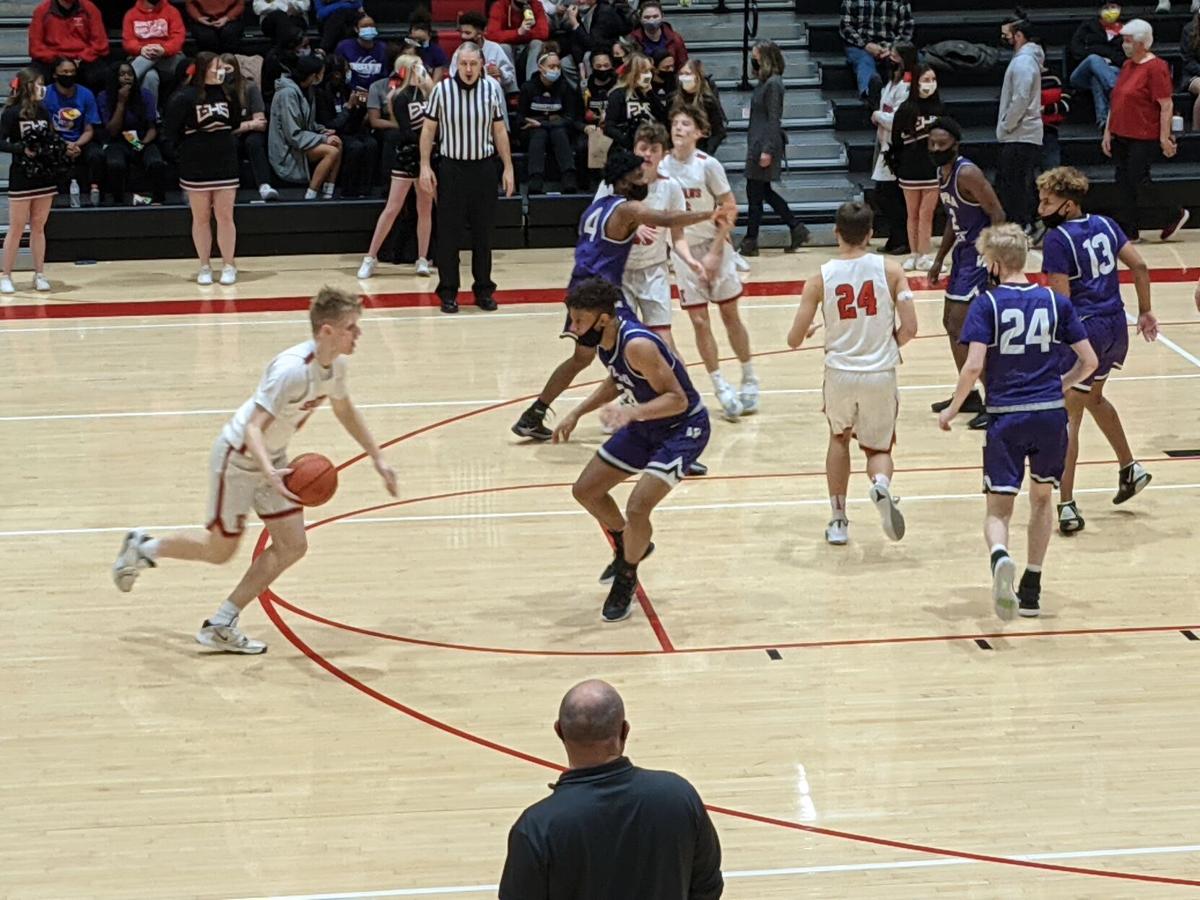 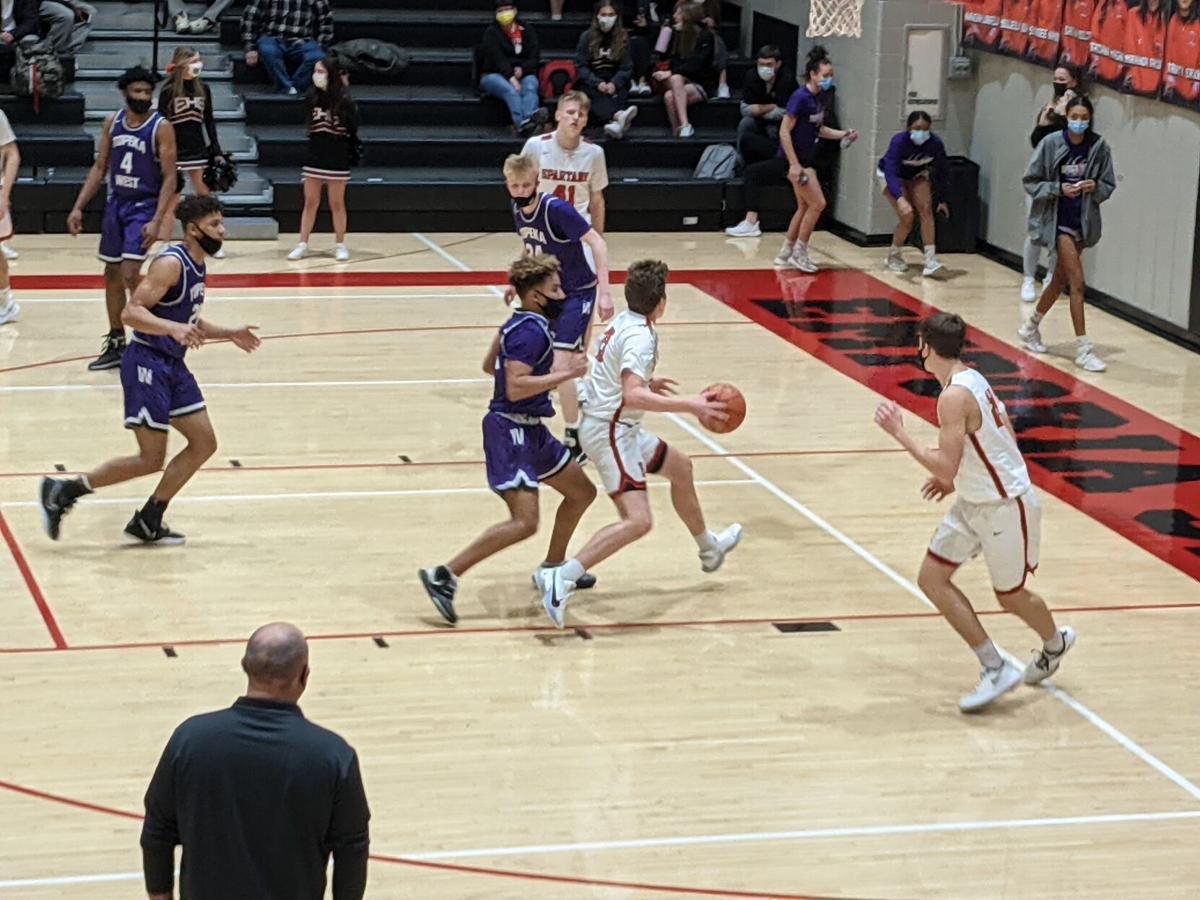 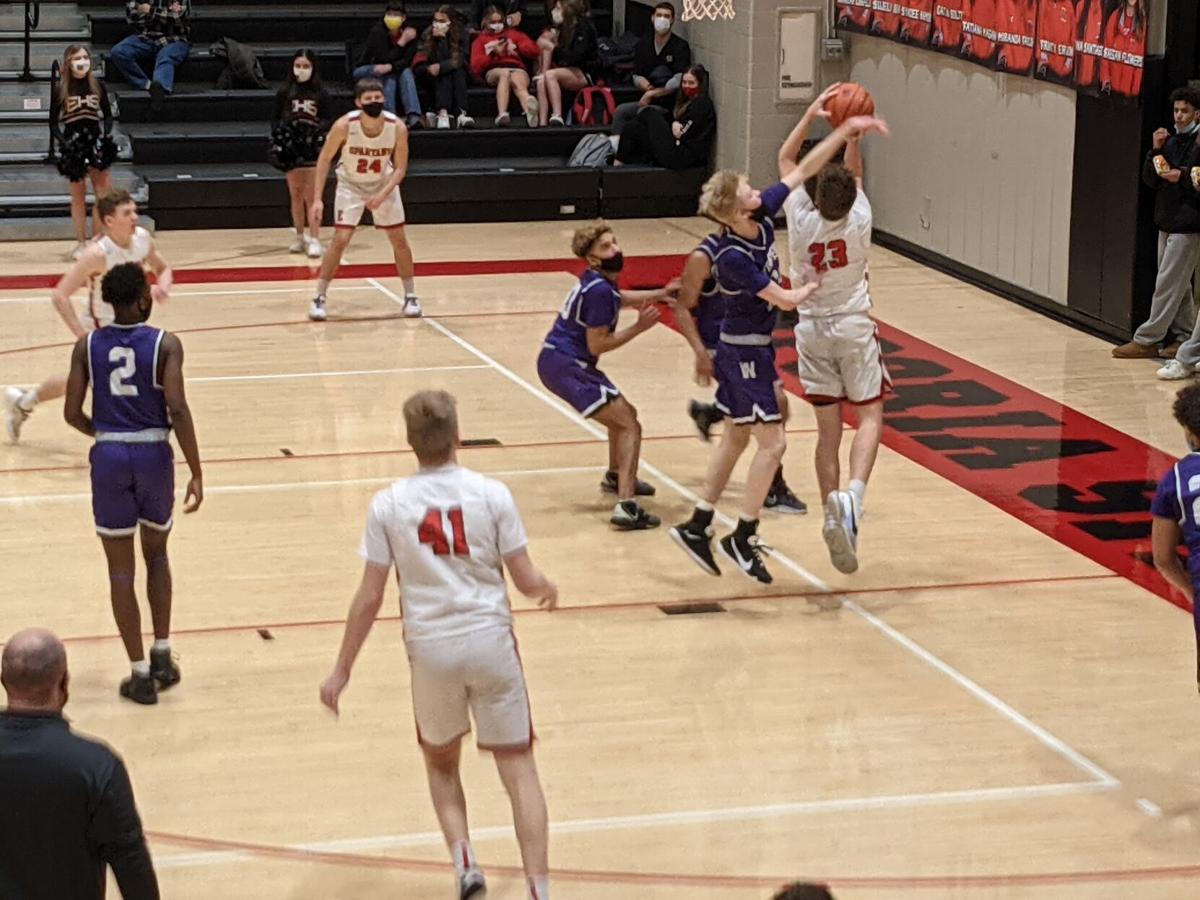 Despite a remarkable second-half turnaround, the Emporia boys were unable to overcome a lackluster first half, falling to Topeka West 60-46 at home Friday night.

Spartan head coach Beau Welch said that his team was knocked on its heels by the way Topeka West played defensively in the first half.

“Their pressure affected us,” Welch said. “We really struggled to score around the rim in the first half. At halftime, we looked, we were shooting like 26% in the paint and they were shooting 77% at the half. When we did get looks, we weren’t able to convert or they got blocked. I thought the physicality and the pressure aspect in the first half was the main difference.”

The Charger defense forced Spartan turnovers on three of Emporia’s first four possessions of the game and raced out to a 13-2 lead midway through the first quarter. That advantage was stretched to 20-2 before the Spartans drew within 22-7 by the period’s end.

Things hardly improved for the Spartans in the second period, as Topeka West pulled out to a 38-15 halftime lead.

The Chargers scored the first four points of the second half to stretch their lead out to 27 and it appeared as though the Spartans would step aside quietly.

However, Emporia ended the third quarter on a 7-0 run to make the score 49-34 headed to the fourth.

The Spartans drew within 13 at 49-36 before the Chargers went on an 8-2 spree to cement the lead and, ultimately, the victory.

However, Emporia shot 60% in the second half after managing just 27% in the first and outscored Topeka West 31-22 in the final 16 minutes.

Welch said he was proud of his players for the way they came out to compete in the second half, even though they had been punched in the mouth early.

“We’ve got high-quality guys and there’s nothing that needs to be said more [about] the character of the group we’ve got and the seven seniors that lead us,” he said. “[They’re] all high character, all great teammates. It doesn’t matter the situation, they are going to come out and give it whatever they got and I never have to worry about that. Every day they show up, give you what they’ve got, and you’re happy with their effort every day.”

Charles Snyder led the Spartans with 13, while Parker Leeds added 11 and Chance Gilpin chipped in with nine.

At the 5:38 mark of the third quarter, Snyder scored the 1,000th point in his career as a Spartan.

“He’s definitely a scorer and he’s been a joy to coach,” Welch said of Snyder. “He’s a good teammate as well. That’s probably the most important thing.”