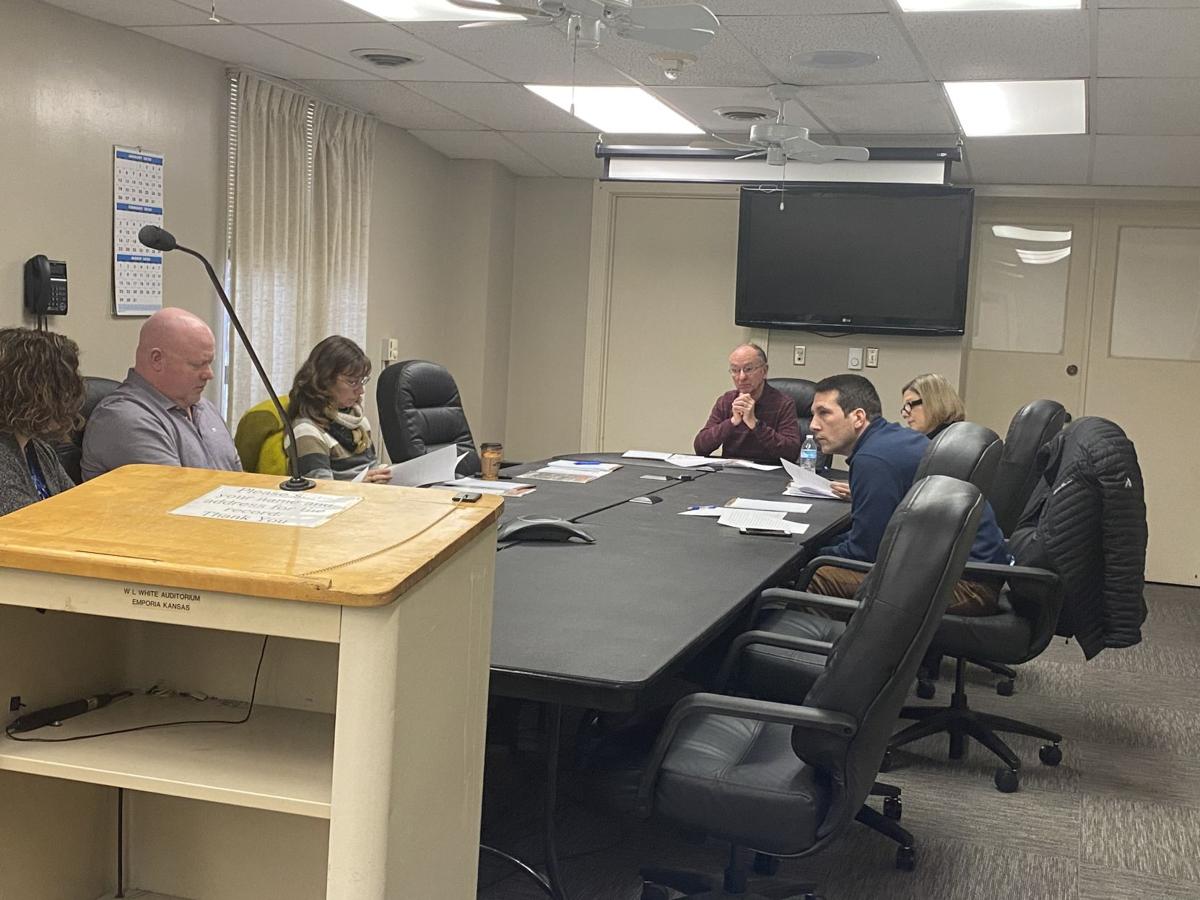 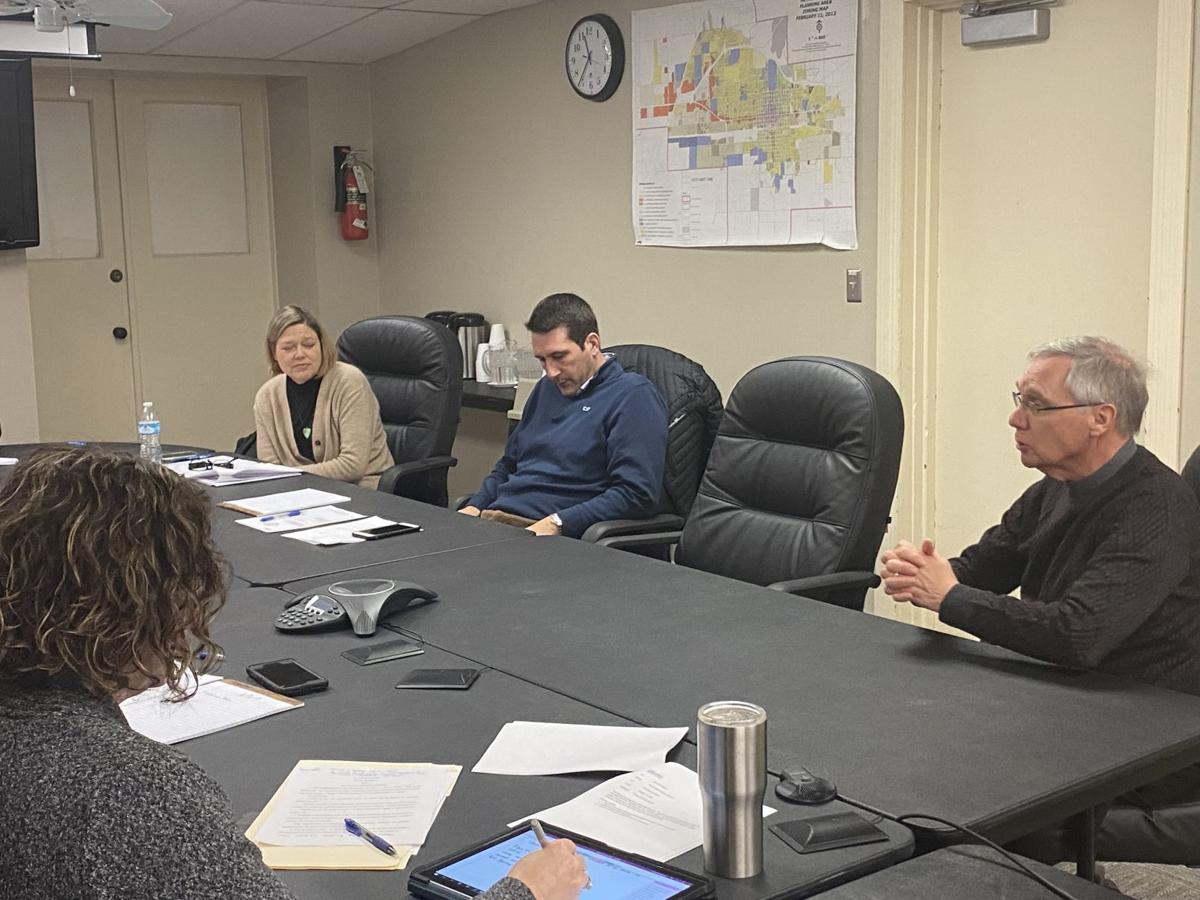 Emporia City Commissioners reviewed a preliminary agreement to provide $20,000 in funding to Ignite Emporia during a study session Wednesday morning.

Ignite Emporia is a five-year strategic plan being spearheaded by the Emporia Area Chamber of Commerce with goals to grow and retain jobs, expand businesses and industries and bring in more affordable housing. The initiative works by driving partnerships with local schools, businesses, manufacturers and more.

Chamber President Jeanine McKenna approached commissioners in July with a request for $150,000 in funding over five years. At that time, commissioners were uneasy about funding a five-year commitment, but have continued discussions over possible funding options over the last several months.

The city seemed poised to approve a portion of funding during a Jan. 8 action session before Commissioner Becky Smith requested a motion to provide funding be tabled until a formal agreement was in place. Smith said she would feel more comfortable having a formal outline of where — and how — the money would be used for the project.

City Attorney Christina Montgomery said the draft was standard to other agreements currently in place with other organizations, and would require that the city’s contribution be used only to support the plan of work as described in Ignite Emporia’s mission statement.

“Money would not be permitted for use for employee salary and operating expenses,” she said.

The agreement would also require an annual accounting report be submitted to the city. The agreement also does not prohibit the city from extending more funding in the future.

The Lyon County Commission has already committed to a $150,000 five-year funding plan with Ignite Emporia.

Commissioner Jon Geitz said he would caution against any language stating the city would “match” the county when it came to funding appropriation requests.

Commissioner Susan Brinkman said she was not opposed to considering a full five-year commitment, given how many businesses have signed onto Ignite Emporia already, but would also be OK with approving a one-time appropriation.

Smith said she was comfortable with starting with a $20,000 commitment and seeing what progress was made in a year.

McKenna was unable to attend Wednesday’s meeting, but told The Gazette that she felt the city’s discussion was a “huge” step forward.

“I think their action today in moving forward is huge,” she said. “It shows their support for economic development in our community, it shows support toward strategies and initiatives that align with their goals and shows our 72 investors that they are partners with us as we move forward.”

McKenna said it was important to have the city’s support and she was looking forward to the city’s vote on Feb. 5.

“I think this is a positive step,” she said.

Vice-Mayor Rob Gilligan, who was recently named as the Director for Ignite Emporia, will not vote on funding for the project.

City Engineer Jim Ubert also discussed the street rehabilitation list for 2020, with an estimated price tag of $910,000. The city had budgeted around $900,000 for street rehab this year.

Commissioners also gave direction for upcoming roof repairs and maintenance at the Emporia Public Library, which may include replacement of the skylight located in the library’s foyer.

The pyramid-shaped skylight was installed more than 40 years ago and has been the cause of some leaking issues. A replacement would have a different design that would require less maintenance overall, while still allowing for the natural light patrons enjoy throughout the day.

Commissioners will next meet at 1:30 p.m. Feb. 5 in the Municipal Courtroom for an action session.

Is this replacing the RDA or are we funding both?

I agree, Snow Gypsey, I presume that now the wonderful RDA, & Chamber will have more time to sit around, do nothing, & look good. Big salary increases will be in order for looking good.

I thought the RDA and the Chamber were performing the function(s) that Ignite Emporia is now being funded to do. Like sand through an hour glass, there goes tax dollars that could be better spent improving the roads and condemning/tearing down some of the dilapidated housing/buildings. When a company/business considers going into an area, they drive around and look at the town to get a feel for it, and they like "incentives" in order to consider relocating which the money could be better spent on also. Oh, well, economics/business isn't something that many understand today.