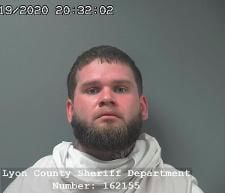 From left: Velazquez, Gonzalez and Walters 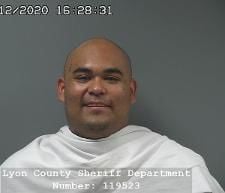 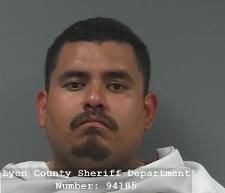 From left: Velazquez, Gonzalez and Walters

A third person was arrested in connection to a June 12 shooting that left a 35-year-old woman wounded.

William Walters, 24, of Emporia was arrested at around 6 p.m. Monday evening.

Edgar Gonzalez, 28, and Hector Velazquez, 30, were previously arrested in connection with the same shooting.

According to Captain David DeVries, the Emporia Police Department responded to Newman Regional Health June 12 after being contacted about a possible gunshot wound.

The woman had been brought to the hospital via private vehicle and emergency transports were not called.

All three suspects are currently being held at the Lyon County Detention Center.

about time they arrested him he's nothing but trouble.

I wonder why the Republican thugs who invaded the Michigan Capitol with swastikas and nooses aren't outside the jailhouse with their nooses here. The Michigan governor was tryhing to safeguard their health or lives. This fellow neither one. Is it because he is white?