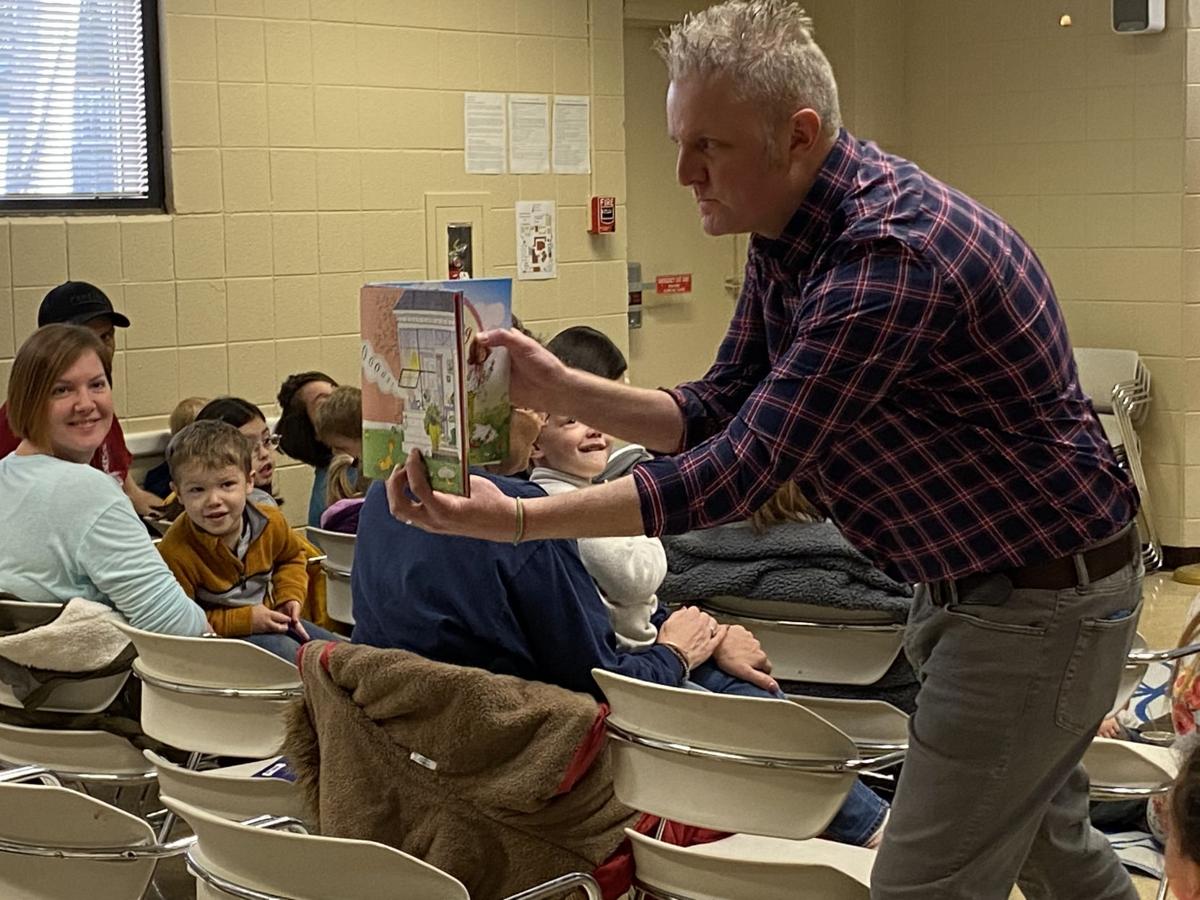 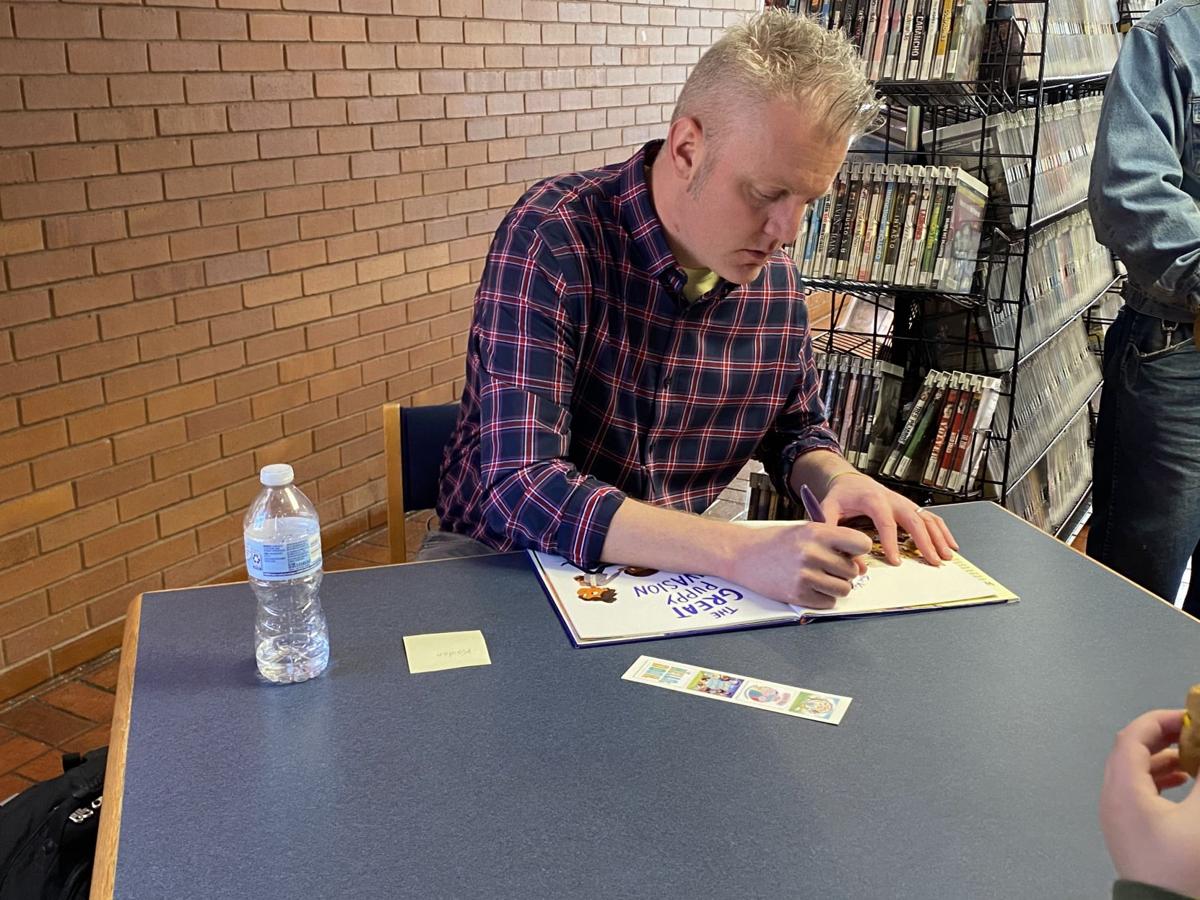 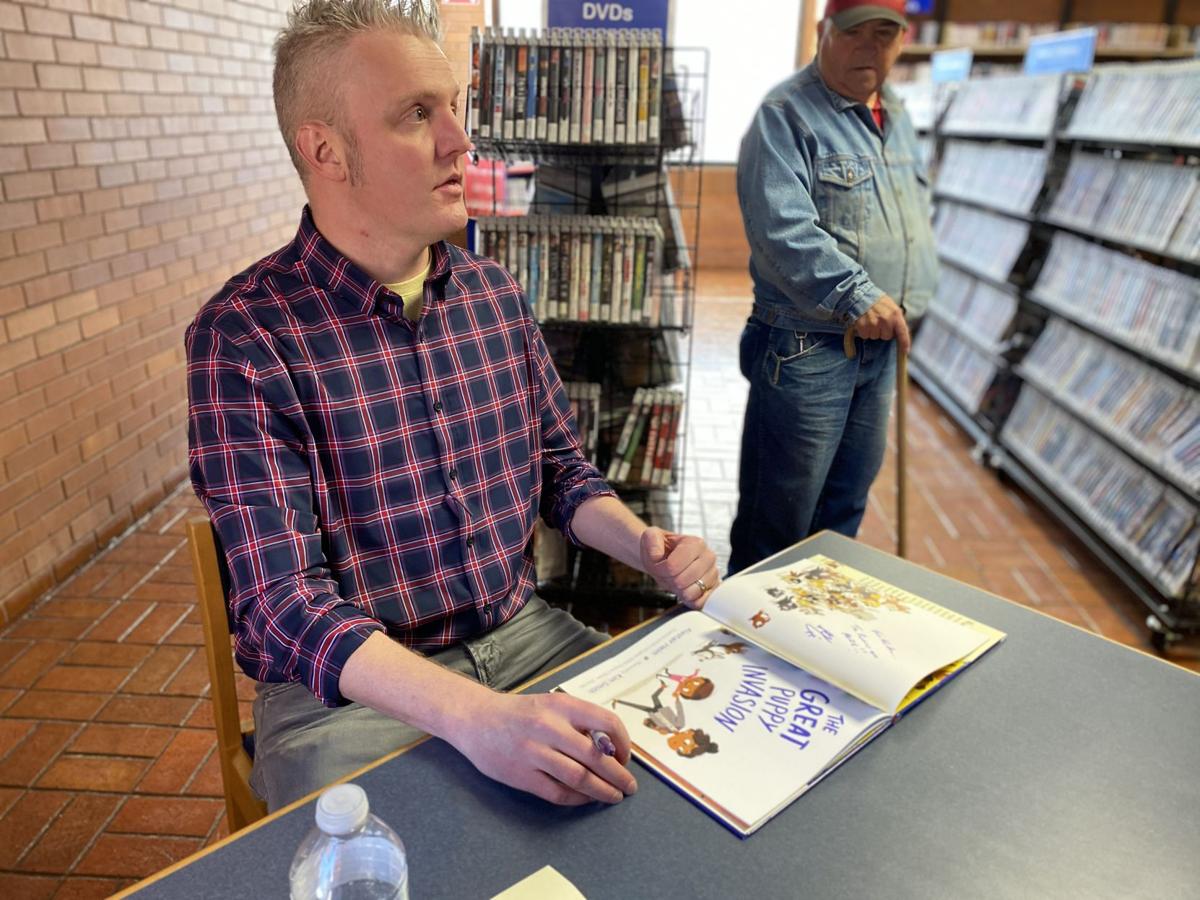 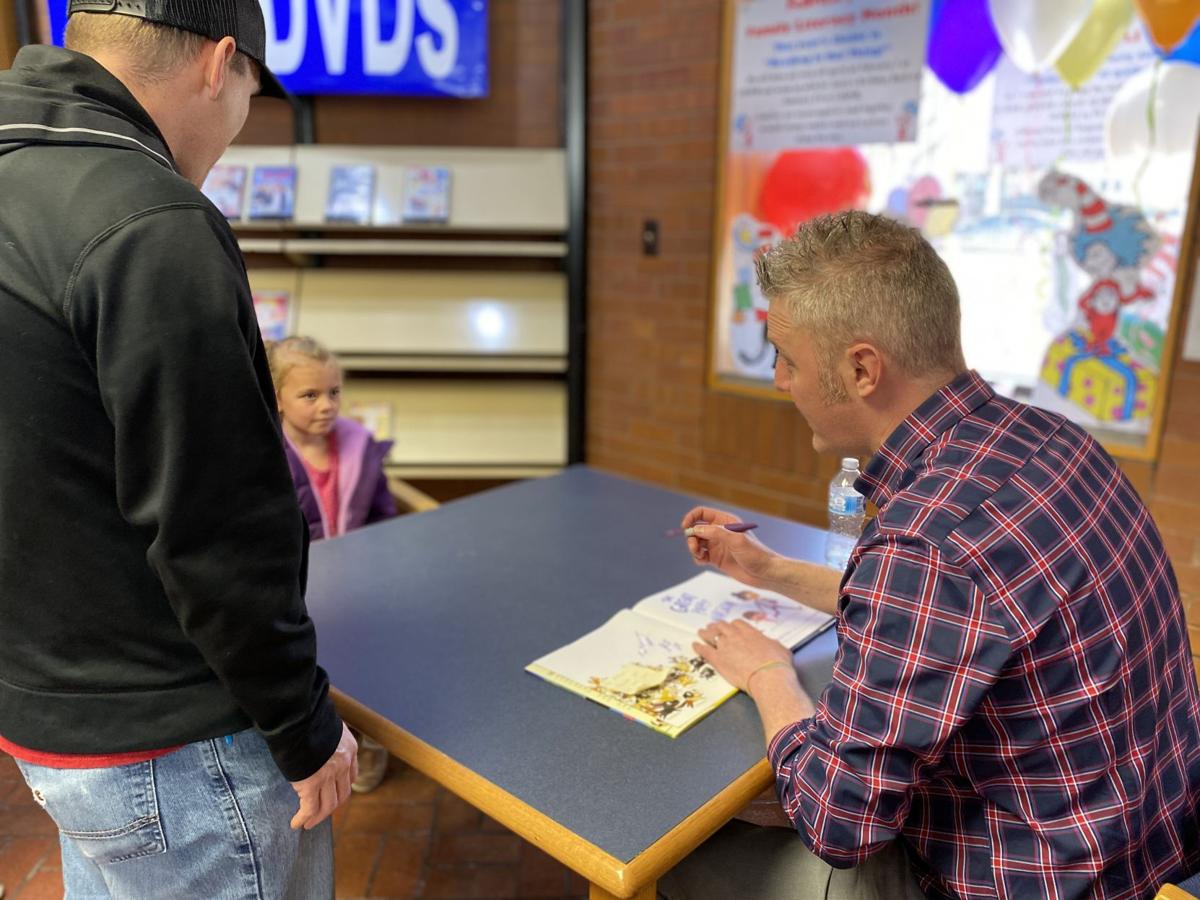 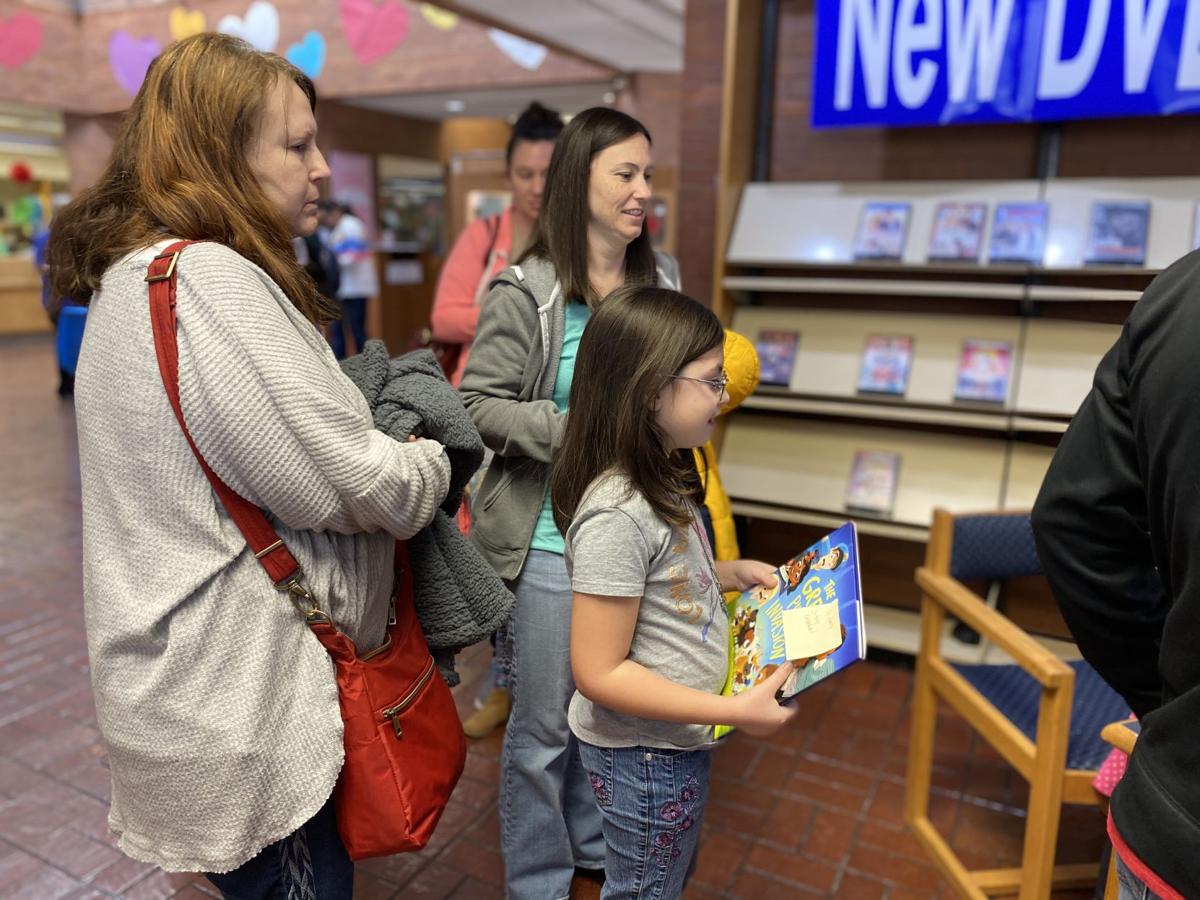 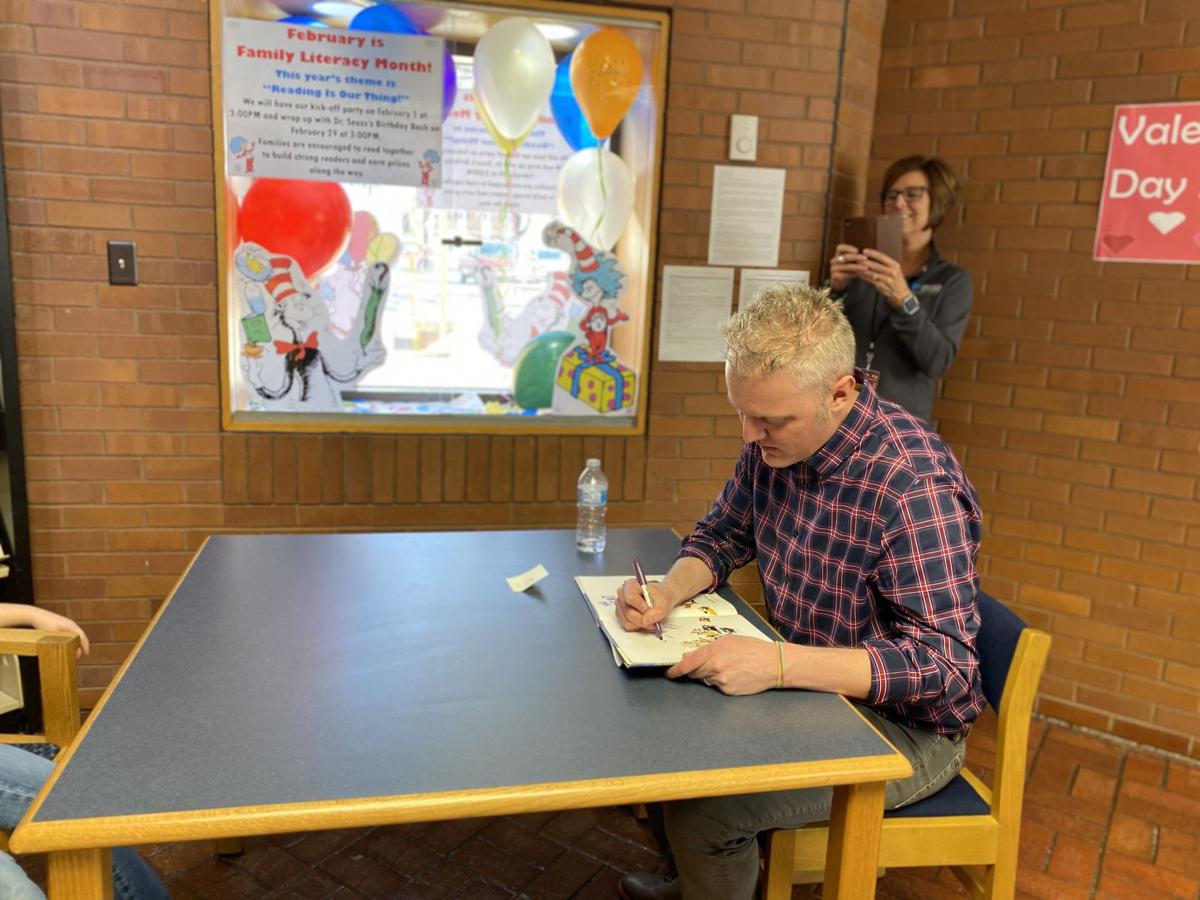 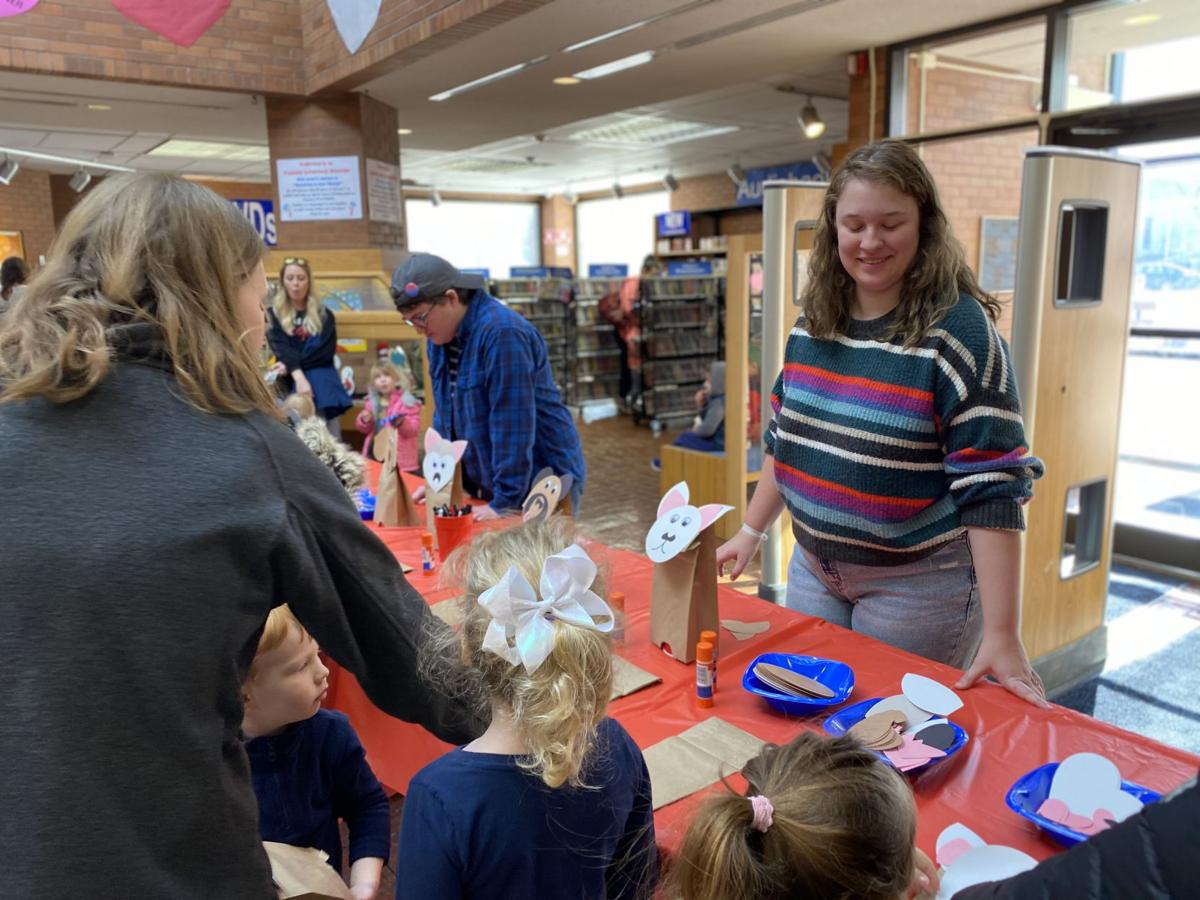 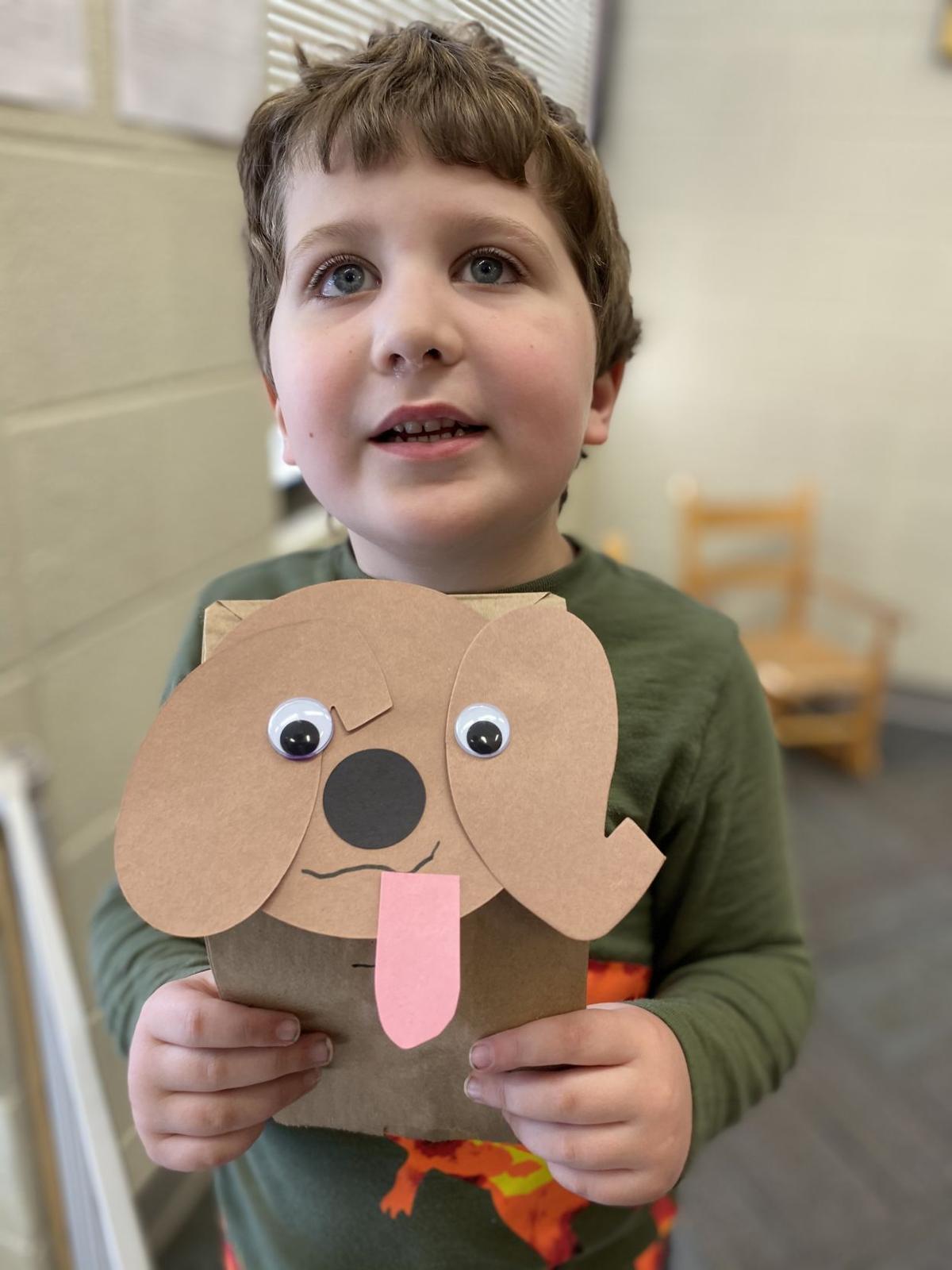 Heim shared the ideas that inspired the stories behind his four published books — each of which he read aloud— while reminding those present that “ideas are everywhere.” It’s a reminder, he said, that he wished he had been given as a budding writer.

“There was really nobody coaching me to be creative when I was a kid,” Heim said. “I was just creative because I liked it and I knew that creative writing kind of came naturally to me.”

Growing up in a small town, Heim said winning poetry contests and other writing awards did not exactly make him one of the “cool kids.” Because he did not have a role model to remind him that it was OK not to conform to what everyone else thought was cool, Heim said he wants to be that role model for kids today.

“I could have benefited even more from someone in the capacity of an adult or another role model to say, ‘What makes you special is your own personal brand of creativity, and if you just stick with that through your formative years, there’s a chance you are gonna come out the other side,’” he said. “My favorite quote of all time, and the reason why I present, is attributed to Pablo Picasso and it says, ‘The creative adult is the child that survived.’ I love that quote more than anything, because I feel like I’m one of those kids.”

Heim, who has daughters going through middle school, said he believed the pressure on children to conform to what is considered “cool” is even greater today. Reaching out to younger children to let them know that individuality and creativity is a good thing is one way he believes he can combat that pressure.

“These kids will ask how I became a picture book author, and it’s really because I stayed creative,” he said. “If I can instill that, even in one kid, and 30 years from now I’m walking down the street or at a library event and someone says, ‘You came to my class and made us promise to be creative and I did,’ that to me is what this is all about. Creativity and love is what makes the world go round.”

Heim’s other big message for the day was perseverance. He said he had written 20 stories before he had his first book, “Love You, Too,” published.

“You don’t just get good at something out of the gate,” he said. “It takes failures, and it takes a lot that people never see. It’s not easy, but it’s definitely worth it.”

The first 50 children at the event were given the choice of one of Heim’s books to take home. Kids even had a chance to have the books autographed.

Eight-year-old Emily Hendry was one of the many children who enjoyed Heim’s message of dreaming big.

“I want to be an engineer,” she said.

Emily’s mom, Amanda Hendry, said she loved what Heim had to say.

“I thought it was a really good message,” she said.

Mobilizing Literacy Liaison Jodi Case said Heim was not only sharing his passion for reading aloud, but he was also giving great tips for educators, care providers and parents.

“We really need to use our voice and engage as much as possible,” she said. “Hearing different voices that your voice can make and having children repeat a word after you and really playing with language that’s in books, it’s helping building language. But best of all, it’s helping build relationships with your children.”

"Creativity and love is what makes the world go round."