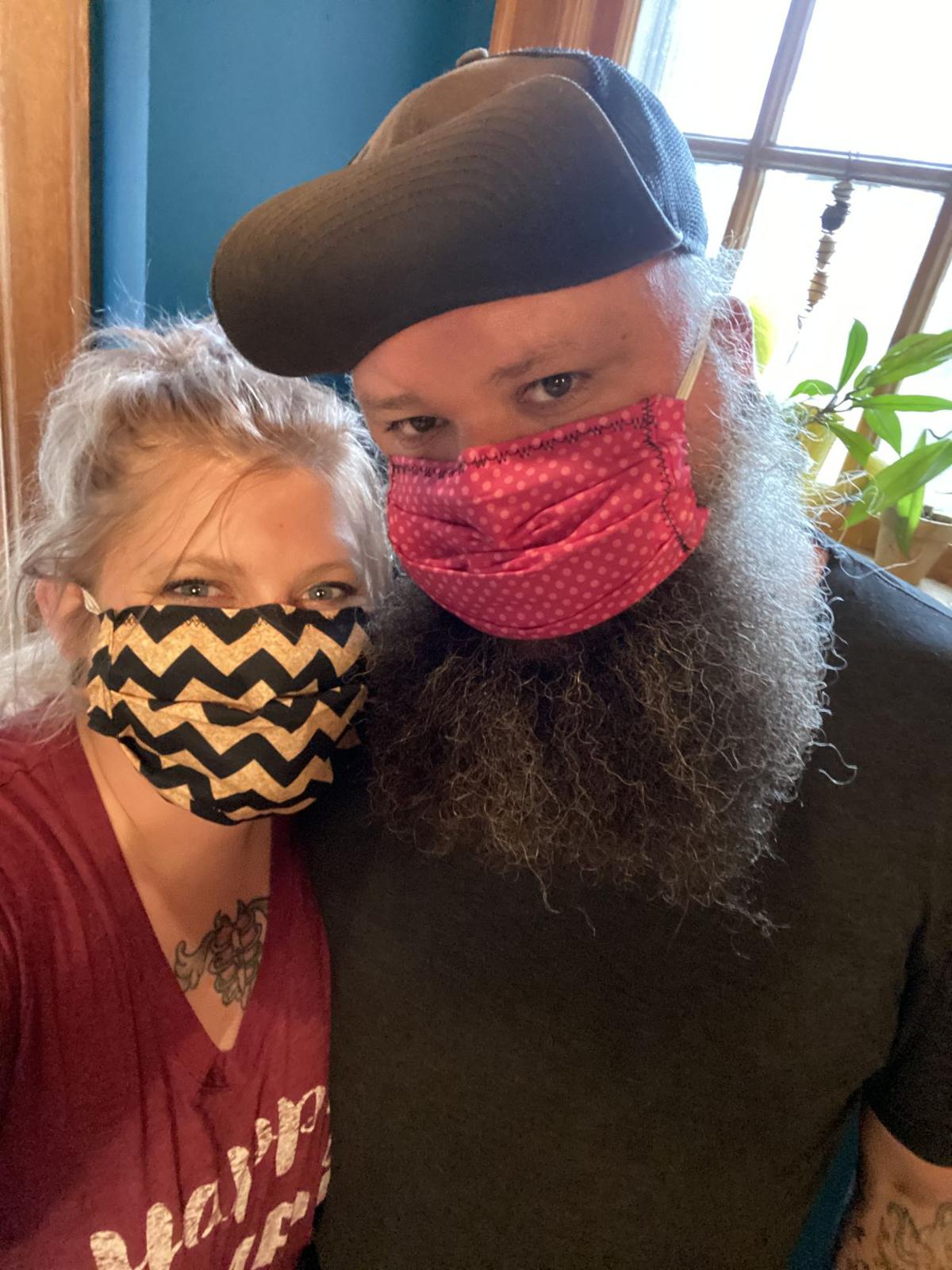 April and John Armstrong, Jr. show off their masks. 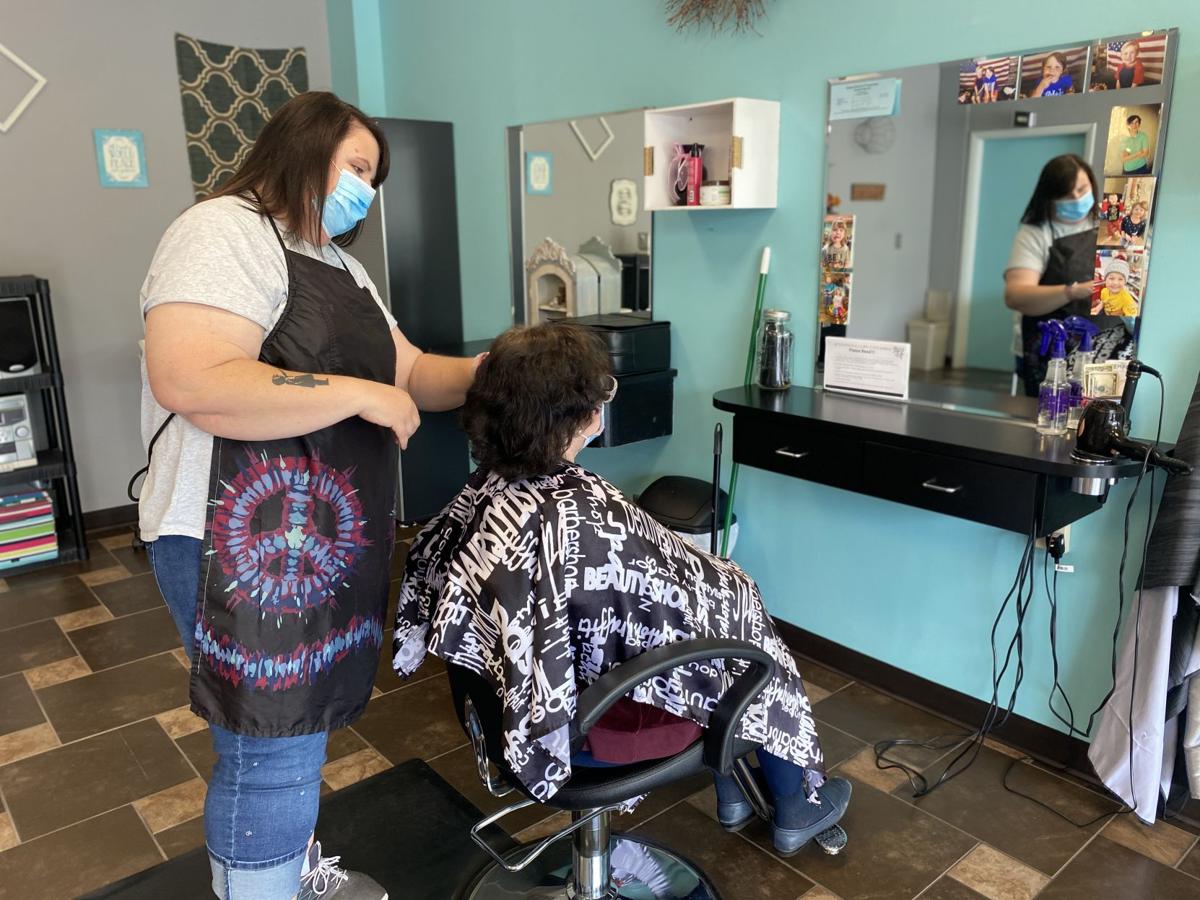 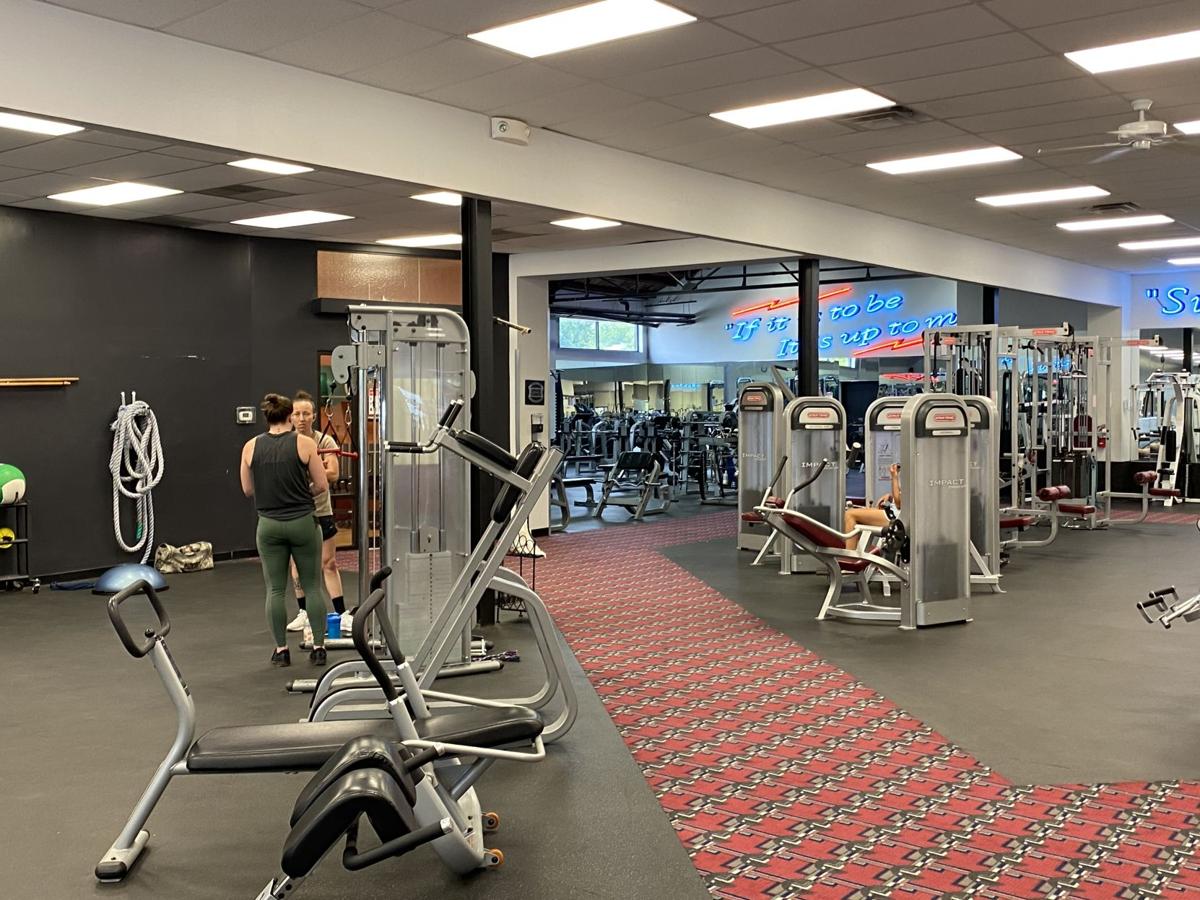 Fitness buffs are making good use of Genesis Health Clubs. 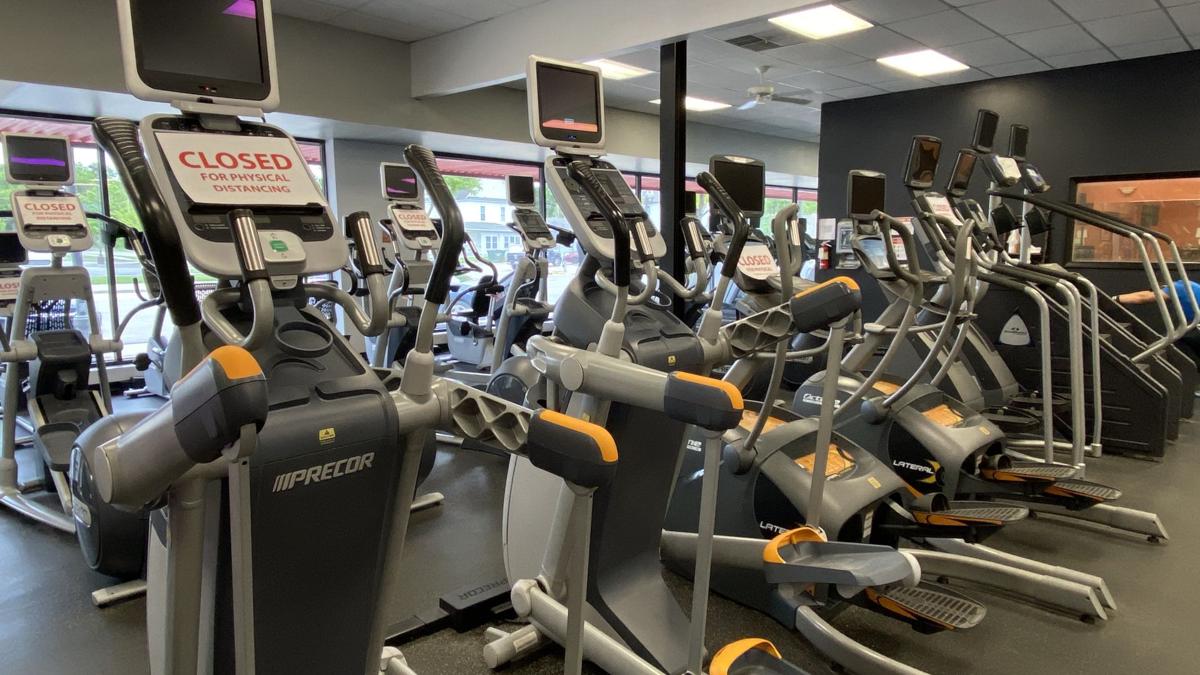 Exercise equipment is closed to allow for social distancing at Genesis Health Clubs. 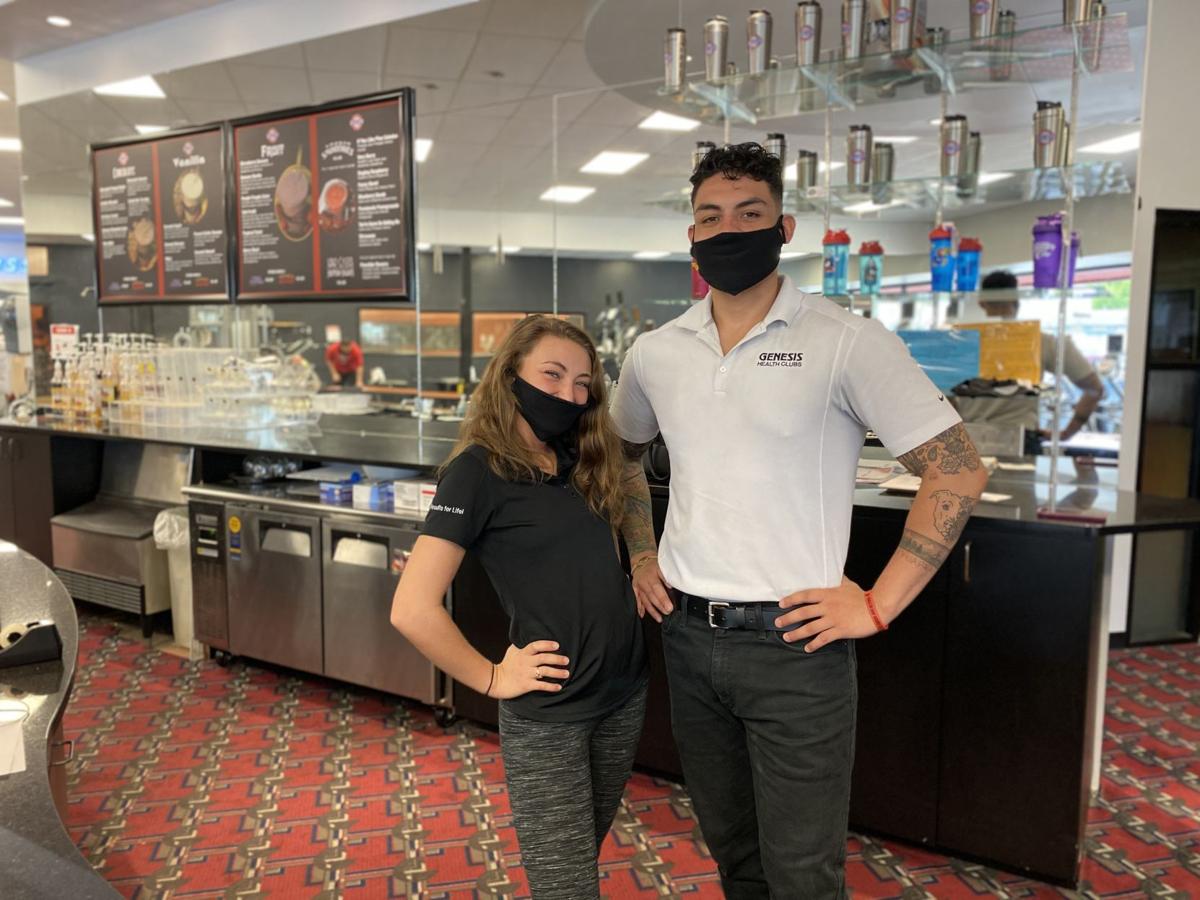 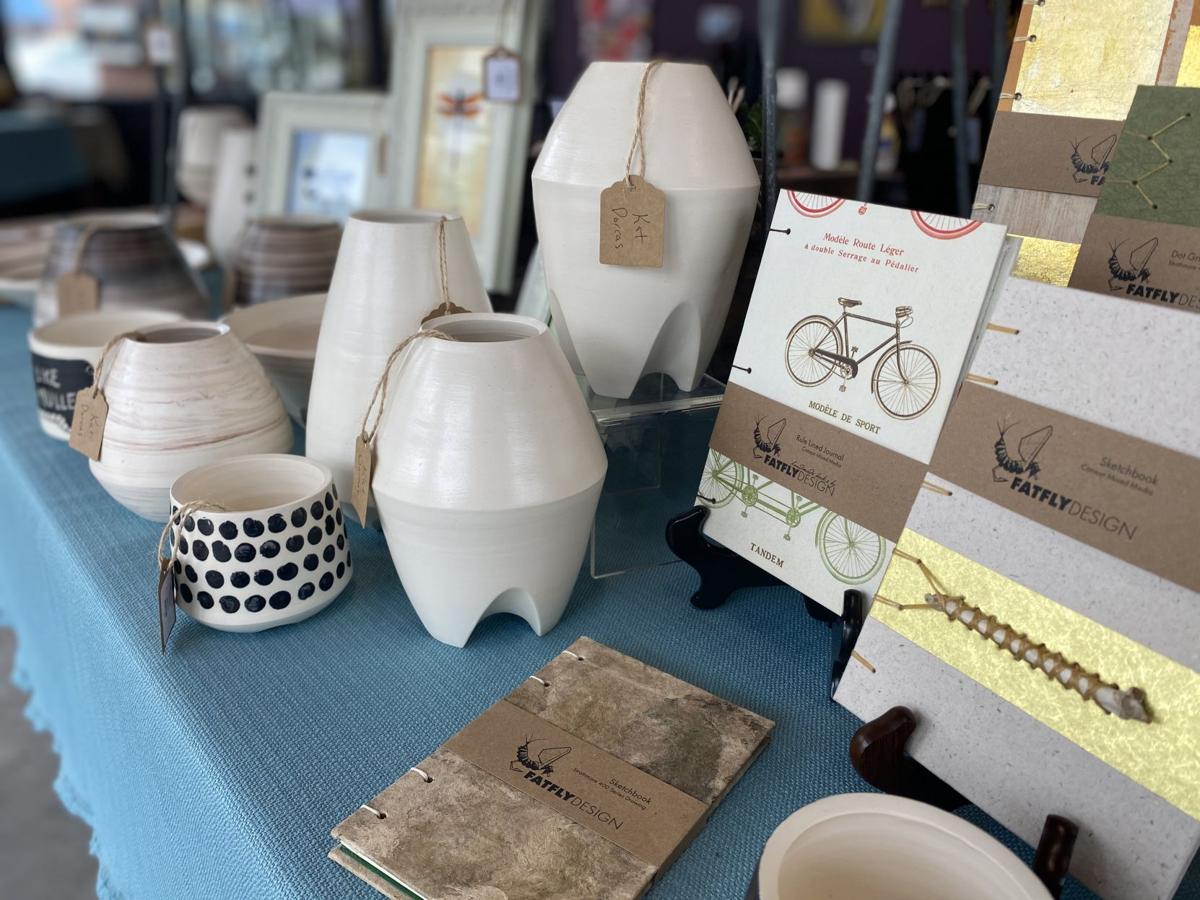 Trox Gallery and Gifts, located at 729 Commercial St., has a number of items to admire. 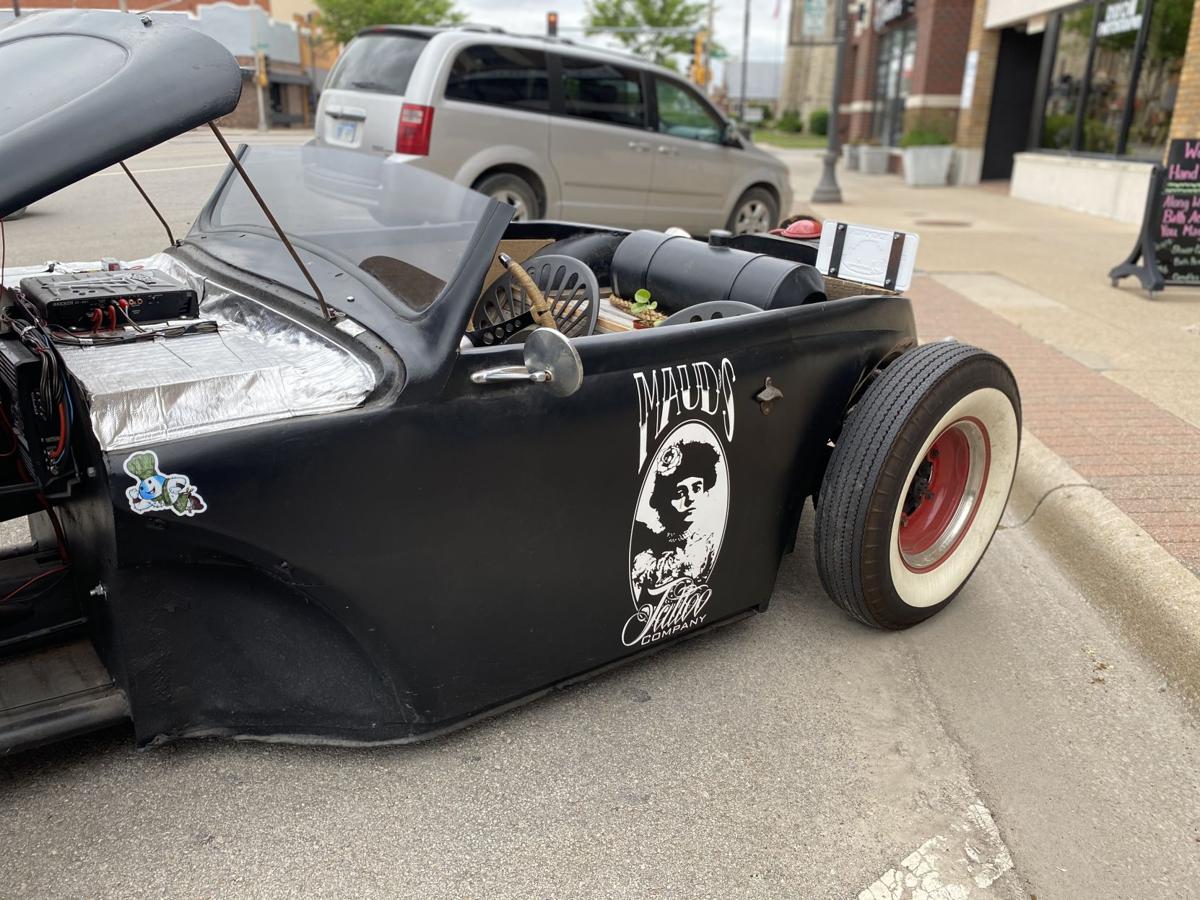 Tattoo Artist John Armstrong, Jr. finished working on this car while Maud’s Tattoo Company was shutdown. Now, he’s happy to be back to work.

April and John Armstrong, Jr. show off their masks.

Fitness buffs are making good use of Genesis Health Clubs.

Exercise equipment is closed to allow for social distancing at Genesis Health Clubs.

Trox Gallery and Gifts, located at 729 Commercial St., has a number of items to admire.

Tattoo Artist John Armstrong, Jr. finished working on this car while Maud’s Tattoo Company was shutdown. Now, he’s happy to be back to work.

Emporia began springing back to life as many businesses were finally able to open their doors to customers.

One of the most sought after services Monday was something many people may have taken for granted before the pandemic: a haircut.

“I had people calling for appointments basically as soon as we could take appointments,” E.Clips Owner Sarah Barnett said. “Before we just did walk-ins. For chemical services, you could do appointments for those since they take so much time, but now since the governor mandated it, we have to do everything by appointment.”

Barnett said she has not minded that change so much, since it gives her an idea of what to expect each day. Her days have been booked solid since Monday, with plenty of time between appointments to sanitize.

“We’ve just been waiving people in when it’s there turn,” Barnett said. “We’ve got these big windows right here, so it’s worked out pretty well.”

There are some services that aren’t being offered right now, she said, like beard trimming and waxing. Other than that, the salon is offering all of its usual services.

Haircuts are not the only thing people were clamoring for this week.

At Genesis Health Clubs and Emporia Fitness, fitness buffs were excited to return to the gym and start back up on their workout routines.

“There’s been a lot of enthusiasm and a bunch of people coming in,” Ed Aguirre, assistant manager at Genesis Health Clubs, said. “They are excited to lift, workout, get their exercise in.”

“There’s a huge difference between home workouts and being able to workout at the gym” he said. “Everyone has been telling us about that.”

Aguirre said Genesis Health Clubs spent some time giving the gym a deep cleaning before opening the doors to the public. Every other machine has been shutdown to allow for social distancing between members during workouts.

Aguirre said health club staff clean the gym every hour. Additionally, members are asked to disinfect equipment they use both before and after workouts.

He said at this time, the gym does not have concrete plans to start group workout classes just yet, but expects those to start up in a couple of weeks.

Regular gym-goers were excited to get back into the swing of things.

“The moment I walked through the door I immediately felt relaxed and motivated to achieve my goal of living a healthier lifestyle,” Melissa Kurtenbach, who works out at Emporia Fitness, said. “Working out focuses my mind and allows the stress of the day to be replaced by determination and strength. Working out not only enhances my physical well-being but also my mental well-being.”

Emporia Fitness is currently running on a reservation-only basis for current members. Kurtenbach said she did not have any issues with the reservation system and it actually helped ease some of her anxiety about going back into the gym.

“I think it’s a great way to take the stress away by ensuring you’re going to get your workout in for the day requested,” she said. “It was a very easy process and I was able to schedule three workouts for the week.”

Members are asked to call the gym during business hours to make reservations to workout. Starting out the week, members could reserve two spots during the week and one spot on the weekend.

“Walk-in spots are always an option as well, just not promised,” the gym said on a Facebook post.

Down on the 700 block of Commercial Street, the familiar buzz of a tattoo gun could be heard at Maud’s Tattoo Company as Tattoo Artist John Armstrong, Jr. worked on a client in the backroom.

April Armstrong said as small business owners, things had been tight over the last seven weeks while the shop had to be closed. The shop had already been running on limited hours before the mandatory shutdown began on March 26 — a call the Armstrongs made to keep both their clients and their family safe.

“Being self-employed, that was tough,” April said, adding that they were still trying to navigate through unemployment and small business assistance. “We did have some savings and a credit card and that’s what we relied on. So, now we’re going to be working to pay that off again.”

The Armstrongs would bring their children down to the shop to hang out during the shutdown, April said, just to try and feel a little more “normal.”

The time off gave them some time to do some projects — like finishing a project car John’s been working on for years. But, both of them were itching to get back to seeing clients and rebooking appointments.

Extra safety precautions are being taken now. The shop — already clean and up to regulations — received a deep clean before the first client walked in the doors. Clients are asked to call when they arrive and cannot bring guests with them to sit during the appointments.

And, sitting time has been shortened for now to help John get back into his groove.

April said, for now, they are focusing on rebooking appointments from March, April and May that had been canceled. She’s hoping they can start booking new appointments during the first part of June.

Just across the street at 729 Commercial St., Trox Gallery and Gifts Owner Kaila Mock was excitedly planning for the second public art show at her gallery.

“The next show that I’m putting up in the gallery is EHS art students,” she said. “Every year they put up a show in their library and this year, they didn’t get to do it.”

Mock said some students reached out to her asking about the possibility of using the gallery space to showcase their art. Mock, an Emporia High School graduate herself, was more than happy to oblige.

“The show will be up for two months, so hopefully as restrictions ease up we will be able to have a closing reception where their families and everyone can come in and have a really fun night for them,” Mock said. “In the meantime, people can come in a few at a time and check out the art that the high school seniors have made this year.”

The show is set to open June 5, during what will be a smaller-scale Emporia First Friday Art Walk. While the details aren’t 100 percent set in stone, Mock said the plan is to have most of the artists set up outside. More information will be available at www.emporiafirstfriday.com and @emporiafirstfriday on Facebook.

Mock made the decision to close on March 18 — just 12 days after she had opened her store. She made a quick leap into online sales, getting her web site set up to showcase artwork, puzzles, jewelry and other items available.

Now, she’s excited to welcome people back into the store so long as they are wearing a mask and respecting social distancing rules.

“I am requesting that people wear a mask and that they keep the handling of items to a minimum, because I do still sell everything online and I do ship things out,” she said. “I would hate to have something be contaminated and then ship it out to someone. I’m just asking that they wear masks, stay away from each other and keep touching to a minimum.”

“I’m just going to ease back into it,” she said. “I still have a lot of work to do with reorganizing the web site and just getting caught up on stuff.”

"There's a huge difference between home workouts and being able to workout at the gym. Everyone has been telling us about that."