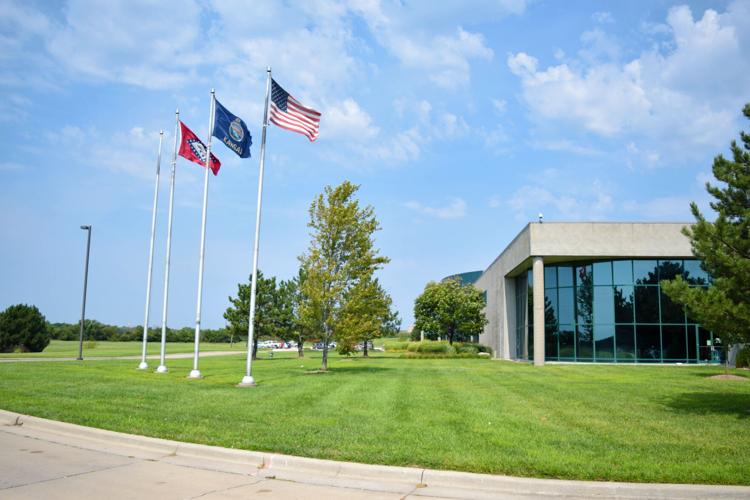 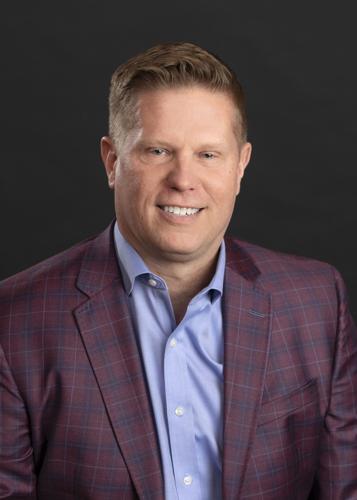 This facility will serve as Simmons Pet Food’s new distribution center in Edgerton. 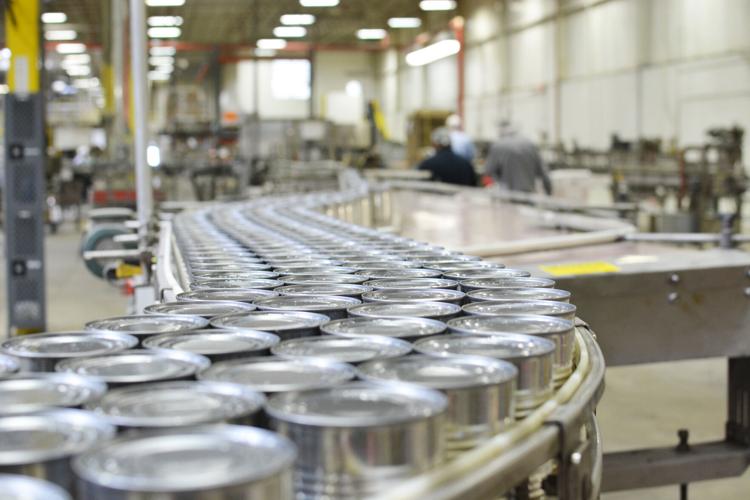 This facility will serve as Simmons Pet Food’s new distribution center in Edgerton.

Simmons Pet Food announced the addition of a fourth high-speed production line in Emporia as part of a $115 million investment on two Kansas facilities Monday afternoon.

“I would say the range is actually $115 - $150 million, because to do this, we’re not only making investments in Emporia, we have some investments in Edgerton as well,” Salmon told The Gazette. “Ultimately, what we’re doing is adding a fourth production line to the plant in Emporia that will add [177 jobs] that will pay between $25-30 an hour. We’re excited about that.”

The new production line is just the latest in a series of expansions and improvements to Emporia’s facility. The company’s Emporia facility has been in operation since 1998, beginning with one line and approximately 250 team members. Simmons opened its $60 million 208,000-square foot Flexible Packaging facility in 2019, which produces pet food in pouches, cups and tubs, in addition to the canned pet food plant. In 2020, another $25 million investment came with the creation of a third canning production line at the main plant.

The combined operation has grown to employ more than 1,500 team members.

“The last three years, or even the last 24 months, has been a bit of a hockey stick,” Salmon told The Gazette. “We’ve been showing pretty steady growth, and now all of a sudden, it’s accelerating.”

The fourth production line will be capable of producing 60,000 pounds per hour and expand the total annual plant’s output to more than 70 million cases by 2024. Salmon said Emporia was picked for the expansion out of three or four other locations, but the city’s reputation for supporting business made it stand out again and again.

Salmon said Simmons has a “great partnership” with the city of Emporia and the Regional Development Association of East Central Kansas. It also has a strong partnership with Flint Hills Technical College, enabling them to target graduates who want to be part of the company’s leadership and help grow the business.

“We made a significant investment in our hourly wages last June and we just announced another significant investment in our wages which takes place at the end of July,” he said. “We also announced to our hourly employees a $400 ‘back to school’ bonus. That doesn’t have anything to do with our expansion, but the point is, you can spend all the money you want to grow your business, but if you don’t have great people and a partnership throughout the community, you’re never going to have a lot of success.”

Mayor Becky Smith said the investment is an exciting development for the city of Emporia.

“We are excited that Simmons Pet Food has chosen once again to invest in the community of Emporia,” she said in a written release. “Simmons Pet Food is a leader in showing how a company can balance profits and the wellbeing of their team members. The pet food industry is growing, and Simmons is clearly a company that is leading the industry. This latest expansion will be another shining example of how private industry, a city entity, and the citizens of Emporia can pull together to make our community the best it can be.”

“The addition of this fourth production line is an outstanding testament to the company’s commitment to its team members, its customers and to the region,” Scott said. “All parties involved, from the local, regional and state level, stand out as excellent partners when businesses consider investments like this one by Simmons.”

Salmon said some of the construction at Emporia will begin at the end of 2022, which the expansion coming in different stages.

“Some of it will be finished by the middle of next year, but it will be completed in totality at the end of 2023,” he said. “There’s an immediate need for capacity, but we have also done the due diligence over the past six months to a year. ... We’ve been talking to and engaging local leaders, we’ve already been talking with our suppliers — the people who make equipment for us. On the one hand, I’d say it’s a quick turnaround, and on the other hand, it’s not going to be complete for another 18 months.”

Salmon said Edgerton’s facility will start receiving products in the fourth quarter of 2022. That project includes investment into packaging automation and a new distribution hub designed to “better meet the growing demand for multi- and variety-packed pet food products.”

“We are thrilled to establish a 750,000 square foot distribution hub in nearby Edgerton, Kansas,” said Chad Morris, executive vice president of Purchasing, Supply Chain and Transportation at Simmons. “Edgerton is an ideal location for new warehouse capacity and automated packaging operations to streamline the distribution of product to our customers throughout the U.S.”

Gov. Laura Kelly said the expansion shows that Kansas is committed to growing business. She announced last week that Panasonic will build a $4 billion plant to make batteries for electric vehicles on the site of a former ammunition plant in De Soto.

“Simmons’ decision to expand their already significant operations and hire 177 more Kansas workers is good for Emporia, Edgerton, and the entire state,” Kelly said. “More and more businesses are choosing to grow here in Kansas — showing that our work to make Kansas the most pro-business state in the country is paying off.”

“Private sector investment and job growth have been at the forefront of Governor Kelly’s economic development strategy since day one,” added Lt. Governor and Commerce Secretary David Toland. “The state will continue finding ways to encourage great companies like Simmons, to expand and hire even more Kansans to contribute to our tremendous economic growth and success.”

"We've been showing pretty steady growth, and now all of a sudden, it's accelerating."

Well im sure your governor stepped right infront to take the credit for the work of the local leadership team!!!!!!

My, we certainly love our Furry Friends. Also, should things go REALLY bad, with minor alterations, we can convert these giant facilities into Nutrition Sustainability Hubs to produce basic, survivable sustenance. But, what could go that wrong? The future could be exciting, with daily Climate Collapse updates. I'll be happy just to make it thru August. We are still looking for enough responsible leaders to turn this around. For now though, "Fluffy" needs his grub and Mama needs a job. Governor Kelly seems to be producing for Kansas.