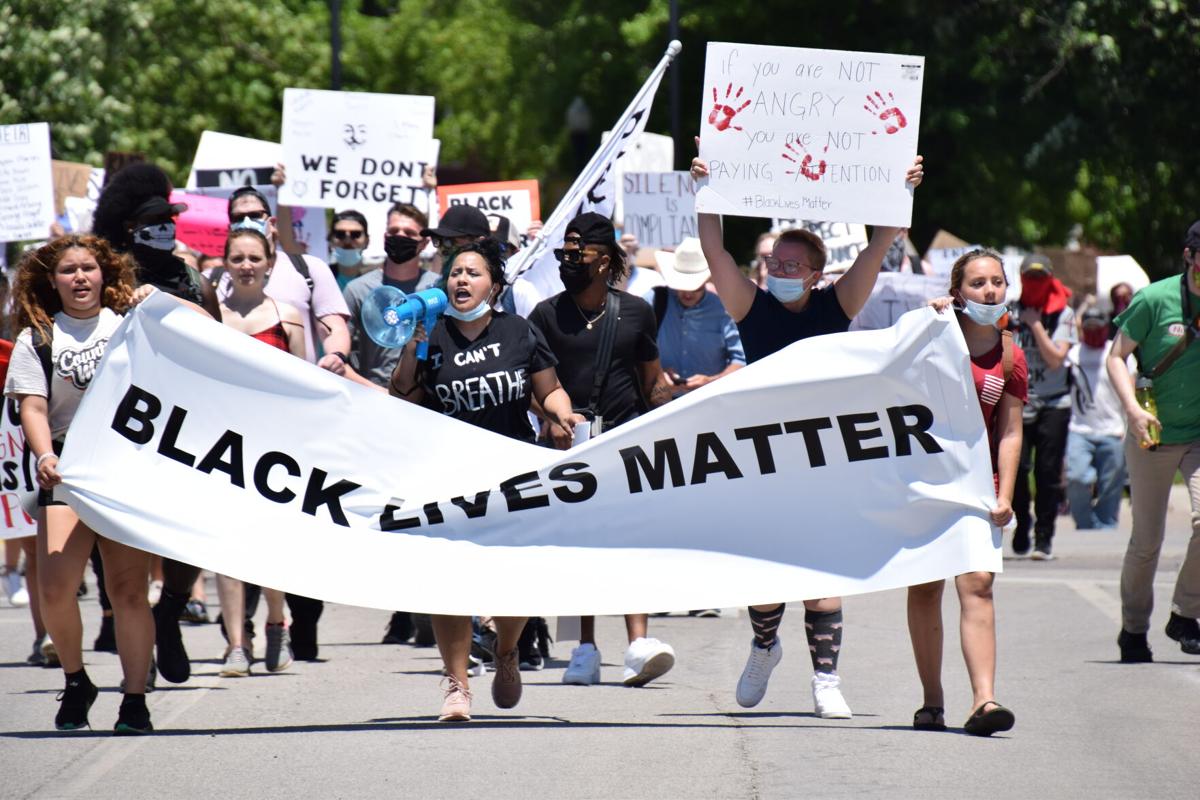 Emporians walk in a march for racial equality and justice Friday. 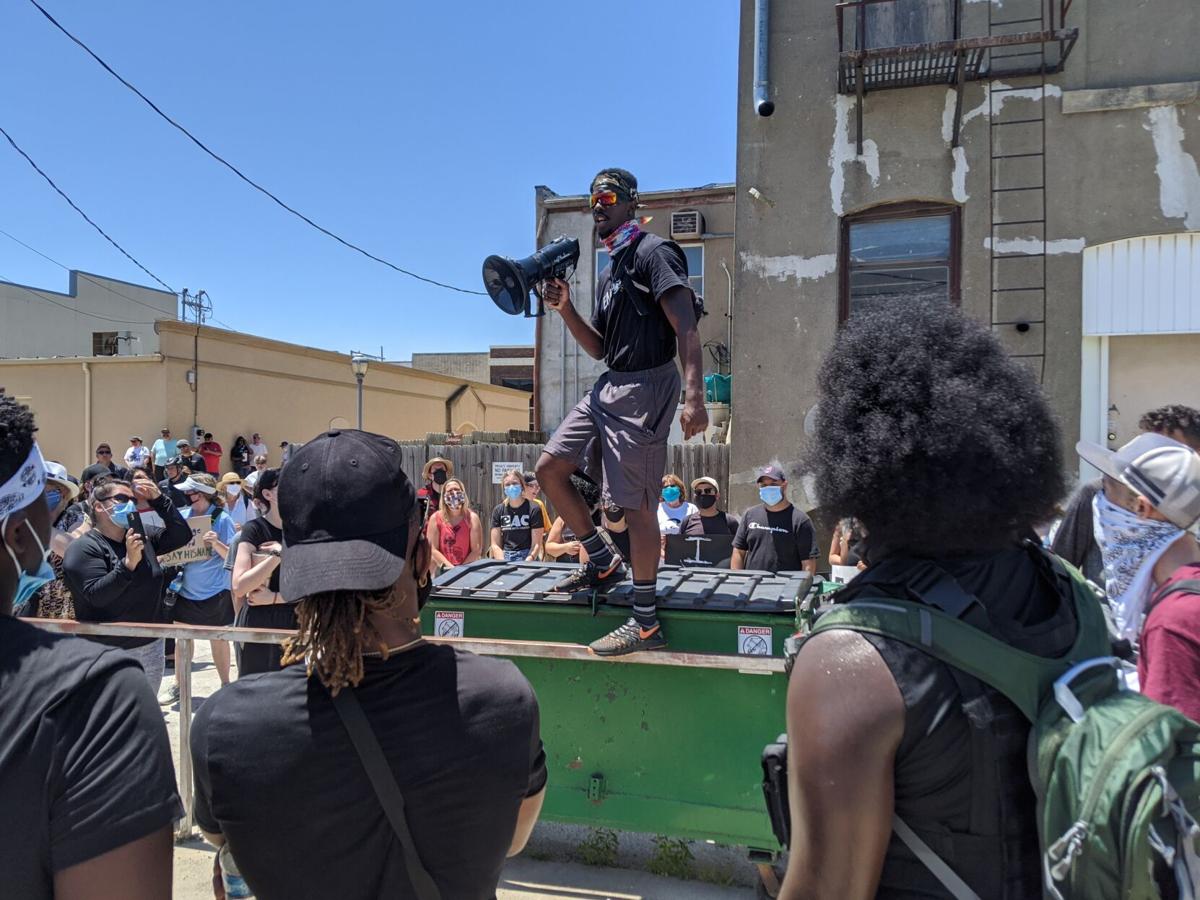 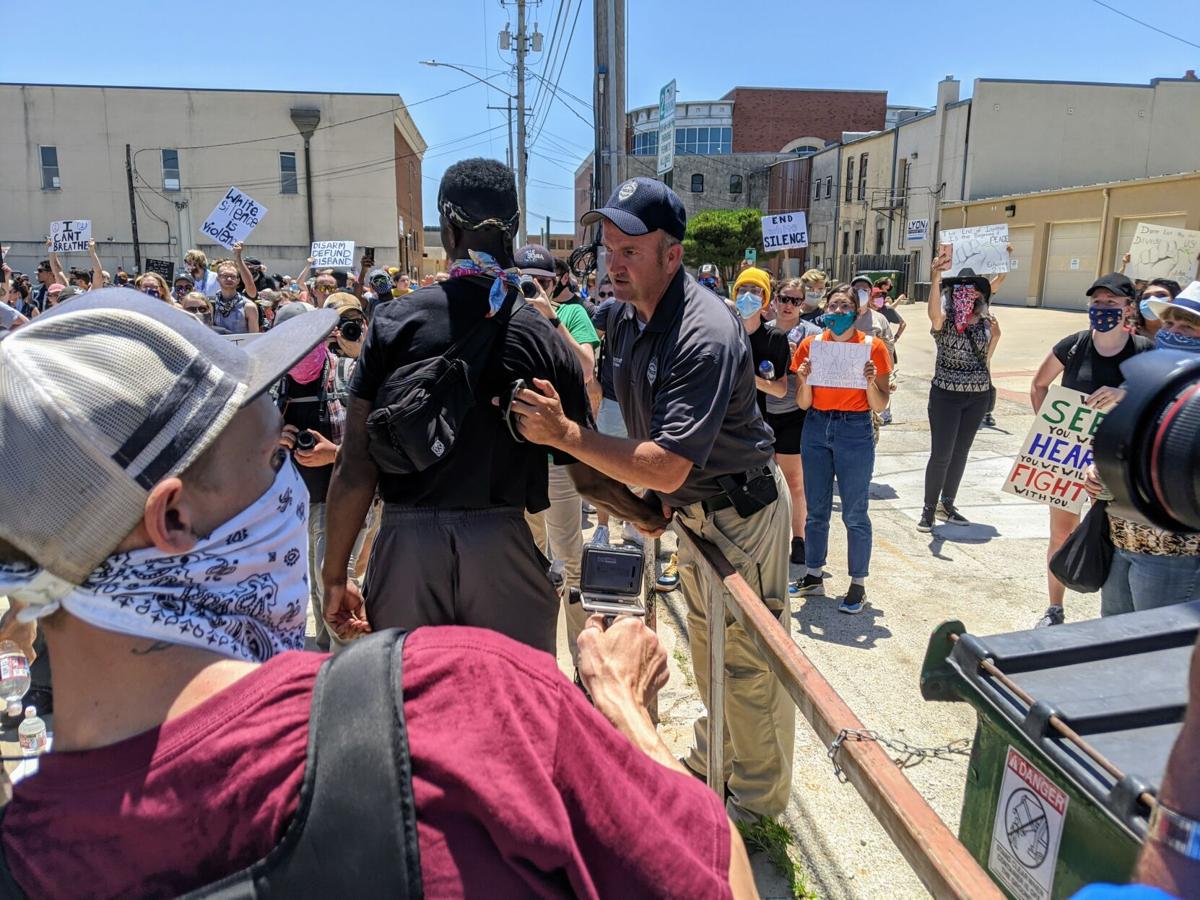 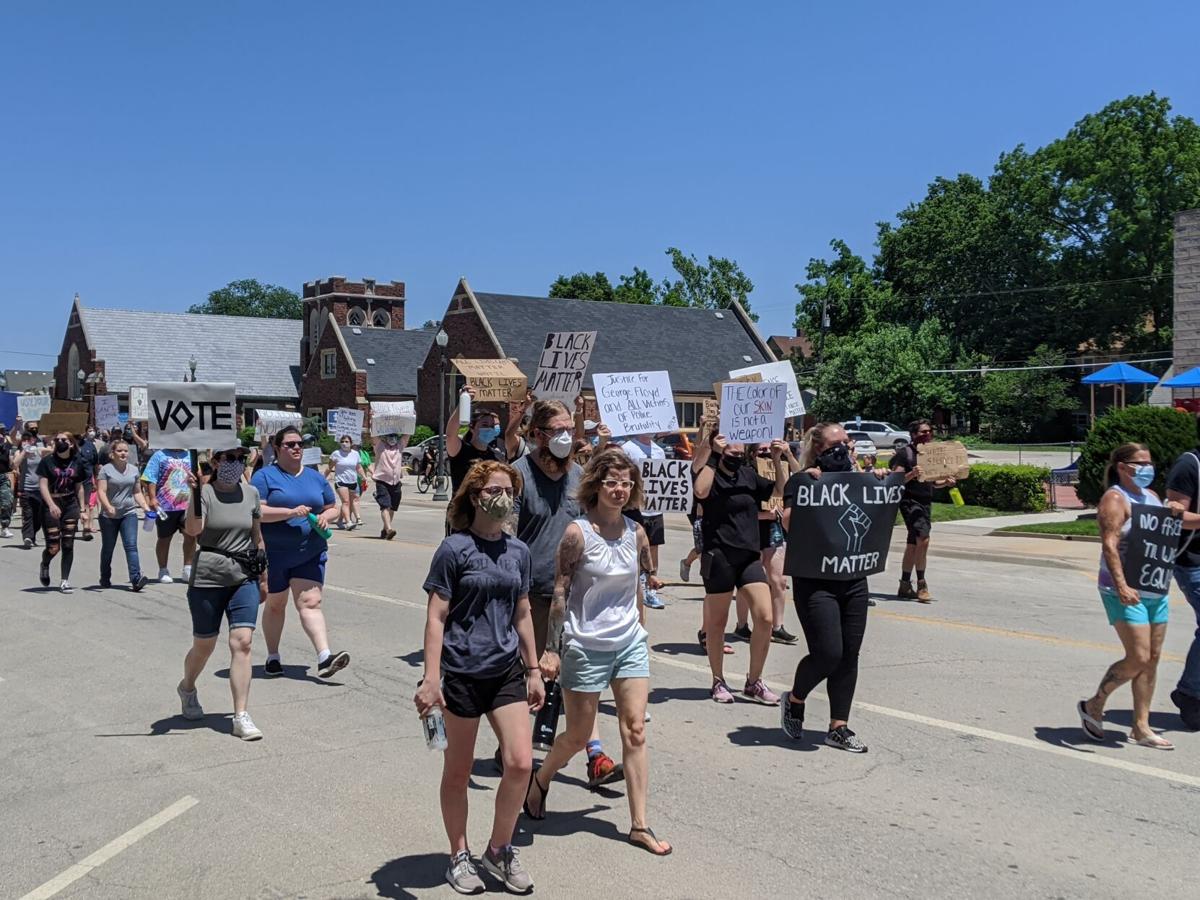 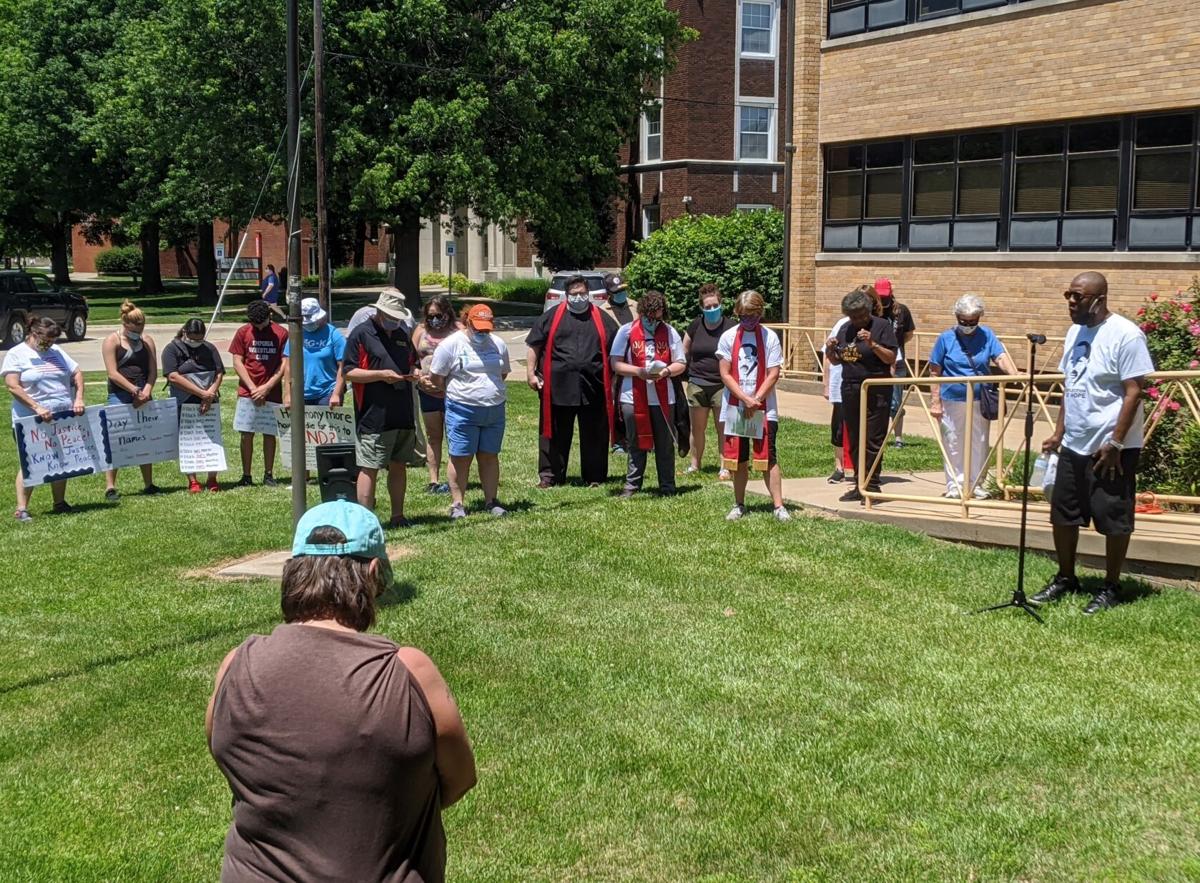 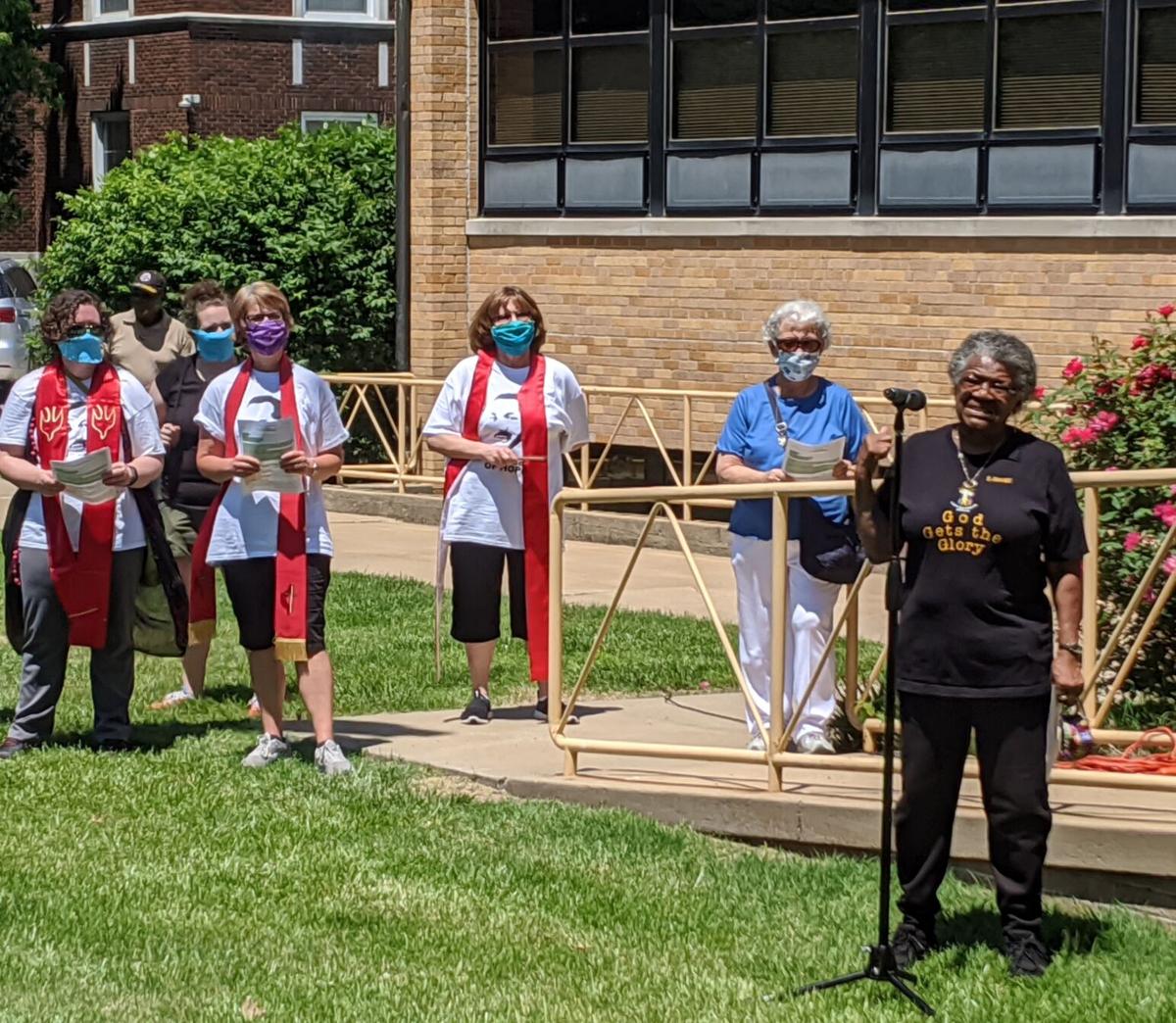 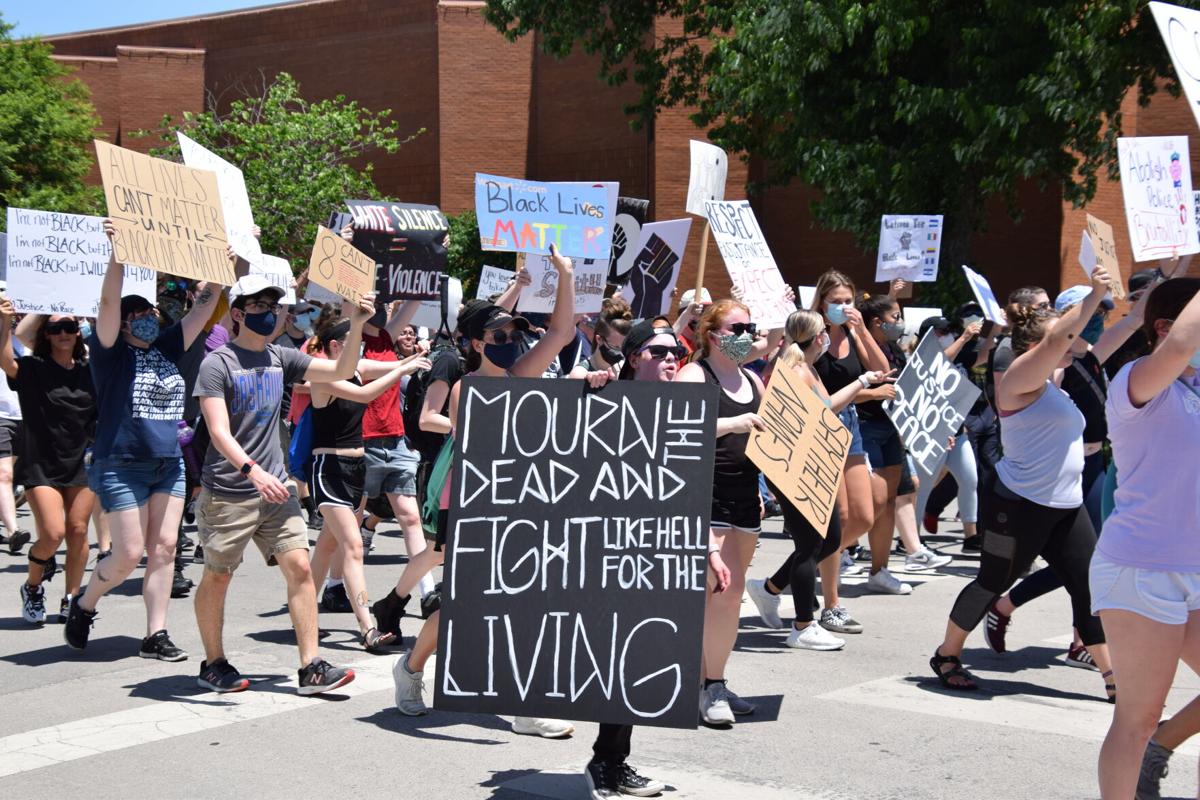 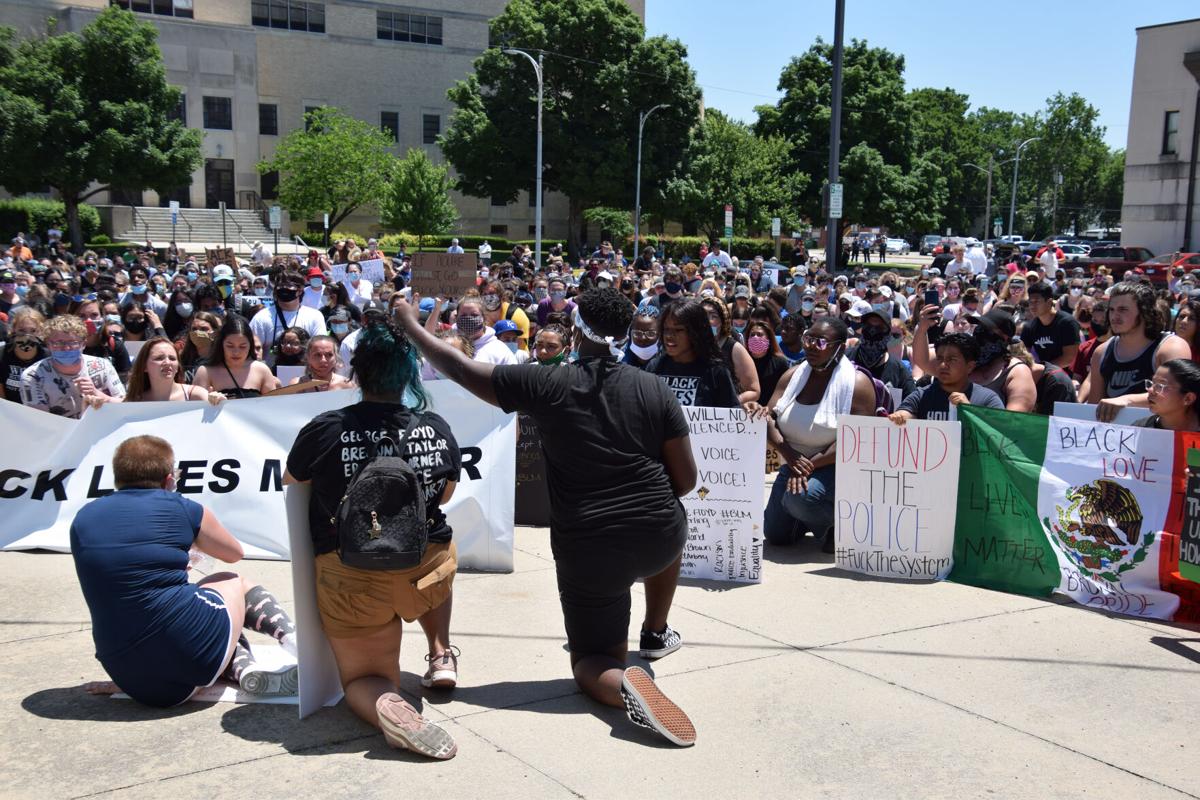 Protestors pray at the rally for Black Lives Matter Friday. 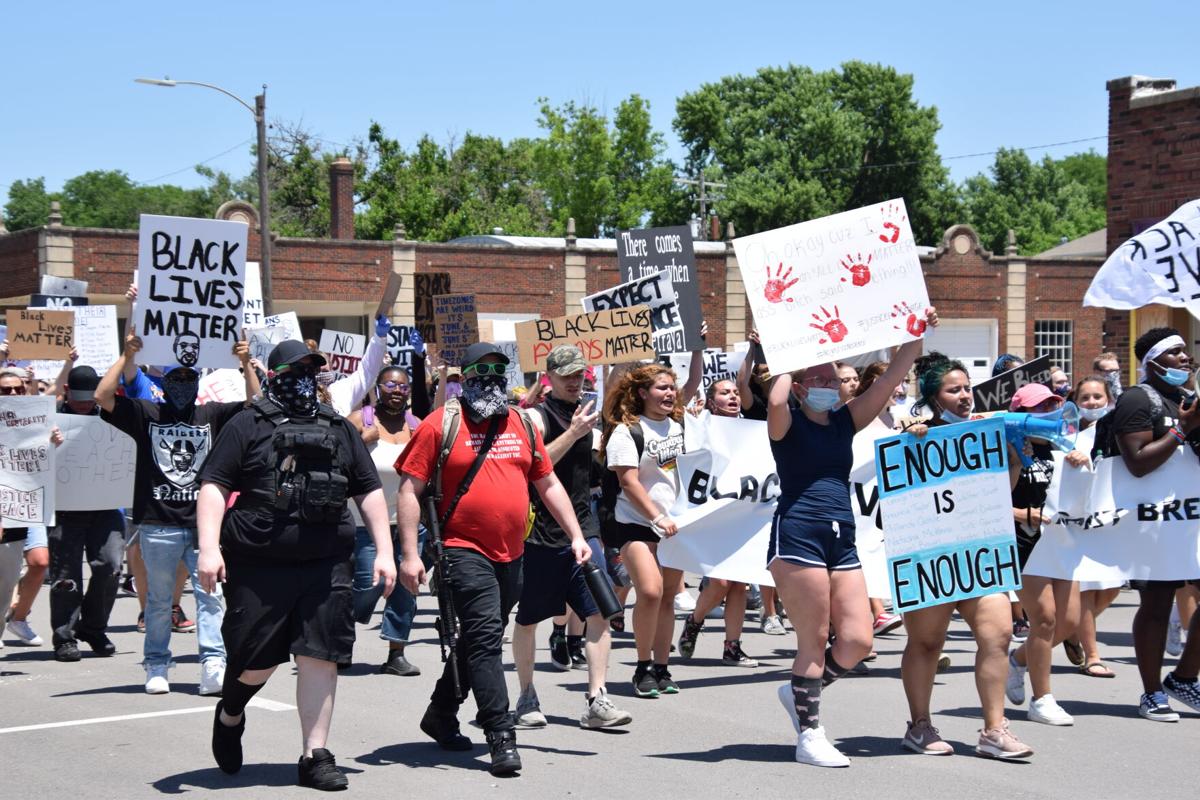 Emporians walk in a march for racial equality and justice Friday.

Protestors pray at the rally for Black Lives Matter Friday.

More than 500 Emporians and surrounding community members of all ages, backgrounds and colors joined together Friday afternoon to speak out against racial inequality in the United States and demand justice for victims of police brutality.

Organized by Emporia State students, community leaders and local members of the Black Lives Matter movement, Friday’s event included both an opportunity for silent, contemplative prayer and a chance for protestors to voice frustrations loud and clear, in some cases, directly to members of law enforcement.

The day began outside of the First Christian Church where congregation members and invited guest speakers spoke on the biblical teachings condemning racism, reading from verses capturing Jesus’ philosophy on loving one another as loving yourself, as well as the importance of neighborhood and community. Some of the most poignant moments were offered by African-American attendees, who took time to share some of their experiences with discrimination and prayed for the safety of both protestors and members of law enforcement during the march.

“God asks us in his word how we can love a god we’ve never seen before, but not love the neighbors we see everyday,” said Rev. Larry Williams of St. James Missionary Baptist Church. “My hope is that as we march together here today, that tomorrow, we will continue the conversation. That we will speak to each other. That we will help each other … Lord, help us to guide our anger on this, not that it would lead any of us to sin, but that it would be positive, that it will lead to lasting change.”

After the service, protesters gathered on the lawn of ESU’s Kellogg Circle to discuss their plan of action, as well as emphasize the importance of the afternoon as a peaceful, but powerful demonstration. Working its way down Commercial Street to plenty of outside fanfare and support — including bottled water stations from members of Emporia Main Street and several other downtown businesses — cries of “Black lives matter!” echoed loudly throughout the streets. Some adopted chants of “No justice, no peace!” and “I can’t breathe!” while others simply chose to shout the name of George Floyd and other African-Americans who have fallen victim to unauthorized police force over the years.

Ending its journey through Commercial Street, the route diverted to the Emporia Police Department where protestors gathered in a nearby parking lot for speeches, a moment of silence and to take a knee representing the injustice committed by members of the Minneapolis police against Floyd a few weeks ago.

“This is not just a peaceful rally,” said Co-Organizer Darian Harris, who also recounted a frightening experience of police profiling when he was just 15. “This is a protest for all the wrongs, the misplaced anger, the senseless injustice and the unthinkable acts of contempt on the life of another human being. We’re not here to destroy or loot. We’re out here to hopefully make a change and spread the word without all that extra stuff. That being said, I feel that pain and I feel that anger. I feel it everyday. It makes your blood boil in a way you can’t even explain. You’ve heard about this stuff for years and years. You’ve been told stories from your black grandparents about how they were treated back in the day, but you see those things still happening.”

“We’re all here today to say that we won’t just accept these wrongs as another part of our lives or just accept things the way they are. It can all start with us. We have more power than we think. We’ve gotta get out and vote. We have the power to change the things in our community that we don’t want. Being ignorant and saying how we respond doesn’t matter or that our votes don’t matter — look at where we’re at right now. We have a voice, and that means we can make a change, too.”

Officers from the nearby station — including Interim Chief of Police Ed Owens — could also be seen listening to the speeches Friday, many of them shaking hands with protest leadership and offering words of encouragement after their talks.

“In 2020, this kind of stuff unfortunately still happens,” Owens said. “It’s not what we’re about in Emporia. We’ve got a good community here and we won’t stand for that ...This has been great to see, and this is what protests like this are for. It’s a Constitutional right, and this is one of the first steps to change.”

Members of law enforcement also received shoutouts for providing marchers with a protected route and a safe atmosphere throughout the afternoon, some even participating in the march themselves.

“The one thing I want to say is that I just thank Emporia and thank the officers, too,” added protestor DeWayne Sanford. “They’re the ones that helped this be a peaceful protest instead of, I guess I’ll say, a riot. A lot of things could’ve gotten out of hand, and I’m really glad they didn’t. We wanted this to be peaceful and positive, and that’s what we did: a peaceful protest for change and for the future.”

"This is a protest for all the wrongs, the misplaced anger, the senseless injustice and the unthinkable acts of contempt on the life of another human being. We’re not here to destroy or loot. We’re out here to hopefully make a change and spread the word without all that extra stuff."

“The one thing I want to say is that I just thank Emporia and thank the officers, too. They’re the ones that helped this be a peaceful protest instead of, I guess I’ll say, a riot."