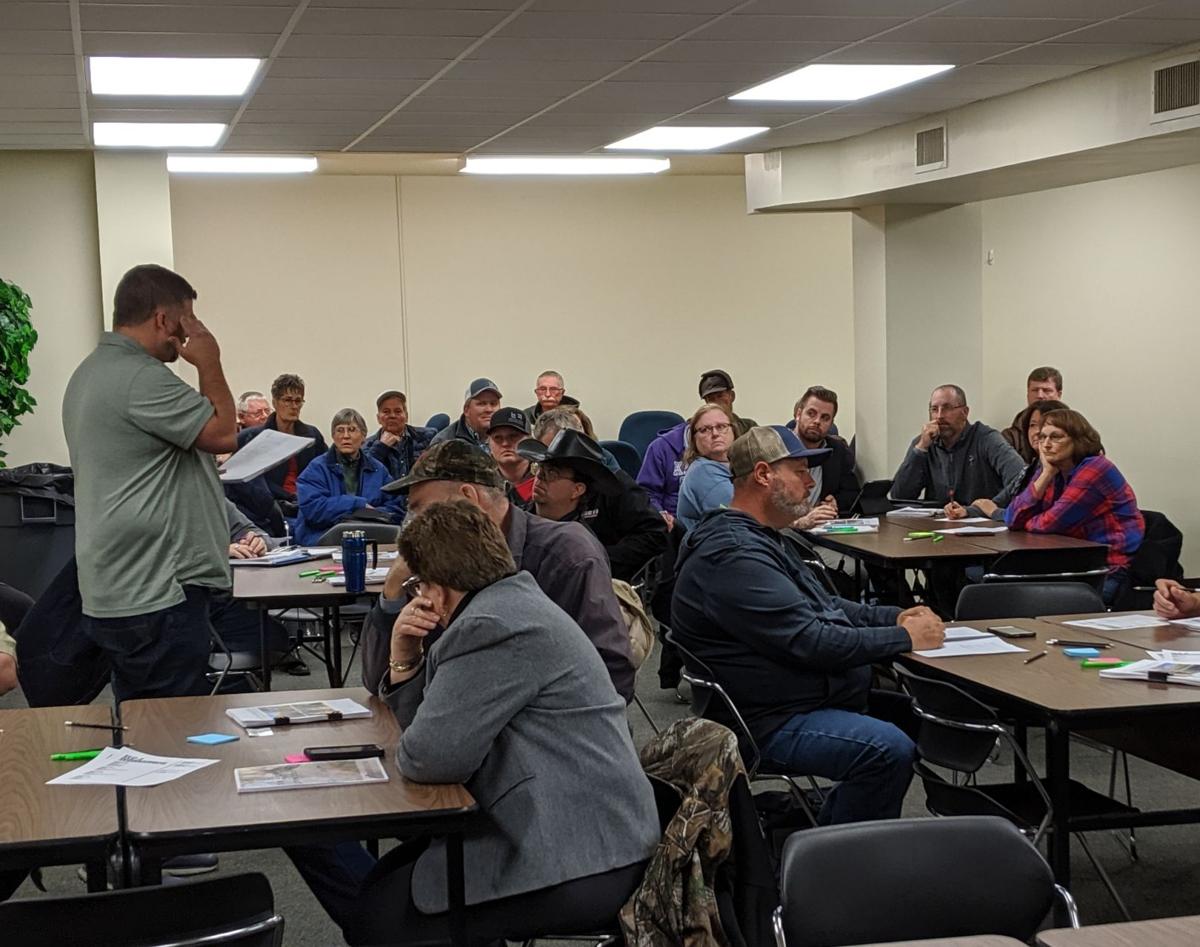 Lyon County Planning and Zoning Officer Sam Seeley, standing, speaks to a packed room at the Lyon County Annex during the first of four ELC-Z workshops. 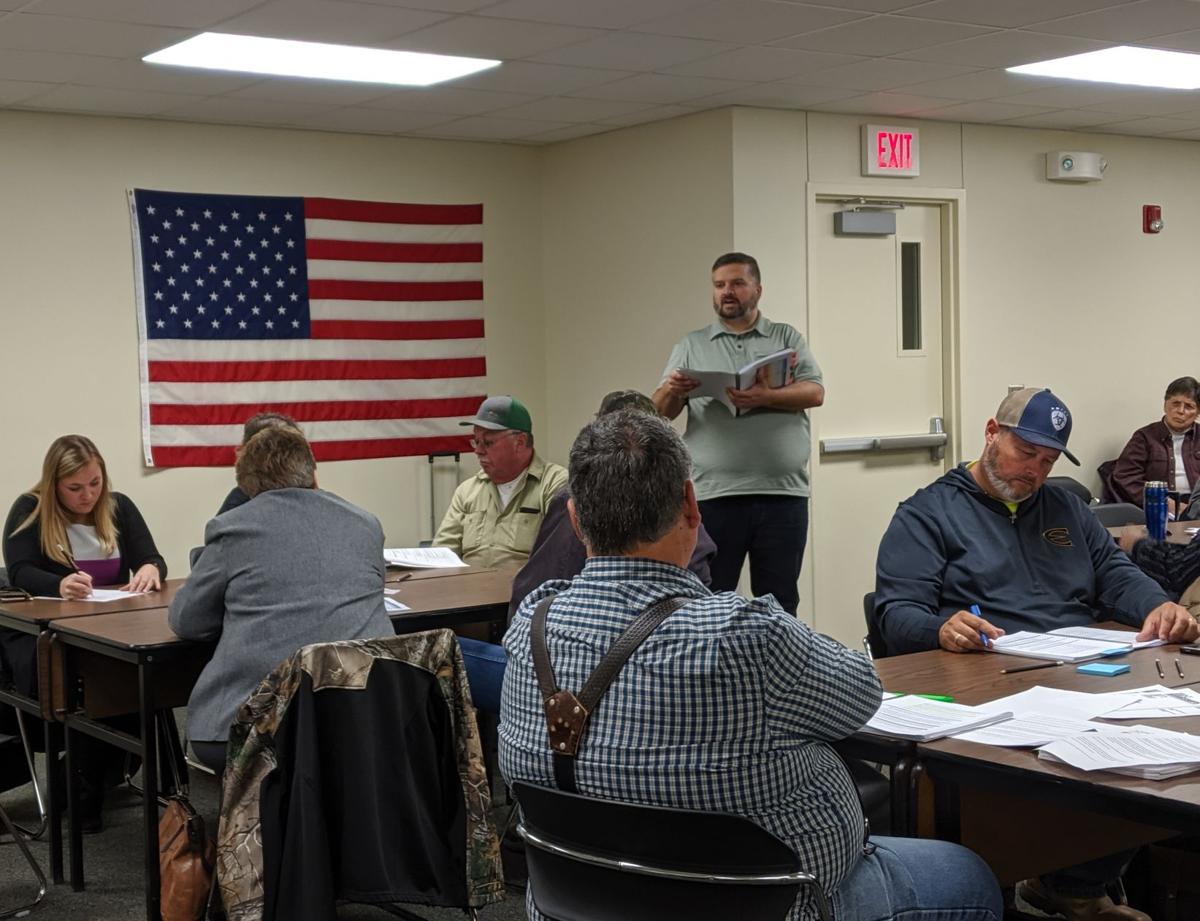 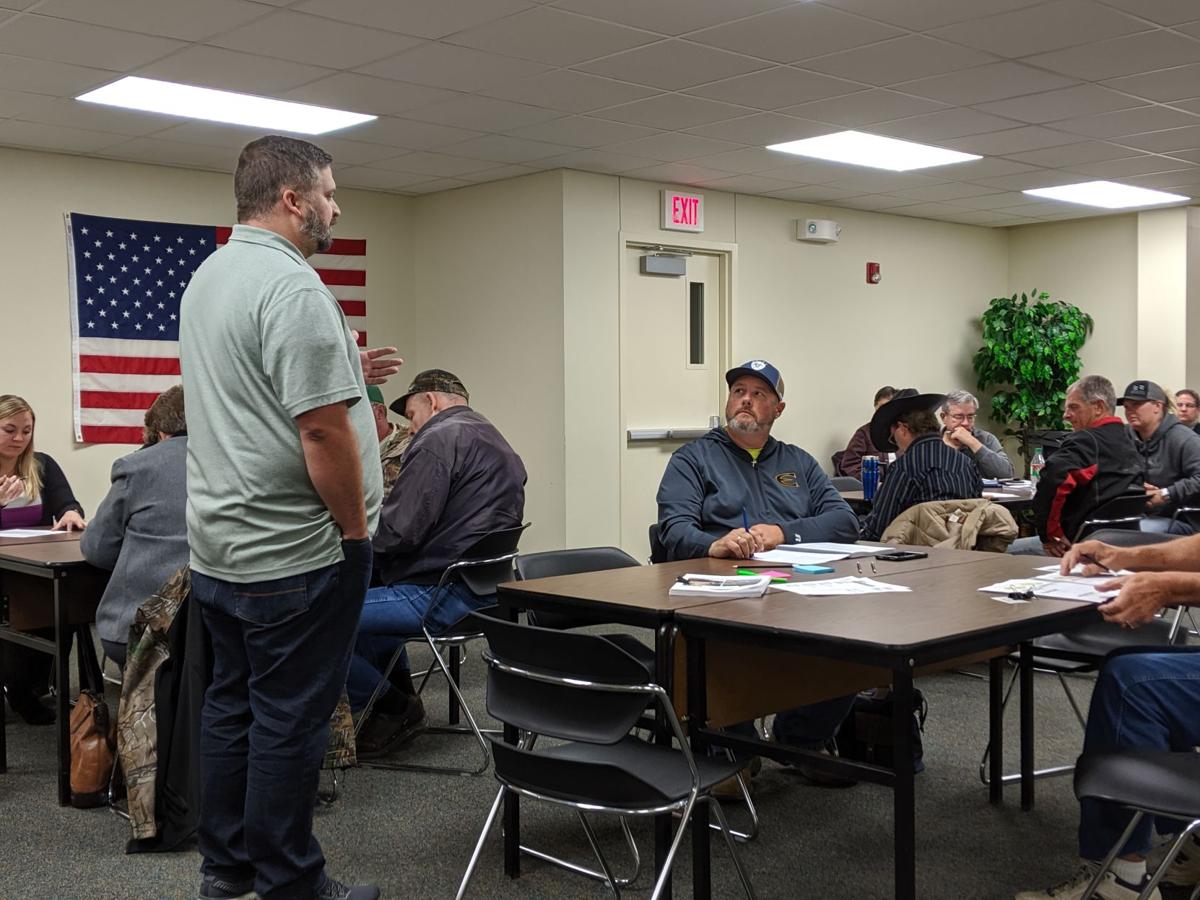 Lyon County Planning and Zoning Officer Sam Seeley, standing, speaks to a packed room at the Lyon County Annex during the first of four ELC-Z workshops.

Dozens of farmers and residents of rural Lyon County gathered Thursday evening in the courthouse annex for the first of four free ELC-Z workshops on upcoming changes to city and county zoning regulations.

The discussion focused on agriculture as County Planning and Zoning Officer Sam Seeley ran through the need-to-know aspects of the newly-drafted zoning handbook and did his best to answer each individual’s questions and specific concerns. His main message to visitors was a simple one: those living on designated agricultural parcels would not see many — if any — significant changes to the zoning of their properties unless they planned on building new residential structures or non-ag business buildings.

“Ag is not going to be regulated by our zoning regulations,” Seeley said. “If you are ag, we’ll determine that you are and then you’ll more than likely get an agricultural exemption certificate. One thing that we’ve talked about is that if you own over 40 acres, that [exemption] is going to be automatic. We may not be able to say that anymore, but we can probably apply that as policy and principle. If you own over 40 acres, we’re not going to make you fill out a form every time you want to do something.

“Until somebody decides to develop their [agricultural] land into something different, it wouldn’t even be on the radar. It would be as it exists right now .. If it existed before we made a new regulation, you’ll never have to do anything different until you change what it is. So let’s say you have your house out there and it’s only on three acres. Our current regulations say you need at least five acres. We’re not going to kick you off there. If a tornado comes and destroys your house, we’re not going to kick you out. We’re going to let you rebuild there.”

During an Oct. 16 meeting, Lyon County Planning and Appeals Board members unanimously agreed to alter language allowing for development of parcels “not less than five acres for a single-family residence in an agricultural district to a density of no more than 16 residences per square mile.” The previous requirement made no mention of population density, referring instead to 40-acre minimums for residential developments on private irrigated, non-irrigated and range agricultural zones outside the city limits. Zoning regulations would apply to newly-built rural homes in primary residential areas, but not to new homes built in ag zones, as their primary function would be considered agricultural by the state of Kansas.

“If somebody only has an acre out in the country and they want to build a house on it, the structure would function primarily as a residential home,” Seeley said. “If somebody wanted to build their home on five acres and they have a small vineyard they’re running on it, that would be an agricultural home. It’s not a lot of fun that the state of Kansas doesn’t make a distinction that’s really clear for us, so we can just say, ‘This is what it is and this is what it isn’t’ … The decision is made in [the zoning documents]. It’s not me. There are going to be guidelines in there that say if somebody meets criteria one through 10 or whatever, then that’s what the structure is.”

In closing, Seeley admitted the process of updating zoning regulations can often seem like a confusing and arbitrary one and encouraged continued public input throughout the process. The most recent draft of the zoning handbook can be accessed on both the city and county websites as well as the @LyCoPlanningZoningFPM Facebook page.

Those with questions on agricultural zoning are encouraged to reach out to Seeley through email at sseeley@lyoncounty.org or by phone at 620-341-3471. The next ELC-Z workshop — which will concern industrial zoning — will be held from 6 - 8 p.m. Thursday at the Emporia Area Chamber of Commerce, 719 Commercial St.

“The drafts are something that need to be planned and worked out,” Seeley said. “When the planning board thinks they have something they can present to the public, we will publish in the paper. We’ll then have a more formal planning board meeting where we’ll get recommendations on the document, whether it be to approve, deny or make some changes. Two weeks later, we’ll take that to the board of county commissioners to accept whatever recommendations we made, and it can even be sent back for more discussion. So, this process isn’t done. It’s still going on, and we want to encourage transparency and public input throughout the entire process.”

"So, this process isn’t done. It’s still going on, and we want to encourage transparency and public input throughout the entire process.”