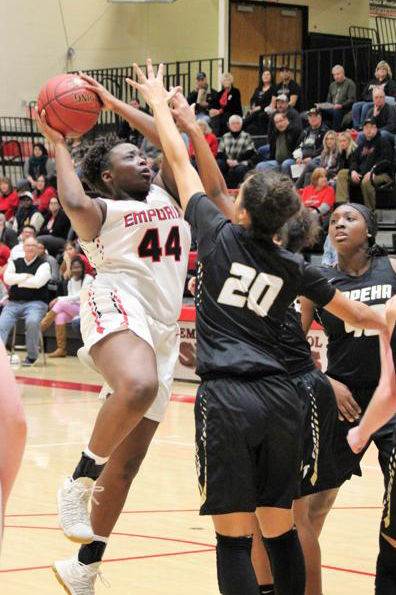 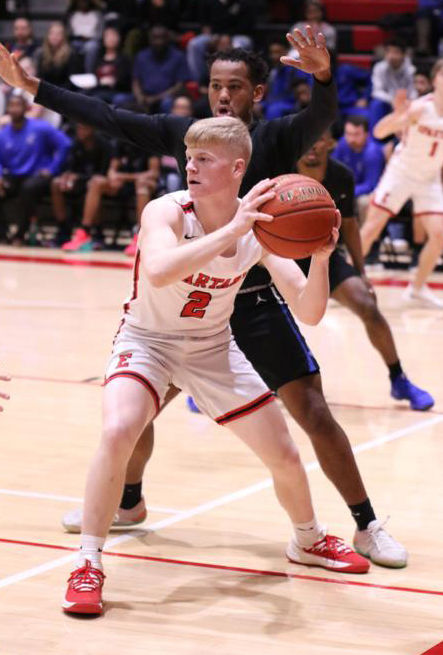 There are likely more questions than answers for the Emporia High basketball teams as they ready themselves for the season opener on Friday night.

But things are certainly on trajectory to discover a number of solutions when the Spartans host Topeka-Hayden in not just the first game of the season, but a league contest as well.

“We’re ready to see what they can do,” EHS Head Girls Coach Carolyn Dorsey said. “It’s a good test for us. It makes me nervous just because we’re opening against a league team and we don’t have any chance to see them play (beforehand). I believe we’re ready and I think the girls are probably ready to see where that bar is. We’ve been trying to push them and challenge them and we want to see how they handle that and see if they are where we think they are.”

The Spartan girls’ focus will be on the defensive side of the floor, something Dorsey hopes will continue to pick up steam from recent years.

“We really are challenging them defensively,” she said. “We’ve been climbing back up the ranks in terms of our defensive performance in the league and we’re not at the top yet. We’ve made improvements each year and we want to push them a little bit harder. Hayden’s a good test for that. Let’s get that dipstick or that barometer and see where we’re really at defensively. Are we where we think we are? Should we be pressuring more? Can they buckle up and get a little tougher, be a little more stingy?”

Those questions will be among the first to be answered, while Dorsey attempts to find consistency in the rotation.

Mya Tovar, Rayanna Breshears and Gracie Gilpin, along with Mya Chapman, Macey Adams and Emily Christensen will be key regulars, with a handful of others working to get playing time of their own.

“I’ve seen a lot of heart, hard work and teamwork,” Breshears said. “I think we’ll do pretty good this year.”

The Spartan boys, while returning a more consistent core, also hope that Friday’s debut will provide a strong foundation.

“I thought we had some spirited practices (in the preseason),” head coach Beau Welch said. “When our seniors bring energy, it just feeds ... our team. Those guys have got to play tough and give us really everything we’re going to need in every game. They bring the juice, they bring leadership — which they should — and our other guys feed off of them.”

The trio of players in their final year — Beau Baumgardner, Skyler Douglas and Connor Hoyt — have already been anchors for the Spartans in the last two years and will continue to be sought for leadership on the court as well as numerous intangibles off of it.

“We’re a pretty close-knit group, so that’ll help down the stretch,” Douglas said. “It’s good to play our first game of the year and see what we’re made of.”

The Hayden boys are looking to fill the shoes of losing their top two scorers from last year’s team, which still finished below .500. The Wildcat girls also lost their top scorer and are under a first-year head coach, though much of the rest of its roster has stayed intact.

But regardless of who the Spartans are playing, this week’s litmus test will be relatively simple as both the Emporia High teams are focusing on their own mettle rather than the scouting report on the opposition.

“I am worried about Hayden, but there’s really no point in being worried because there’s nothing we can do,” Dorsey said. “They’ve got a new coach, they haven’t played a game yet, it’s ... probably going to be ugly and its just going to be who can battle that out and be tougher at that point in time.”

EHS will at least be able to sort out its strengths and struggles of Day One on its home court, with tipoff for the varsity girls contest slated for approximately 6 p.m.

“(Hayden’s) a tough gym to play in (but) I hope they feel the same way about our gym,” Dorsey said. “We want to just see the girls get out and compete and see where were at and see what we need to focus on. I think we have some ideas, but after you see (ourselves) every day, you’re ready to test it out on somebody else.”