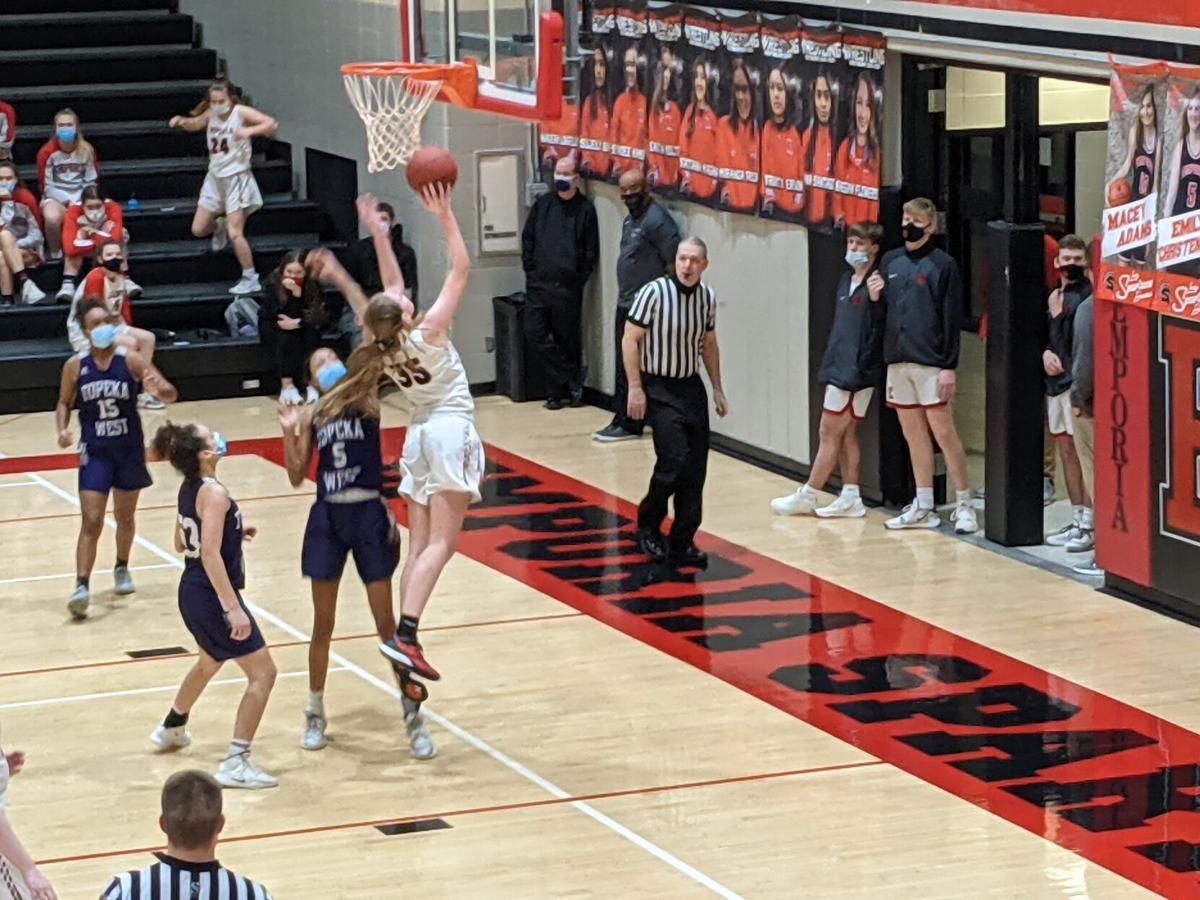 Rebecca Snyder goes up for two of her 21 points against Topeka West on Friday. 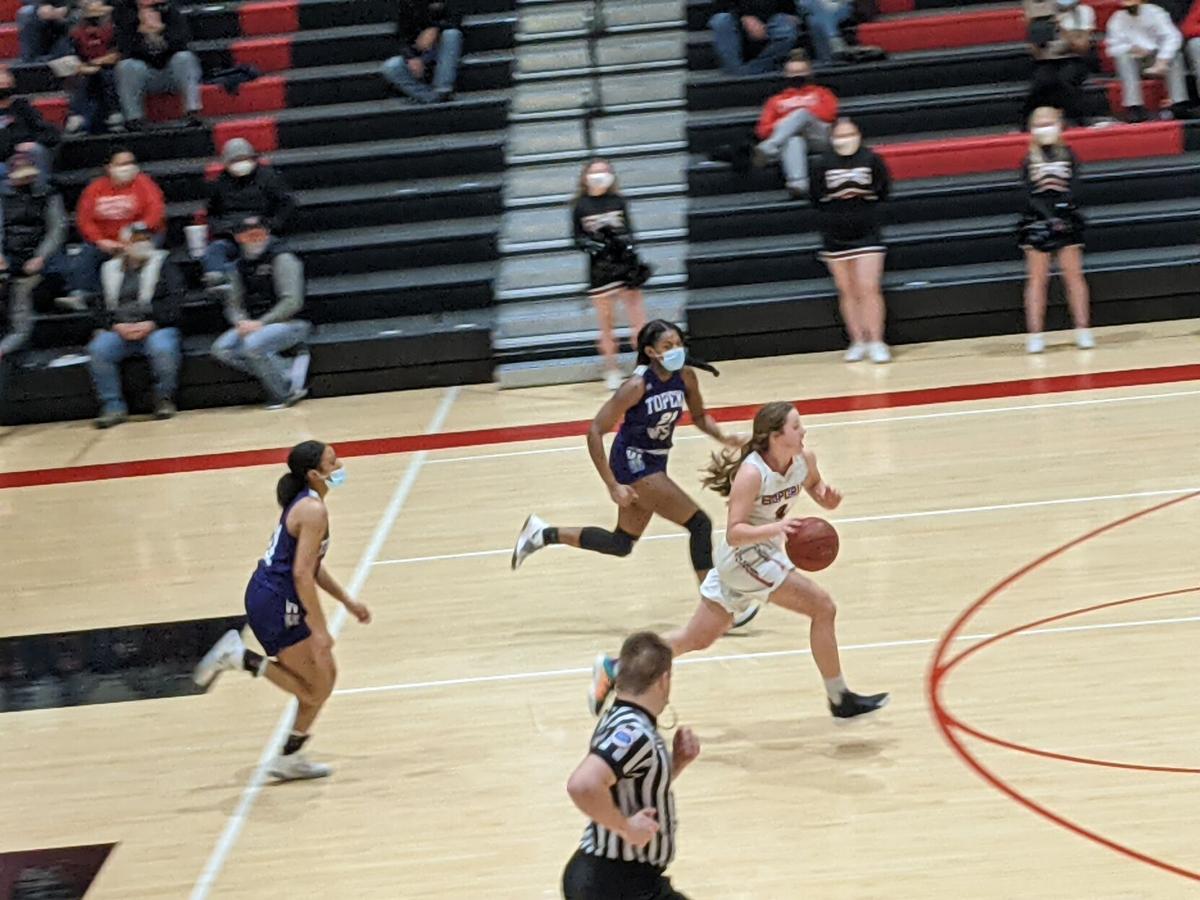 Rebecca Snyder goes up for two of her 21 points against Topeka West on Friday.

The Emporia girls won their fifth straight game Friday night as they easily dispensed of Topeka West 49-33 at home.

While the Spartans picked up the double-digit victory, Emporia head coach Carolyn Dorsey felt like this wasn’t her team’s best effort.

“We expect more from them,” Dorsey said after the game. “We don’t want to win; we want to win the correct way. I think that is a learning curve for some of them because a lot of them are going, ‘We just won by 20. What’s their problem?’ We didn’t look the way we’re supposed to but we practice every day. We work on these things and we expect it to carry over.”

Sophomore Rebecca Snyder picked up right where she left off Thursday night when she scored 23 against Junction City. Snyder scored the Spartans’ first six points and eight of their first 11. The Spartans showed a willingness to go to her early and often and the Chargers proved to have difficulty stopping her.

However, although Emporia led 12-4 after eight minutes, the Spartans shot just 36% (4 of 11) and coughed up the ball five times. The Spartans struggled particularly with the full-court press that Topeka West enacted throughout the entire game.

“It’s frustrating because they know how to break [the press],” Dorsey said. “... We’re better than that. We didn’t attack it well. We relied on Gracie [Gilpin] just to bring the ball down versus we should be middle, tandem. Just the little execution things.”

In the second period, the Spartans improved their shooting percentage in the game to 47% (9 of 19) and stretched their lead to 27-17, but they gave up another five turnovers and struggled to clear the defensive glass, allowing Topeka West many opportunities at second-chance points.

“That was my biggest disappointment, was our defensive effort in the first half,” Dorsey said. “We were watching and waiting for somebody else to do the job versus doing our own job.

“But I think ultimately, we got comfortable early and then I think all of a sudden [Topeka West] hit a shot, and all of a sudden we had a mistake and now they want to hit the seven-point basket that doesn’t exist. Now we’re sped up and now we’re panicking because ‘oh, my gosh.’ It’s just like quicksand. The harder you try to get out of it, the worse you get in it.”

However, Dorsey saw her team come out in the second half with a renewed focus and it played the way she wanted to see it play.

“I thought [the second half] was better,” she said. “Allie Baker got out there defensively and bothered some people. And I know she’s tired, she plays a lot of minutes, but she definitely came out with a pretty relentless, tough mentality. She made a couple big plays defensively. … They were doing the little things. They were moving the ball the way they’re supposed to. I thought defensively they were 10 times better in the second half.”

Snyder led the Spartans with 21 and Gilpin added 13.

Dorsey reiterated that hers is a high-quality team, but that with that denomination comes a certain level of expectation that can be difficult to respond to.

“They’re in a different situation; they’re pressured because they’re expected to win and this group hasn’t been in that position for a couple years,” she said. “So now we’re expected to win and now they’ve got to figure out what they do to deserve that. Part of that is not being rushed and being patient and relaxing. … The more you win, the more comfortable you get. Overall, they’re doing well.”

The Spartans improved to 12-6 on the year and will head to Topeka on Monday to take on Hayden.