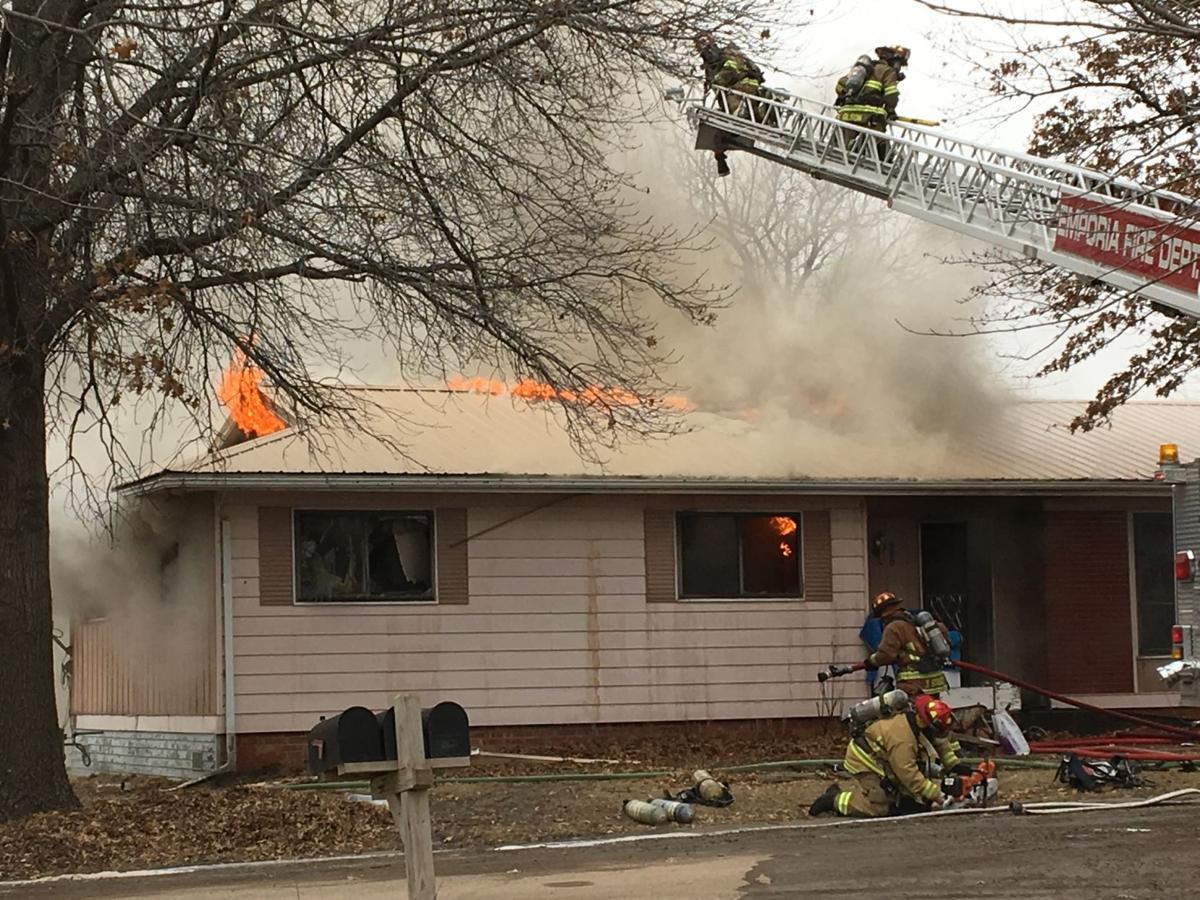 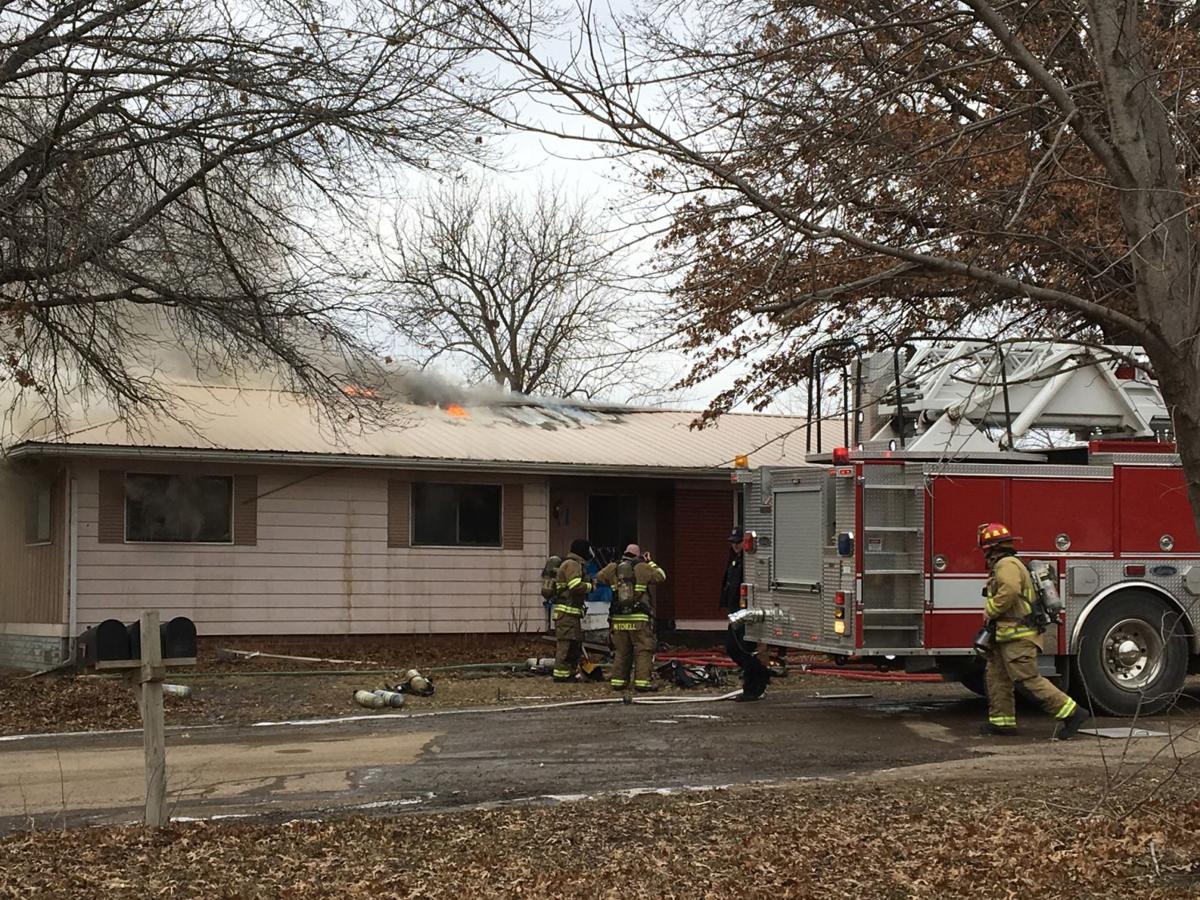 Firefighters work to put out a mobile home fire after it rekindled Thursday afternoon. 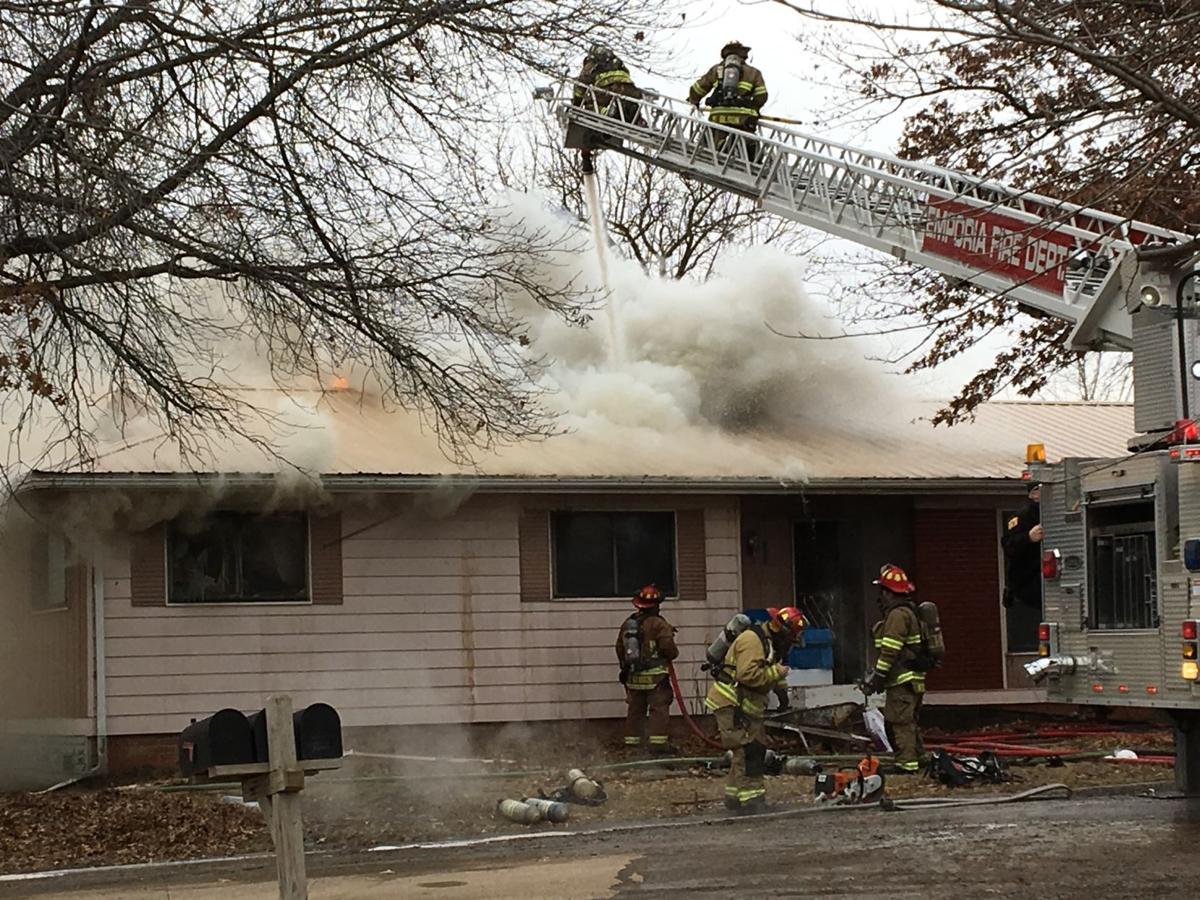 Firefighters work to put out a mobile home fire after it rekindled Thursday afternoon.

At about 12:05 p.m., firefighters were called to Lot 237 at 1753 Road E for the report of a structure fire. Members of the Emporia Fire Department were already on scene conducting an investigation into a fire that started at around 12:45 a.m. Thursday at the same location.

Battalion Chief Eron Steinlage said the fire redeveloped from hot embers in a void space among three layers of the roof.

Conditions of the weather and the structure made battling the blaze more difficult than usual.

"This was a different type of fire," Steinlage said. "With 19-degree temperatures and a slick, icy metal roof, we had to do all of our work from an aerial ladder. We couldn't go inside the structure due to the risk of a collapse with a weaker roof.

"When you're unable to make it to the fire and attack it from underneath, it makes it pretty hard to put out."

Firefighters were on scene for about five hours. Steinlage said while there is always a risk of a fire rekindling when certain conditions are present, he was confident Thursday's fire was out completely before the scene was cleared.

After the initial, overnight fire, Emporia Fire Department Battalion Chief Ryan Conley confirmed there were two fatalities in connection with the original fire. Names have not been released pending notification of next of kin.

A cause for the original fire is yet to be determined and is still under investigation.