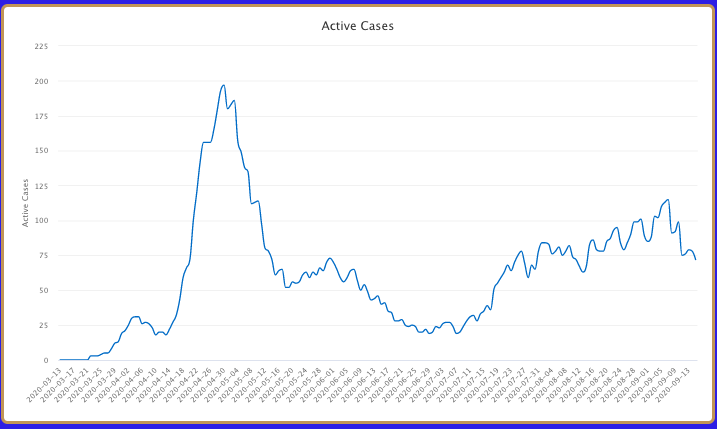 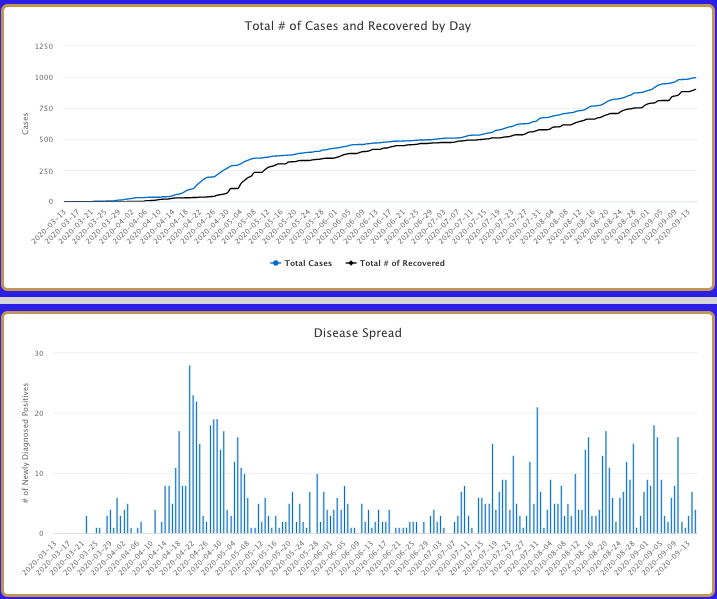 To date, 996 cases have been confirmed, including 902 recoveries and 21 deaths. There were an additional 15 death certificates pending review at the Kansas Department of Health and Environment.

Wednesday’s report brought the active number of cases down to 72.

Testing numbers were listed at 12,832 — a jarring increase over Tuesday’s report. The Gazette reached out to Public Health for clarification and Emergency Preparedness Director Jennifer Millbern confirmed that the number was an error and would not be corrected until Thursday morning.

On Wednesday, Kansas health officials reported 971 new cases since Monday, for a total of 50,870 across the state. Kansas also had 52 new deaths, raising that number to 586 since the pandemic began.

The Associated Press reported Wednesday that Kansas officials are considering spending $50 million to dramatically ramp up testing of people who aren’t showing obvious signs of the coronavirus.

A state task force this week backed Kansas Health Secretary Lee Norman’s recommendation to use the federal stimulus money on testing at schools, workplaces and other sites. The goal is to catch coronavirus in people who haven’t even realized they’re carrying it, KCUR reports.

Some of the testing would be done at Wichita State University, where a new not-for-profit lab is gearing up to churn out hundreds of thousands of tests by the end of the year.

“I know that sounds like a lot,” said Tonya Witherspoon, Wichita State’s vice president of industry engagement, “but we think several labs in the state need to be able to do that much — or more.”

Kansas has so far focused most of its energy on people who know either that they are ill or that they have had direct exposure to a confirmed outbreak. But experts say positivity rates should drop when a state or city goes beyond testing these groups of people who are most likely to be sick.

Right now, about 15% of Kansans who get the test find out they have COVID-19. By Johns Hopkins University’s calculations, that puts it among the states with the highest rates of new positives.