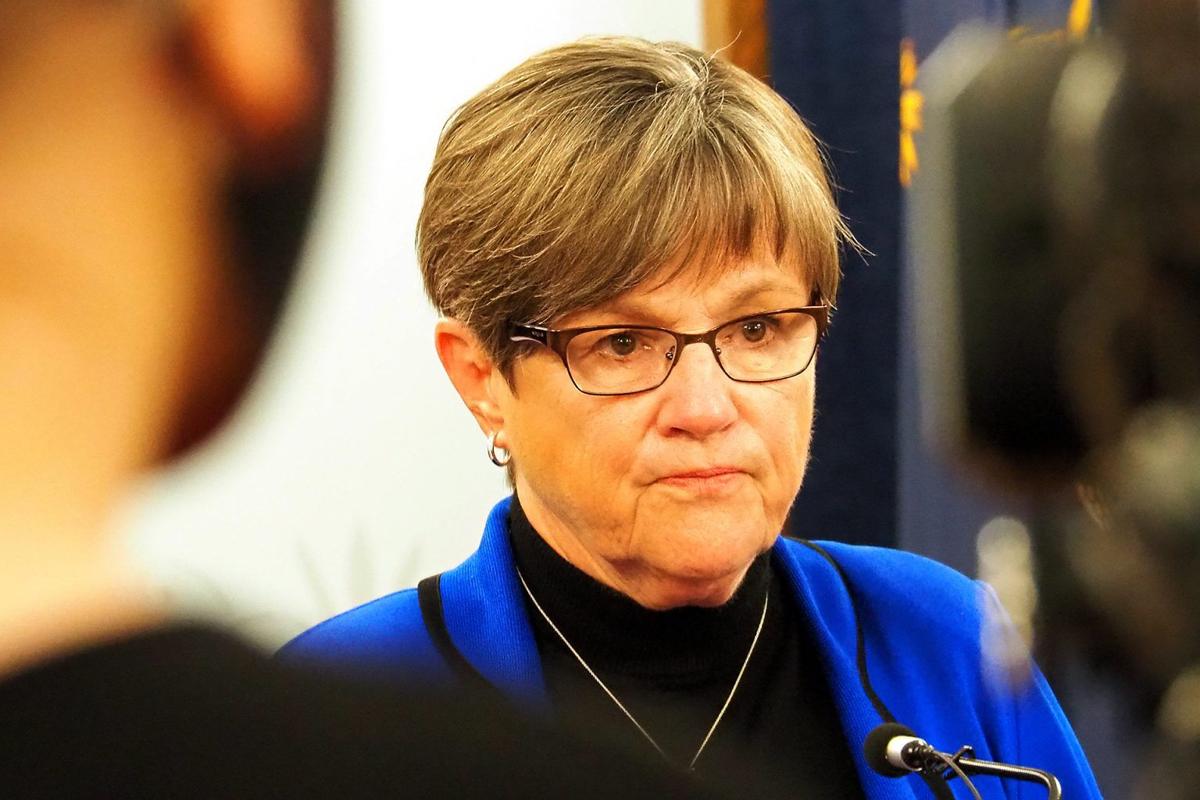 Gov. Laura Kelly in a news conference Thursday at the Statehouse calls on members of the State Finance Council to extend an emergency declaration. 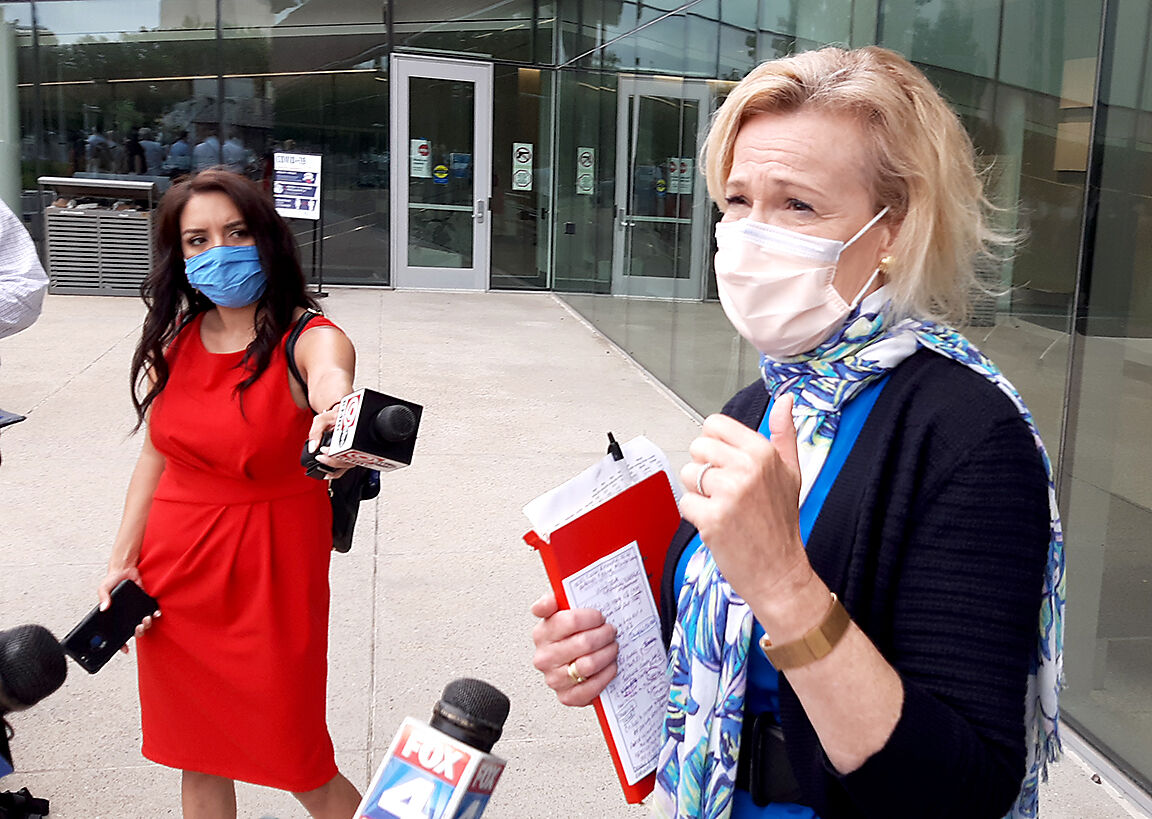 Deborah Birx. the White House coronavirus response coordinator, said Saturday after a meeting at University of Kansas Medical Center in Kansas City, Kansas, that state and local public health officials must push harder on wearing of masks, social distancing and limit mass gatherings to stem a wave of infection moving into the Midwest.

Gov. Laura Kelly in a news conference Thursday at the Statehouse calls on members of the State Finance Council to extend an emergency declaration.

Deborah Birx. the White House coronavirus response coordinator, said Saturday after a meeting at University of Kansas Medical Center in Kansas City, Kansas, that state and local public health officials must push harder on wearing of masks, social distancing and limit mass gatherings to stem a wave of infection moving into the Midwest.

TOPEKA — Gov. Laura Kelly applied maximum pressure Thursday to legislative leaders who will decide whether to extend the emergency declaration for COVID-19, saying the pandemic in Kansas is worse now than at previous peaks and millions of dollars in federal aid hang in the balance.

Kelly also said she talked with Deborah Birx, the White House coronavirus response coordinator, who encouraged the state to embrace mitigation efforts to slow the impact of the virus or risk “out of control” consequences.

Kansas is firmly rooted in the “red zone” monitored by federal officials with positive rates from tests in the state hovering close to 10%. The state has recorded 495 deaths from the coronavirus, including 37 in the past week.

The current emergency declaration is set to expire Sept. 15. The State Finance Council, which includes the governor, two of her Democratic allies in the Legislature and six Republicans, will meet Friday to determine whether to extend the emergency for another month.

Failure to do so, Kelly said, would jeopardize efforts to address escalating deaths and infections in the state, as well as emergency operations that provide medical supplies and food. Executive orders that include a ban on foreclosures and online renewal of driver’s licenses also are at stake.

“These nine members of the State Finance Council will effectively decide if the nearly 3 million people living in our state will be able to access the tools they need to stay healthy, stay fed, stay in their homes as the virus continues to rage around us,” Kelly said.

The governor said she was confident the finance council “will step up and extend the emergency declaration,” but Republicans didn’t signal their intention.

“President Wagle is talking with federal and state leaders and will not be commenting on the governor’s request until the State Finance Council meets,” said Laura McCabe, spokeswoman for Wagle.

In a letter to finance council members, the governor stressed the numbers associated with the pandemic — more than 47,000 Kansans have tested positive — and the array of executive orders made possible under the emergency declaration. They include efforts to protect residents in adult care homes and guidance to wear masks in public schools. The governor’s letter also suggests that prosecutors will have to drop charges against violent criminals without flexibility granted to the judicial system in a state of emergency.

The governor then appeared at a news conference at the Statehouse alongside Kansas Adjutant General David Weishaar, who detailed extensive emergency operations undertaken since early March. The National Guard has helped test 18,000 people, distributed 6.8 million meals, and driven more than 211,000 miles to deliver personal protective equipment.

Kelly said elected officials and county health officers joined her on the call with Birx, the top coronavirus coordinator for President Donald Trump. The doctor encouraged those on the call to adopt mitigation efforts that include a mask mandate and enhanced community-based testing, Kelly said.

“She urged them to put the mitigation efforts in place because right now, until we have a vaccine, it’s the only thing that’s going to work,” Kelly said. “And if Kansas doesn’t do it, she predicts that things will be more out of control.”

Kansas Reflector is a nonprofit news operation providing in-depth reporting, diverse opinions and daily coverage of state government and politics. This public service is free to readers and other news outlets.

So what was the basis of setting up the emergency to expire on 9/15 in the first place? Let me guess. Business lobbyists told eager beaver Republican ears it would all pass by then, right? Many Republicans still say it is all a hoax. Well, too many of the 190,000 Americans who have been hoaxed into death met their fate by taking medical advice from businessmen, quacks and a dotard who kept quiet. I trust they get their investment advice from their physician's receptionist. Now we know who the real "suckers" and "losers" are, and they ain't the ones buried in Arlington, Normandy and Leavenworth.

Right conclusion, but the premise isn't quite right. The basis of expiring the emergency declaration was the politicization of a public health situation. I believe it had less to do with the business lobby and instead was more about weakening a political opponent--in this case, a governor who happens to be a Democrat.