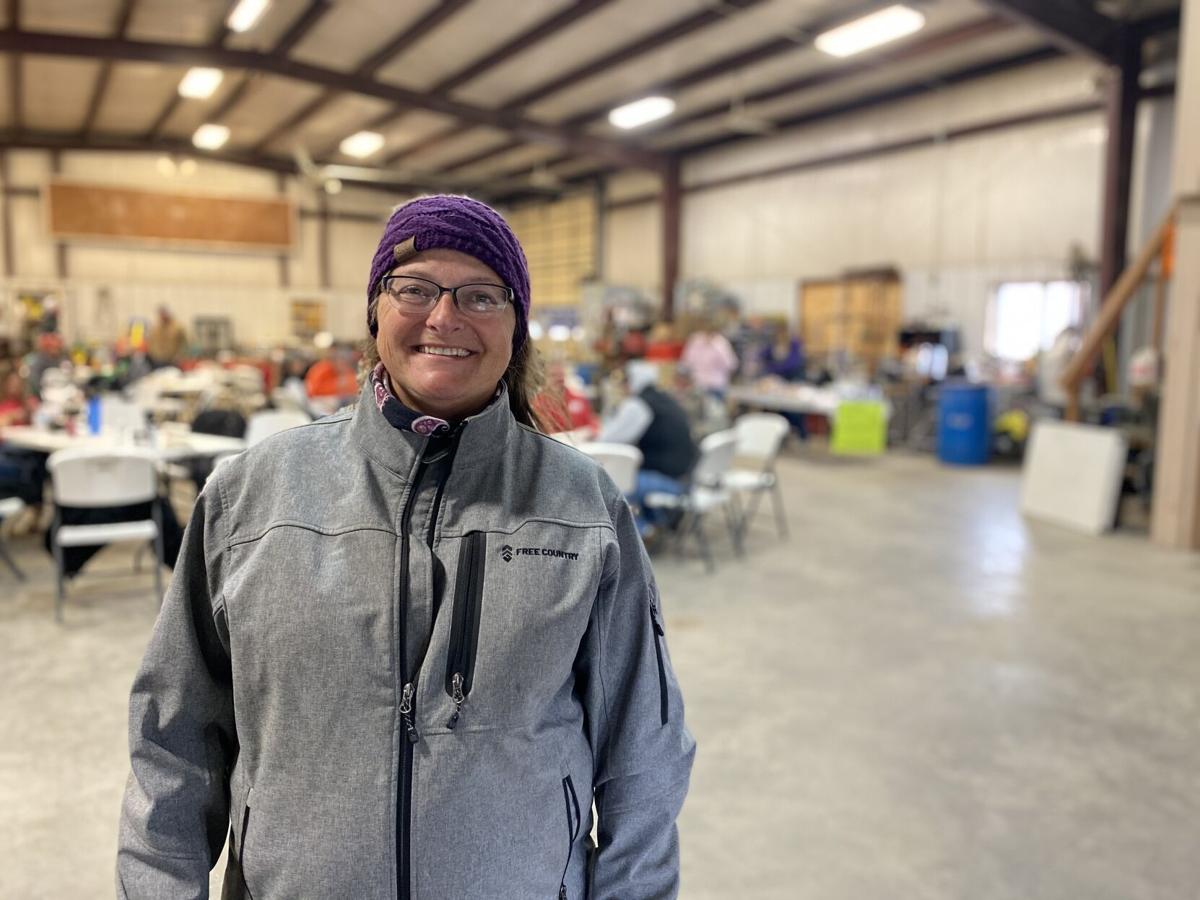 Lisa Fuller takes a break inside from the cold during the Gary Dean Fuller Memorial Shootout, Saturday afternoon, at the Fuller family farm in rural Emporia. 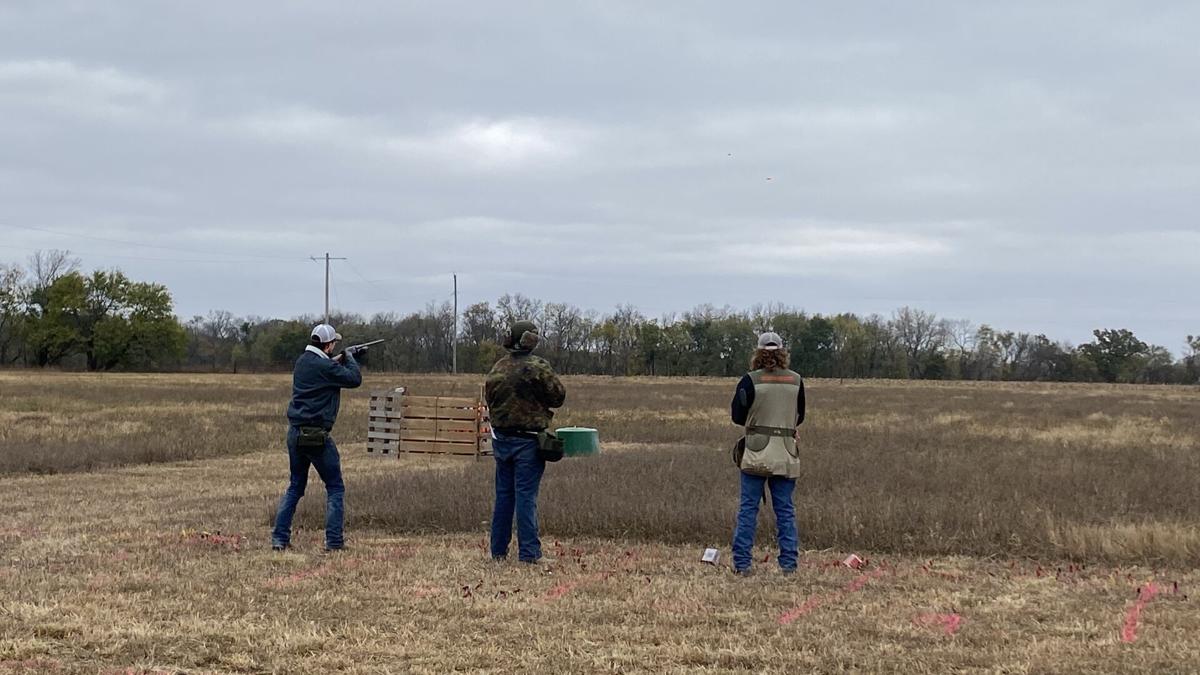 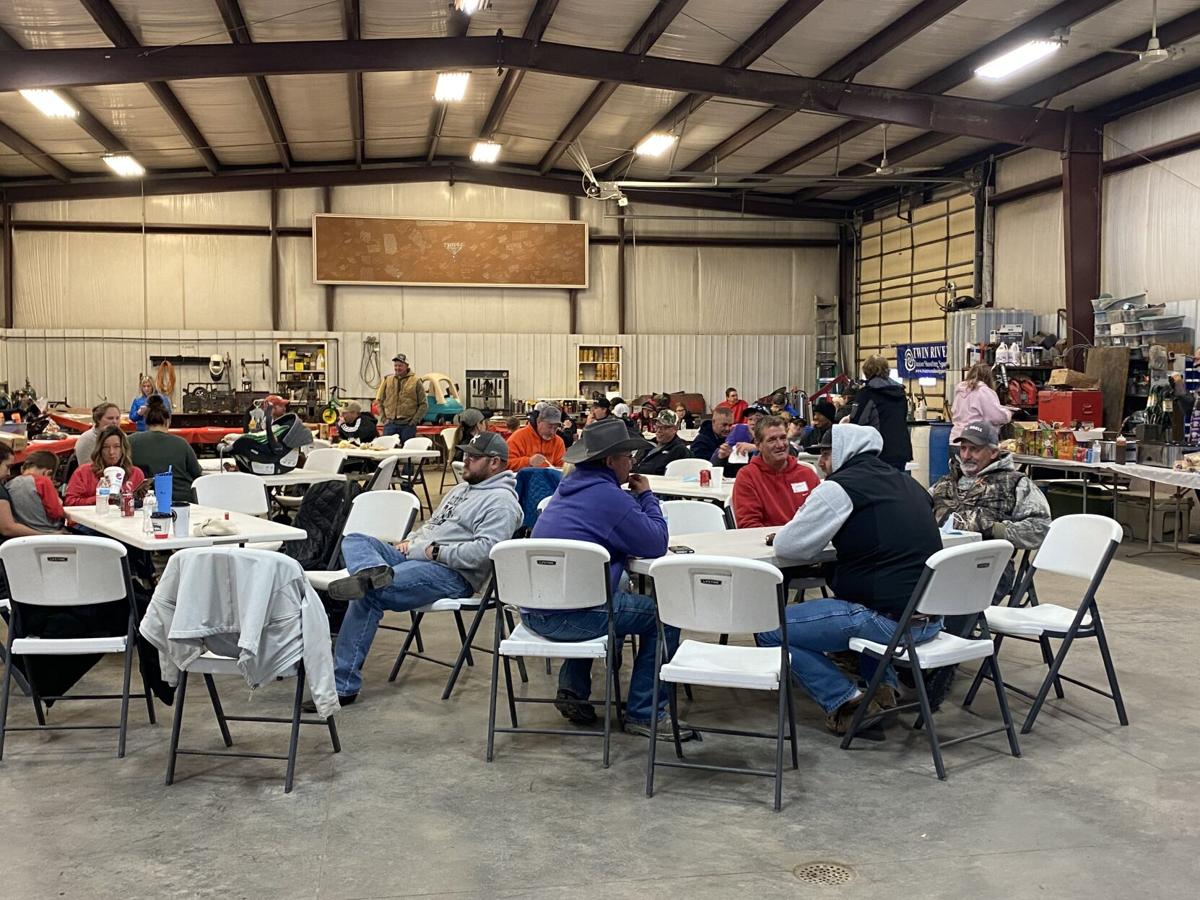 A crowd enjoys a meal — and some heat — Saturday. 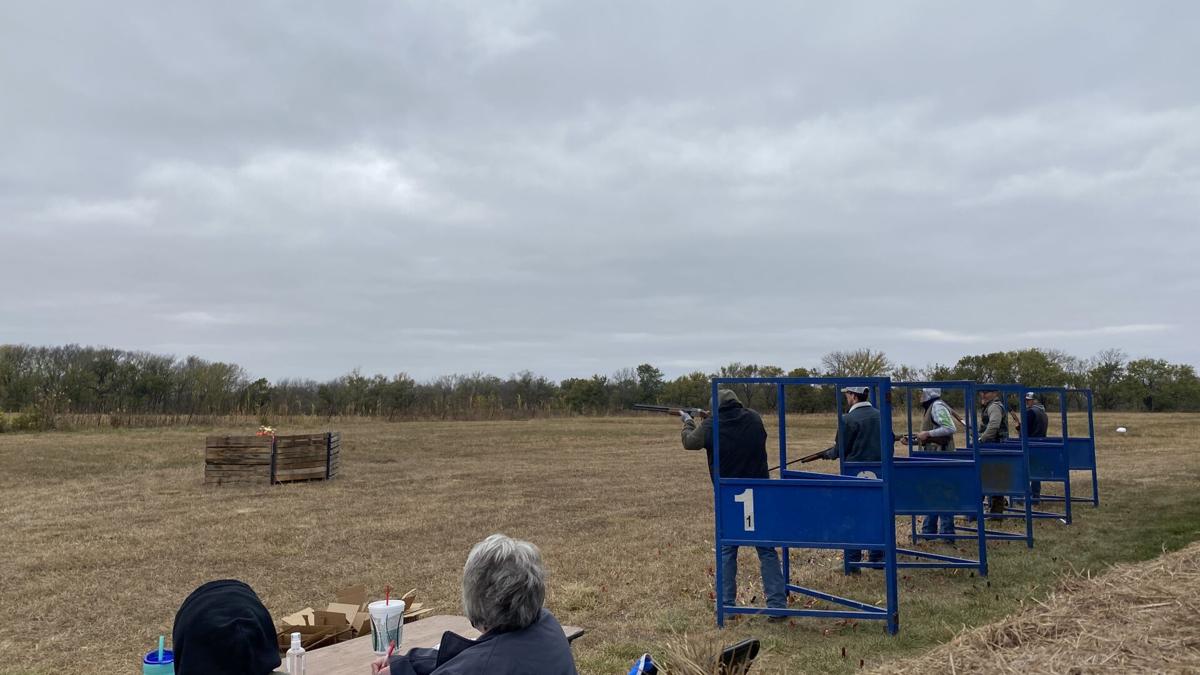 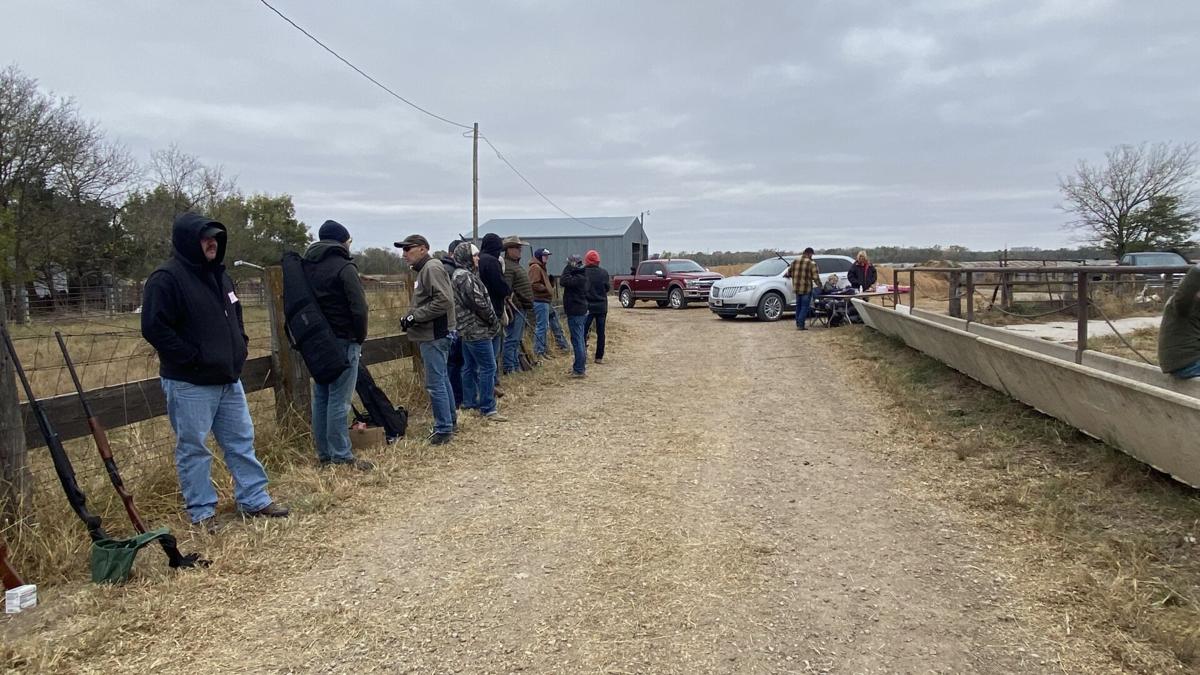 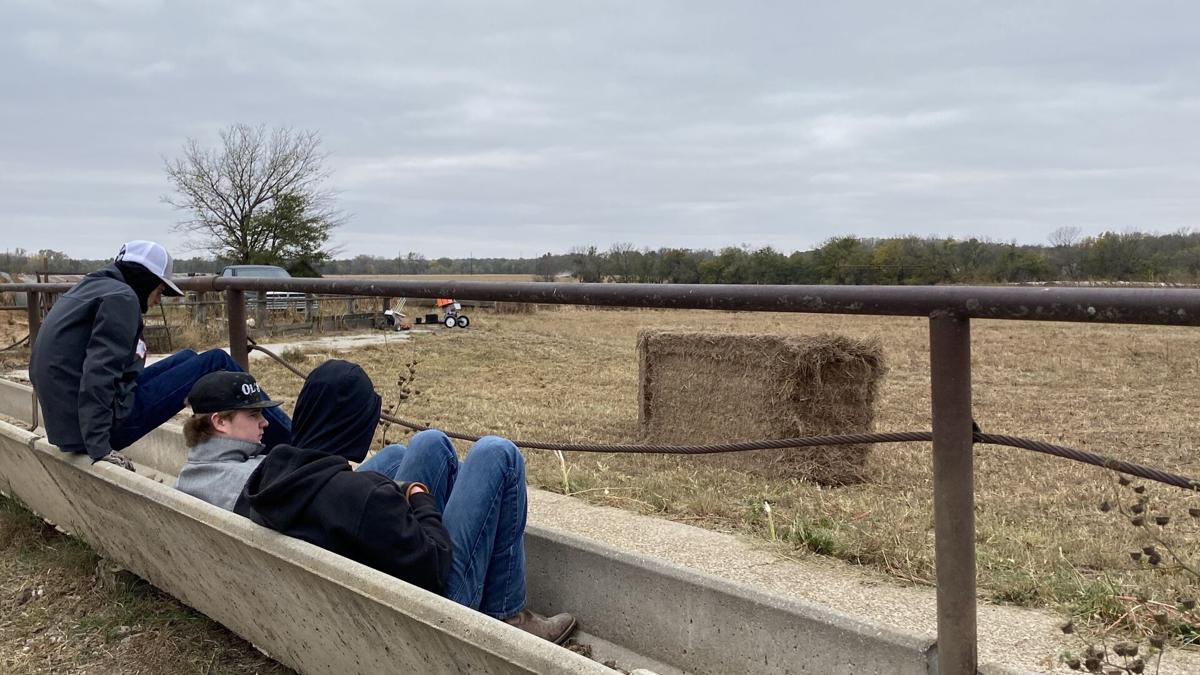 Lisa Fuller takes a break inside from the cold during the Gary Dean Fuller Memorial Shootout, Saturday afternoon, at the Fuller family farm in rural Emporia.

A crowd enjoys a meal — and some heat — Saturday.

The event, held at the Fuller family farm in rural Emporia, raises money for Lyon County 4-H activities and scholarships. Gary Fuller, who died in 2014 at age 49, was a lifetime member of the Cloverleaf 4-H Club and had been involved in a number of 4-H activities over the years.

“Gary and I had two sons, and one of the things that they liked to do was shoot clay targets,” said Lisa Fuller, Gary’s wife and event organizer, said. “We didn’t have a lot of downtime and didn’t take a lot of vacations so we just did what we can.”

After her husband’s death, Fuller said the family struggled over what to do with the money from the memorial fund. They wanted to do something that would give back to the causes important to Gary in a meaningful way.

“We wanted to give it to the 4-H program in some fashion,” she said. “It’s a family organization and that’s what we are about is family.”

The family first designed buckles to be awarded for champion showmanship, where 4-Hers exhibit their animal and the best parts of it. Fuller said she and Gary always emphasized to their children that showmanship was the one thing they had control over, because if they “cared for your animals, you’ll reap the rewards.”

The buckles, first given out in 2015, are handmade and designed each year by Fuller and 4-H Youth Development Extension Agent Corinne Patterson.

Three years ago, the family started the GDF Memorial Shootout as a way to keep the memorial funds going. Fuller said the family has been taken aback by the generosity of donors over the last few years.

“We had some extra money so we started giving some things away,” she said.

The Gary Fuller Spring Classic, hosted by Lyon County 4-H in the spring as a way to get 4-Hers some practice showing their animals in the ring before the Lyon County Fair, gives local kids a chance to win something they can use for their projects.

Last year, the family gave away nearly $2,000 in scholarships.

Hosting the event in the age of COVID brought some new challenges, but none Fuller wasn’t ready to meet head-on.

“There are risks with anything,” she said, adding that her sons couldn’t attend this year because they were both on quarantine. “We weren’t really sure how people would feel about coming out, but we’ve had a great turnout. I’ve asked people to wear masks getting food, and we have plenty of space to spread out.”

Fuller said those participating had a chance at winning some great prizes, including a lifetime hunting license from Twin Rivers Junior Shooting Sports that would be awarded to one of the youth participants.

“This just supports a good cause, in my mind,” Fuller said. “We try to give back to our community as much as they gave to us in our time of need. I think that’s the biggest thing; we just want to give back to the community that gave to us, because you don’t know until you’re there.”

"We try to give back to our community as much as they gave to us in our time of need."