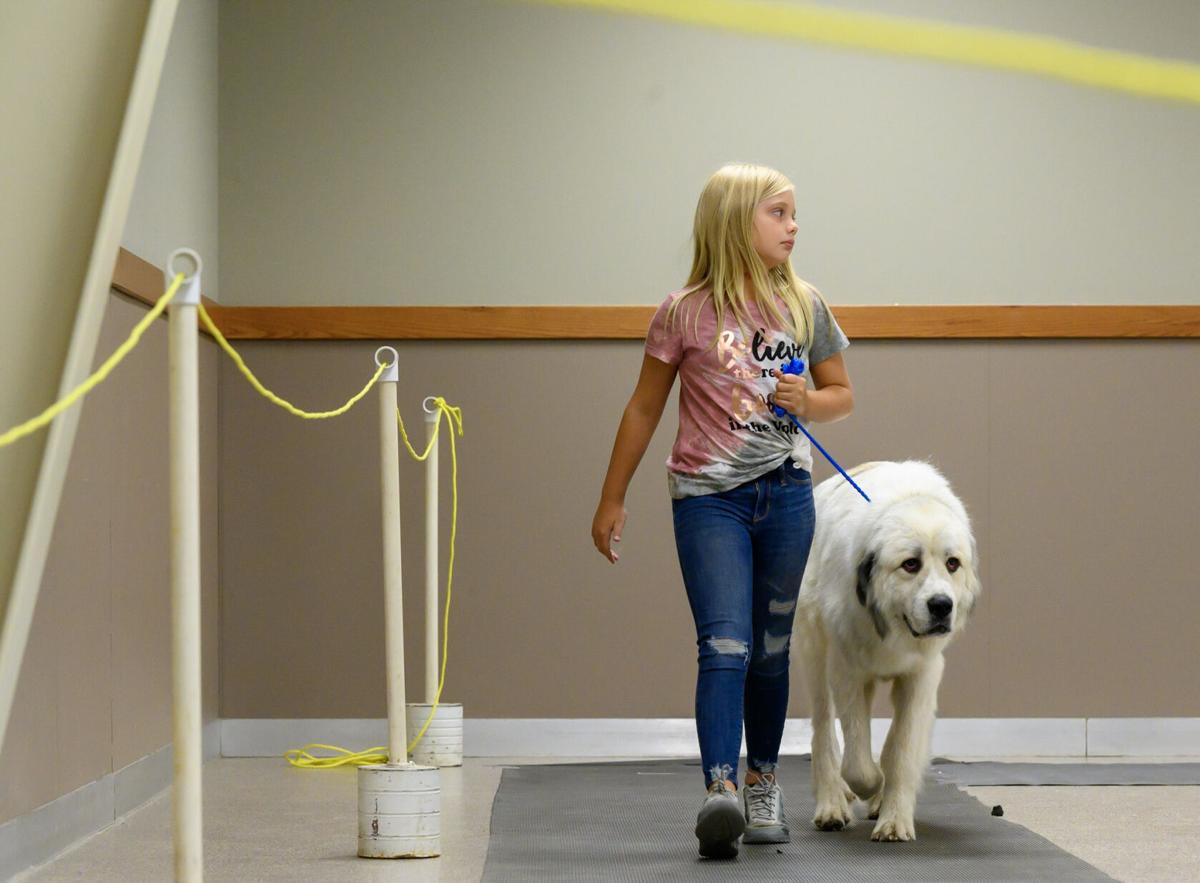 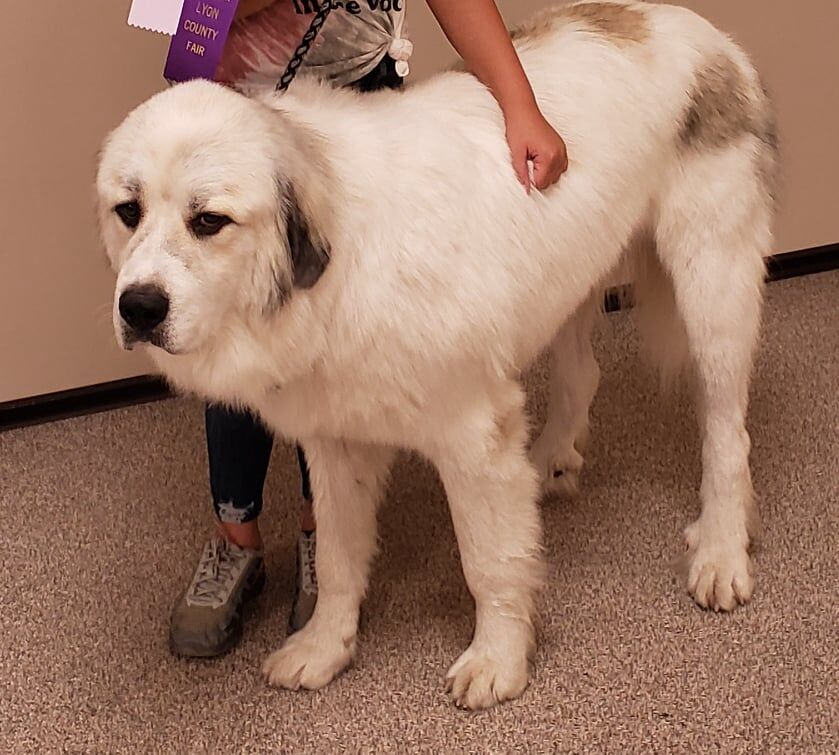 Ruger is a Great Pyrenees who went missing north of Emporia on Aug. 9. 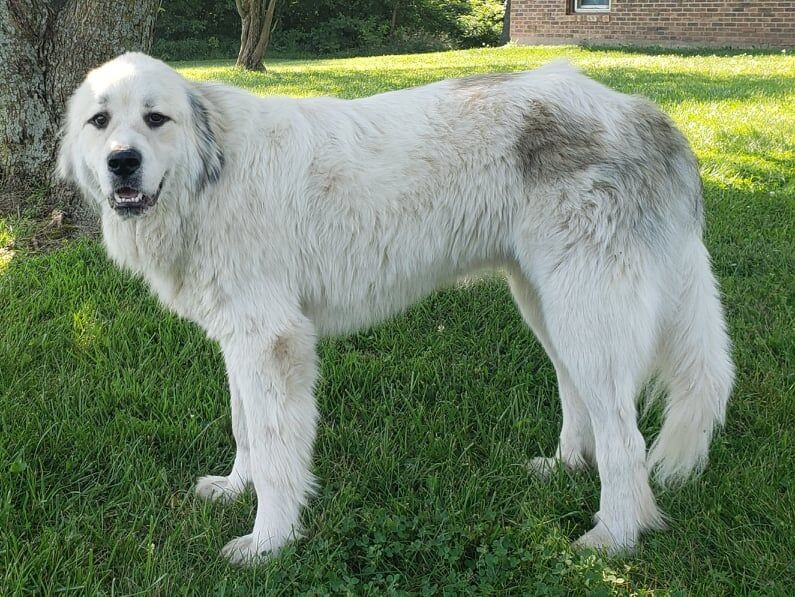 Ruger has fluffy white furry and brown spots on his back side.

Melissa Johnson’s daughter sits with Ruger, right, and his brother. 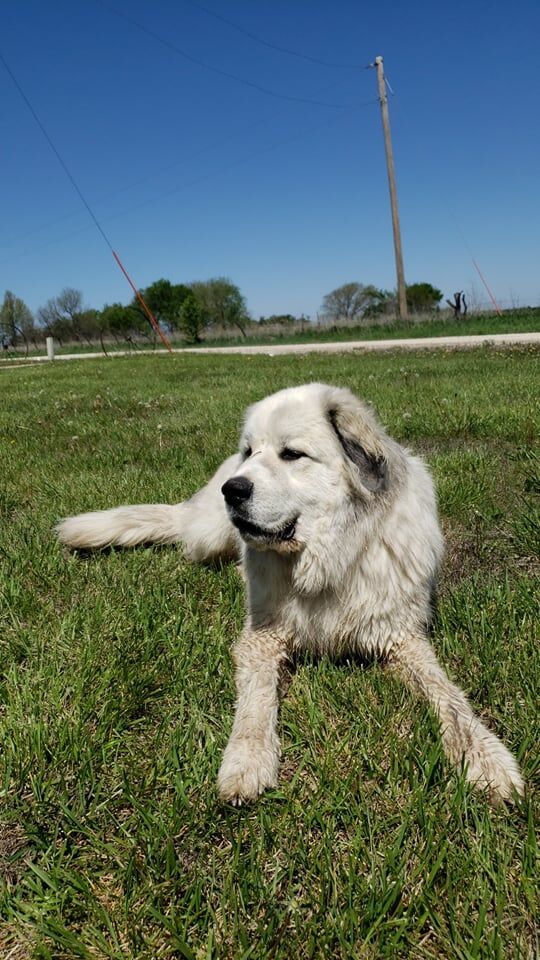 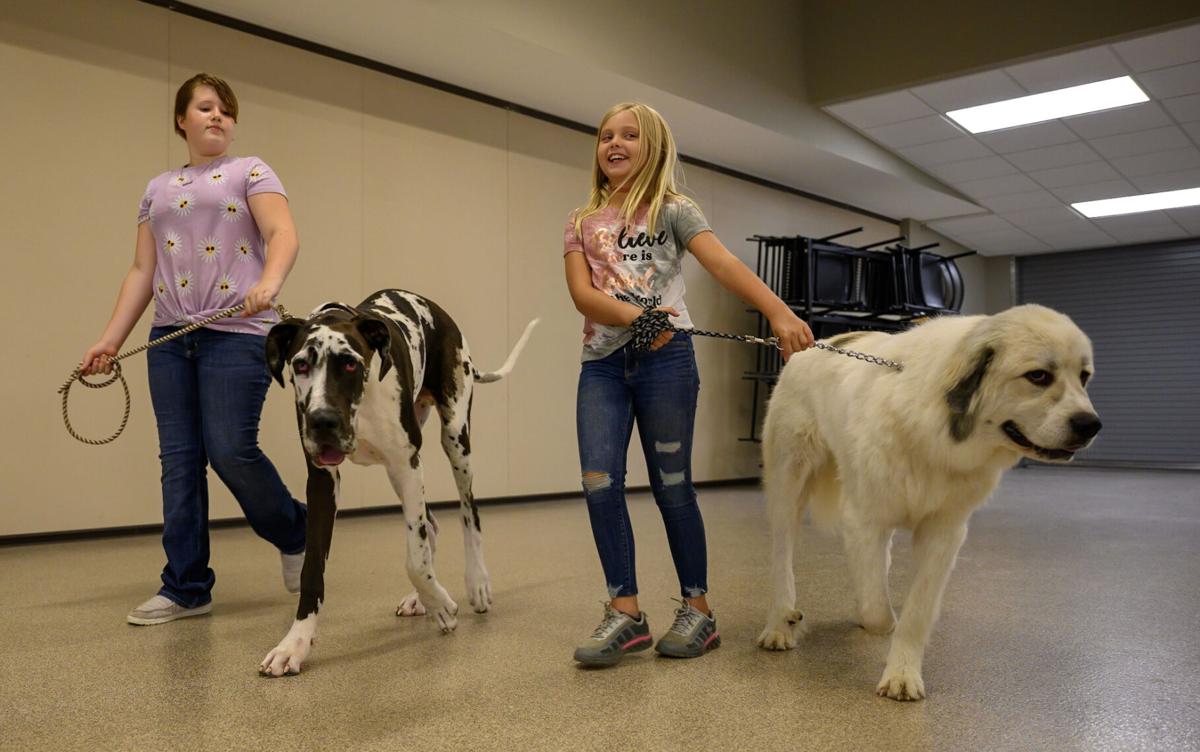 Ruger is a Great Pyrenees who went missing north of Emporia on Aug. 9.

Ruger has fluffy white furry and brown spots on his back side.

Melissa Johnson’s daughter sits with Ruger, right, and his brother.

Melissa Johnson told The Gazette that Ruger was found deceased Tuesday morning. We extend our condolences to the family.

A local family is hoping for the return of a beloved family dog that has been missing since Aug. 9.

Melissa Johnson said she was outside with her all of her dogs that evening to check the mail. The family, who lives north of the turnpike on Road 220, usually let the dogs out into a fenced-in backyard. Sometimes they’ll go hang out in the front yard.

That evening while they were out front, Ruger, a one-year-old Great Pyrenees, took off after something in the woods.

“We live out in the country and he heard something and took off after it,” she said. “I took all the dogs with me and we headed back into that wooded area. I saw him at one point kind of jet past me — he was chasing a rabbit or something.”

Johnson said when it got dark enough that she couldn’t look for him anymore, she went back to the house. While Ruger has gotten out before, he’s always made his way back home.

“I texted all of my neighbors before I went to work and I even went out to the highway and checked to make sure he hadn’t been hit,” she said. “Nobody’s seen him and that’s the thing. The turnpike is kind of our backyard — it’s a ways back — but I worry that somebody took him. I have no doubt he’d just jump right into somebody’s car because he’s so friendly.”

Normally wearing a collar with all of his contact information on it, Ruger was still wearing his show collar from the Lyon County Fair where he had recently won reserved grand champion in showmanship and grand champion in obedience with Johnson’s daughter Kinsley.

“I call the KTA every day just to make sure he hasn’t been hit because he would be a big animal in the road,” she said. “I call the sheriff’s office every day. I just feel like he’s alive and I feel like he’s somewhere and somebody took him. Just for him to go completely missing and knowing that he’s ran off before and that he’s always come back home. And that’s what pyrenees are known for; they’re known for wandering and they know their territory.”

Johnson said her daughter is sad but staying hopeful when it comes to her dog’s whereabouts.

It’s hard for Johnson to not think about all the “what-ifs” when it comes to Ruger. Though she’s hoping if someone does have him that they are taking good care of him, she worries that someone else might mistreat him.

“Our dogs get treated so well at our house,” she said. “They eat great food and they sleep on soft beds. Just the thought of him being chained up or who knows what happening is hard.”

“You hear stories those stories of dogs who go missing for months or even years and some crazy thing with some person at some place at the right time finds them and they get back home,” she said. “We just want him back.”

My condolences to the family.