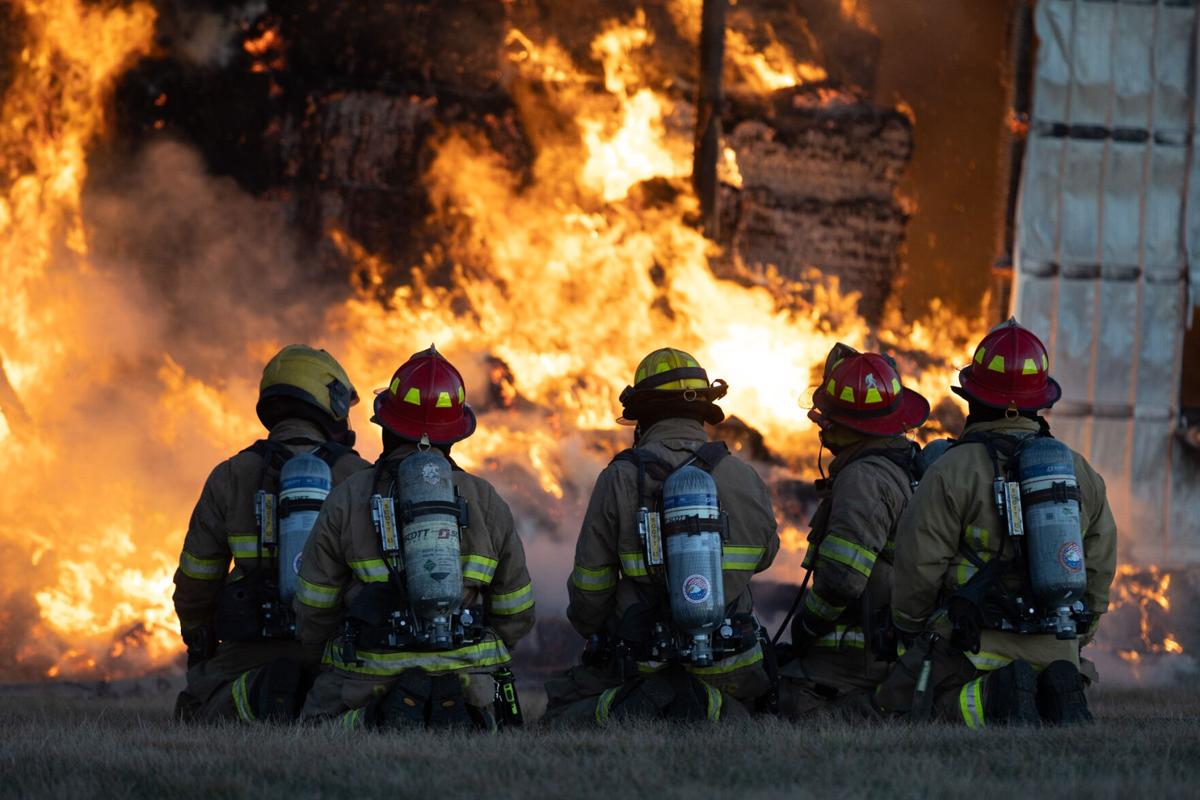 Firefighters watch a blaze overcome a barn in the 1200 block of Road M, Tuesday evening. 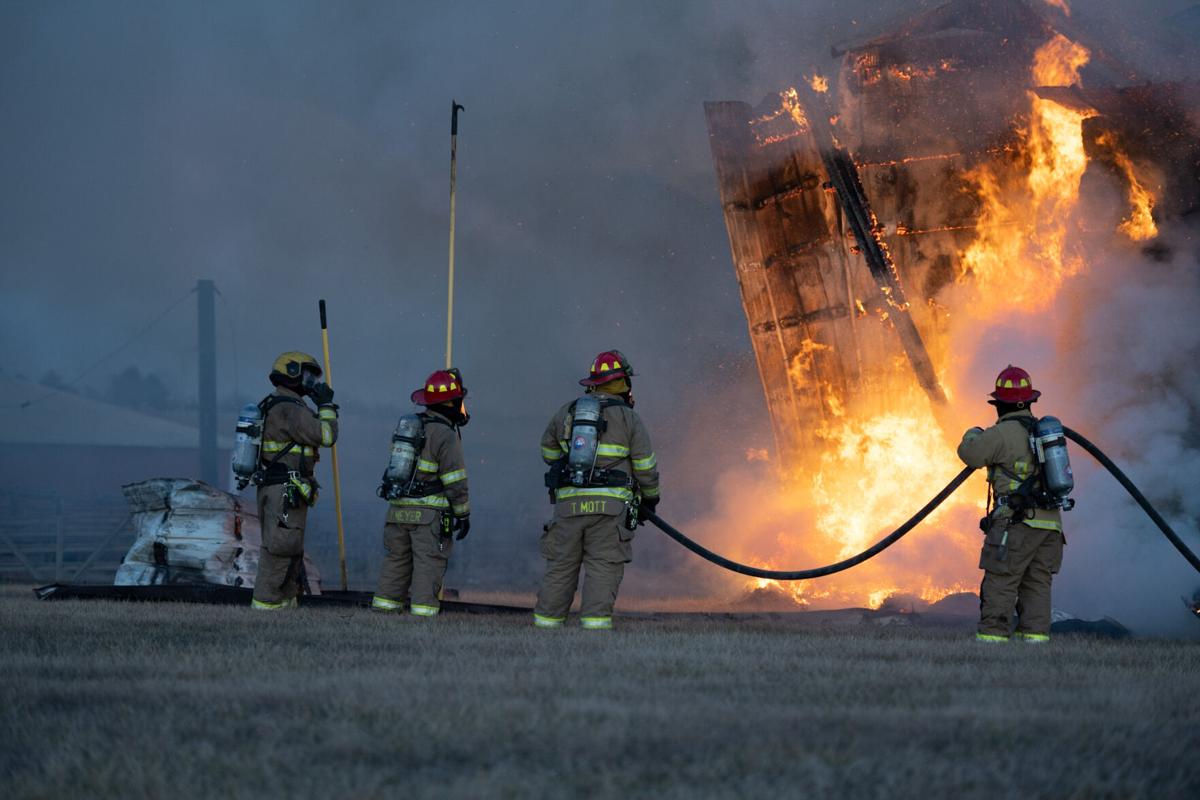 A fire destroys a barn structure in the 1200 block of Road M, Tuesday evening, about six miles south of Emporia. 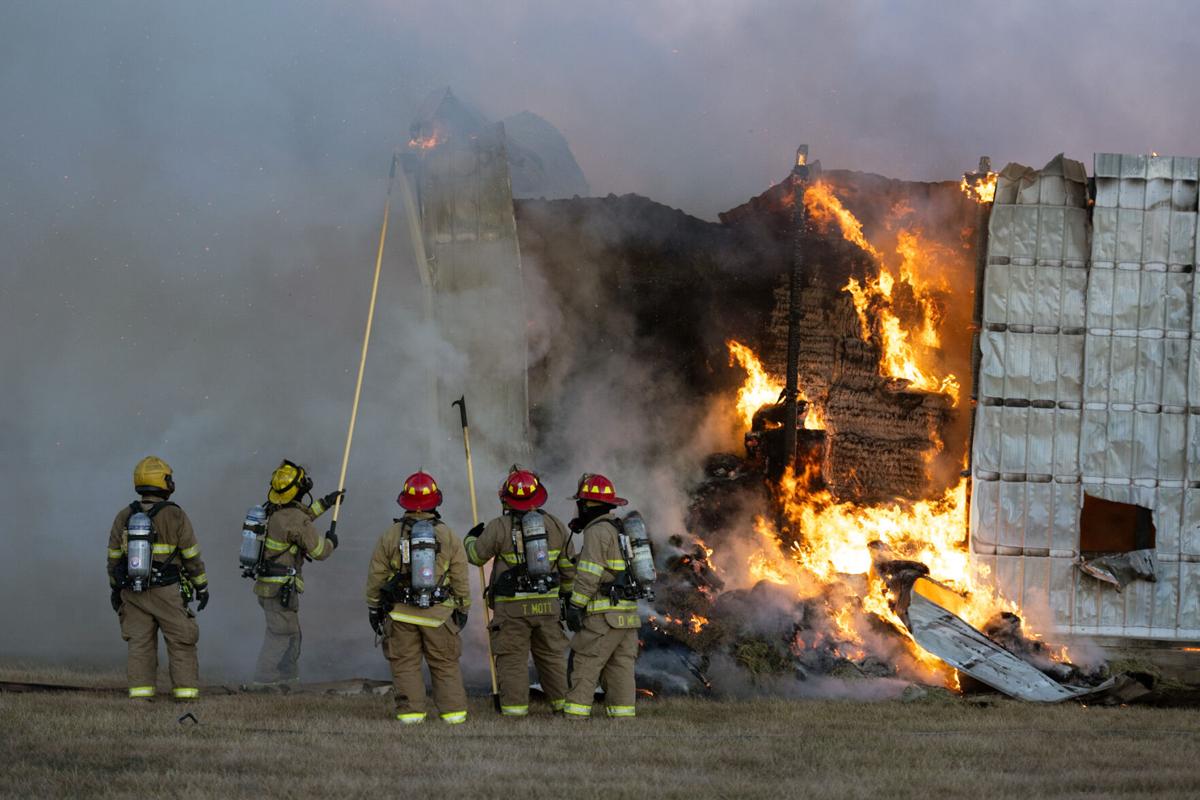 Fire crews pull at the sides of a collapsing barn structure, Tuesday evening. 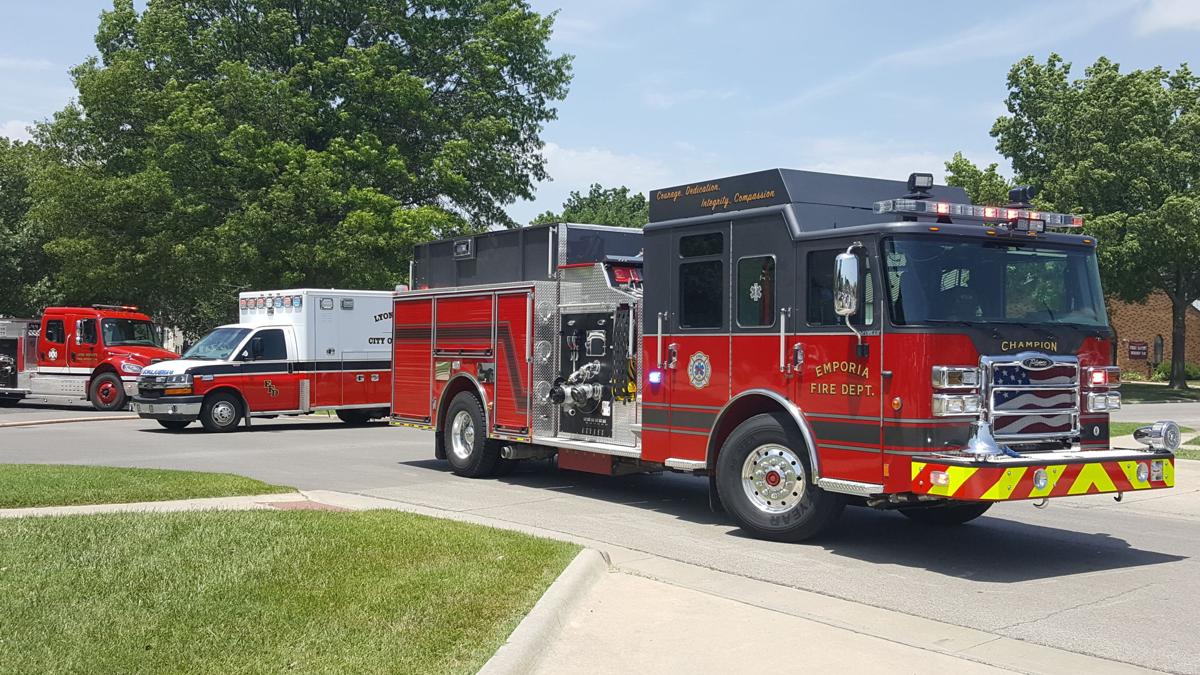 Firefighters watch a blaze overcome a barn in the 1200 block of Road M, Tuesday evening.

A fire destroys a barn structure in the 1200 block of Road M, Tuesday evening, about six miles south of Emporia.

Fire crews pull at the sides of a collapsing barn structure, Tuesday evening.

No injuries were reported after a barn, several pieces of farm equipment and more than 300 bales of hay were destroyed in a fire, Tuesday evening.

Just before 4:30 p.m., Lyon County dispatch toned out for reports of a structure fire in the 1200 block of Road M.

According to Emporia Fire Department Battalion Chief Eron Steinlage, the fire originated inside of the 30-by-50-foot barn structure and was accidental in nature. Upon arrival, no flames were showing on the outside of the structure but one of the tractors inside of the barn was fully engulfed with heavy smoke billowing outside.

"Upon completion of our investigation, we determined there was engine trouble with one of the tractors [inside the barn]," Steinlage said.

While wind was not a factor in putting out the blaze, Steinlage said the positioning of the equipment inside of the barn contributed to the swift spread of the flames into the rafters.

The intensity of the blaze caused the roof to collapse, but Steinlage said there were no injuries to fire personnel or animals.

"That helps with getting the bales out," Steinlage said.

Crews were expected to watch the bales burn until the morning hours, with mild wind gusts of 5 - 10 miles per hour expected overnight.

"...accidential in nature." should read, "...human negligence in nature." There is no such thing as an accident, i.e., an event that is inevitable and cannot be prevented. Fire Departments should stop using that term.

Do you have to work at being the way you are or were you born that way?

Moving hay bales ,....somehow Coffman will still manage to screw that up.