You are the owner of this article.
Edit Article Add New Article
You have permission to edit this article.
Edit
Home
News
Sports
Obituaries
Area News
Print Edition
Magazines
Covid19
Classifieds
Subscribe
1 of 9 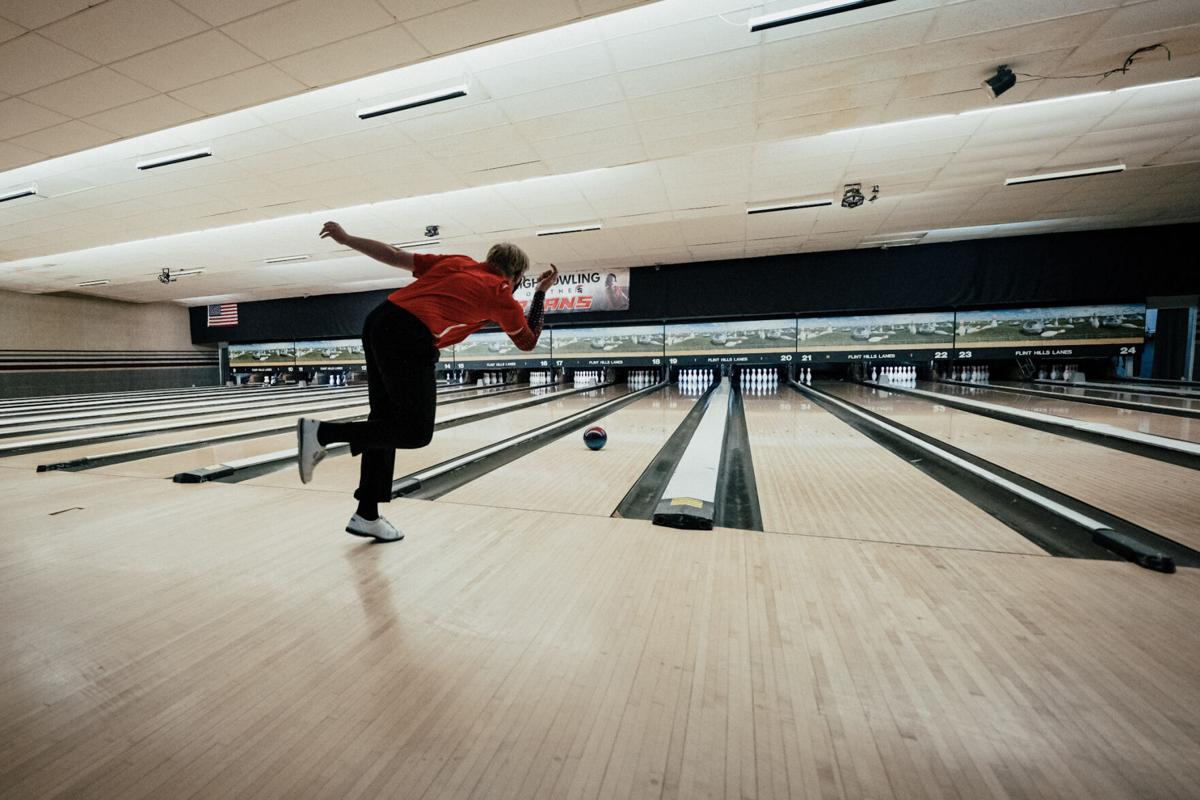 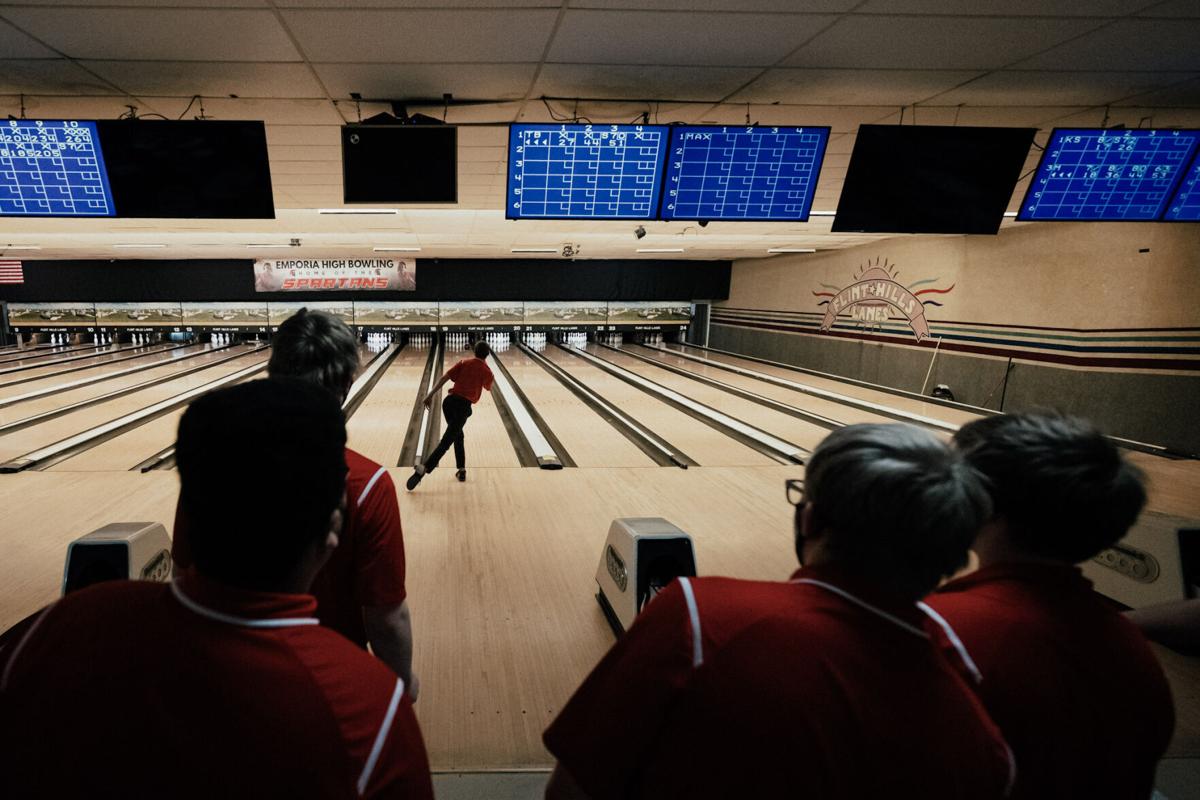 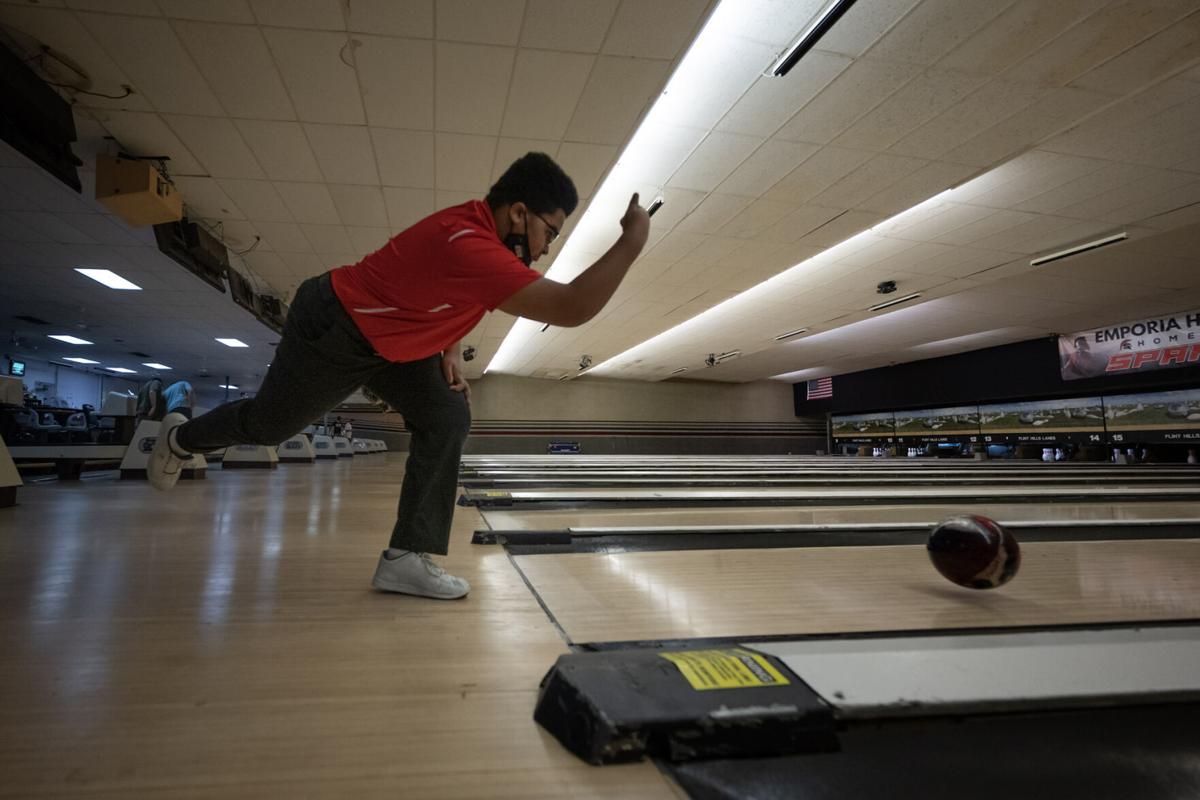 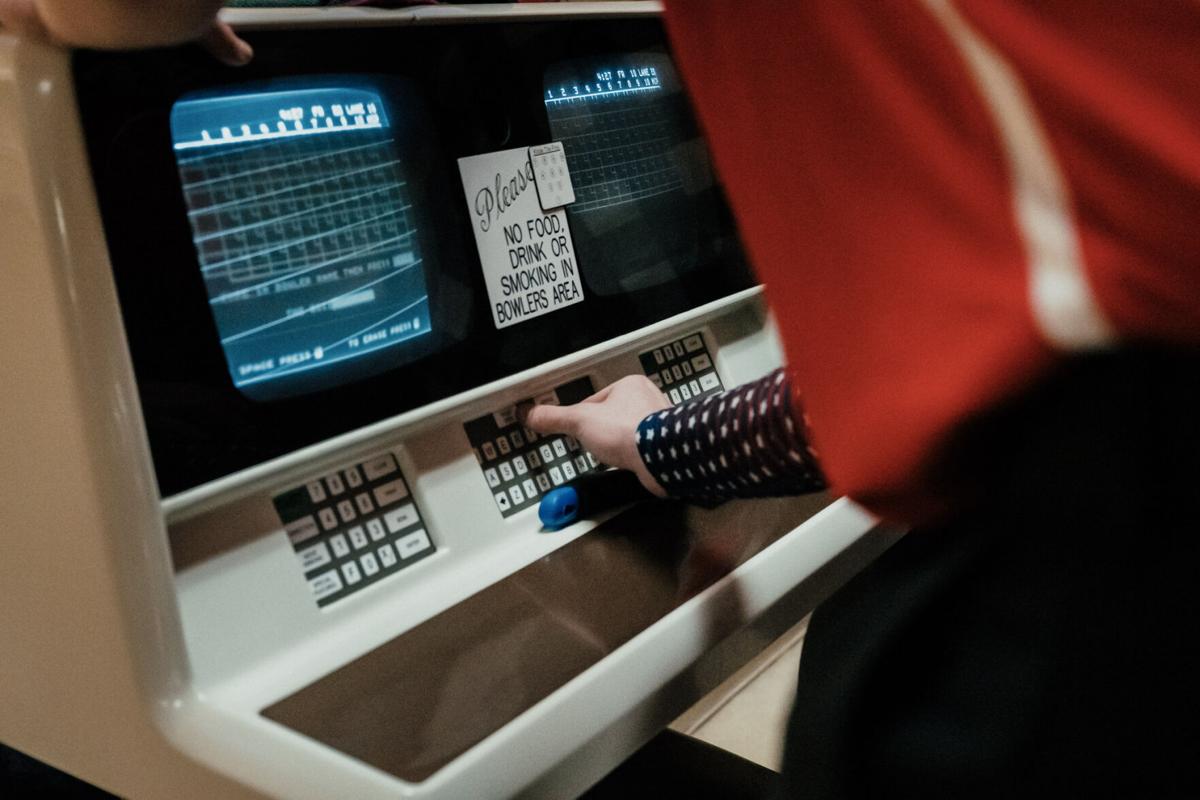 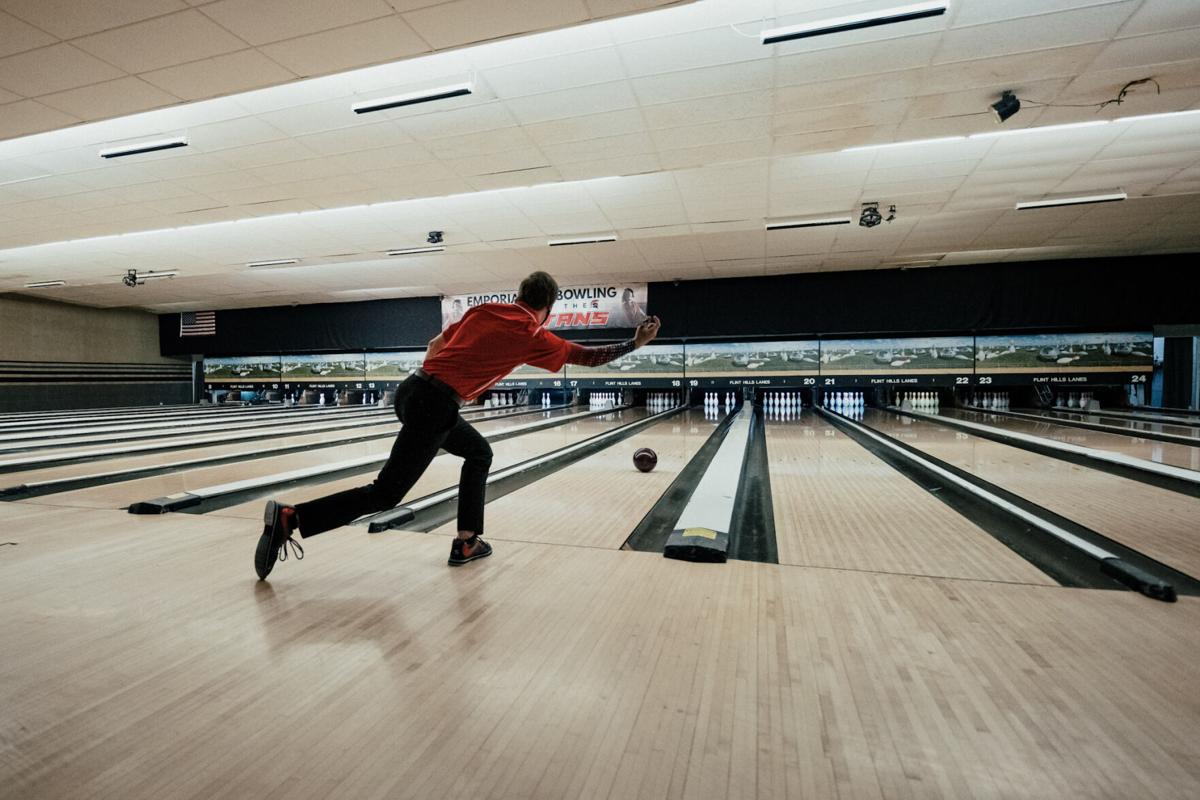 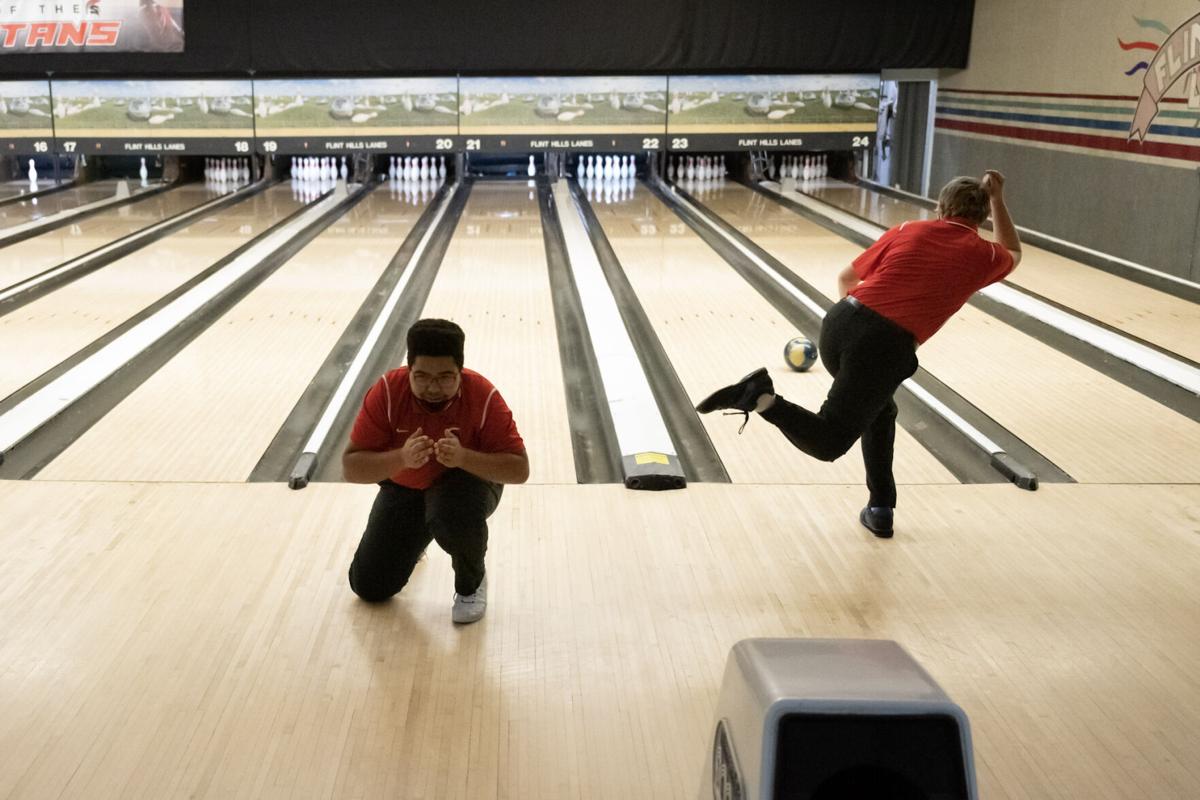 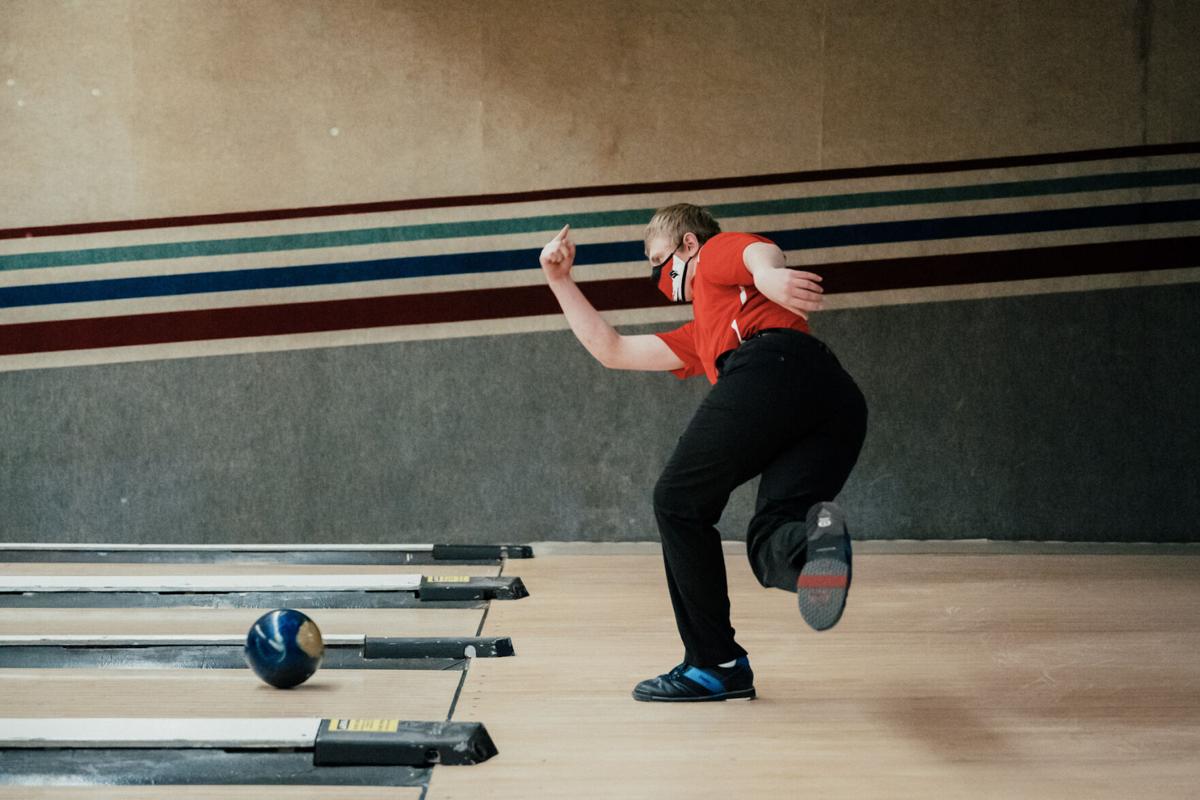 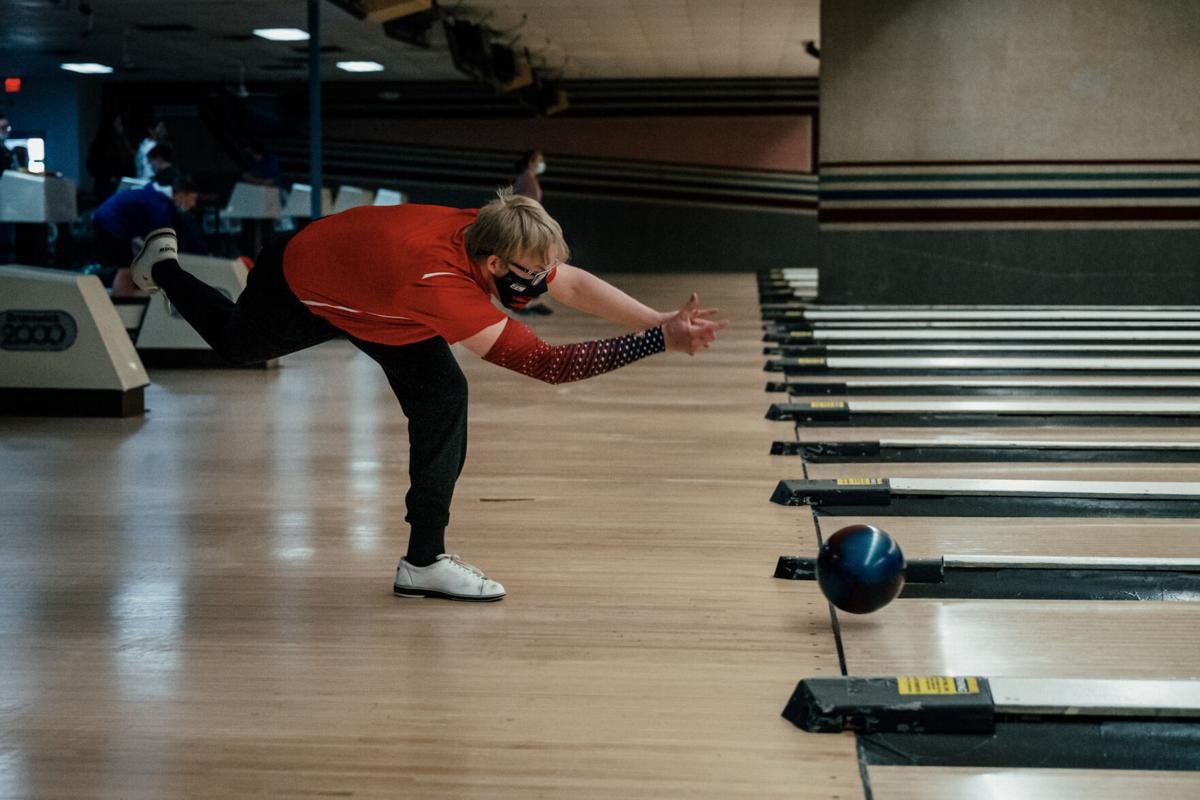 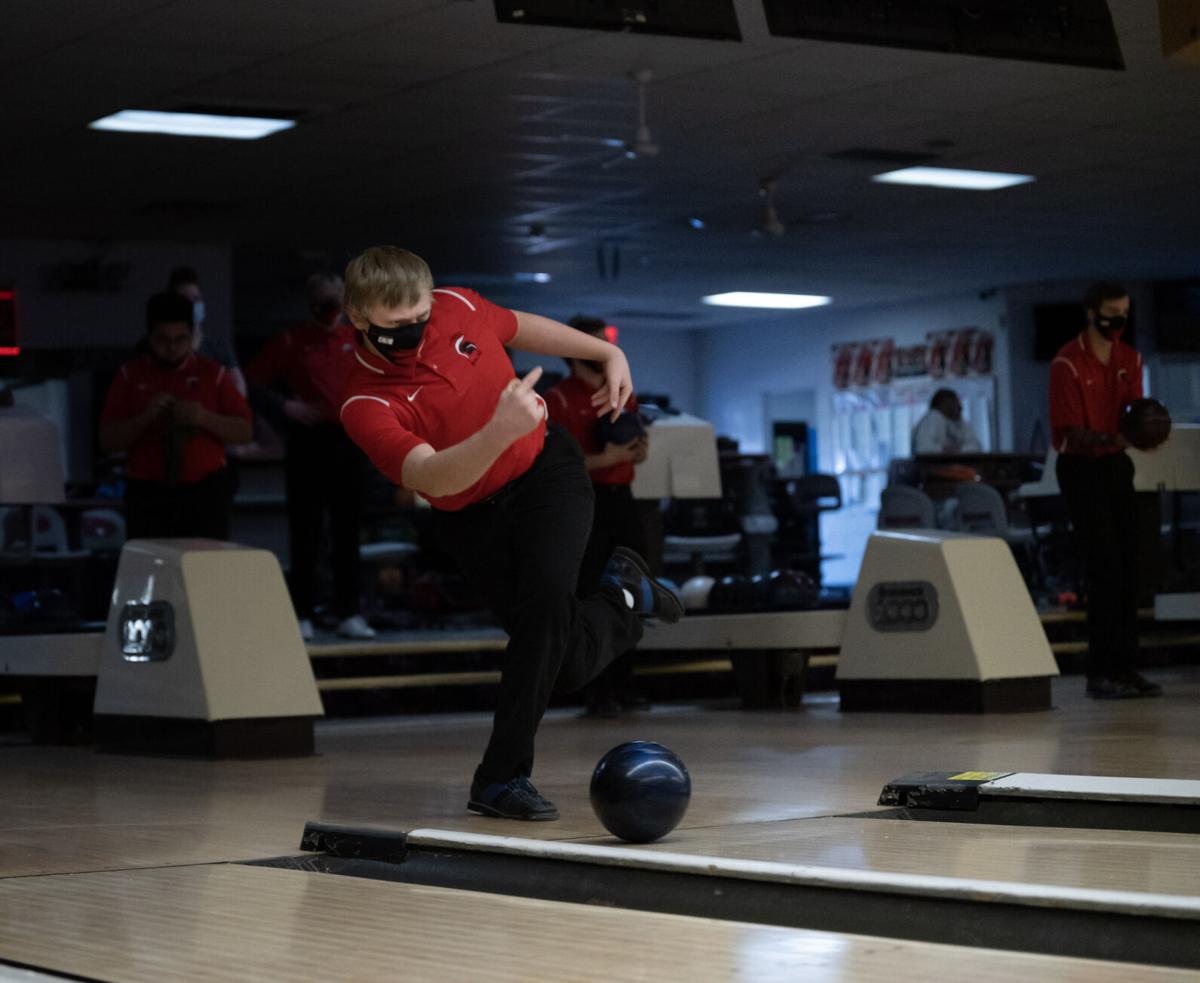 The Emporia High boys bowling team took fifth out of 10 teams at the 5-1A state tournament on Thursday afternoon.

“Top five out of the whole state of Kansas in 5-1A? That is outrageously amazing. That is something to be proud of,” said second-year Spartan head coach Kimberly Vanley.

The Spartans held on to fourth place throughout most of the day, but they finished with a total pin count of 3,113, which put them just 83 pins behind fourth-place finisher Bishop Carroll.

Even though a fifth-place finish was an incredible achievement for a team that hadn’t been to state since 2016, Vanley said her bowlers still wished they had finished higher.

“You could see the disappointment in their eyes,” Vanley said. “They were just like, ‘If I would have bowled a little better, if our bakers’ games would have been a little better, we could have beat them. … But I told the boys, ‘That’s amazing. One: we didn’t have to quarantine the whole team, we made it the whole season without COVID affecting us. Two: you made it to state. And three: you placed fifth. You were in the top five.”

Sophomore Khalil Sanchez was the top Spartan bowler, finishing 11th with a total score of 649. Junior Chase Swift took 19th with 618 and senior Tanner McGuire earned a 44th place finish with a 540 score.

For Sanchez, his 11th place finish at state — which he earned by bowling his personal best — is a fitting reward for the hard work he has put in over the past two years.

“Back when I was in eighth grade, I heard about bowling and I wanted to try it out, so I tried out for the middle school team but I did not make it,” he said. “But one of the coaches offered me to be a manager for the team, so I became one. After that, I had been pushed and pushed to do bowling and I practiced for a whole year.”

Sanchez tried out again his freshman year and made the junior varsity team, which he said was “all good.” But then one day at practice, Vanley approached Sanchez with thrilling news.

“She told me that I was on varsity,” Sanchez said. “And I was really excited because one of my goals was to be on varsity.”

At the end of his freshman year, Sanchez finished in the top 20 at regionals and earned a varsity letter.

“After that, I practiced a lot more and here I am right now,” he said. “And this is only my third year in bowling. … Throughout my childhood, I’ve been going sport after sport after sport, and I’ve been trying to find the one sport that I’ve been trying to look for. And then I found bowling and it just stuck to me. I’ve been through soccer, I’ve been through baseball, football, through a whole bunch of different sports. And then bowling, I tried and then I stuck to it. This is my sport that I’m good at.”

Swift — who won the Andover regional and finished 19th at state — attributed his success this season to the wisdom his father imparted to him.

“Well, to be truthful, I listened to my father,” Swift said. “He’s a really good bowler and I never would have been here without him.”

Like most adolescents, Swift said it took some time for him to trust that his dad knew what he was talking about.

“At first, I really didn’t like listening to him, but now I know he was correct,” he said.

One of the most important lessons he learned from his father was how to manage his mental game, which is a vital factor in competitive bowling.

“Another thing my dad taught me, it’s just another routine,” he said. “For every ball you throw, you just keep going through the routine. Dry your hand off, wipe down your ball with your towel and then throw another shot.”

The state tournament was McGuire’s final competition with the Spartan bowling team, of which he’s been a member all four years of high school. He has already signed to bowl for Baker University next year, but the end of his career at Emporia still drew tears at state, according to Vanley.

“As a team, we’re a family,” McGuire said. “We really are. It’s going to be really sad next year when I’m gone, to not have that close bond. I’m going to miss all of these boys. I really am.”

Six other seniors will also graduate from this Emporia squad and Vanley said she would miss each of them. However, she is excited about the future of bowling at Emporia.

“My hope and goal for next year for not just Emporia High School but for the town of Emporia is … to bring home a state plaque [for finishing in the top three at state],” she said. “… We’re hopefully going to try and take both boys and girls [to state], so that is our goal. And after this season, those kids worked so hard, I know that they can do it.”