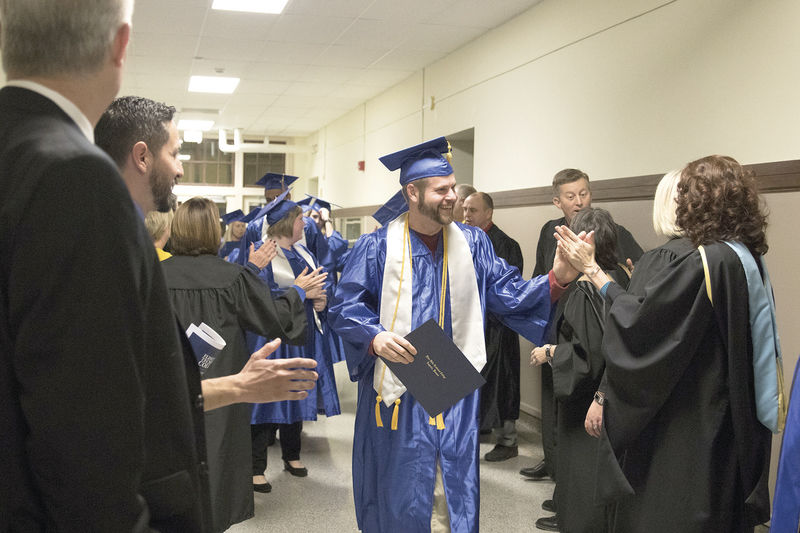 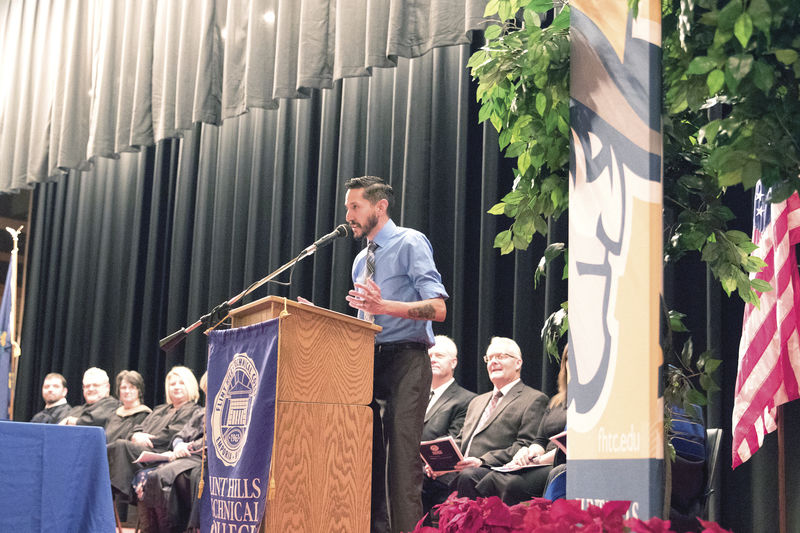 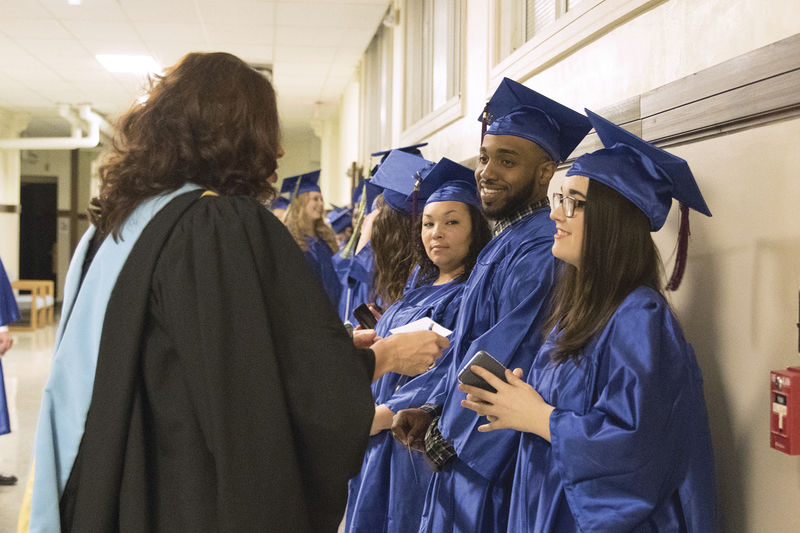 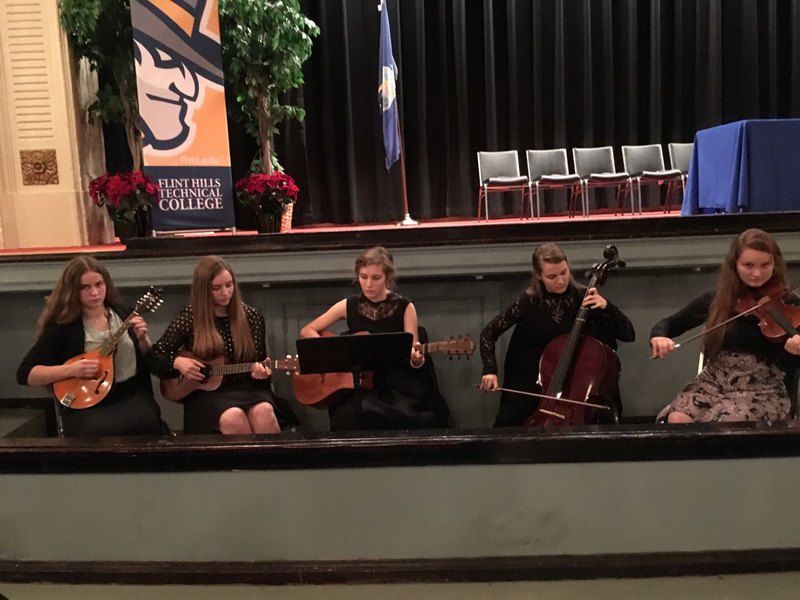 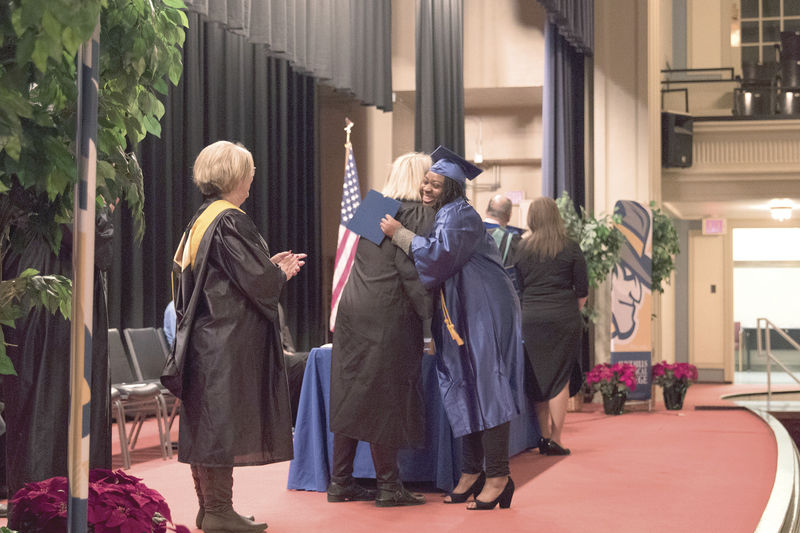 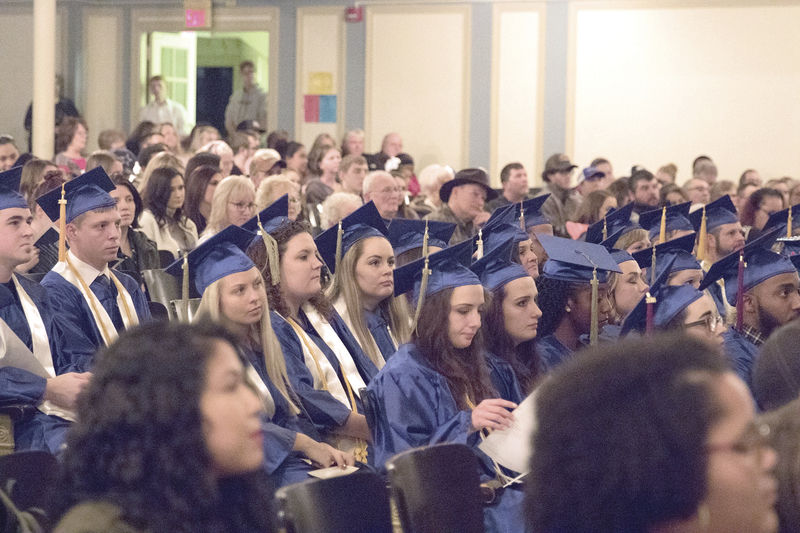 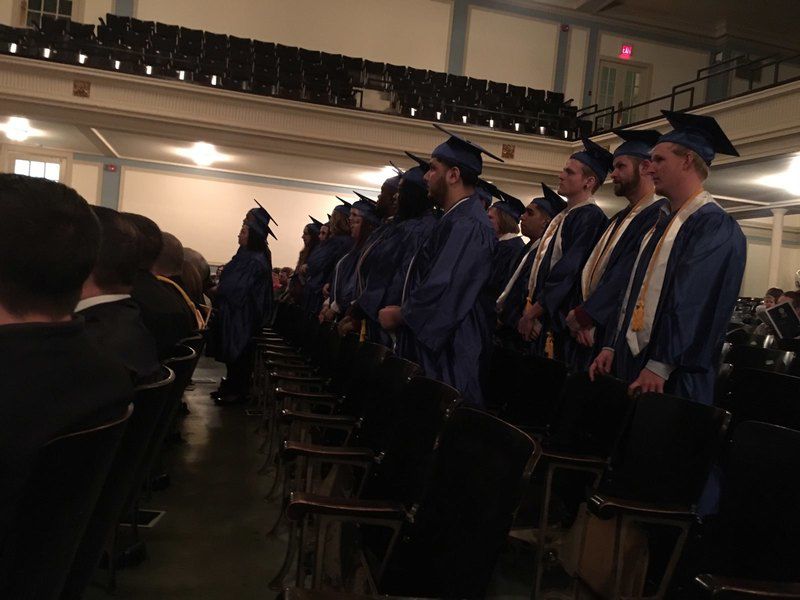 Zach Hacker/GazetteGraduates of Flint Hills Technical College stand to be recognized during Wednesday night’s ceremony at the Humanitarian Center. 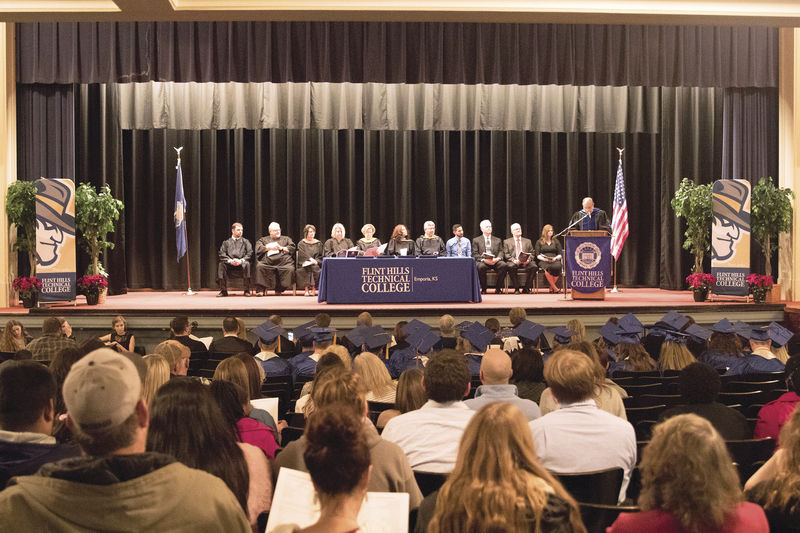 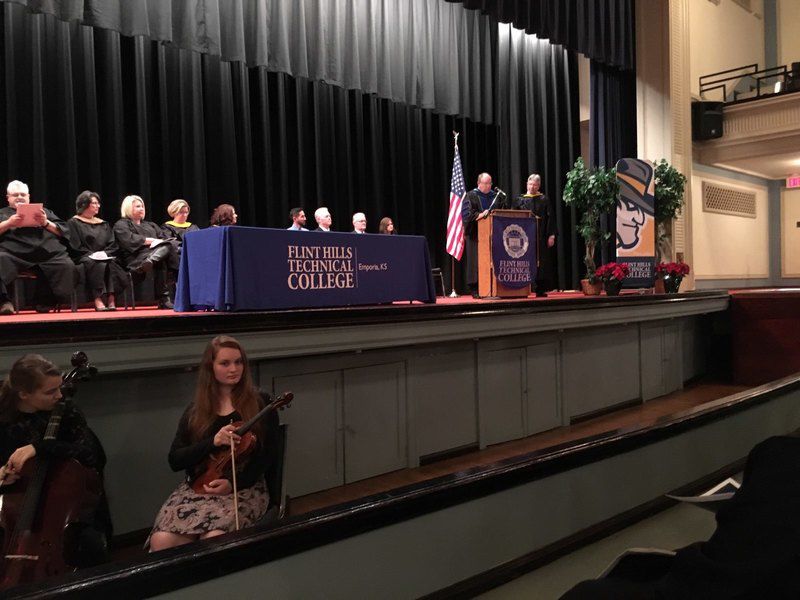 Zach Hacker/GazetteGraduates of Flint Hills Technical College stand to be recognized during Wednesday night’s ceremony at the Humanitarian Center.

Jorge Cazares said nobody ever believed in him.

That is, until he found his calling at Flint Hills Technical College.

A native of Emporia and 2013 graduate of FHTC’s Hospitality and Culinary Arts program, Cazares told his inspirational story of how he became a successful chef during the keynote address Wednesday during FHTC’s Winter Commencement Ceremony at the Humanitarian Center.

“Congratulations; this isn’t easy. Believe me, I know,” he told the graduates along with an auditorium full of family, friends and well-wishers. “Like many of you, I was chewed up and spit out by the traditional school system.”

Cazares graduated from Emporia High School in 2001, but even that didn’t come without its share of struggles. The son of immigrants, he didn’t begin to learn English until he started school. He also had ADHD and had a difficult time keeping his grades up throughout his youth.

It seemed to many that he was a lost cause.

“My teachers told my parents that I wouldn’t amount to anything,” Cazares said. “They said I was a failure in the making. But the thing is, I knew I could succeed if I was just given a chance.”

After one failed attempt at post-secondary education following high school and several years off, he enrolled at FHTC in the Hospitality and Culinary Arts program. He knew he was a good cook.

Once he found something about which he was passionate, Cazares flourished. He graduated from the technical college with highest honors and a 4.0 GPA.

“After I was told my whole life that I was going to fail, I got to see my name next to ‘graduates with highest honors,’” he said.

Cazares has built a successful career in the culinary world. He has worked with several famous chefs, cooked for celebrities and made an appearance on the Food Network. He now owns and operates a high-end mobile eatery in Denver.

He commended the graduates for taking the chance to pursue a higher education even if the odds seemed to be stacked against them. He also encouraged them to keep taking chances, reaching and striving for what they wanted to do next.

“This isn’t the end,” Cazares said. “This is just a step, a notch signifying again that you didn’t let them stop you.”

A total of 54 students graduated from FHTC this winter, 26 of whom took part in Wednesday’s ceremony. One-by-one, their names were called and they crossed the stage to raucous cheers.

“Don’t forget that this is just the beginning,” FHTC President Dean Hollenbeck said. “There are going to be a lot of doors opening for you. We’re so proud of all of you.”

Congratulations Mr. Jorge Cazares!! All the best of success to you.

Shame on any teacher that tells someone they're a failure. They should be immediately fired and lose all benefits they accrued for such unprofessional and unethical conduct.

Teachers as bullies? Forever and always, trust me on that. I have seen what that can do to a student, and to me, it is much worse when it comes from a teacher. Great they could have someone give testimony to what an individual can do when they set their mind to it.