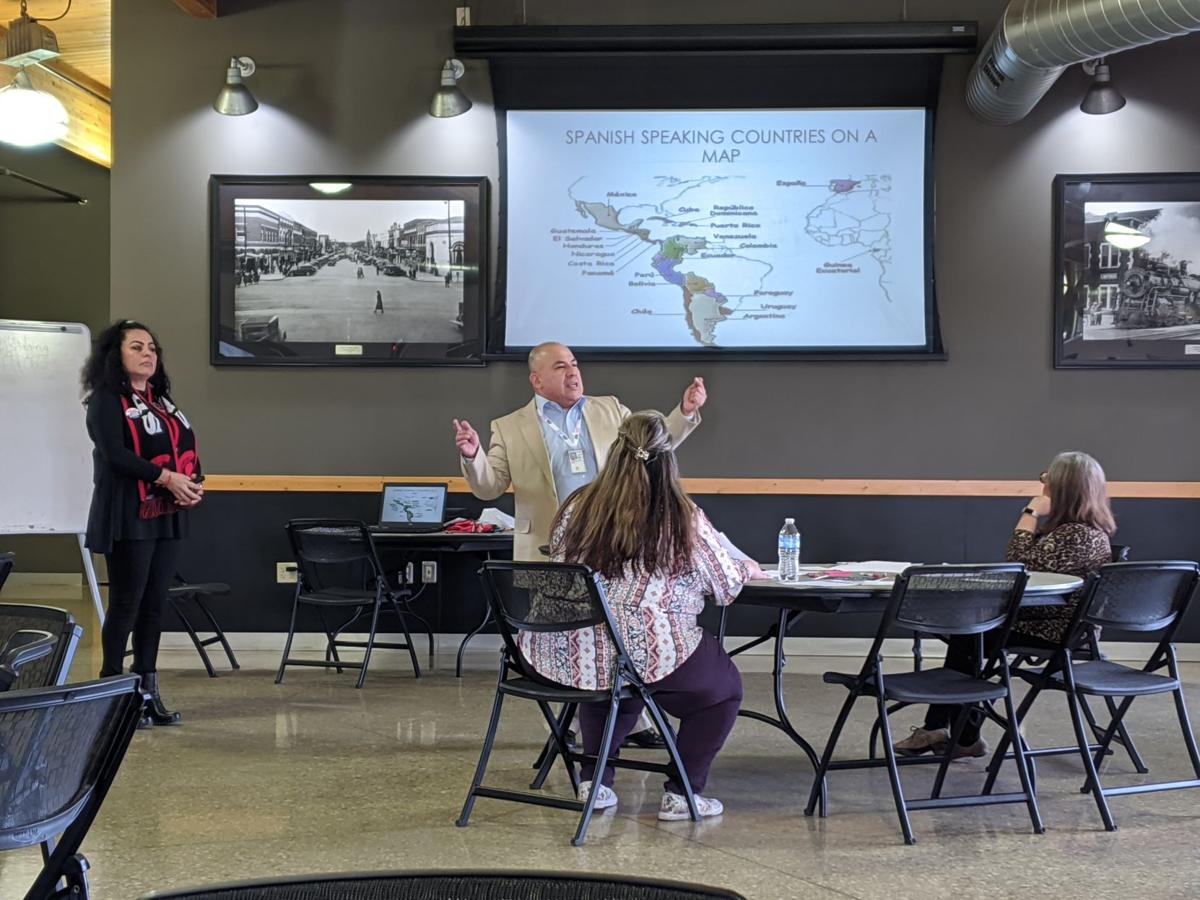 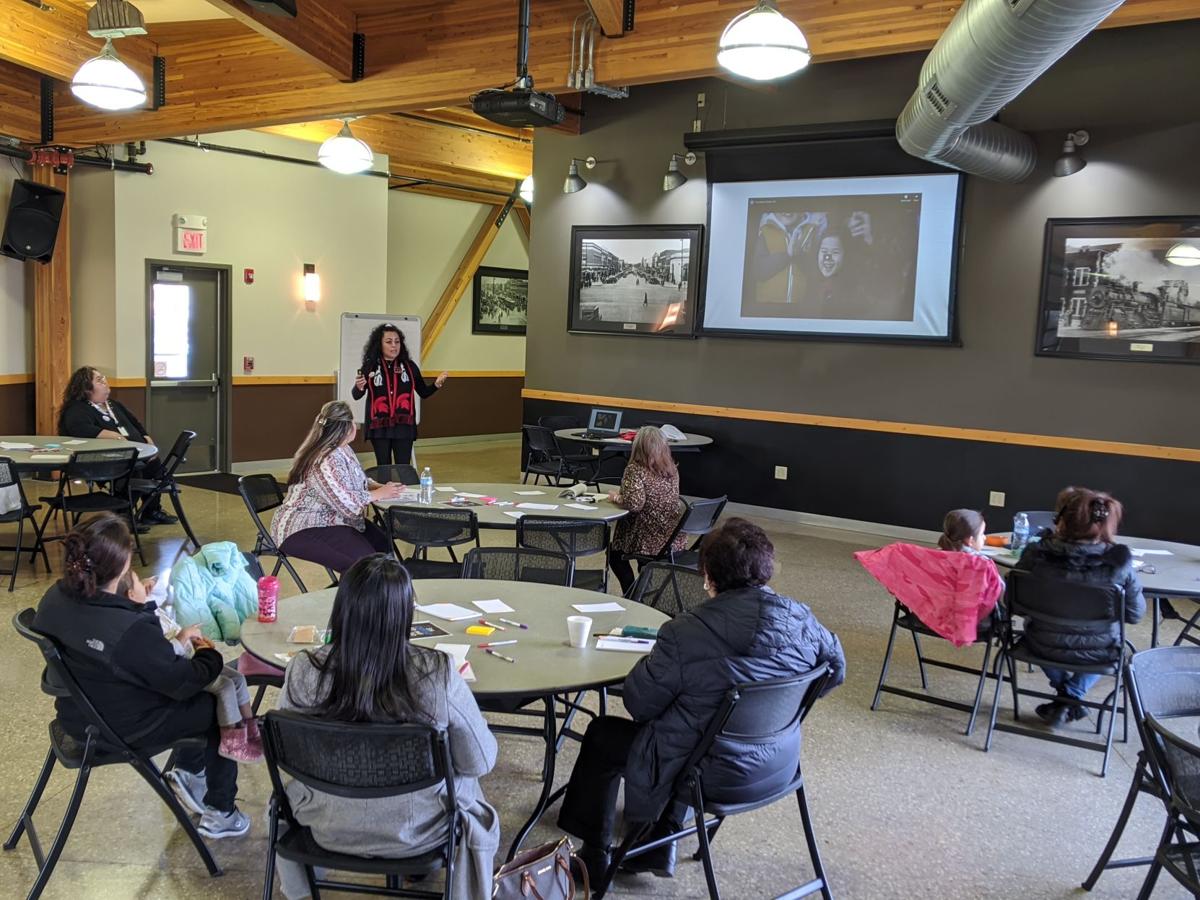 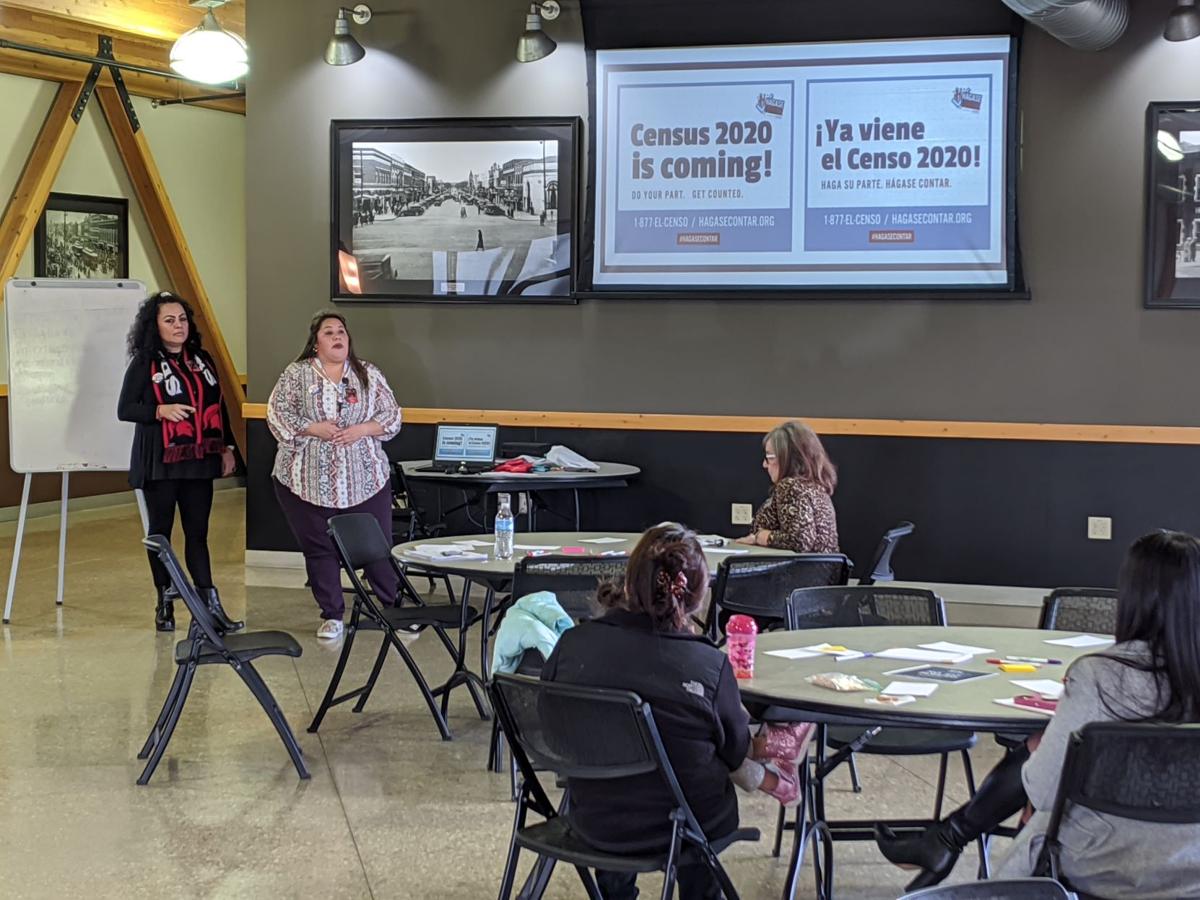 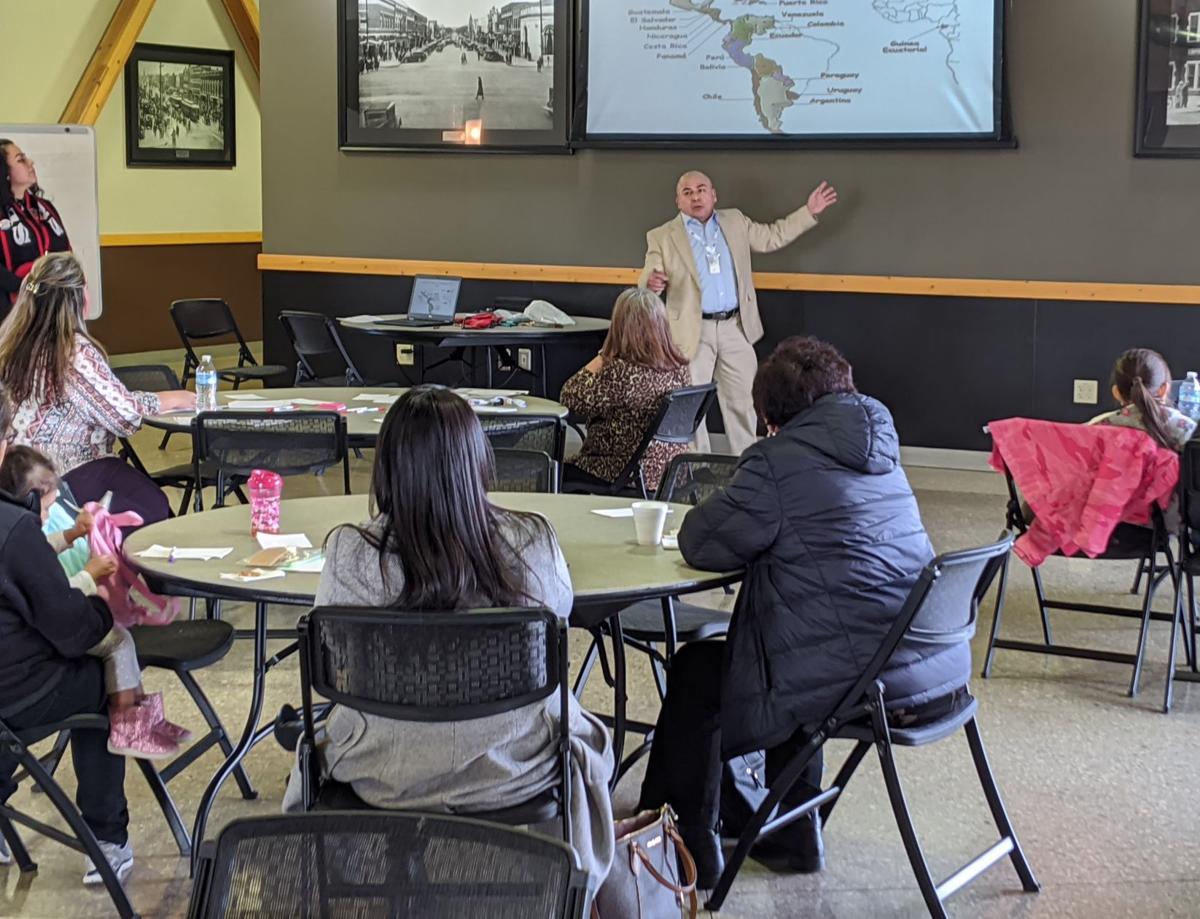 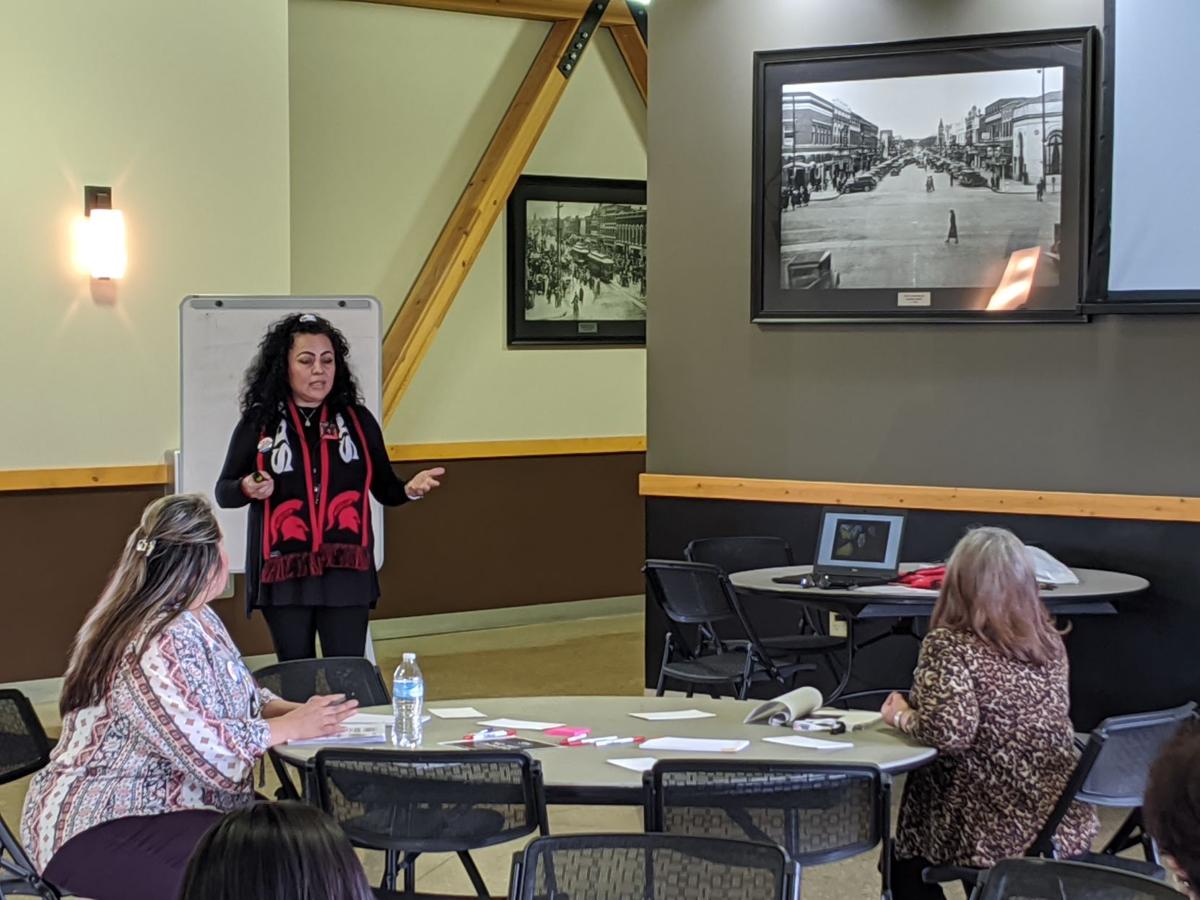 If attendees of Tuesday’s slate of census workshops at the Clint Bowyer Community Building learned anything, it’s that everyone counts.

US Census staff partnered with employees and representatives from the Emporia Migrant Education Program, Hispanics of Today and Tomorrow, the Las Casitas Association, Flint Hills Learning Center and St. Catherine Catholic Church to host the event, which was specially tailored for minority groups and non-English speakers. The purpose was to dispel any lingering myths or harmful mistruths about the process involved in counting the American population, as well as sharing the benefits of properly filing related census documents.

In emphasizing Saenz-Reyes’ points, US Census Bureau Partnership Specialist Carlos Urquilla-Diaz stressed the importance of filling out each question and ensuring every member of a household is counted accurately, even if some family members may just be living at a residence temporarily. For Latinos especially, Urquilla-Diaz said, it is important to pay close attention to questions related to race.

“You’ll see one question on [the census] that asks about Hispanic origin,” Uriquilla-Diaz said. “The reason for that is because — according to the US Census — Latinos are the only race that can put down either ‘black’ or ‘white.’ Hopefully the next census will have another choice, because a lot here would classify ourselves as brown … There are 21 Spanish-speaking countries in the world spread throughout North America, South America, Europe and even Africa, so hopefully we start to see some changes because as you all know, we’re very diverse. For instance, my family has nine members, of which I’m the youngest. Two of my siblings mark themselves as black, two as white and the others all write in ‘brown.’”

In closing, Uriquilla-Diaz attempted to address some of the fears surrounding the census for minority groups — especially undocumented immigrants. Uriquilla-Diaz said it would be very difficult, if not impossible, for other government agencies to access census data because of the oath of privacy taken by census workers.

“One of the things I had to do in order to get this job was to take an oath,” Uriquilla-Diaz said. “The oath I took is for life, and it basically says that we as census workers can never reveal information about you, your community or your state to anyone. We cannot share with any government agencies, we cannot share with any state or local agencies either — nobody at all. If I disclose that information, I would be tried … the punishment starts at five years in prison and can go as long as 22 years per conviction. The fine can range from $250,000 - $650,000. I think you’ll find that most of us are very aware of the punishment … So, no, we’re not going to share your information with the FBI, the DEA, ICE, Section 8, the SRS, IRS or anybody else.”

Emporia residents should expect their first invitations to participate in the 2020 US Census through the mail sometime between March 12-20. Directions for filling out the census online or over the phone will also be handed out during that time.

Reminder letters will be sent from March 16 - April 16, at which time census employees may come door-to-door to households which have not already responded. Legitimate census employees will have proper identification — including branded cell phones and notebooks for data taking — and will never ask to see sensitive personal documents such as birth certificates, driver’s licenses or social security numbers. If such situations arise, residents are encouraged to contact local law enforcement to make a report.

Someone needs to do a little research on what the races of mankind actually are. We learned that in high school where I come from. Brown? What the heck race is that? And, frankly, why even ask race to begin with as why does that matter when doing a count for services, etc.? When it comes to illegal aliens, counting them for services doesn't seem fair as receiving funds for them, most could not get the services in the community anyway, but then it isn't about them getting services, but bringing funding for others for the most part. Ah, think about it as it is in line with the whole "cheaper" labor market thing. Also, many people of all races and legal status will simply avoid the census for a variety of reasons.