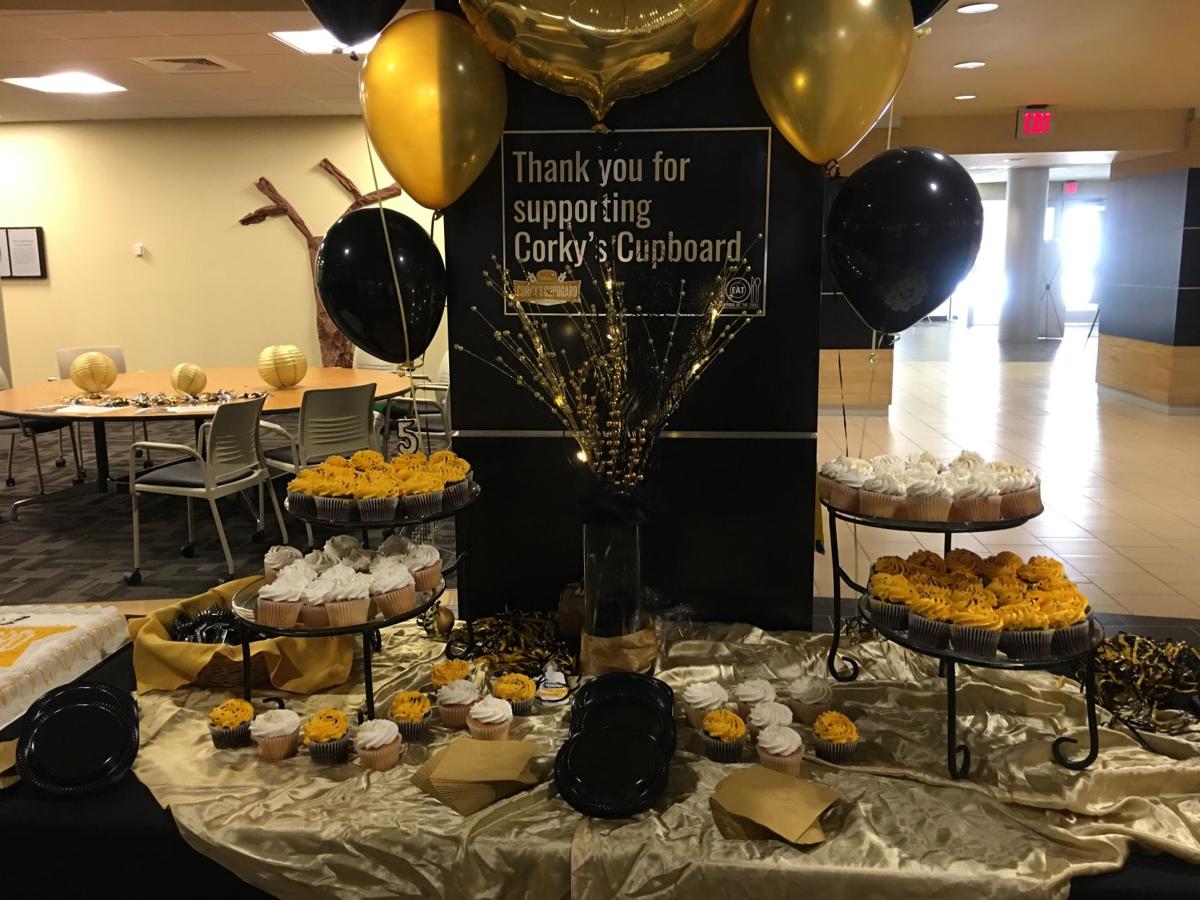 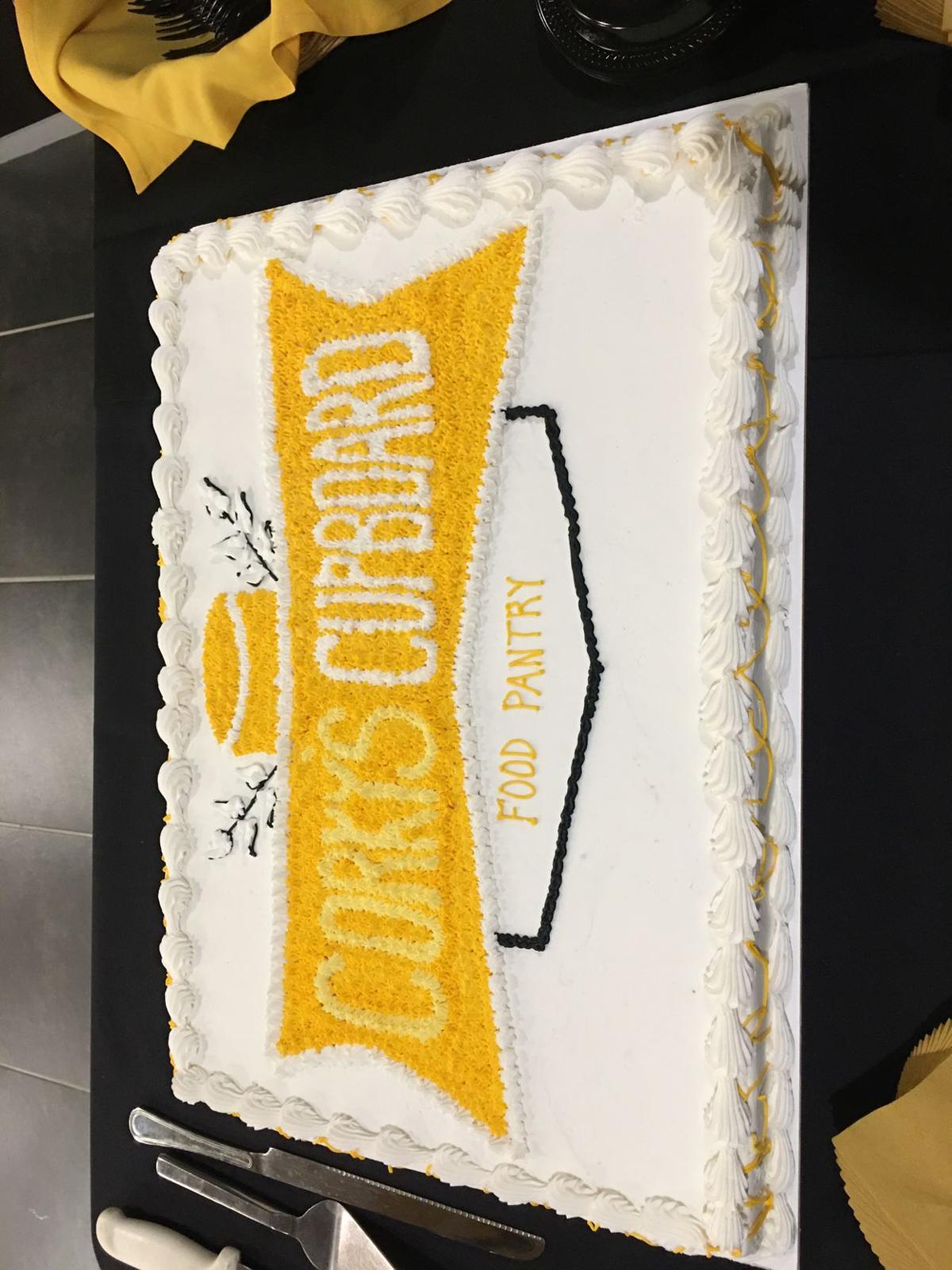 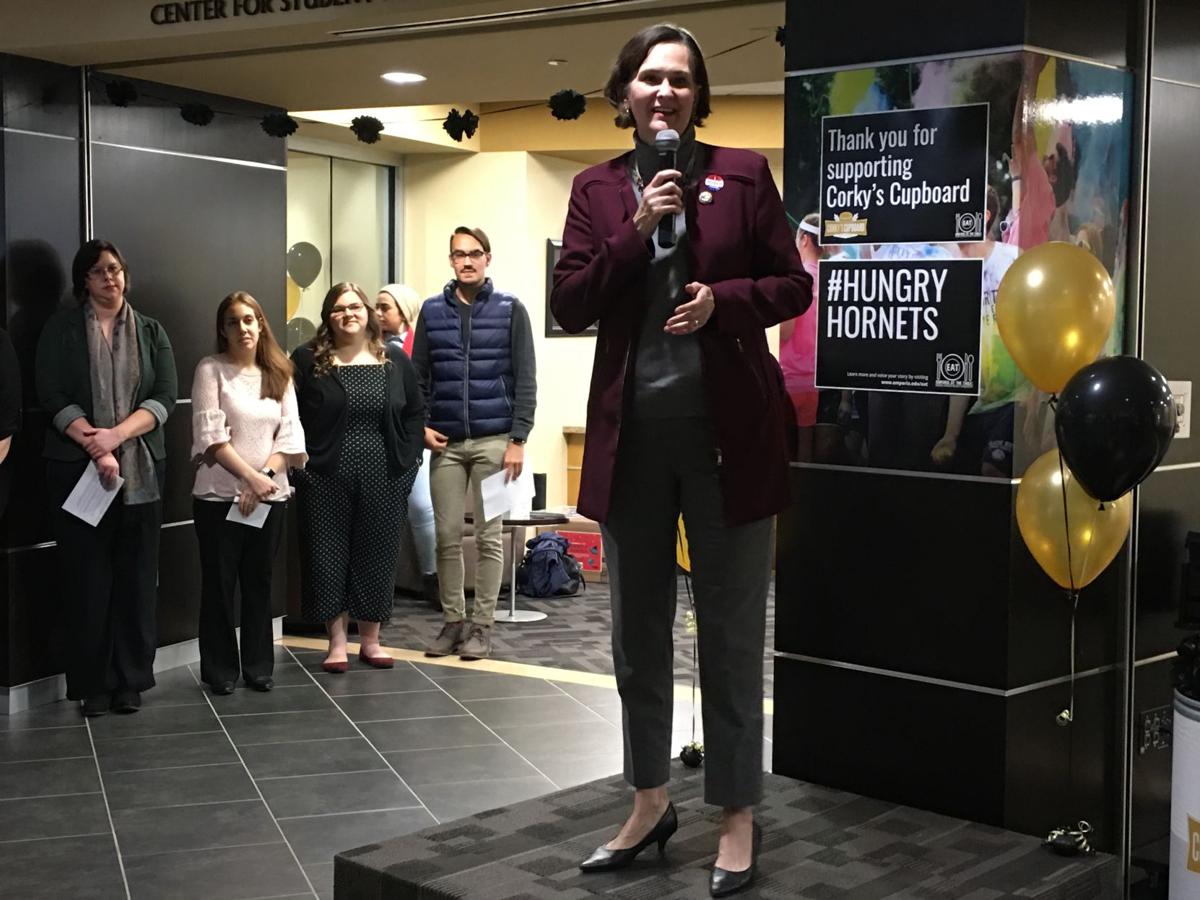 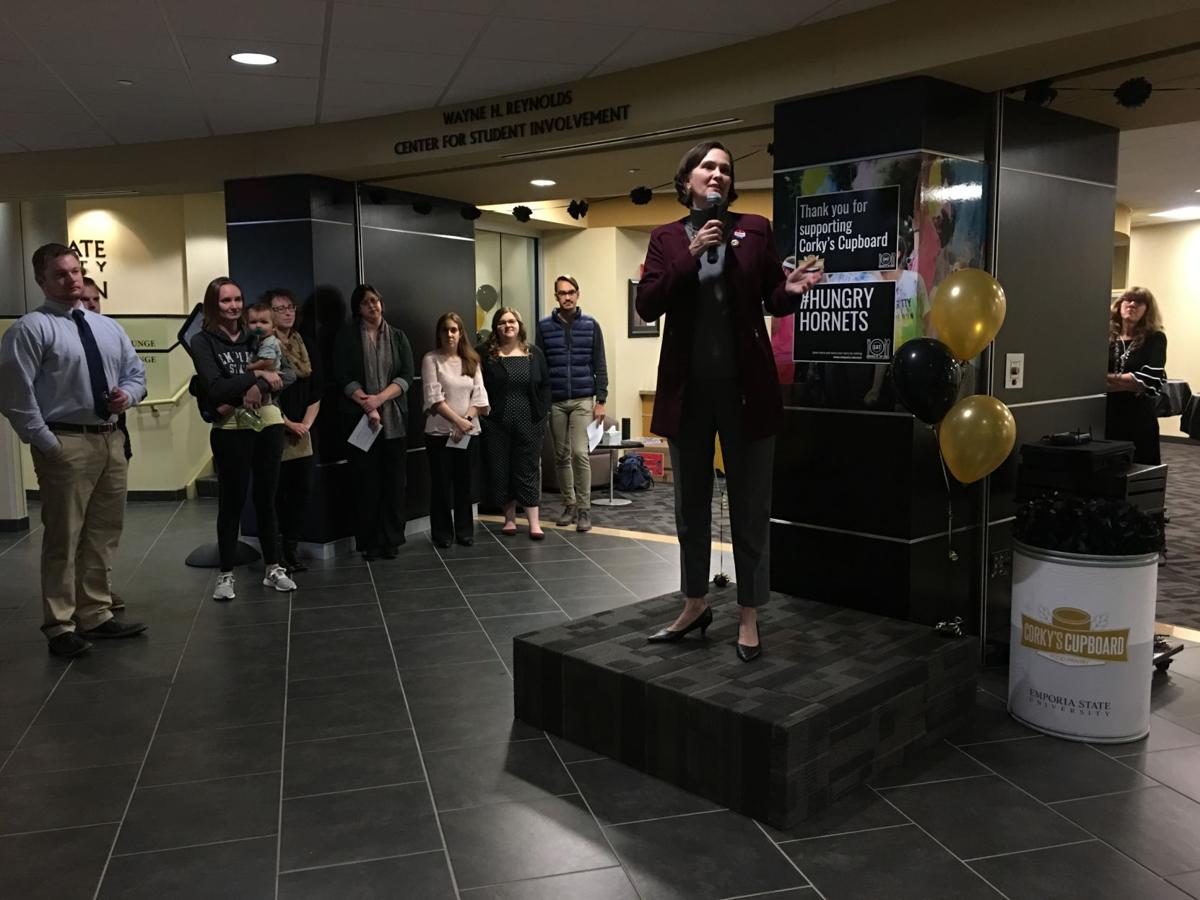 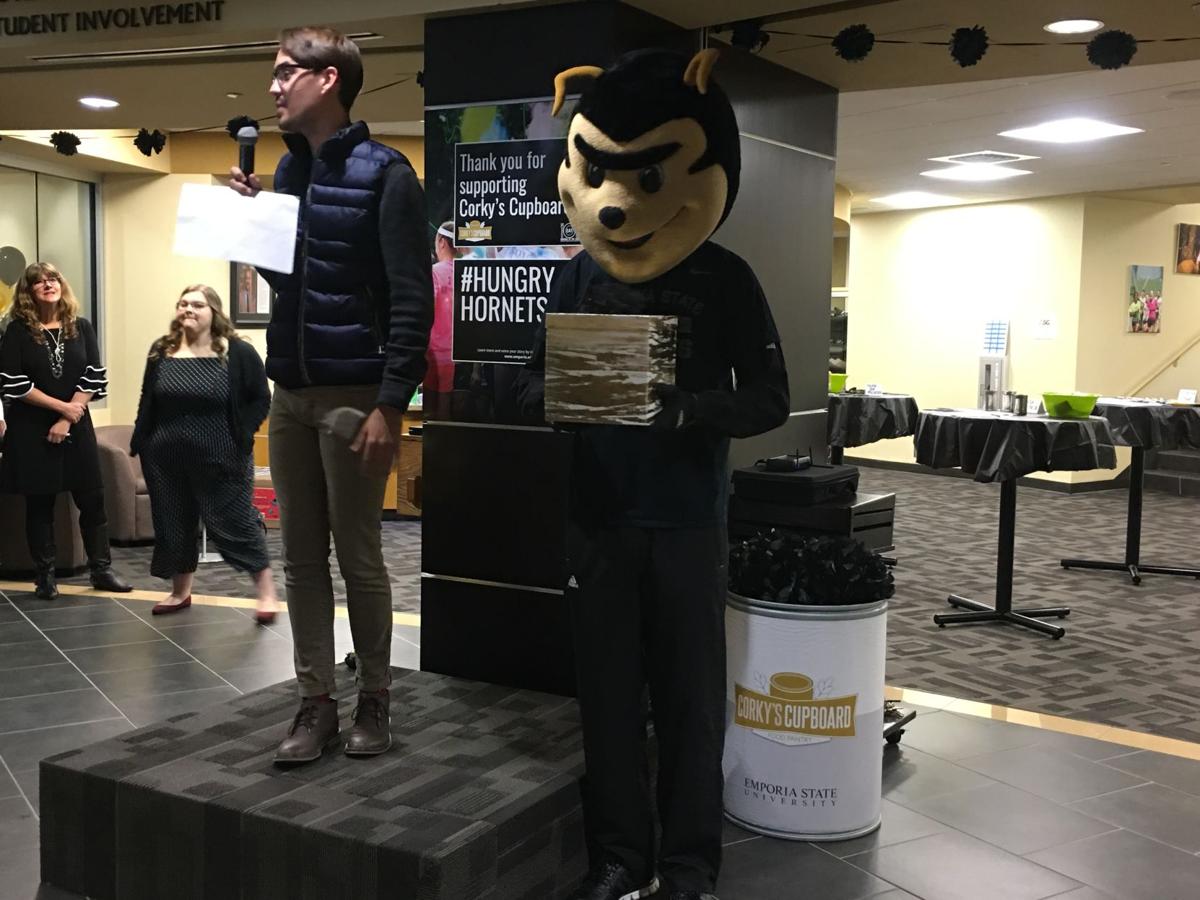 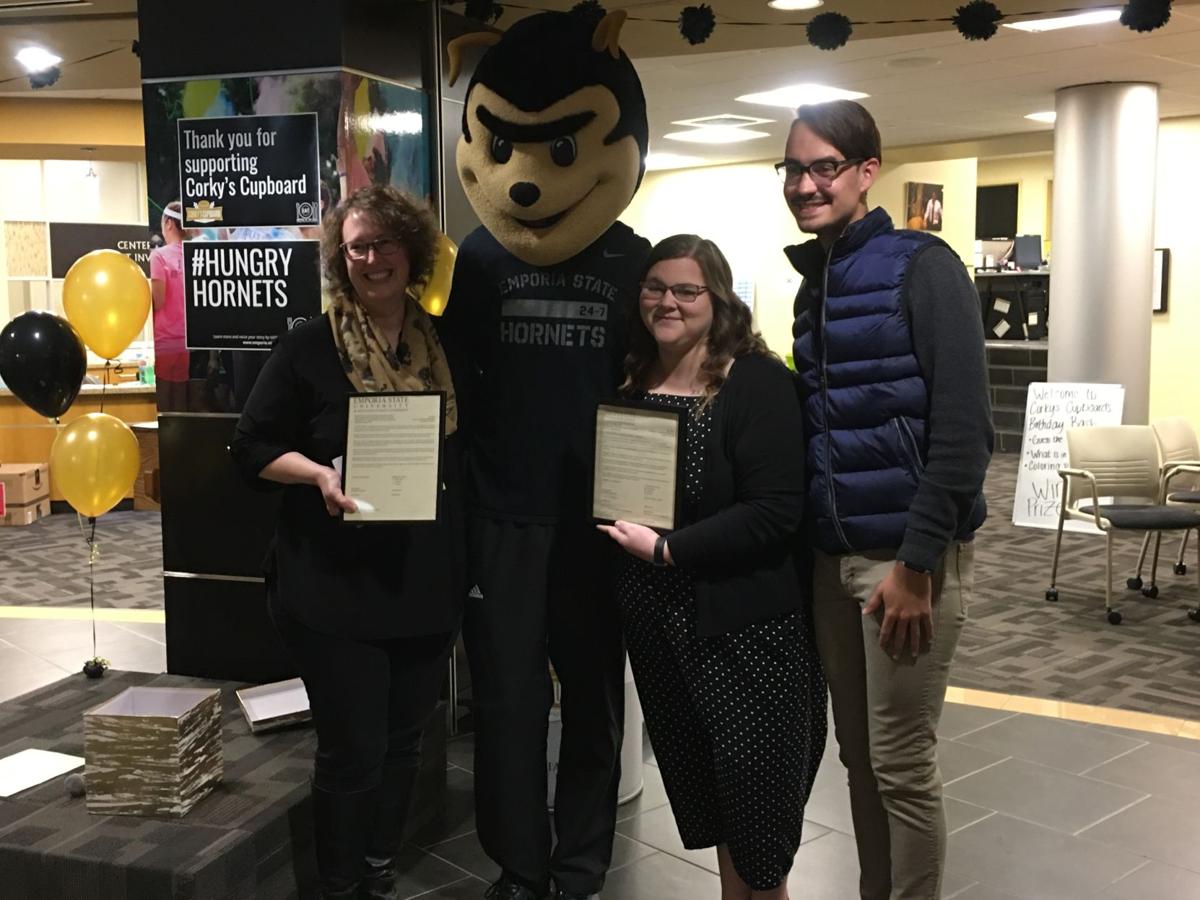 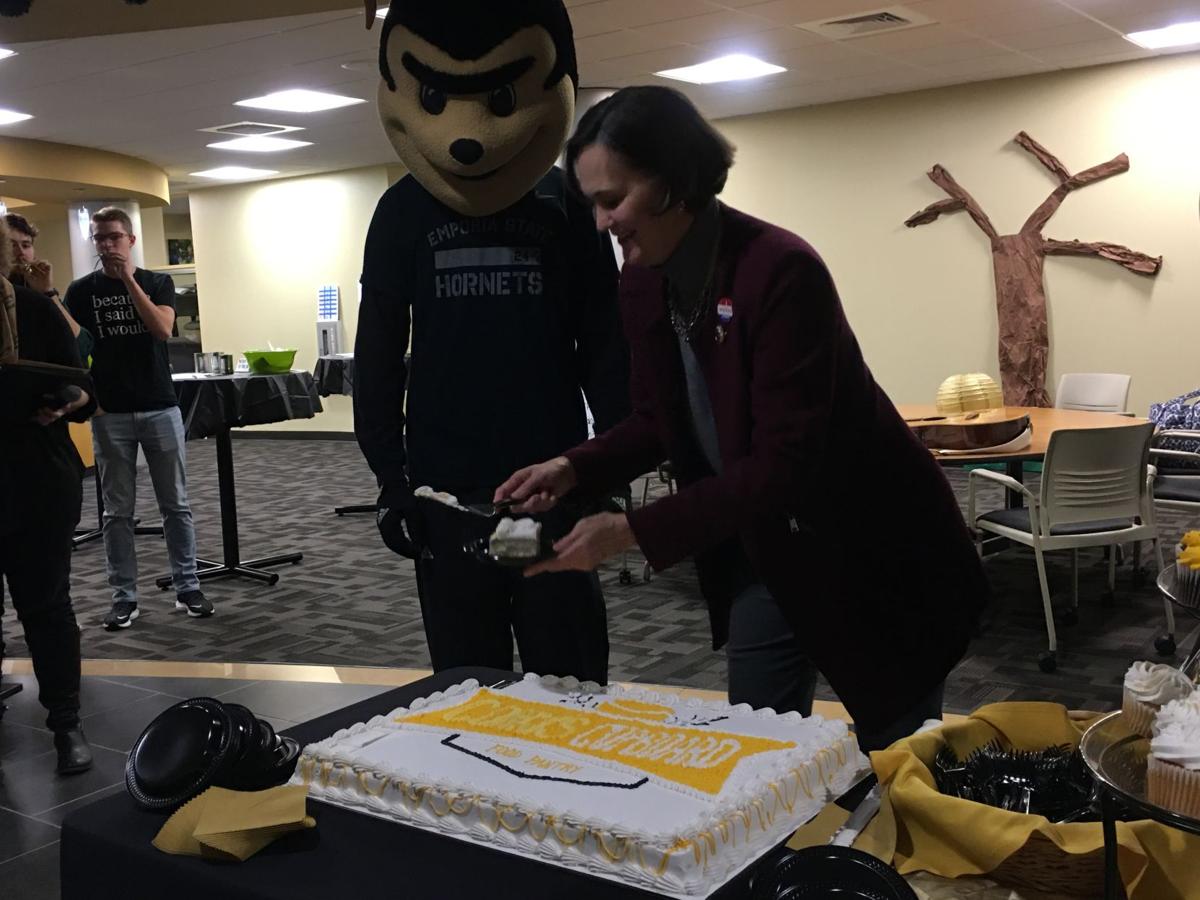 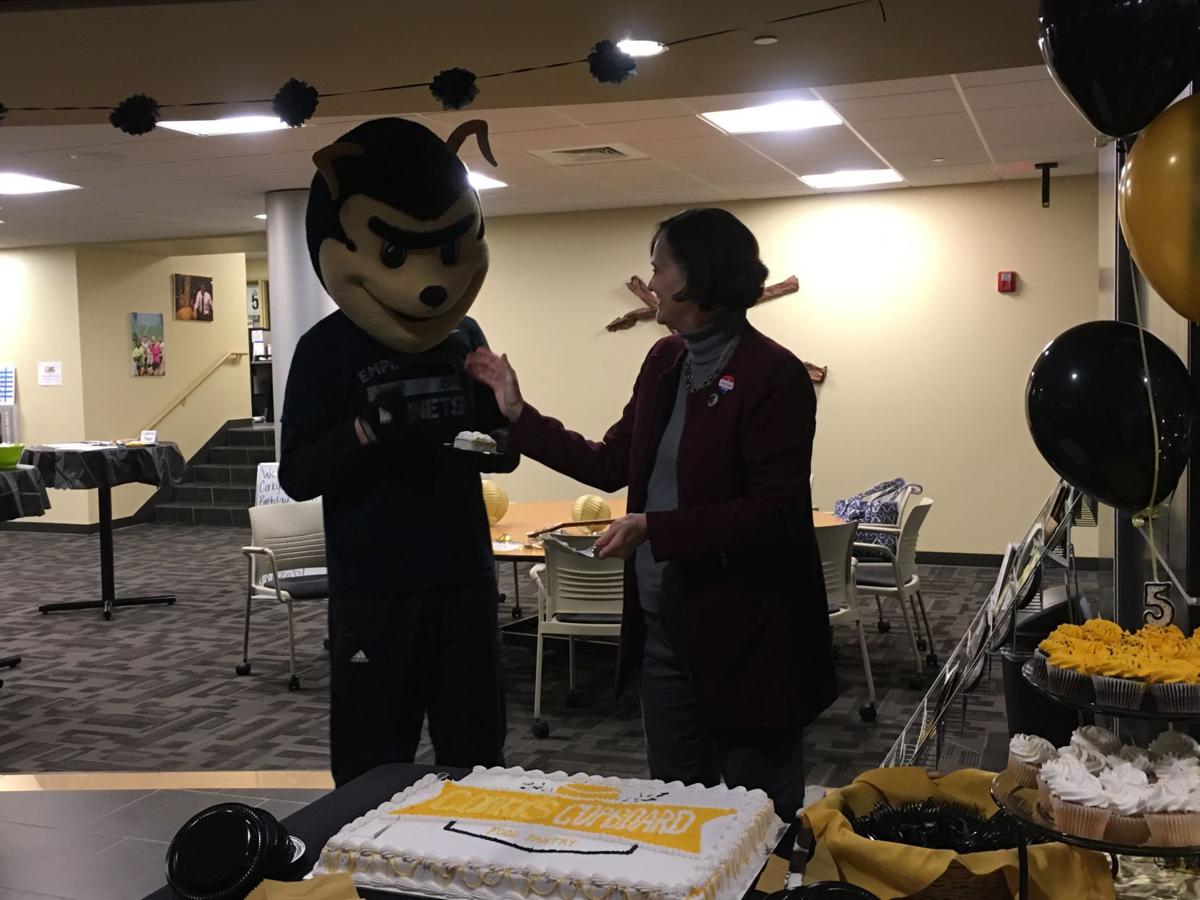 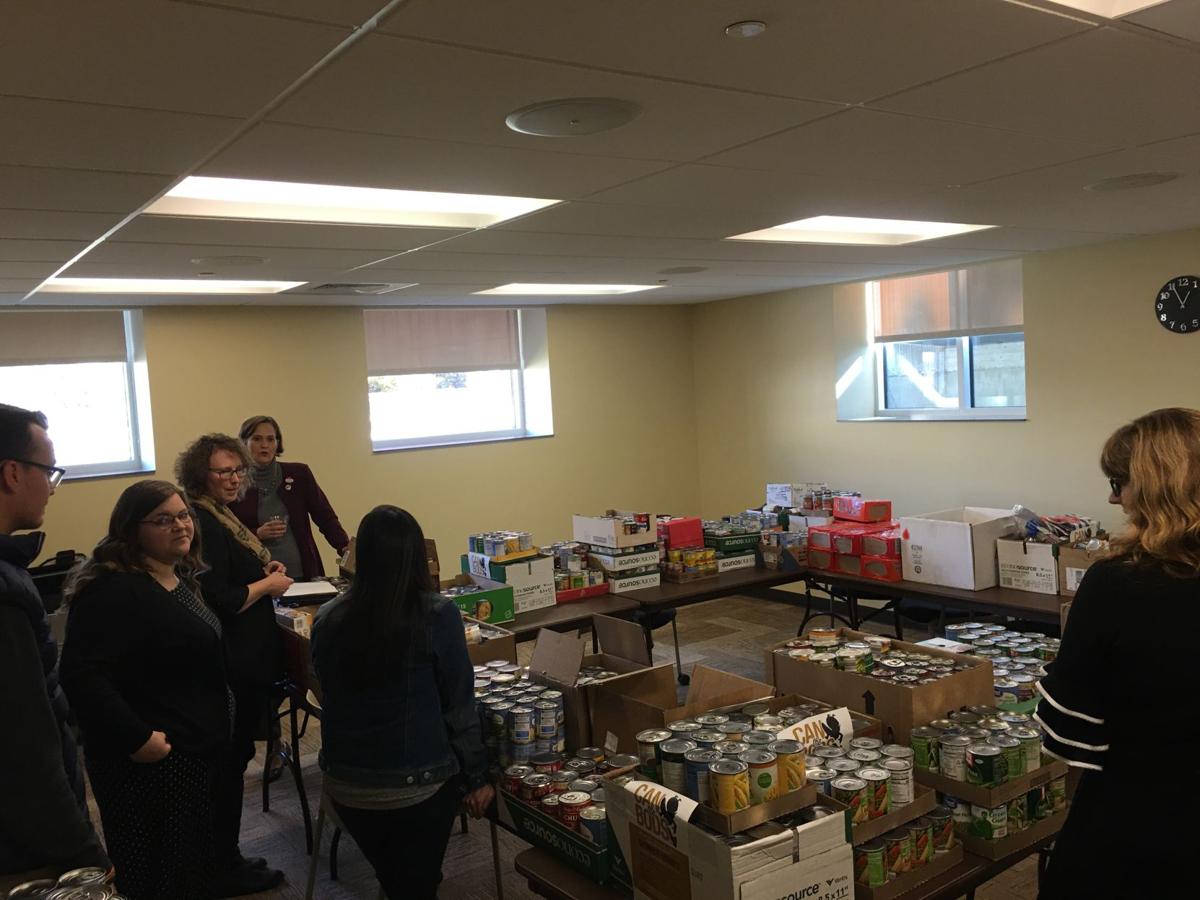 A room filled with food that has not yet been stored on the shelves of Corky's Cupboard. 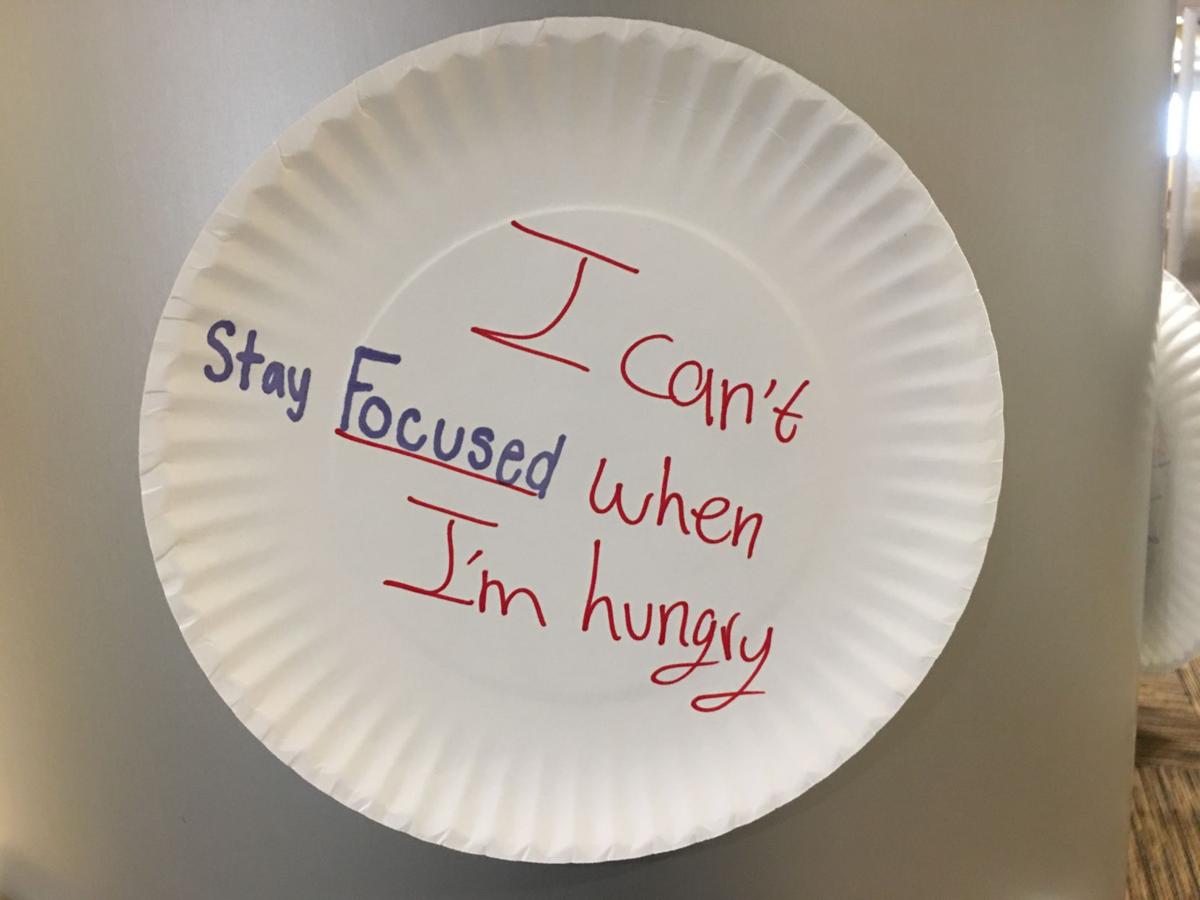 A room filled with food that has not yet been stored on the shelves of Corky's Cupboard.

Corky’s Cupboard is a student-led food pantry that was created by ESU’s Associated Student Government in 2014. It has served 961 clients with more than 57,906 items, such as nonperishable foods, pastas, frozen foods and toiletries, since it began.

“In the Student Wellness Center, we often are the first to know when things start not going well,” Director of Student Wellness Mary McDaniel said. “For years, we’ve been kind of aware of students struggling with hunger. Not that they make appointments for hunger, but when students aren’t getting enough to eat, they get sick. They get sick a lot. Then, of course, the faculty notice. Their grades are slipping, and other things aren’t going well.”

Before Corky’s Cupboard, McDaniel said it was not uncommon for faculty or Wellness Center staff to purchase groceries for students they knew were struggling. Then, things started falling into place and the pantry was created.

Blythe Eddy, director of Student Activities and Community Service at ESU, said Corky’s Cupboard has been a “special” addition to the university in many ways.

“It’s been really special,” she said. “It’s been a special part of the Center for Student Involvement [and] a special part of Emporia State University for the last five years. We’ve learned a lot, we’ve grown a lot and I’m really excited about all of the support we’ve had so we can continue to meet the needs of the students.”

Eddy said she was surprised at how quickly students utilized the pantry and how the number kept growing. But it was worth it.

“When the students who started coming out then thanked us for having Corky’s Cupboard, I mean, that’s where it’s at,” she said. “When they look you in the eye and say, ‘I don’t know what I’d do without this food.’”

Those who benefited from the pantry included students with young children, commuters, those unable to work and more.

Last year, a local church donated a freezer to Corky’s Cupboard, allowing the pantry to offer frozen meats and other foods to students.

Eddy said monetary donations to Corky’s Cupboard through the ESU Foundation are set aside for purchases from the Kansas Food Bank.

“It’s the funding that we get that we can spend on Kansas Food Bank items,” she said.

“It’s hands-on,” McDaniel said. “We develop a menu each time and we try to incorporate one or two items from Corky’s Cupboard in addition to fresh vegetables.”

McDaniel said they also bake, which can be a new skill for students who can cook on the stove-top. The classes are free for ESU students.

ESU President Allison Garrett said food insecurity was a big issue on college campuses, and she was proud that the university was able to find a way to help combat it on a local level.

Garrett, along with presidents from other universities around the world, recently joined the Presidents United to Solve Hunger consortium with a collective mission to end hunger and poverty.

“Thanks to everyone who has a role to play in making sure that students here at Emporia State and people here in the community do not go to bed hungry,” she said.