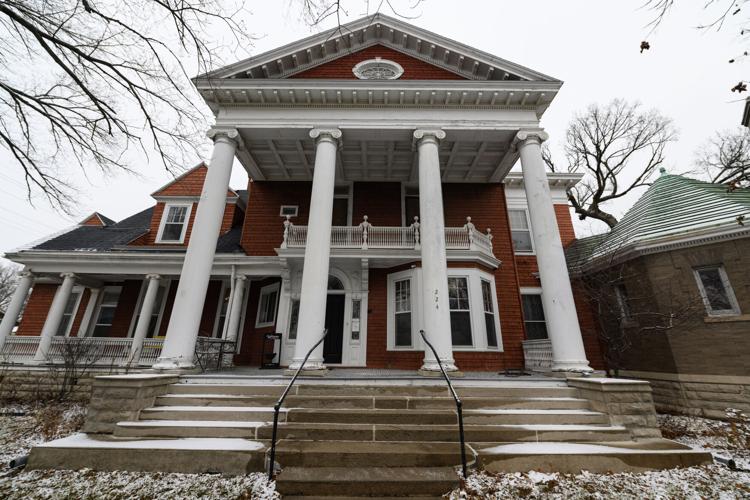 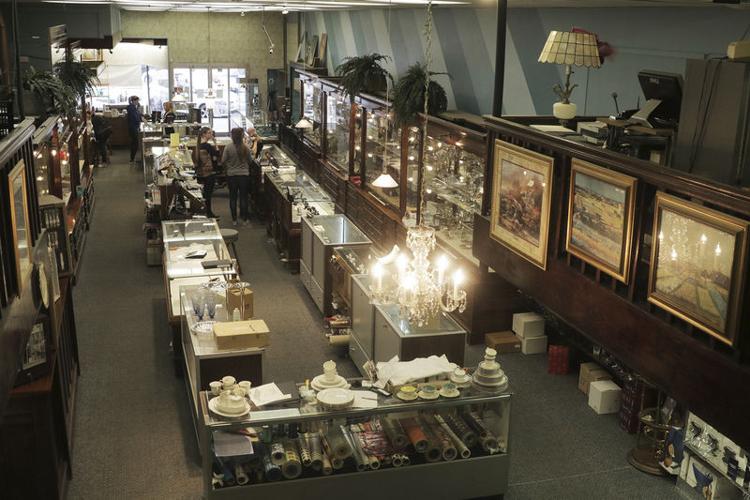 After 68 years, Stanley Jewelry, located on Sixth Avenue and Commercial Street, closed its doors in March 2016. Chris Stanley now hopes to move items from the store to the Plumb mansion.

After 68 years, Stanley Jewelry, located on Sixth Avenue and Commercial Street, closed its doors in March 2016. Chris Stanley now hopes to move items from the store to the Plumb mansion.

A family with a long business history in Emporia soon could own one of the city’s most historic buildings.

The retired owner of Stanley Jewelry confirmed Friday that she has a contract to purchase the Plumb mansion at 224 E. Sixth Ave. Court hearings in July could make it official.

“I wanted to save it. It’s kind of deteriorating,” Stanley said.

Yet her decision to pursue “Plumb Place” was a bit impulsive. Stanley read on Facebook that a deadline was approaching for bids, so she filed documents shortly before the deadline.

“I never really thought I would win the bid,” she said. “But I’m very happy that I did.”

Restoration specialist Ross MacTaggart, who has criticized how the property sale has been handled, wrote on his blog Thursday that the deadline passed with five bidders in the running.

A Lyon County judge apparently selected Stanley’s offer several weeks ago. Olpe banker Kevin Flott, who handled the sale, said Friday that a petition was filed with the court Tuesday, May 31.

Flott did not disclose the purchase price, but MacTaggart claims all the bids were above the online asking price of $199,000.

Stanley closed the jewelry store on Commercial Street in March 2016, after 68 years in business. She currently operates Brickside Beds Airbnb on Sylvan Street, which she says is frequently full.

Stanley also has faced the challenge of cancer, which left her sick for a year. She said she’s been remission for some time.

“I’m starting to feel like me, again,” she said, “So I thought I needed something to keep myself busy.”

But she noted the Plumb mansion won’t be ready for Airbnb guests for at least a year. It’s a big building, with a lot of renovation required.

“It’s going to have [fewer] bedrooms than it has now,” Stanley said, with some room enlargements planned.

But one concern for her is talk that the Plumb mansion has restrictions, even as far as requiring permission to paint the walls.

MacTaggart hoped someone else would win the bidding for the mansion. He seems concerned about how active Stanley will be, considering the status of her old store.

“It remains today as it was the day the business closed,” he wrote Thursday.

That reflects some of the emotion and controversy that has surrounded the Plumb property, especially this year.

His interest led his father, Lyon County District Judge W. Lee Fowler, to recuse himself from court cases involving the property sale. Then the area Planning Commission turned down a rezoning request in April.

Emporia City Commissioner Jamie Sauder called the handling of the sale “incredibly subpar from the get-go” when the commission rejected a zoning appeal in May.

MacTaggart even filed a complaint with the Kansas Real Estate Commission about it, which apparently is still pending.

Stanley now enters all this.

She explained the status of her old storefront Friday by saying she’s resisted holding an auction of items for sentimental reasons. In addition, one of her sons used the store as storage for a time.

But some items from Stanley Jewelry could be moving with her to the Plumb mansion.

“There are some beautiful Waterford lamps, chandeliers,” she noted. One of those chandeliers reportedly dates from the 17th century.

Stanley hopes to get the keys to the mansion after two Lyon County court hearings.

“There’s a contract in place right now,” Mickey Edwards with the Plumb Place steering committee said Friday. “It cannot be finalized until the court approves the buyer.”

“There’s a court date set July 6 to confirm the sale,” Flott said. “If we get a positive court ruling to set the sale, then we’ll close on [July 12].”

Edwards’s committee has acted as “advisors to the court,” she said, since the Plumb Place women’s shelter closed at the end of 2020.

“The court-appointed receiver will present the financials to the court,” Edwards said. Then a judge will officially appoint members to a Plumb Place board, even though she said that board already is in place and working.

Flott is optimistic that all will end well.

“Hoping to get to the finish line,” he said Friday. “Anxious to wrap things up and have a smooth transition.”

Stanley is ready for that, too. She says Emporia needs more places to stay. And she wants the mansion to be beautiful again.

“I want the community to be able to come in and enjoy it and see it,” Stanley said. “I’m going to keep all the things that matter.”